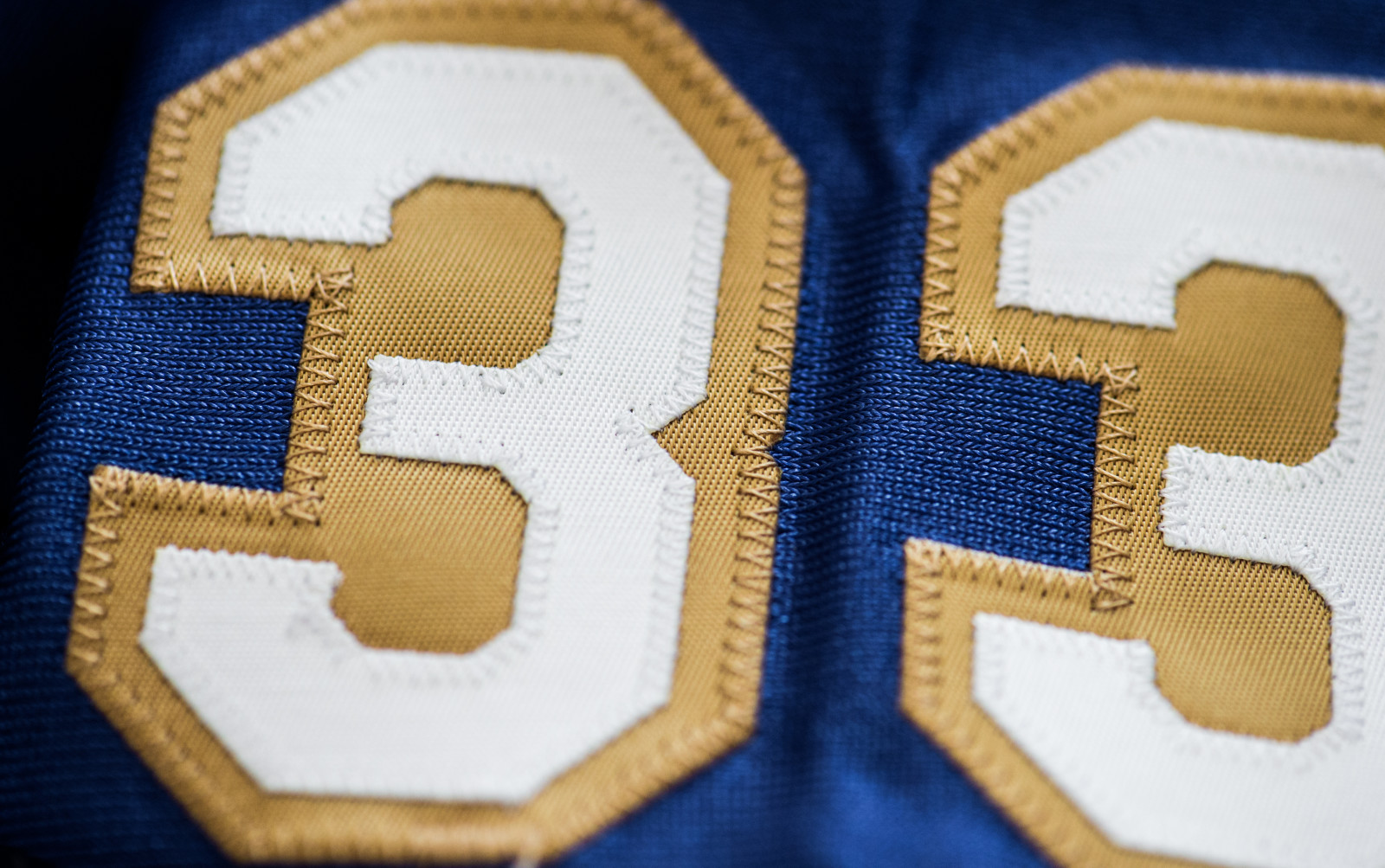 It’s much too simplistic to refer to them only as random numbers stitched onto the fronts and backs of jerseys.

Jersey numbers are identifiers for every player who pulls on a sweater, whether they are the superstars of the game or foot soldiers who live from practice to practice.

And for the true legends, those jersey numbers over time become synonymous with the name on the back.

Winnipeg Blue Bombers fans, for example, think of Milt Stegall and the number 85 instantly pops to mind. Charles Roberts is 1. Big Chris Walby was 63, and of course, Ken Ploen was remembered for his 11 (although he also wore 89).

And so jersey numbers – who wore what and when – have become as much a part of a team’s folklore as game-winning kicks or last-play touchdowns. They are a part of history and a fascination for players and fans.

With all that in mind, bluebombers.com is launching its Bomber numbers project – ‘Blue By The Numbers’ – beginning now in December and carrying through over the next 101 days. We’ll be taking a look daily at each of the numbers, from 1 to 0/00, and providing a list of all the players who wore them in the 86 years the Winnipeg Football Club has been doing its thing.

We dug into our archives as a starting point for this, but also relied on a couple other data bases to build our files. And admittedly, it is incomplete. We’re not only lacking many numbers from the early days of the franchises, but first names of some players as well, particularly from the team’s early days.

At the bottom of this story we have included all the players for whom we don’t have numbers and would be grateful if Bomber fans with knowledge could help us fill in the blanks by e-mailing etait@bluebombers.com.

In the meantime, some jersey number background info:

The Bombers haven’t formally retired numbers, but the following are officially no longer available to players:

11 – Worn by hall of famer Ken Ploen, the face of this franchise during his playing days from 1957-67 and later into his retirement. Ploen also wore 89, as did many players of that era who played both sides of the ball.

28 – Jeff Nicklin was a decorated Bomber from 1934-40 before becoming a decorated soldier in World War II, passing away on the battlefield in 1945. The winner of the Most Outstanding Player Award in the West Division is annually presented with the Jeff Nicklin Memorial Trophy.

75 – As a tribute to Tommy Lumsden, who played end, defensive end, tackle and guard for the Bombers from 1951-54 but passed away at the age of 25 in a Winnipeg hospital while suffering a gall bladder attack near Beausejour. The Tommy Lumsden Trophy is presented annually to the Bombers’ top Canadian player.

That information is passed down from one equipment manager to the next and Brad Fotty, who has been in the position since 1990, has since put Walby’s 63 and Stegall’s 85 out of commission. The same was done for Bob Cameron’s 6, but when the club signed quarterback Dominique Davis – who asked for that number – the hall of fame punter gave his thumbs up for it to be brought back.

Other numbers – like Doug Brown’s 97 or the 1 worn by Roberts – are not available for a few years after their retirement as a sign of respect, but with close to 90 players brought in annually to training camp, football teams simply can’t retire the numbers of all their greats.

Once a player is signed by or traded to the Bombers, he is asked for his top three number choices. CFL veterans get first choice in an unofficial priority list, followed by NFL veterans, draft choices and rookies.

If all three numbers are taken, a player is assigned one. After training camp when the team is selected, a player does have 24 hours to change his number, based on the same priority list. Players have made trades to get their favourite numbers in the past, with the transactions including money, gift cards or dinner.

Now, what we’ve discovered in our research is that many players wore one number during the preseason and then had another when the real games began. We’ve attempted to use just jersey numbers worn for regular season games in our project, fully understanding there could be discrepancies.

And finally, just an FYI: according to the CFL rule book, eligible receivers can wear numbers from 0-49 and 70-100; ineligible receivers – the five players who line up at the line scrimmage in a continuous, unbroken line – will wear numbers from 50-69. CFL rules prevent teams from dressing two players with the same number for a game, although it is allowed in the preseason.

What follows is a list of all the players in Bombers history for which we are missing data. Again, if fans can help with info, please pass it along. Pointing out errors and omissions is also welcome, but we would need some sort of proof or verification to make the changes to our data base.

Please check in daily from now until March 14, 2017 (excluding Christmas Day) as we look at those Bombers who wore the numbers 1 through 0/00.