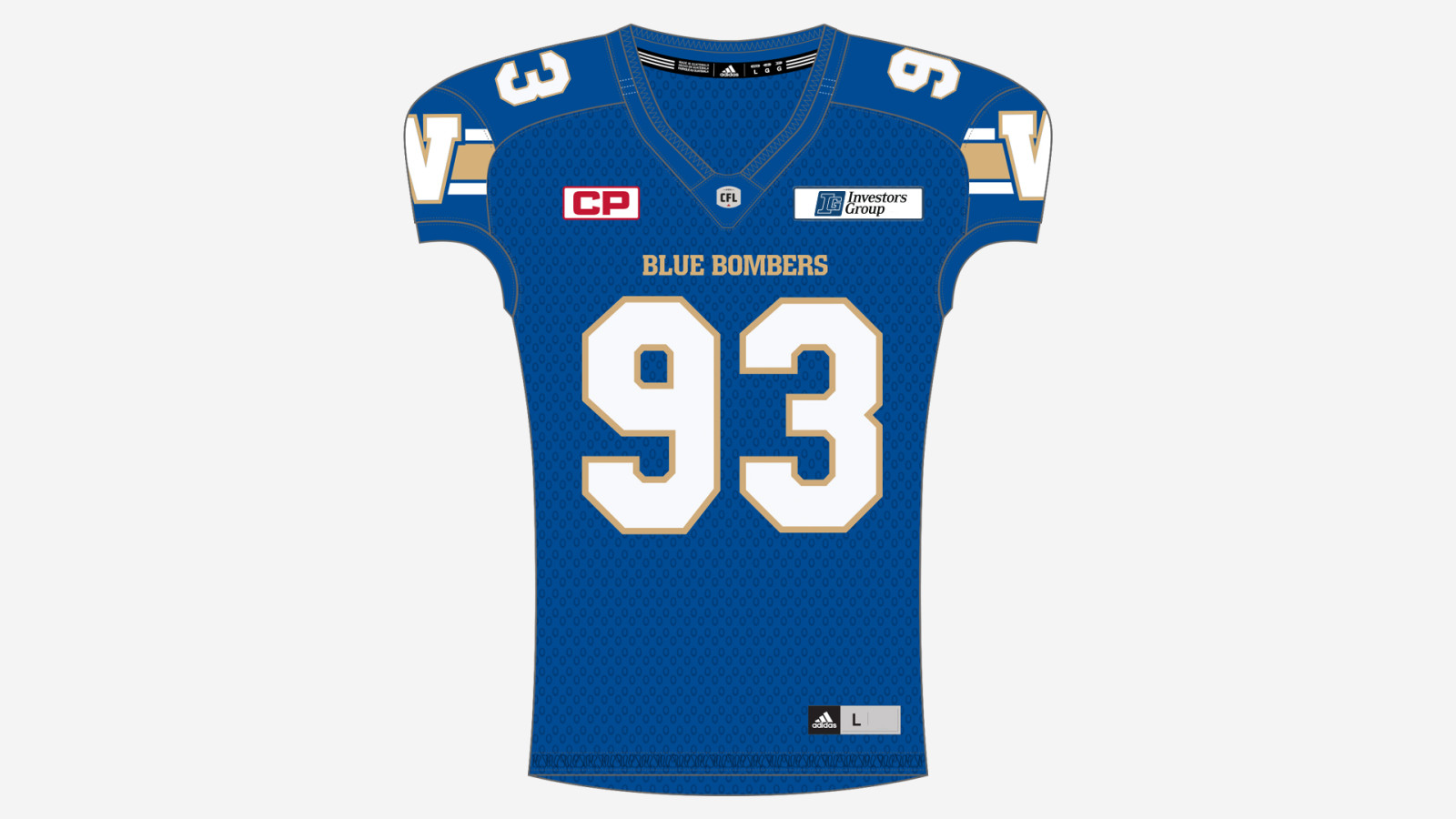 A Winnipeg kid who played his college ball at the University of Manitoba, Don Oramasionwu was a fifth-round pick of the Blue Bombers in 2008 (39th overall) and, after attending training camp that year, returned to the Bisons for a final year of college ball. Oramasionwu used his pure strength to make an impact in a rotational role with the Bombers, racking up nine sacks and 39 tackles over his three years, before joining Kavis Reed – a former Bomber assistant – to the Edmonton Eskimos as a free agent.

A Vanier Cup champion with the Bisons in 2007, Oramasionwu also won a Grey Cup with the Eskimos in 2015. This winter he rejoined Reed, now the GM of the Montreal Alouettes, as a free agent signing with that club.

We highlighted Bomber hall of famer and Manitoba Sports Hall of Fame member Nick Miller at #92.