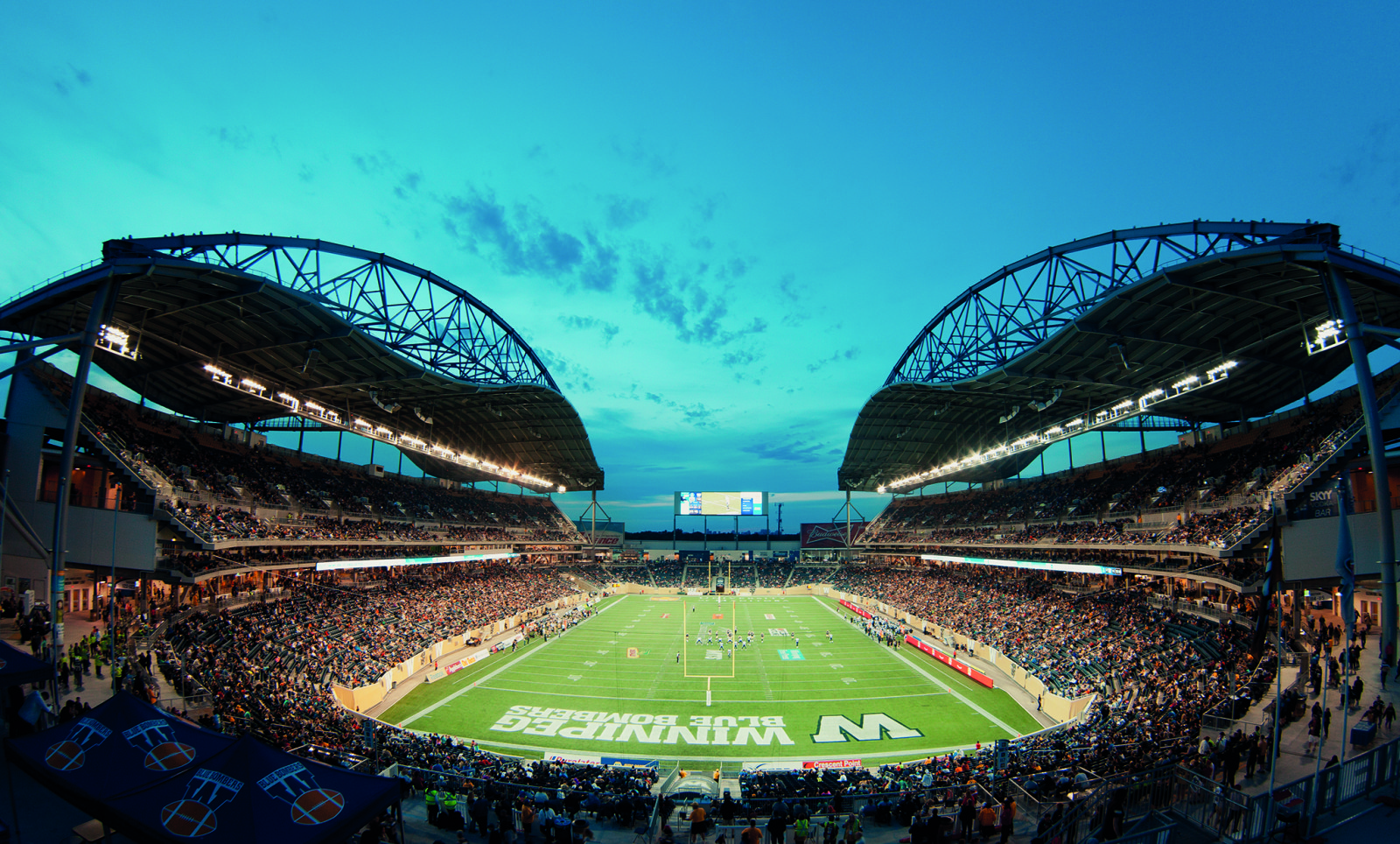 IG Field is the spectacular new home of the Winnipeg Blue Bombers, located on the campus of the University of Manitoba at the corner of Chancellor Matheson Road and University Crescent. The state-of-the-art stadium hosted its first game on June 12, 2013, a pre-season tilt against the Toronto Argonauts.

The fully accessible facility holds 33,500 fans, with ability to increase to approximately 40,000 for major events including Grey Cup and other international events or concerts. It is the largest canopied structure in Canada with eight acres of roof standing approximately 200 feet in the air.  The canopy provides coverage over approximately 80 per cent of the seats. There is a 30’x123’ HD video board above the north and south end zones, each of which is comparable to the size of the jumbotron at Rogers Centre in Toronto and in many NFL stadiums across the USA. There are also 240 HD video monitors throughout the stadium. IG Field has a sunken bowl design, with the playing field dipping 25 feet below the main concourse.

The Bomber Store, the team’s flagship retail shop, is a 4,000 square foot space which also houses our Season Ticket Centre. The Bomber Store is open year round, and features the best in Winnipeg Blue Bombers official merchandise; all proceeds from the sale of merchandise at the Bomber Store come directly back to the team.