“Everyone knows I love Winnipeg.” | Moe Right At Home 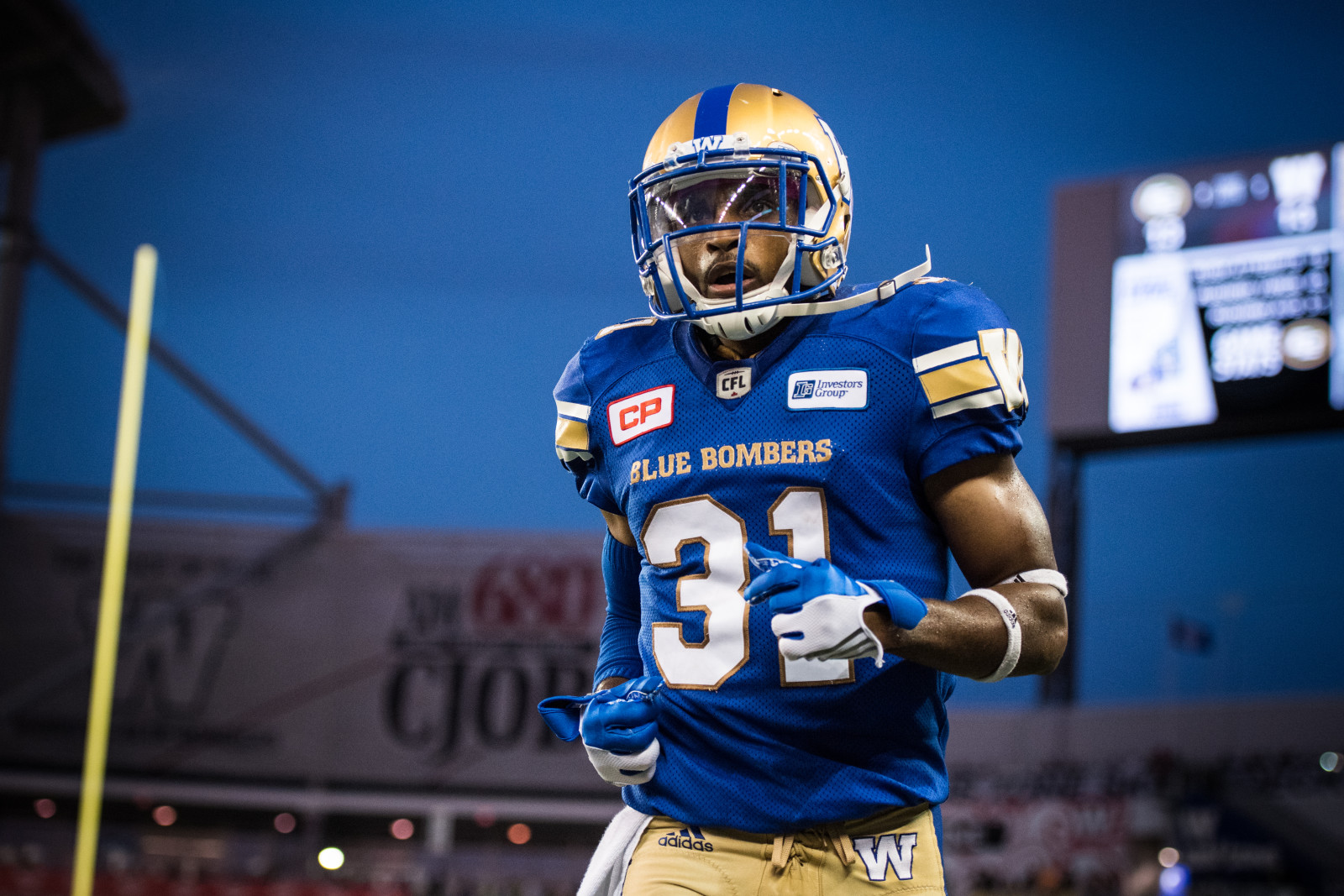 “Everyone knows I love Winnipeg.” | Moe Right At Home

Winnipeg Blue Bomber fans have come to know a ton about Maurice Leggett in his 63 games over four years in blue and gold.

This is the canvas he has painted: he’s a game-changing defender and underrated kick returner who has lined up at safety, halfback and linebacker for this team since 2014, and was twice voted the club’s Most Outstanding Defensive Player. He’s made Winnipeg the year-round home for his family and spends hours making public appearances, coaching and giving back to the community.

Both those sides of Leggett – the on-field dynamo and the off-field contributor – have combined to make him one of the most popular Bombers in the last decade-plus.

But what remains a bit of a mystery are the components that make up the unique motor that drives the 31-year-old; an engine that is fuelled by both his desire to be the best at his position and the slights – real or perceived – he feels as an occasionally unappreciated component, especially outside of Winnipeg, in the Bombers defence.

And it’s that motor that was a massive factor in getting Leggett back with the Bombers after he signed a new one-year contract on Monday. The man is driven, after all, to silence the doubters who wondered aloud about his football future the moment he suffered a ruptured right Achilles tendon last October.

And so, after scribbling his name on a new deal, Leggett has a message all those who scoff at the idea he will not only be back by the start of 2018, but return to form:

“People that are around me, that know me, are like ‘You’re not human’ because of the things that I actually put myself through, no normal person would want to,” Leggett said Monday when describing his offseason rehab.

“It’s ‘Why are you doing this?’ It’s because I love the game so much.”

Leggett’s value to the Bombers was never more apparent than last season, both when he was making highlight-of-the-night plays before the injury and then when he was lost for the season.

Winnipeg was 10-3 with Leggett in the lineup as he recorded 50 tackles, registered three sacks while picking off three passes – returning one for a score – forcing three fumbles and also returning a punt for a touchdown.

And when he was out of the lineup, the Bombers were just 2-3 – 2-4 including the Western Semifinal loss to Edmonton. 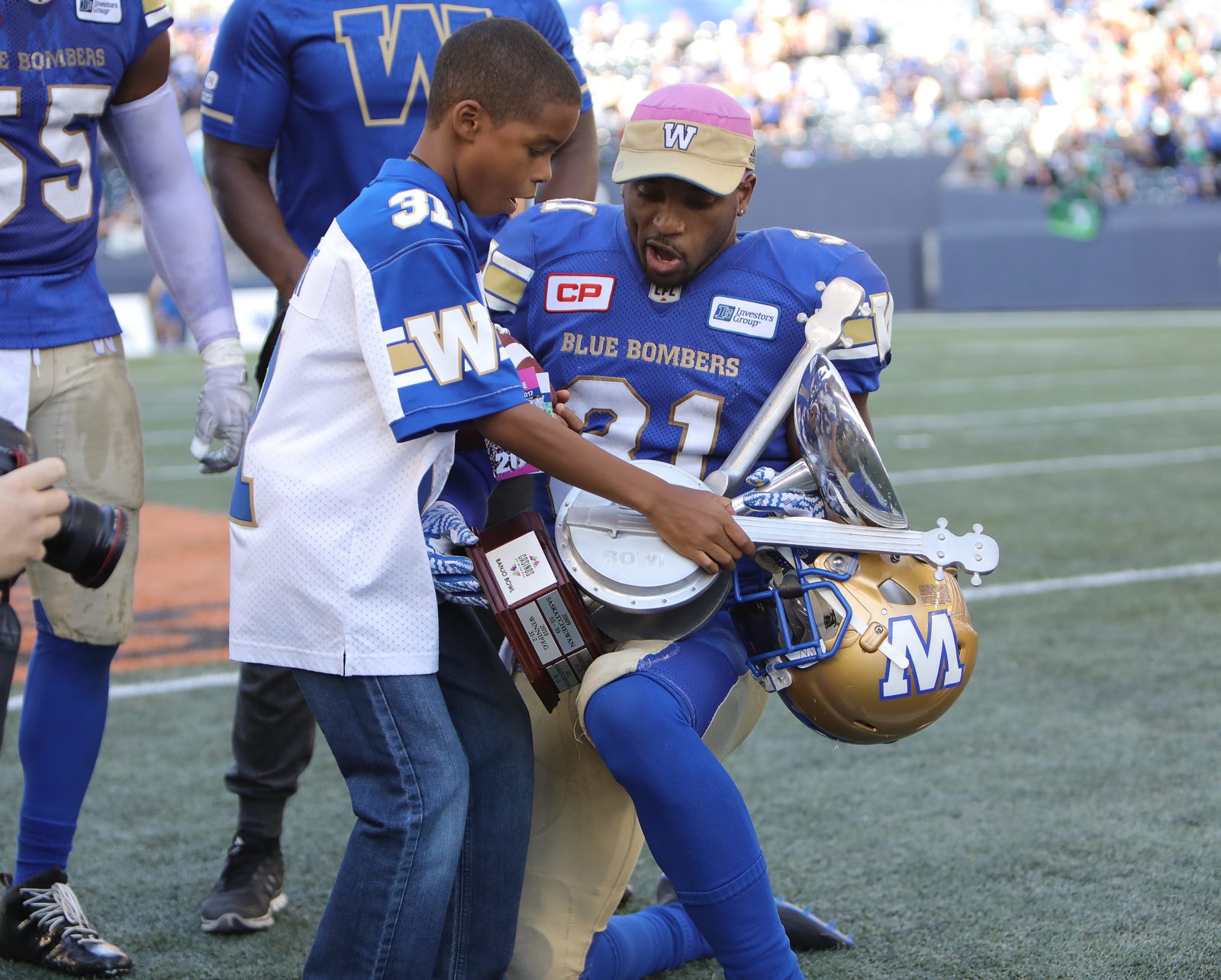 That’s why, should he have made it to the free agent market next week, Leggett likely would have fielded phone calls from around the league. Yet, he insisted Monday that leaving Winnipeg wasn’t really an option, partly because of the roots he’s established here and how close the club is to ending its long championship drought.

“I wasn’t tempted. I wasn’t tempted at all,” he said. “Everyone knows I love Winnipeg. This is a great organization, I like what’s being built here and I feel like I’m a key part to it. It was a no-brainer.”

“The city in general has been so helpful with me and my family. They embraced my family and it feels like we’re actually from here. I’m considering settling down here once I retire. This organization is first class. They gave me another chance, a second opportunity, when I had doubts about whether I wanted to play again. That was the starting point for it. You have Coach O’Shea, you have Kyle (Walters), you have Wade (Miller)… from top to bottom they actually care and have shown just so much love for me.”

Asked for an update on his rehab – an Achilles injury can take months to heal – Leggett, who posted a video of himself dunking a basketball last week, smiled and said: “I’m right where I need to be.”

Leggett’s leadership will again be vital for a defence that will enter 2018 even more under the microscope. No team has forced more turnovers over the past two seasons than the Bombers, and no team has surrendered more yardage. And starters like T.J. Heath, Jamaal Westerman and Jake Thomas are all inching closer to free agency next week. 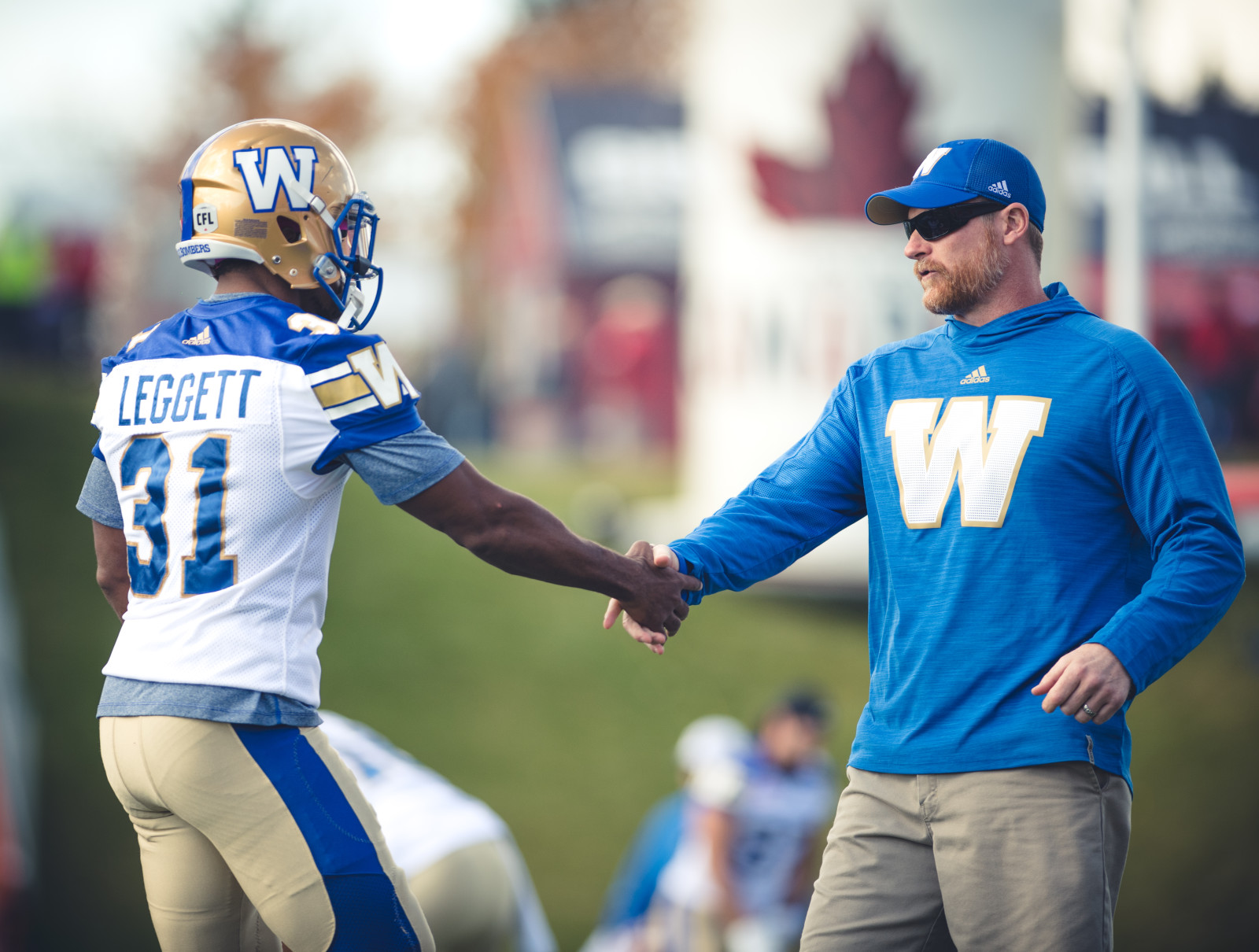 He’ll be working, as well, with a new secondary coach this season in Jordan Younger, with Glen Young now coaching both linebackers and the defensive line and with head coach Mike O’Shea indicating he’ll be more involved in the defence.

“It’s another set of eyes. It’s more like an editor giving his input,” said Leggett of O’Shea’s increased involvement. “He has experience, he sees things differently. And especially for the linebackers, he can talk to them and say, ‘This is what I see. What do you see?’ and then they can talk about it. He’s an intense guy, very passionate and emotional and he can bring that into others.

“We just have to continue to build and build chemistry. We started off with two rookies on the field side (Roc Carmichael/Brian Walker and Brandon Alexander) and it’s kind of tough to build off that when you don’t have chemistry. We have to figure out what we’re going to do and how we’re going to plan so that we can start off faster.

“I feel like we’re so close. We were a dominant defence… we gave up big plays, but we also took the ball away a lot. That can be overlooked with the big plays, but it’s more of a bend don’t break defence for us. Inexperience, that’s where the big plays happen because of a lack of experience. We’re just trying to build and the veterans like myself and Chris Randle have got to talk to the younger guys to actually have them understand what’s really going on and how it should be done.”