“Winnipeg is my football home” | Briggs remains in blue & gold 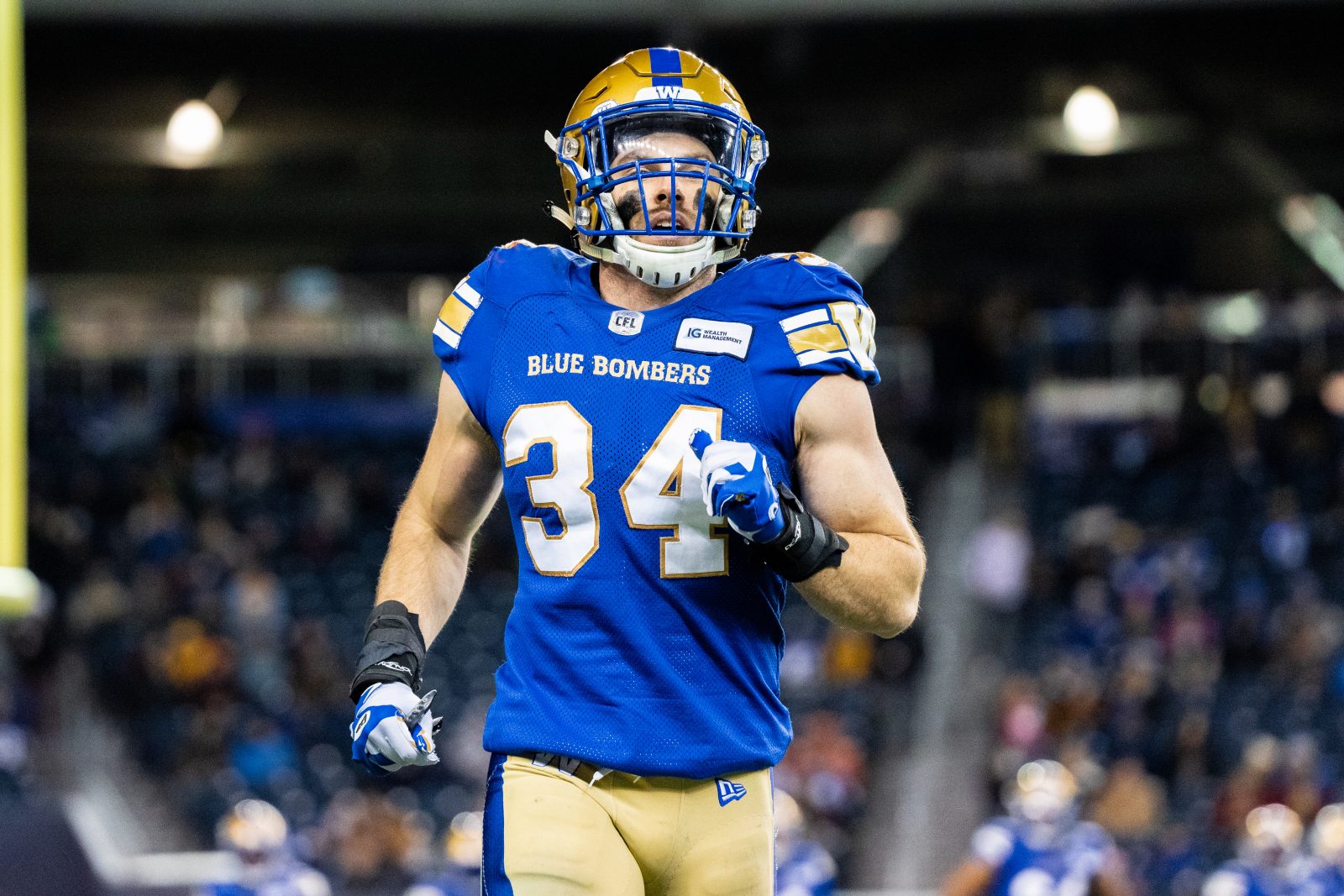 “Winnipeg is my football home” | Briggs remains in blue & gold

Jesse Briggs was there at the beginning, back when so many players were coming and going into and out of the Winnipeg Blue Bombers locker room the doors to the joint could have been replaced by turnstiles.

A second-round selection (17th overall) by the Blue Bombers in the 2014 Canadian Football League Draft, Briggs arrived to find an organization undergoing a massive facelift and the start of the Wade Miller/Kyle Walters/Mike O’Shea regime. And so it’s those moments that Briggs – who has signed a one-year contract extension this weekend to remain with the club – remembers most when comparing then to now as two-time defending Grey Cup champions.

“It’s night and day,” began Briggs in a chat with bluebombers.com from his offseason base in Montreal. “In those early days there were so many faces coming in and out. And then slowly but surely, they built up a core of guys that have stuck around for the last four-five years.

“It seems like in ’16 we turned into a contender and have been since. Before that it was new faces in and out all the time… I can’t even think of how many guys I saw come through that locker room in my first two years there.” 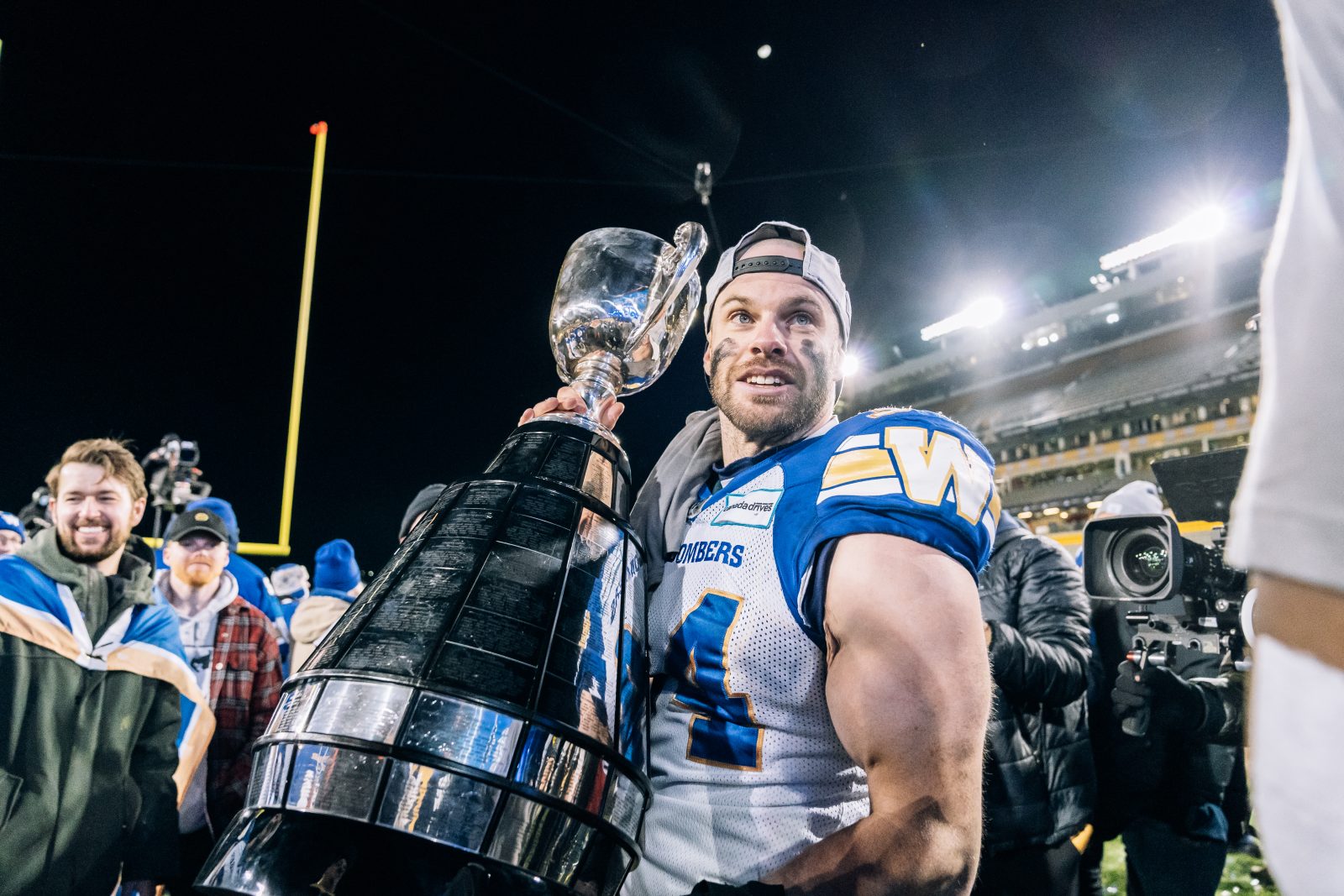 Briggs survived those moments and, amid all those changes, established himself as a reliable special teams player through the first part of his career before transforming into a regular contributor on defence. Coming off a season in which he finished with a career-best 24 defensive tackles in a rotation at linebacker – and also scored his first career touchdown on an 83-yard fumble return in a game in Toronto – Briggs now ranks behind only Jake Thomas as the longest-serving current Blue Bomber. Briggs has now suited up for 104 games as a Bomber; Thomas is at 150.

“The defensive coaching staff did an amazing job this year,” Briggs said. “That’s the first time I’ve ever really been a part of a group where everyone really had a major contribution with them rotating guys in and getting players in on different packages. They really put their faith in everyone in the room.

“Credit to the staff for having that faith and the ability for managing all the different personnel and getting that many guys in the game. It paid off and it really kept everyone involved.”

Interestingly, as both Thomas and Mike Miller re-signed with the club in the last week, both mentioned seeing an emotional Briggs during the Grey Cup presentation ceremony as memorable moments from December 12th in Hamilton.

“I was really emotional after that one, more emotional than I was after ’19,” Briggs admitted. “In ’19 I was just elated because you grind through the dog days with a group of guys. I still talk to Derek Jones – he’s not with the team anymore (now with the B.C. Lions), but he was my roommate for six years. We came in the same year and lived together every single year up until he decided to leave. We had those rough years together and eventually we won the Grey Cup in ’19. For me and him that was pretty special.” 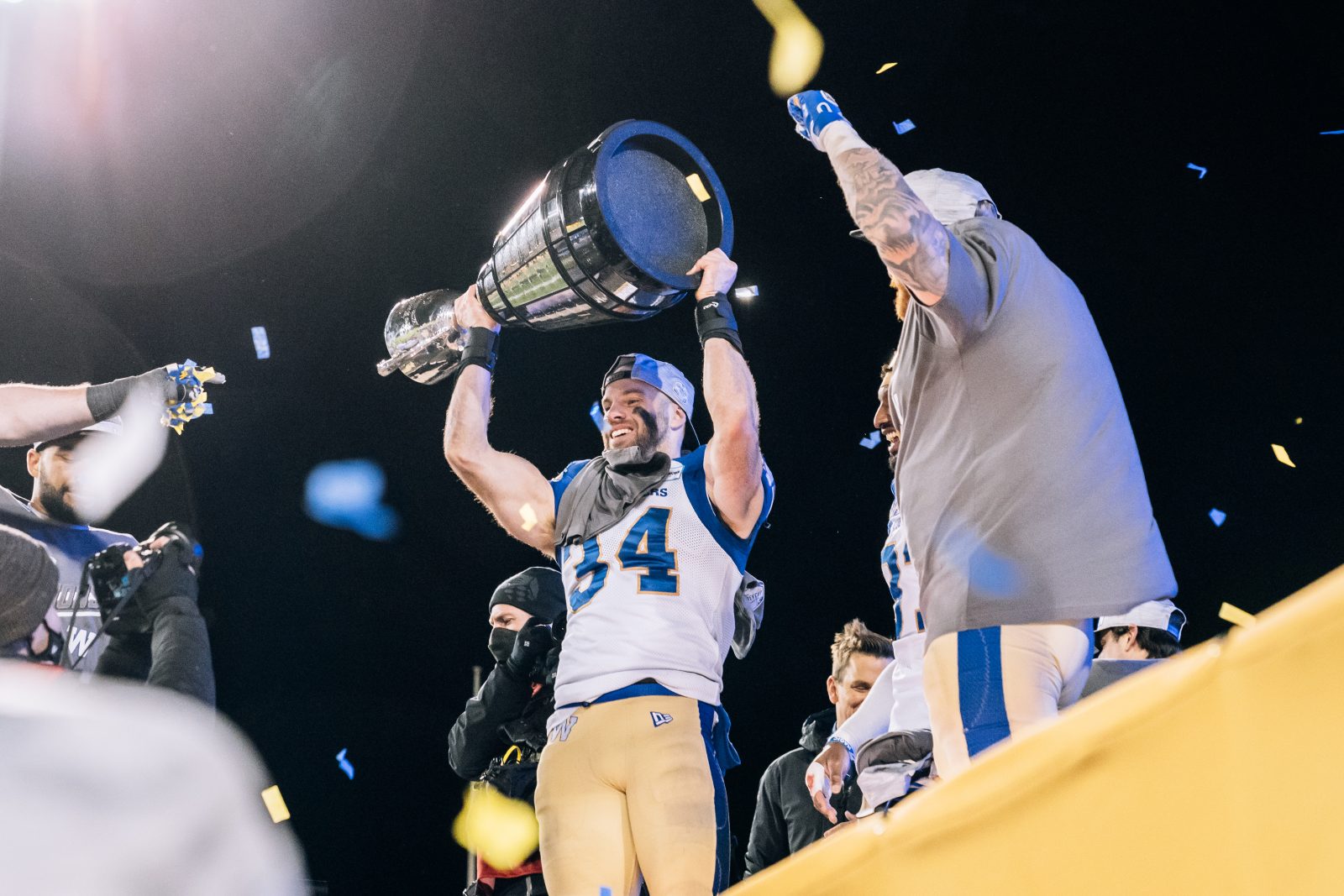 “But I think I appreciated it more this last time and how much it takes to get there and win this time around, especially having not played in ’20. After missing that year I was just so happy to be back doing something I loved with a group of guys that I loved. I was definitely pretty fired up and emotional after this last one.

“I can’t quite describe it… obviously I was really happy, but more than anything I was just really grateful to be there with a group of guys I really care about and to have some family there, too, made it so special.”

Those are the kind of comments that endear Briggs to all of his teammates and coaches. He’s honest and genuine and content to punch the clock every day without worrying about any media attention.

“I’m not a fan of doing interviews, to be honest,” Briggs said with a chuckle. “It’s just not my thing. I’m not super comfortable getting interviewed and never had been. I just like playing the game. It’s not about anything else.”

Briggs is spending this offseason finishing his teaching degree at McGill University and is already doing a lot of work as a substitute. That work will only grow for him in the future and his post-playing days – all of which have been in a Blue Bombers uniform.

As to the idea of testing free agency next month and the thought of playing in a different uniform, Briggs brushed that notion aside before the question was even finished being asked.

“Nah, I was never really thinking that,” he said. “I don’t know how to elaborate any further on it other than to say this: Winnipeg is my football home.”