“You don’t want to leave O’Shea or anything there in Winnipeg.” | Hardrick back for 2022 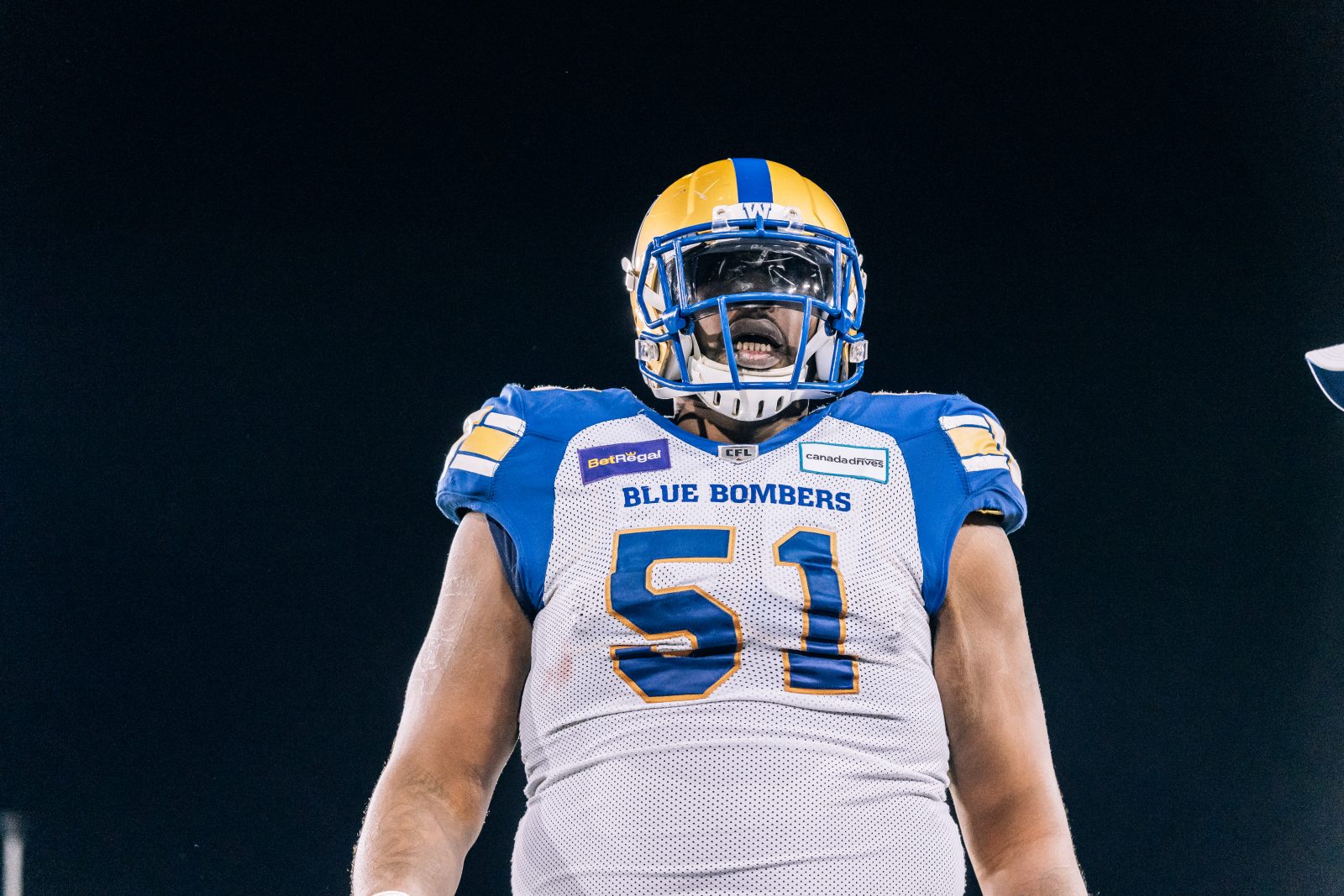 “You don’t want to leave O’Shea or anything there in Winnipeg.” | Hardrick back for 2022

It seems a given now after five seasons – a fact set permanently in concrete and never ever at risk of change. Yes, it could be said Jermarcus Hardrick just belongs on the right flank of the Winnipeg Blue Bombers offensive line.

So, when the veteran tackle officially put his name on a one-year contract extension with the club this week the news came with a fist bump from Bomber Nation, as the idea of the likable 31-year-old suiting up with another Canadian Football League team is almost incomprehensible.

“I’m just relieved, man,” began Hardrick in a conference call with the media from his offseason base in Lincoln, NE. “I know where home is, I know where I want to be. I know where my kids, my wife and my family want to be. I’m just so glad to get this job done. I’m excited to get back to Winnipeg. I miss it already.”

During his chat Hardrick indicated there was never any doubt about where he would sign and that he hadn’t even contemplated hitting the free agent market next month. There’s a lot that goes into that, from his comfort level working with offensive line coach Marty Costello to playing for head coach Mike O’Shea and especially because of the bond he has with his mates along the line of scrimmage. 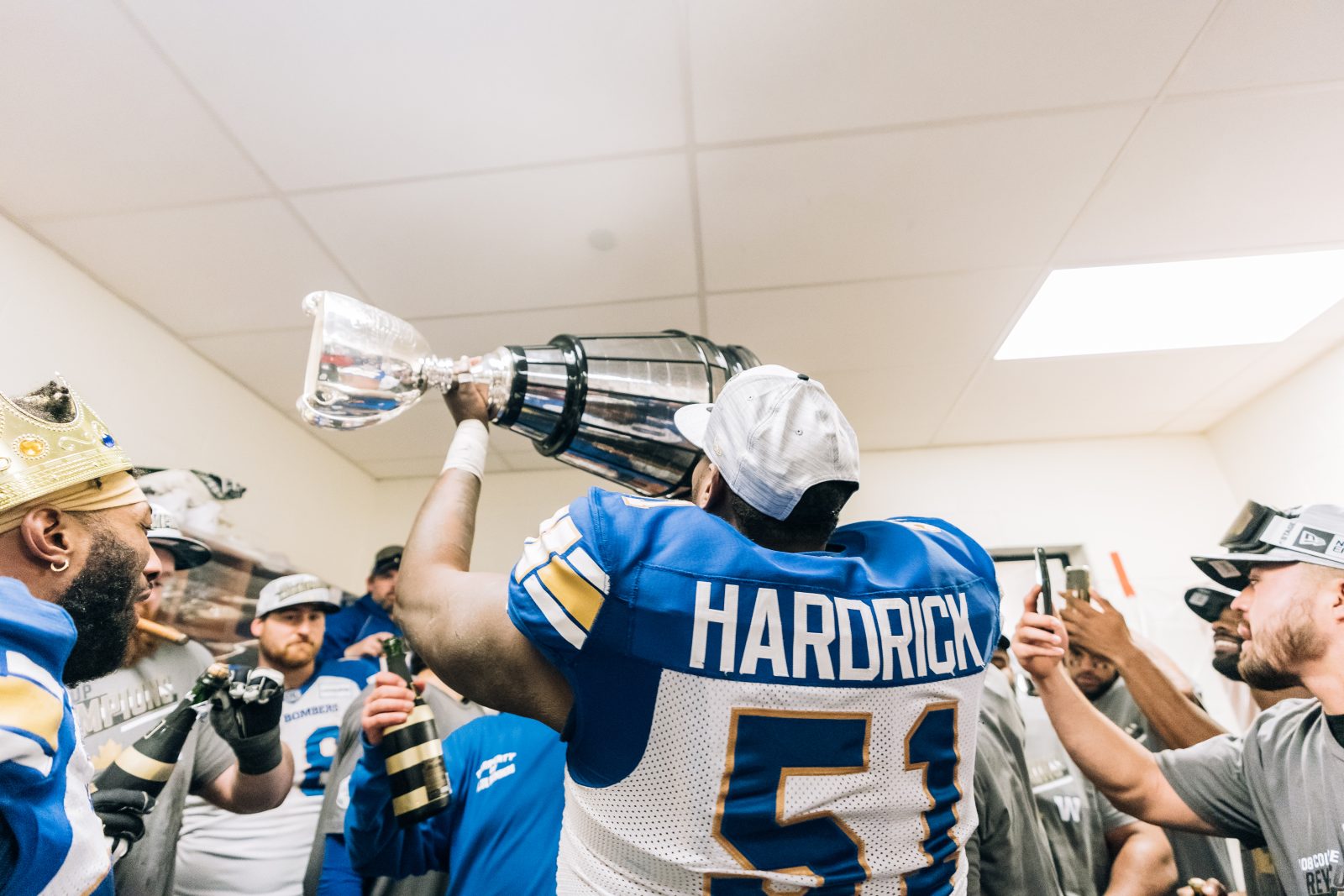 What shouldn’t be lost here, however, is some context: when Hardrick first arrived in Winnipeg in 2016 his football career was essentially on the ropes and one more punch away from being KO’d. And the fact that he has blossomed into one of the league’s best wasn’t forgotten when he signed up for another year this week.

“The lead-up to signing with Winnipeg in 2016… I was in the CFL for two years before that with two different teams (B.C. and Saskatchewan). Before that I tried out for four or five NFL teams. I got cut from two different Arena (League) teams,” Hardrick recalled. “So, when I got to Winnipeg after getting cut from two CFL teams my agent told me ‘This is your last chance, man. This is your third chance, your third team in three years. You need to go out there and do it the right way.’”

Hardrick arrived in ’16 as just another name buried on the depth chart. But the Bombers had also implemented a ‘weight clause’ in his contract after he played at 350 pounds in his first two years in the CFL, asking him to lose 40 pounds. There was a great deal of sweat equity at play, too, as Hardrick understood if he wasn’t all in, his playing days would be done. Now he is coming off a season in which he was named an all-star after helping the offence finish first in scoring, surrender the fewest quarterback sacks and sport the second-best rushing attack while working with three different starting tailbacks.

“That’s one of the biggest reasons my game took off,” Hardrick said. “I was always a little raw and I credit (former O-line coach) Bob Wylie and Marty Costello every day just working with me, just grinding. I started watching everything Stanley (Bryant) does, recorded everything Stanley does, and you start to become a better lineman around Stanley and around Osh (O’Shea) and started understanding the game and the O-line a lot better and here we are.”

The news of Hardick’s deal is part of what has been a busy week for the Bombers front office. The club inked defensive back Nick Hallett and defensive tackle Jake Thomas earlier in the week, and defensive ends Willie Jefferson and Jackson Jeffcoat over the last two days. That still leaves 36 players as pending free agents, although everyone is chipping away at lowering that number.

“We’re all one big family,” Hardrick said. “Me, Jeffcoat and Willie – I guess you guys have seen the news now – during the last week or so I probably talked on the phone with those guys three-four times. I’m still recruiting other guys.

“I feel like this every year where one guy gets the ball rolling, you hear from his agent and then we’re basically just recruiting each other. We hear the highs and lows of things going on and it’s just like, ‘Hey, would you rather leave for 10K, or stay here with your family and try and go earn another one.’ That’s basically what it comes down to most times in Winnipeg.

“You don’t want to leave O’Shea or anything there in Winnipeg.”