10 Plays that Made a Champion | A Statement TD 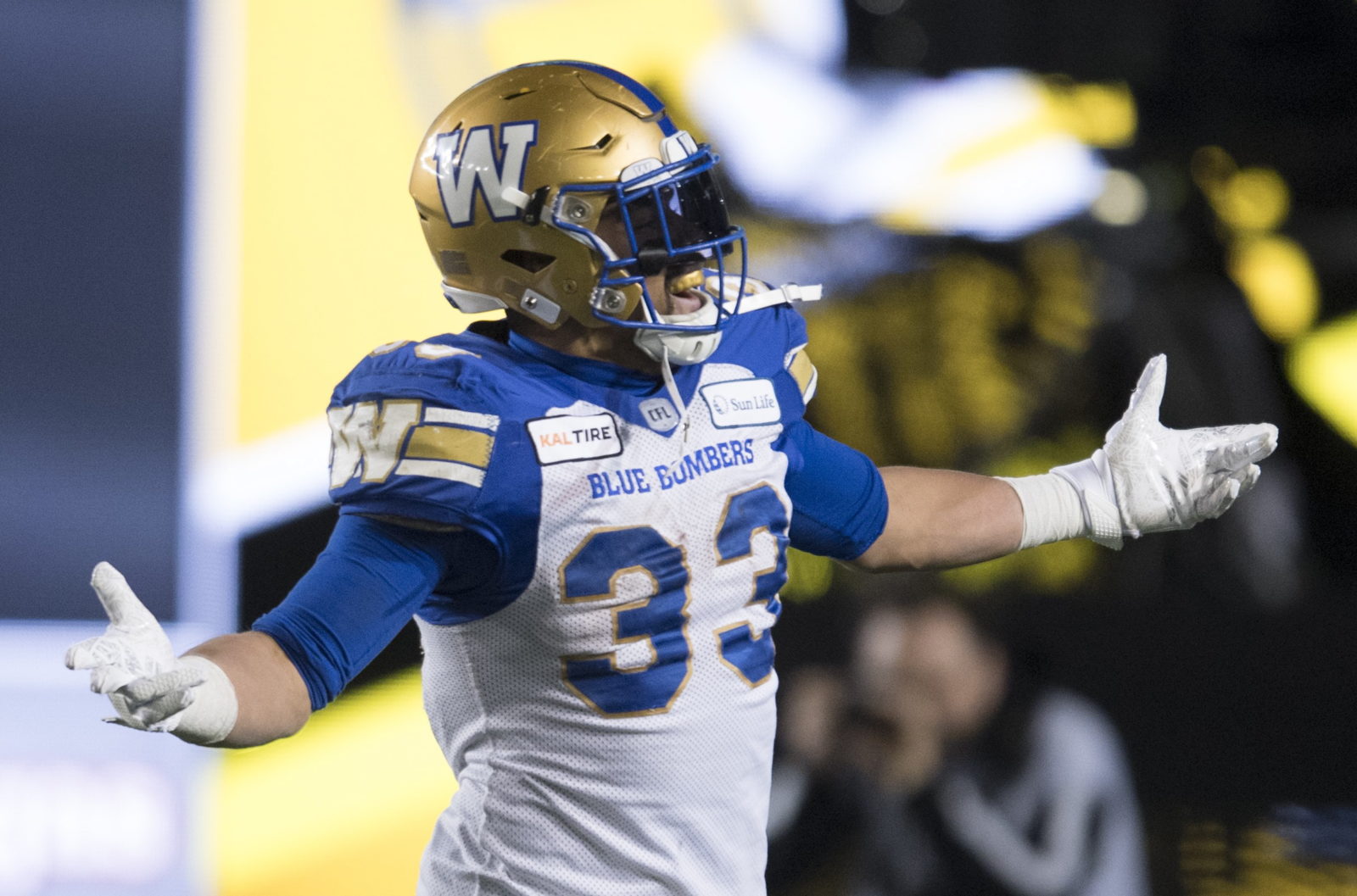 10 Plays that Made a Champion | A Statement TD

Let’s open with a boxing story, if that makes any sense whatsoever in our ’10 Plays That Made A Champion’ series about the 2019 Winnipeg Blue Bombers and their run to the Grey Cup title.

Back in 1990 – about 10 months before the Bombers captured their last Grey Cup before the 2019 championship – Buster Douglas climbed into the ring against Mike Tyson in a heavyweight title fight.

This was Tyson at his badass best. He was 37-0 and a 42-to-1 favourite. And he was so thoroughly beating the snot out of his opponents at that stage of his career absolutely everyone expected the same that night against Douglas.

Douglas wasn’t the least bit intimidated and he started trading punches with Tyson from the opening bell before ultimately stopping the champ in the 10th round in one of the greatest upsets in sports. 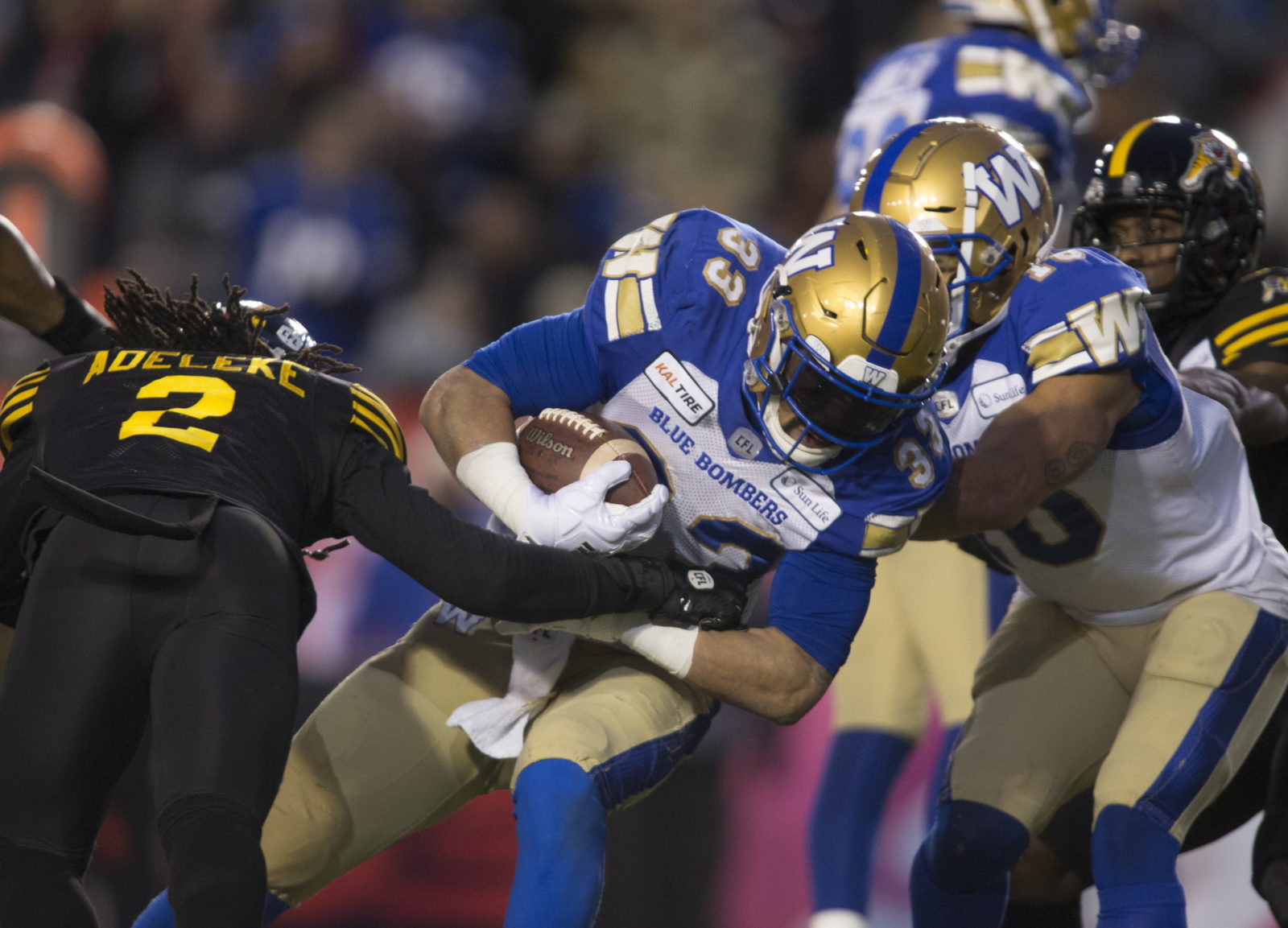 None of this is to suggest the Bombers were a massive underdog heading into the 107th Grey Cup a year ago this month, although the Hamilton Tiger-Cats squad that finished 15-3 and which had twice beaten them in the regular season were favoured.

The Buster-Bombers link here is this: from Brandon Alexander’s interception on the first series to Willie Jefferson’s strip sack on Hamilton’s second possession, Winnipeg’s defence stood right in the middle of the ring and didn’t just trade punches with the favourite, but landed some serious shots, too.

Still, had the Bombers not managed points from at least one of the two forced turnovers in the first three minutes, they could also have easily gift-wrapped momentum back to the Ticats.

And then came a tone-setting touchdown by Andrew Harris – a 15-yard score on the first offensive play following the second turnover – which effectively opened up a proverbial cut on the Ticats and made them seem vulnerable.

“Everyone talks about turnovers and how important they are, that if you win the turnover battle you win the game,” began Harris. “But if you don’t capitalize on those turnovers or if the offence doesn’t put you in good field position, then you’re going to be turning the ball over yourself, giving the ball right back to them or getting three points instead of touchdowns.

“The series before I remember there was a certain energy and then when we got that second turnover there was a burst of energy. I was getting chills down my spine and we were thinking, ‘OK, we’ve got to capitalize on this opportunity.’”

And they did, with a touchdown run behind a dominant offensive line that was both vintage Harris and part of the Bombers’ blueprint of controlling the line of scrimmage.

The early script was being followed perfectly: pressure up front on the first Ticats’ offensive touch led to an interception, followed by a strip sack on the second and the offence dropping the Ticats with an early score.

“I remember running out and one of the O-linemen – maybe it was Yoshi (Jermarcus Hardrick) – said something along the lines of ‘Let’s punch this (bad word) s—t in,’” said Harris. “And everyone was like, ‘Alright, let’s go.’” 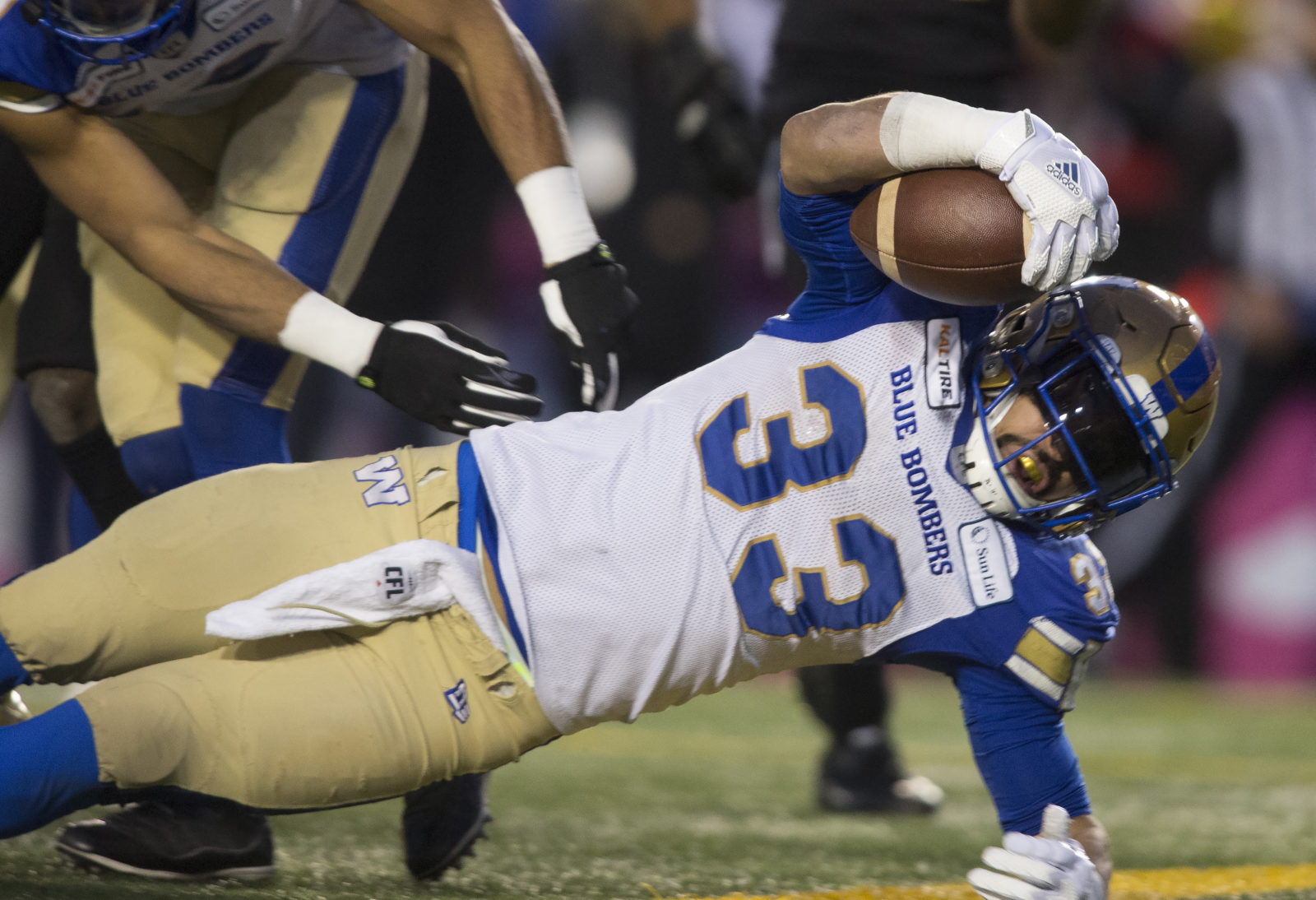 “It wasn’t me,” Hardrick added with a chuckle. “It was Stanley (Bryant), I think. His mindset the whole Grey Cup was, ‘I’ve been here before. Put the weight on my shoulders. You guys play free.’ He was in a different leadership mode that week.

“Sometimes in the big games it can take you almost into the second quarter to get going. We couldn’t afford that. We were all amped up and were ready to run the ball. But I just remember – you can probably see it if you watch the play – when the play started I got popped up. It was early in Grey Cup, I had never played in one before and I was still looking around at it all. Then I turned my head back to the left and I saw Andrew coming through the hall then cross into the end zone.

“I can also remember Rasheed Bailey coming up to me saying, ‘I got the block! I got the block!’ He was so happy to help and that is part of the love we all had for each other. He’s a receiver so what is he, probably 200 pounds? And he came down and took out an end that was at least 250. Everybody was so happy. We all ran to the one part of the end zone and it was like we were having a party. I remember those little things.”

The Bombers had capitalized on the defence’s second forced turnover – there would be seven altogether, with three in the first quarter alone – and had landed the first big punch of the Grey Cup.

And as we all know, more punches would soon follow.

“That’s our bread and butter, running the ball like that,” said former Bombers offensive coordinator Paul LaPolice, now the head coach of the Ottawa RedBlacks. “The one thing I remember about that was Rasheed Bailey knocks the crap out of their defensive end. Our O-line, everybody blocked it perfectly. But Rasheed Bailey, who hadn’t played a lot, came across the field and knocked down their defensive end and opened a huge hole with the O-line and Andrew went in and scored. Rasheed killed the guy.”

There would soon be more from Harris, who was named the Grey Cup MVP and Most Valuable Canadian in a career game on the biggest stage.

And that first punch was a powerful one.

“Across the board it was the O-line pushing, some great blocks by the receivers and there was a massive hole. Total team effort,” said Harris. I just put on the jets and was able to get that little surge to break the plane. We punched that (bad word) s—t in.”