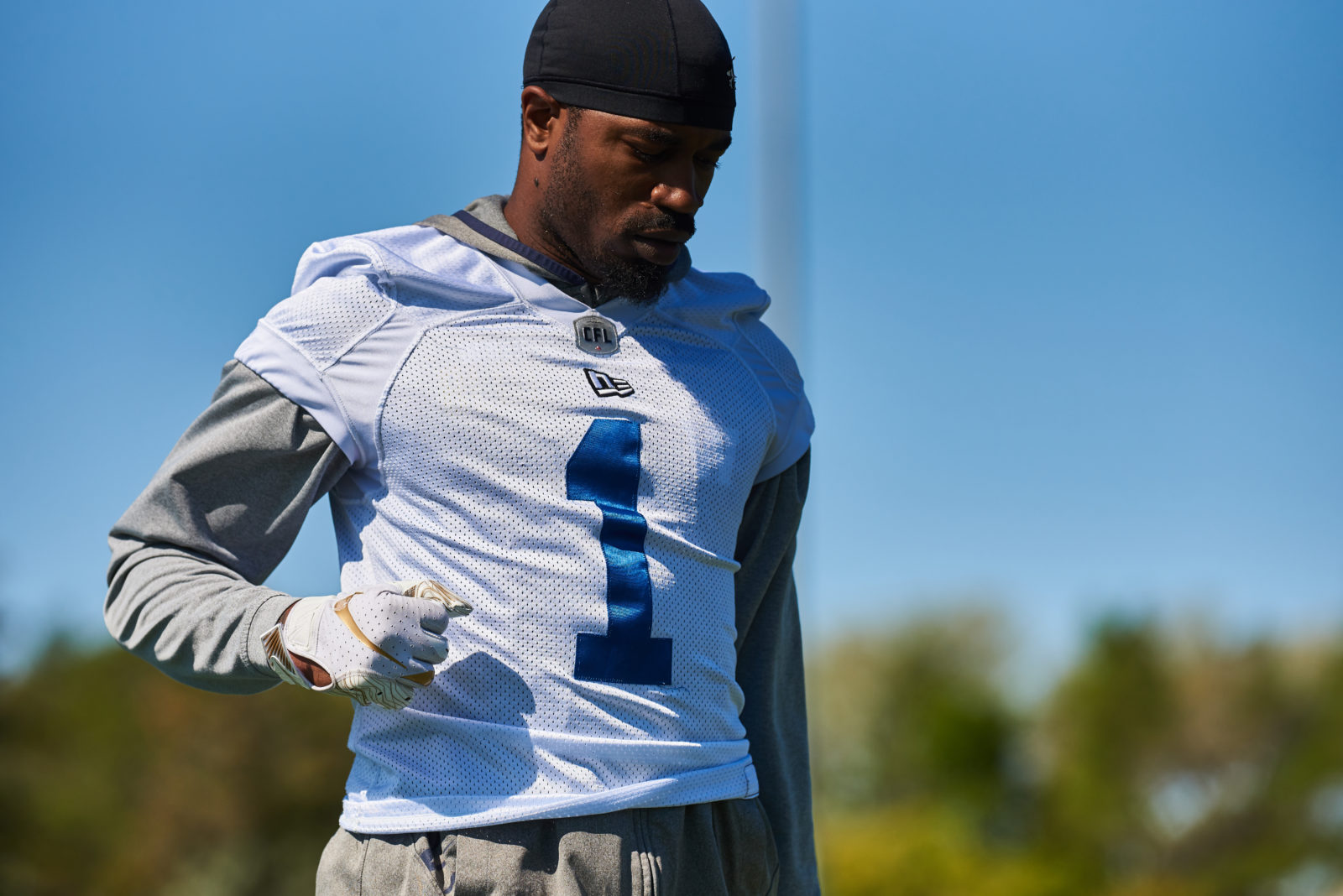 REGINA – He was to share the spotlight, but now Johnny Augustine is going to have the stage all to himself.

Winnipeg Blue Bombers head coach Mike O’Shea confirmed Saturday during his pre-Labour Day Classic media session on Saturday that import running back John Santiago was injured during practice over the last couple of days and as a result, the club will have just one tailback on its roster for their first-place showdown with the Saskatchewan Roughriders.

That leaves Augustine as the man tasked to handle the running back chores with Andrew Harris serving the first of his two-game suspension. Not only that, it will be Augustine’s first career start.

There are a lot of similarities between Augustine and the man he is replacing: Both are undrafted Canadians who have had to battle for their opportunities. 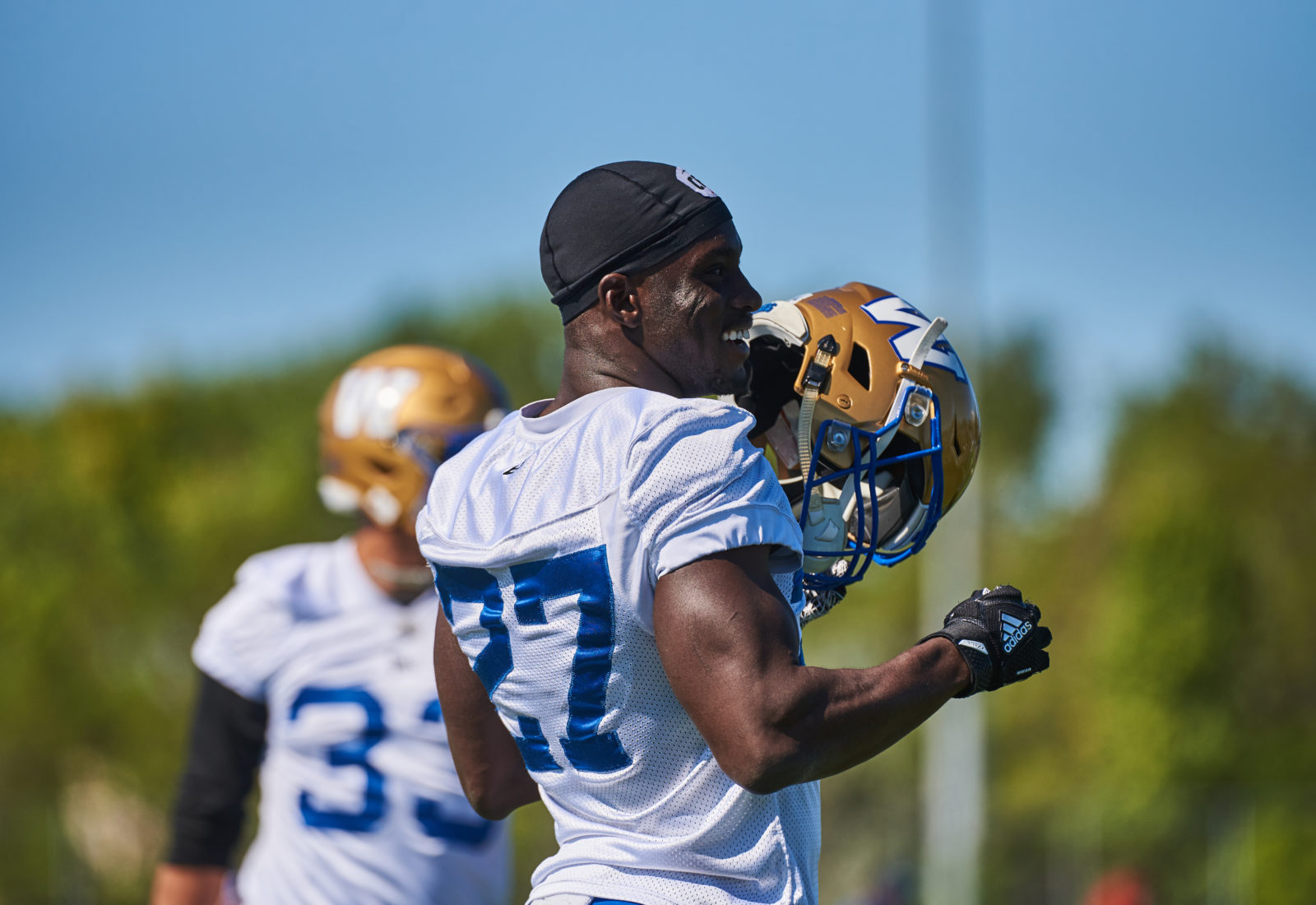 And asked if Augustine runs with that same hunger and chip on his shoulder that Harris does, O’Shea offered this:

“Absolutely. He does run with that. He’s got a really interesting switch, where he is a very nice kid and very calm and soft-spoken and then he runs with a core strength and a desire to grind out, churn out yards. He’s got decent top-end speed, he’s got great core strength, he’s very muscular, he’s got good lateral movement in the hole.

“And like I said, he’s got an ability to flip a bit of a switch and bring some violence to his runs.”

The 26-year-old Augustine has appeared in 17 games over the last two years with the Bombers, rushing 16 times for 111 yards – a juicy 6.9-yard average – in spot duty spelling for Harris. He’ll be working in a Bombers backfield that also features quarterback Chris Streveler, who is making his second consecutive start in relief of Matt Nichols.

“I think he’s going to do well,” said Streveler of Augustine. “I know he’s been super excited about this opportunity for him. It’s funny, ever since last season he’s been my stretching partner after practice. I remember talking to him yesterday and saying, ‘Hey man, how are you feeling?’ and he just had this big grin on this face. He’s been preparing hard this whole season, this whole week and he’s going to make the most of it.”

Replacing the production of Harris is a tall order. He’s had 187 offensive touches for the Bombers – 141 along the ground, 46 through the air – but the Bombers have made it clear they just want Johnny to be Johnny.

“Everyone’s different. When I stepped in I don’t think anybody was asking me to be Matt, either. He brings different things to the team and he’s such a great leader for us as well it’s hard to be a one for one there, it’s hard for Johnny to step in and be Andrew Harris.”

The Bombers know what they are getting from veteran receiver Darvin Adams, who returns to the lineup after a four-game absence. He was the club’s leading receiver in both 2017 and 2018 and is an under-rated blocker.

But Streveler and O’Shea both weighed in on the other intangibles he brings, too.

“There’s the ability to make plays, but also that leadership in the huddle… the understanding of how these games go and how long a battle this game will be, the atmosphere and calming guys down and bringing guys up no matter what,” said O’Shea. “He’s obviously a physical blocker and a big playmaker for us and a guy who’s going to battle. I know he’s super-excited to be back on the roster and getting on the field and I’m sure he’s going to be quite a presence not only on the field but in the huddle for the guys.”

“Darvin’s a great leader for us,” added Streveler. “He just brings energy. When he steps in the huddle you can feel his energy, you can feel his presence. He’s a great playmaker, obviously, but to our team he’s just such a leader. It goes beyond making plays.

“On a day-to-day basis it’s bringing that receiving group together, bringing the energy in practice in the way he works on a day-in, day-out basis it just pushes our team forward and pushes everyone else to work hard. I know it does for me. It’s really exciting to have him back.” 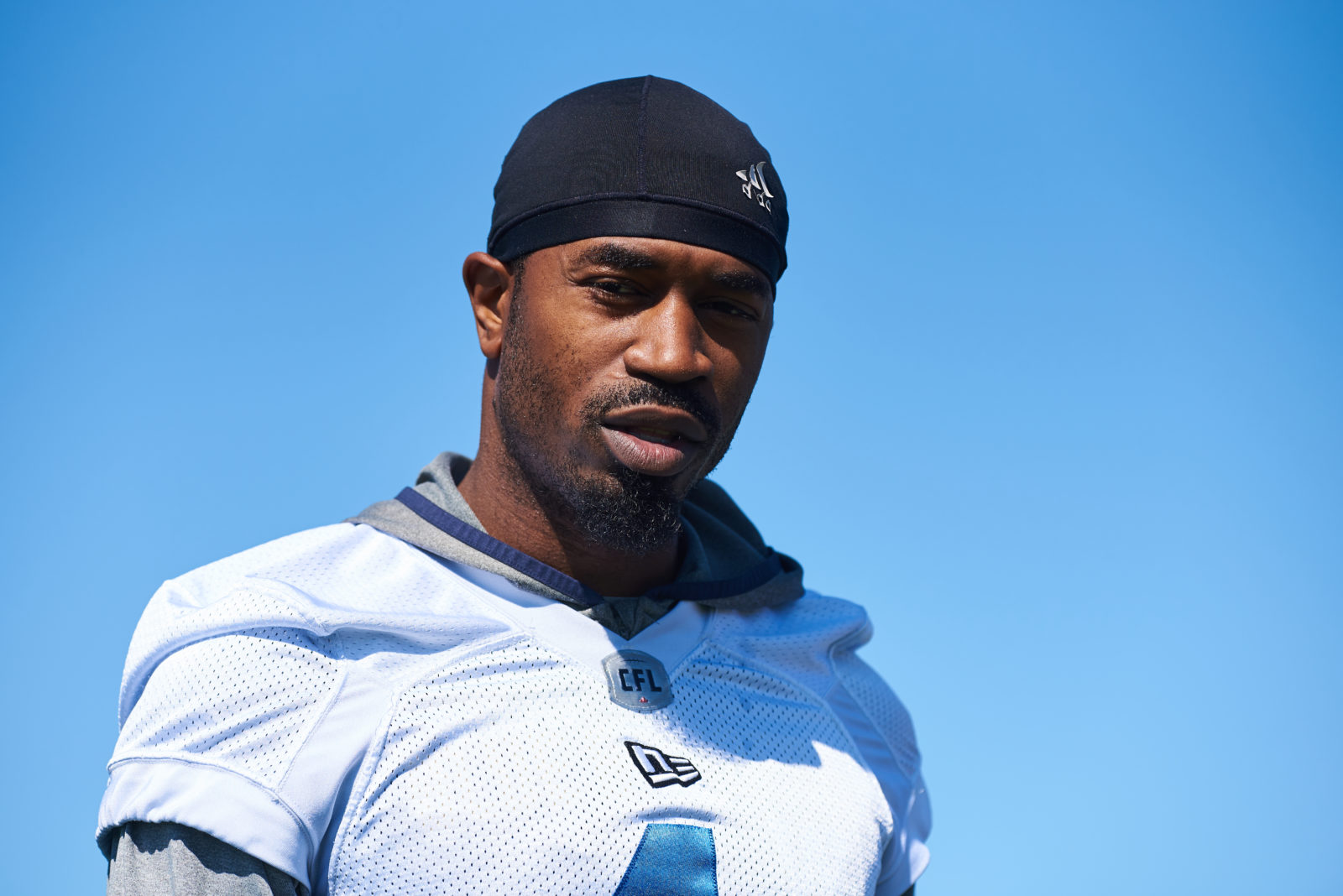 It was a relaxed Bombers DE Willie Jefferson who met with the media Saturday afternoon, one sleep away from his first game against his old squad.

“It’s just big,” said Jefferson of the Labour Day Classic, “not just for the players, but for the new guys coming in who get to see this and experience it for the first time and the guys who have been here for a while and know how this goes, know how tough these games can be and know what this game means in the middle of the season.”

Jefferson made six different types of defensive plays in last week’s win over Edmonton – four tackles, three sacks, a pass knockdown, two tackles for a loss, two forced fumbles and a fumble recovery – and yet when he was asked how he would evaluate the first 10 games of his season, offered up an answer that must be frightening to any offensive player across the CFL.

“It’s all right. It could be better,” he said. “Me personally I’ve messed up a lot during these first couple of games grade-wise. But that’s just part of being a football player and joining a new team and learning a new defence this year. Going forward into the second half of the season I’m looking forward to not having as many MAs (missed assignments) on my grade sheet and make a lot more plays.”