Checking in with GM Kyle Walters 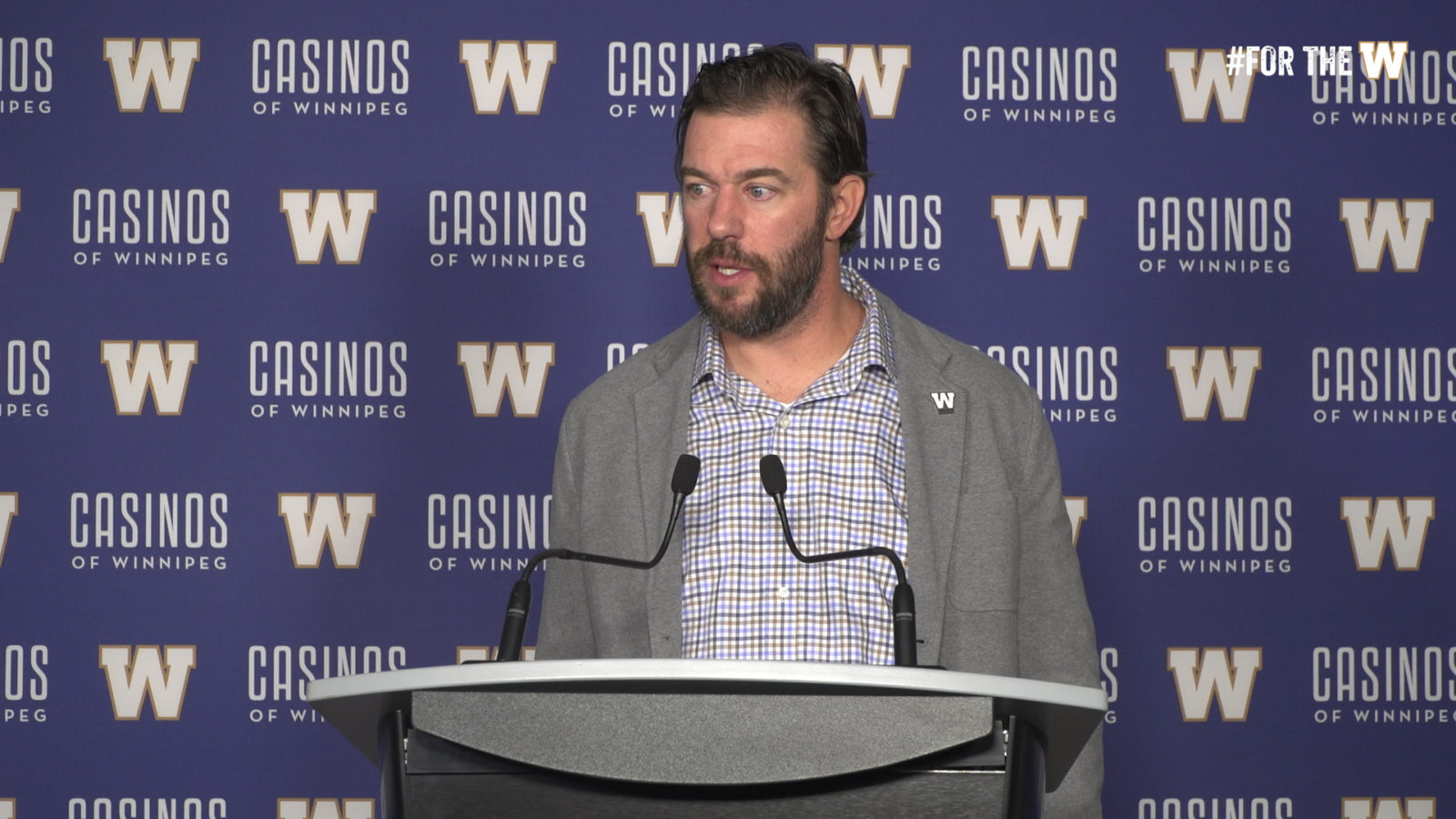 Checking in with GM Kyle Walters

Contract negotiations are seldom simple in the Canadian Football League, but when Winnipeg Blue Bombers GM Kyle Walters and Geoff Gray put pen to paper on a contract for the big offensive lineman earlier this week, it culminated a fairly straightforward session of give-and-take.

The deal works for Gray because the Winnipegger can settle into a familiar routine after bouncing around the National Football League and pursue a Masters in Mechanical Engineering.

And it’s beneficial for the Blue Bombers as they add to their Canadian content up front heading into the final push towards the playoffs, while giving a highly-touted prospect a chance to familiarize himself with the playbook and his teammates.

But during a 23-minute confab with the media on Tuesday, Walters not-so-subtly hinted that what lies ahead this offseason – namely, piecing together a roster for 2019 and beyond in an era of one-year contracts and an expiring collective bargaining agreement with the CFL Players’ Association – will undoubtedly be the most challenging offseason in his tenure as the architect of the franchise’s on-field product.

“We’re not sure what to expect,” said Walters. “I’m not sure what to expect. It’s why everyone is running such a tight (salary) cap. I don’t know if this year, as in years past, if you’re going to be able to re-sign guys in November-December like teams have done or planned – and we’ve been one of them. You’ve seen us, since I’ve been here, being able to save money and sign a player or two at the end year.

“I don’t know that having cap space at the end of the year is going to encourage guys to re-sign. I think guys – particularly the bigger-money guys – are going to wait, take a deep breath and see what happens with the CBA before they do too much.”

The Gray signing does help give the Bombers options and depth in what has become their most stable positional group over the past three seasons. Walters said Tuesday that of the current O-line starters, Stanley Bryant, Matthias Goossen and Sukh Chungh are all pending free agents, while Pat Neufeld and Jermarcus Hardrick – who has agreed in principle on a new deal that is still being finalized – are under contract for 2019.

“It’s great to get another football player in here, a player we drafted, a local guy that we think highly of,” said Walters. “Adding an offensive lineman at this point of the year… that group is pretty banged up so it will be nice to have another set of legs at practice and maybe reduce some of the reps on some of the other guys. Geoff will also get a jump on next year in terms of learning the system and being around the guys. It’s exciting to get one of our draft picks under contract.

“His athletic ability puts his ceiling pretty high. But we want to temper expectations. He just needs to get in and compete against these guys. There’s a development and for a lot of these young Canadian guys it takes a little bit of time. We’re not going to say Geoff Gray is the heir apparent to Stanley Bryant at left tackle or anything like that. We want to ease the guy in, let him learn the game and grow and teach him.”

Some other highlights from the Walters state of the union… 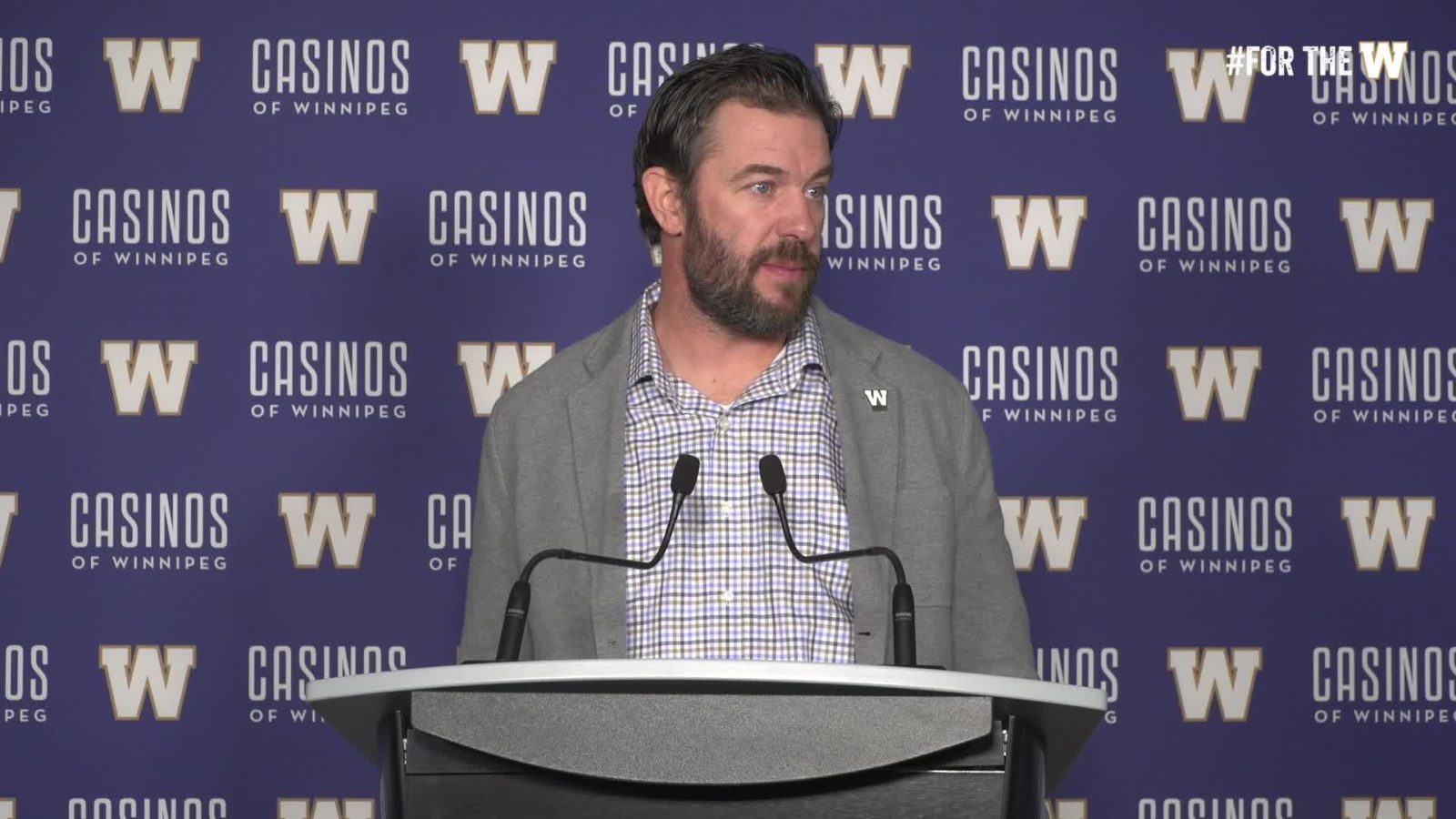 On the club’s inactivity at last week’s CFL trade deadline:

“It was really quiet. You can get a pretty good indicator when you reach out and generally the teams that are out of the playoff scenario are the teams that have made moves and neither one of those teams were particularly interested in talking. We had a couple initial talks with other teams but I can assure you we were nowhere even close to getting anything done, certainly not on our end or their end. It was barely beyond a polite phone call of interest.

“You’re always looking to upgrade, but it has to fit in the salary cap and you have to be darn sure it’s going to improve your team and nothing we felt was worth… it never even got to point where there was a discussion amongst us like ‘Will this work?’ Nothing got off the ground.”

On the team’s tight salary cap situation and how that has impacted potentially adding to the roster:

“We’re tight up against it, like most teams at this time of the year. The six-game injured list hasn’t saved a lot of our salary… a lot of guys who ended up on the six game were some of the younger guys. We didn’t have much cap-exemption space from that this year. We’ve been pretty tight all the way through.”

On the four-game losing streak that preceded the current four-game win streak:

“It was frustrating for everybody. It’s tough in the building. Everybody is scratching their heads and looking for answers. What kept us a little bit more on point is it was just a couple of plays in most of those games, where if we just secured the ball a bit, didn’t turn the ball over and just made one or two plays here and there, those are totally different games. You’re seeing in the last four we’re just not making mistakes, it’s quite as simple as that. It’s not like we were getting blown out of the water for four games and we need to blow up everything and make drastic changes. It was – if we can just play clean football a little bit and limit the number of errors we’re making, then we’ll be fine. That proved accurate in the last four.”

On the impact of linebacker Adam Bighill, signed just before training camp:

“He’s had a huge impact on our team. He’s as advertised. He’s everything and more from what he brings to this team in leadership and ability. You just watch the way he flies around and makes plays. The turnaround in our defence this year, a lot of it has to do with the presence he brings. It’s hard to imagine our team without him on the field this year, for sure.”