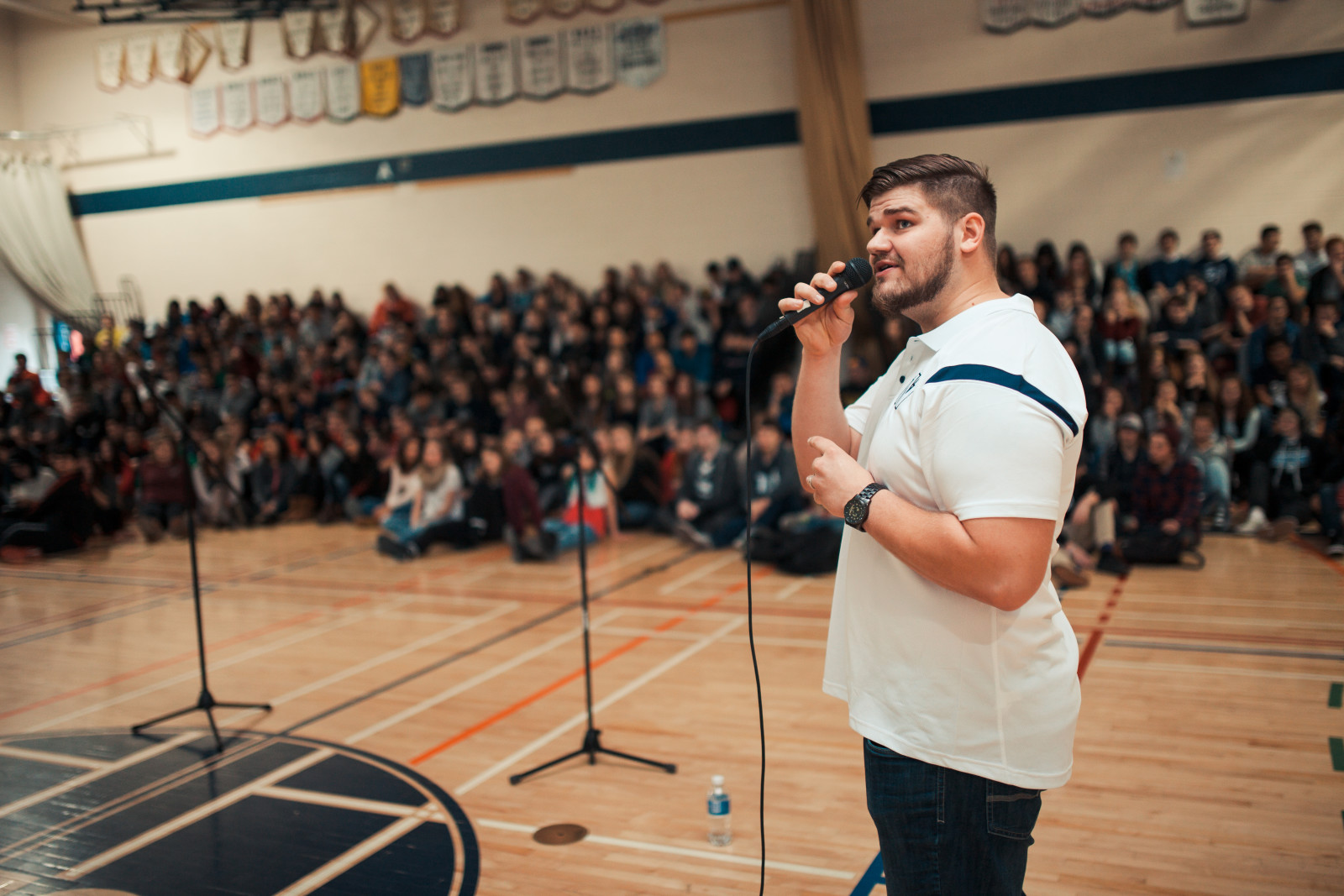 Break the Silence on Violence Against Women

The Winnipeg Blue Bombers partnered with the Manitoba government and Status of Women Canada to Break the Silence on Violence against Women. This initiative is a two-part project featuring a public awareness campaign and youth education program. Since 2016, trained Winnipeg Blue Bomber players deliver 20 presentations and 20 workshops per year to high school students, football teams, coaching staff, and community leaders.

To find out how your school or team can participate in the Break the Silence on Violence against Women program, contact community@bluebombers.com. Manitoba Status of Women and Status of Women Canada provided support for this initiative.

History of the Break the Silence program:
In 2012, the Winnipeg Blue Bombers and the Manitoba government launched a series of PSAs and promotional material for Manitoba Status of Women’s Stop the Violence campaign. This campaign, named Be More Than a Bystander: Break the Silence on Violence Against Women, was a result of a priority outlined in Manitoba’s Multi-Year Domestic Violence Prevention Strategy (2012) under Engaging Men as Allies: “launch an ongoing campaign featuring sports celebrities speaking out about violence against women, including social media components.”

The Bombers and Manitoba Status of Women jointly produced videos of players issuing a call to all men, urging them to become allies of women, all with their own key messages. Topics included sexual assault statistics, being “one of the guys,” gender-based violence, damage to children, sharing explicit images, and family violence. These videos and posters were added to the province’s “Stop the Violence Toolkit,” which included downloadable PDFs and sample Tweets for social media. One of the marquee players featured in the videos, Chris Cvetkovic, was trained by Jackson Katz on gender violence and went on to be an ambassador for Manitoba Status of Women.

The ‘Be More Than a Bystander’ theme is used with permission from the Ending Violence Association of B.C. and the B.C. Lions Football Club who created the tagline as part of their campaign to break the silence surrounding violence against women in British Columbia.

In the program’s inaugural year, Bombers players visited 10 high schools in Manitoba and delivered an assembly and a workshop at each. Overall, we reached more than 5,000 youth through this program.

In post-presentation surveys, 83% of students reported an increase in awareness of the issue of violence against women in Manitoba, and 97% of respondents said they would be more than a bystander if they saw a woman or a girl being harassed in their community.

The following schools have participated in our program – thank you!:

Buck Pierce – How You Can Help