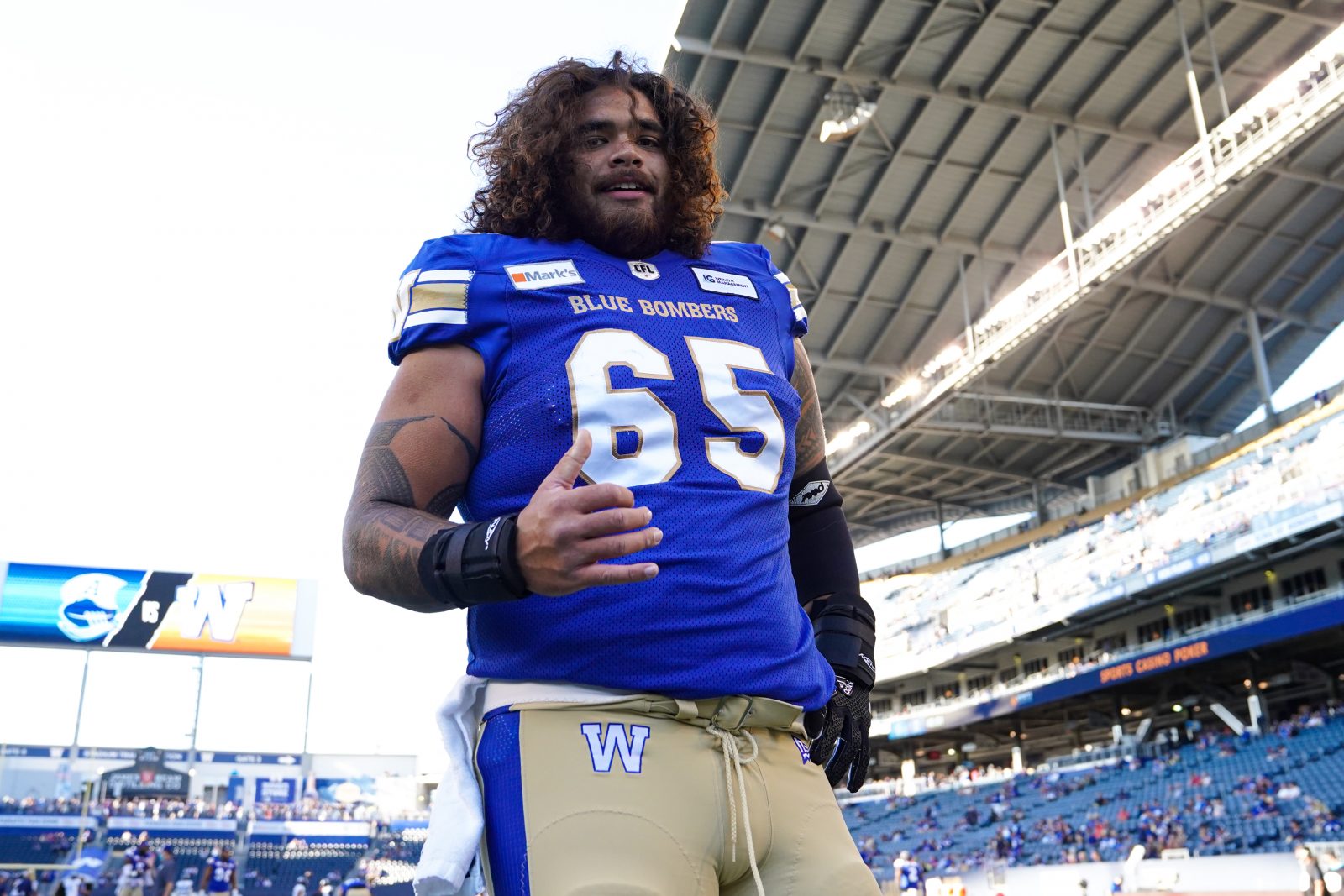 Eli was selected by the Blue Bombers in the fourth round, 34th overall, in the 2019 CFL Draft and appeared in five games in his first season. Following the cancellation of the 2020 CFL campaign due to the global pandemic, Eli returned in 2021 to play a key role as a rotational component along the club’s veteran offensive line, while suiting up for all 14 regular season games – including four starts – plus the Western Final.

Eli, who was born in Richmond and is of Samoan heritage, appeared in 36 college games over three years with the Rainbow Warriors and was twice named to the preseason Rimington Award watch list as the top centre in NCAA football.

He missed the 2018 season with a knee injury, but had his interest in the game revived through a family connection with Blue Bombers Assistant GM and Director of U.S. Scouting Danny McManus.