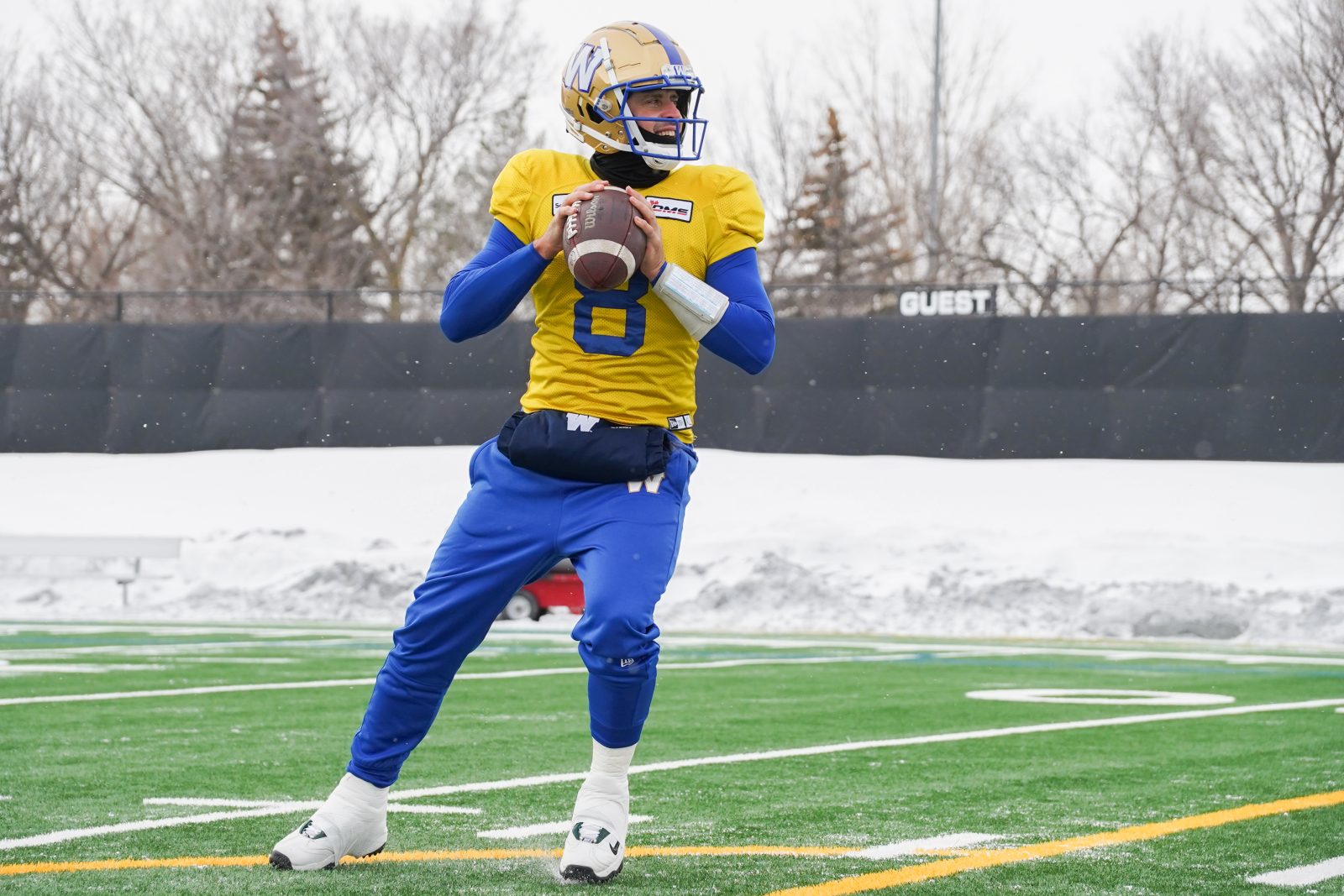 REGINA – He ran, he threw, he led – he did all the things that make Zach Collaros the Canadian Football League’s Most Outstanding Player.

“It looked to me that Zach has just been chillin’ the whole week, just taking it easy,” began defensive end Willie Jefferson after a frigid Friday session. “I’m just joking. I love Zach.

“I know Zach’s process is his own. I know it’s a lot and I know he’s ready. I know he’s looked at so many plays and so many formations that he sees them in his sleep.

“I know he’s ready to go out there and do what he needs to do. There’s nothing else that people need to say to him or show him. It’s just going out there and doing business.”

Friday’s practice marked the first time Collaros had stepped on the field here in Regina since having his right ankle twisted awkwardly on a tackle with five minutes remaining in the Western Final win over the B.C. Lions. Collaros had his ankle taped in the moment, but it was Dru Brown who finished the game and then opened practices working with the No. 1 offence on Wednesday and Thursday, with Dakota Prukop also getting work.

The Blue Bombers have been upfront all week about Collaros playing in Sunday’s Grey Cup against the Toronto Argonauts, but Friday’s practice provided some visual evidence. Collaros moved around reasonably well, perhaps occasionally showing only trace signs of a limp. But there was also an upbeat vibe that comes with having #8 back on the field and in the offensive huddle.

“It was fun. It’s always fun to be out there with Zach,” said receiver Greg Ellingson. “He talked a little bit of crap to the defence, telling them to change it up a little bit because that defence isn’t what we’re going to see on Sunday. Not many defences run schemes the way ours does, so it’s hard to run some plays against our defence when we’re preparing for a different team.

“So, we have a little bit of fun out there sometimes and switch things up, just to go at our defence.” 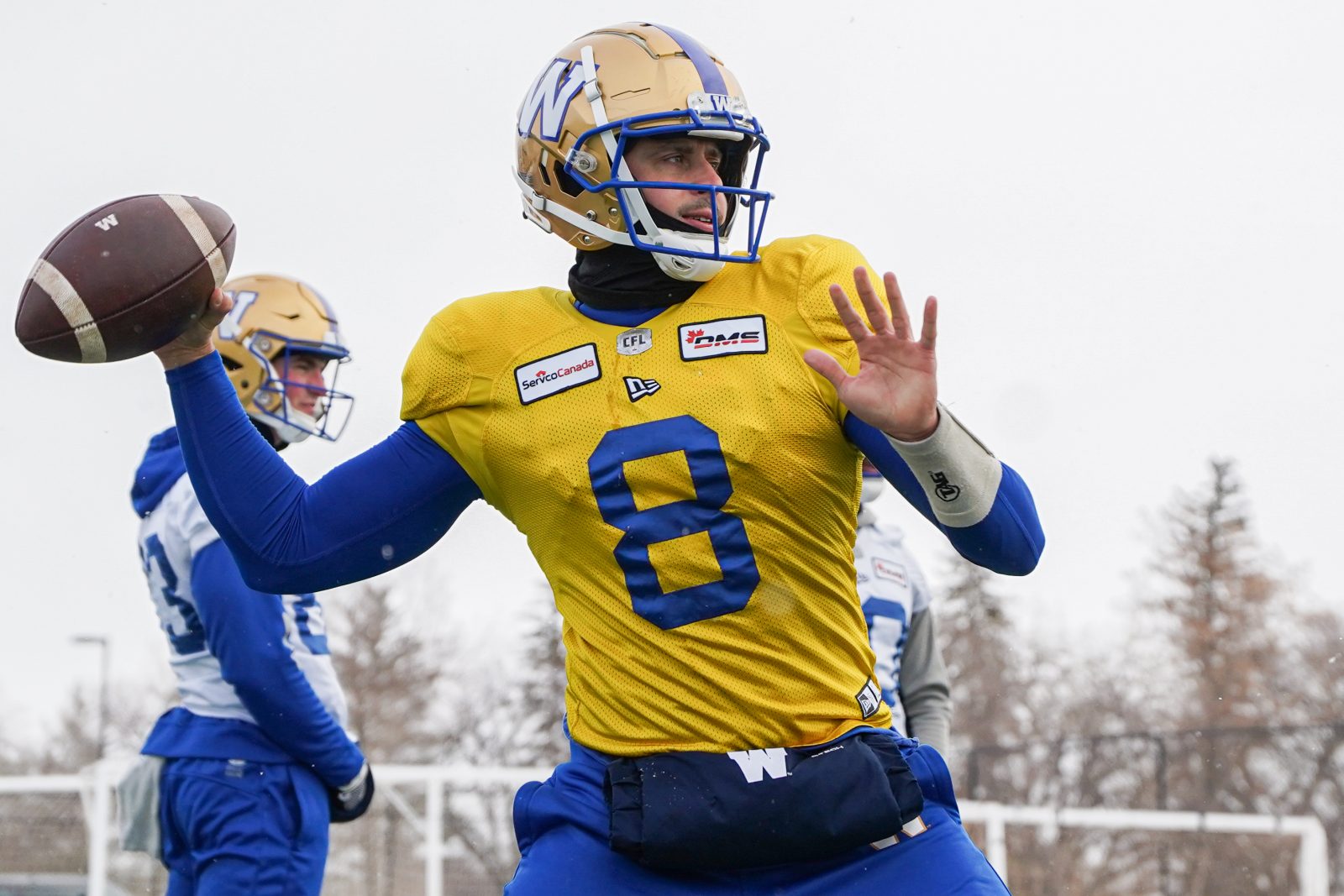 It’s not like Collaros, named the CFL’s Most Outstanding Player a second straight season on Thursday night, has been holed up in his hotel room binge-watching something on Netflix. A football afficionado and real student of the game, he has been pouring over film of the Argos defence.

“It’s Week 23. I don’t know if it’s important or necessary for any vet to have to be out there. I don’t,” said head coach Mike O’Shea. “They know what they’re doing. They know how to make up for anything they think they’ve missed. They’re certainly all mentally prepared to deal with whatever situation comes up and be OK. They can easily figure out what they need and be OK if they didn’t get what they thought they needed. They could just move on and say, ‘Yeah, OK, this is exactly the way it’s supposed to be.’ So, I thought he looked good out there. I’m glad he practised, but if he didn’t, I’m OK with that, too.”

The Collaros return cranked up the energy dial even further on a day when the Blue Bombers has their last full practice of the season. Saturday’s on-field work will be the traditional walk-through, which is dialled back considerably.

“It was a great practice, lots of energy today,” said running back Brady Oliveira. “The message was it was our last Day 3 (day before walk-through) together as a team and you know how tight this team is. We went out there and had a good practice.”

And asked if he had any concerns Collaros wouldn’t suit up dating back to the injury last Sunday, Oliveira reiterated what has been said all week by his teammates. 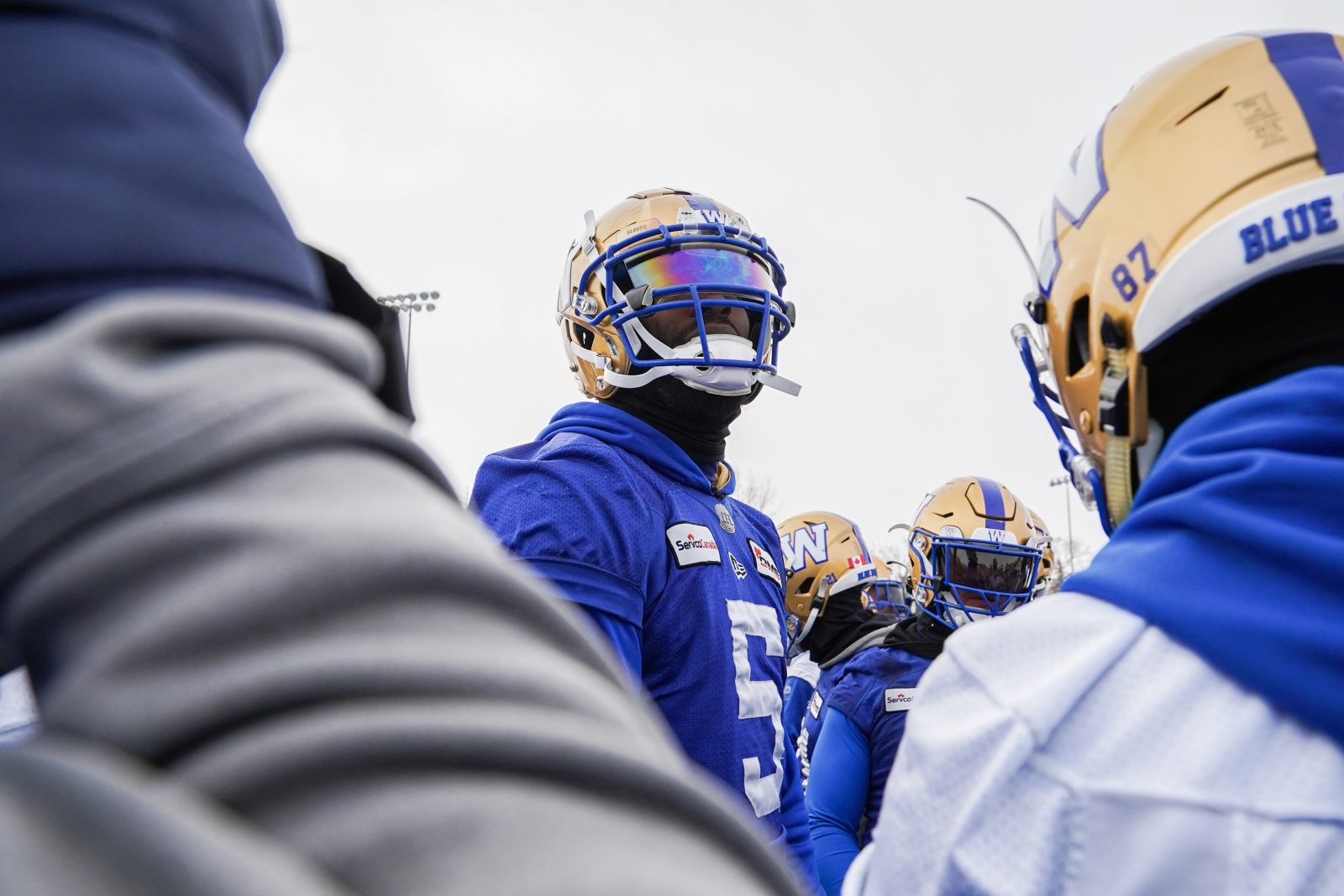 Friday afternoon’s temperatures hovered around -8C with a gusting wind from the northwest setting the wind chill at -17. The game day forecast now calls for sunny and clear conditions, a high of -1C and a low of -14.

The weather brought back some memories for Ellingson, who played in the 2013 Grey Cup in Regina as a member of the Hamilton Tiger-Cats. That practice week was nasty, too, before the weather improved significantly on Grey Cup Sunday.

“The Day 2 we had then, we were at old Mosaic (Stadium) and I remember putting my whole sweat suit over my pads,” he said. “Most of the guys did. We had to worry about frostbite, like we did (Thursday) and had to go back in (to the locker room) a couple of times just because it was so cold.

“There was definitely a little flashback there in the sense of the weather. But today was more ski-resort vibes. We had some flurries out there… I felt like I was on vacation.”

Bet Regal has the Blue Bombers as 5.5-point favourites for Sunday’s 109th Grey Cup against the Argonauts:

Worth noting: Winnipeg and Toronto have met seven times previously in the Grey Cup – all between 1937-50 – with the Argos winning every game. All of those games, FYI, were held at Varsity Stadium in Toronto.