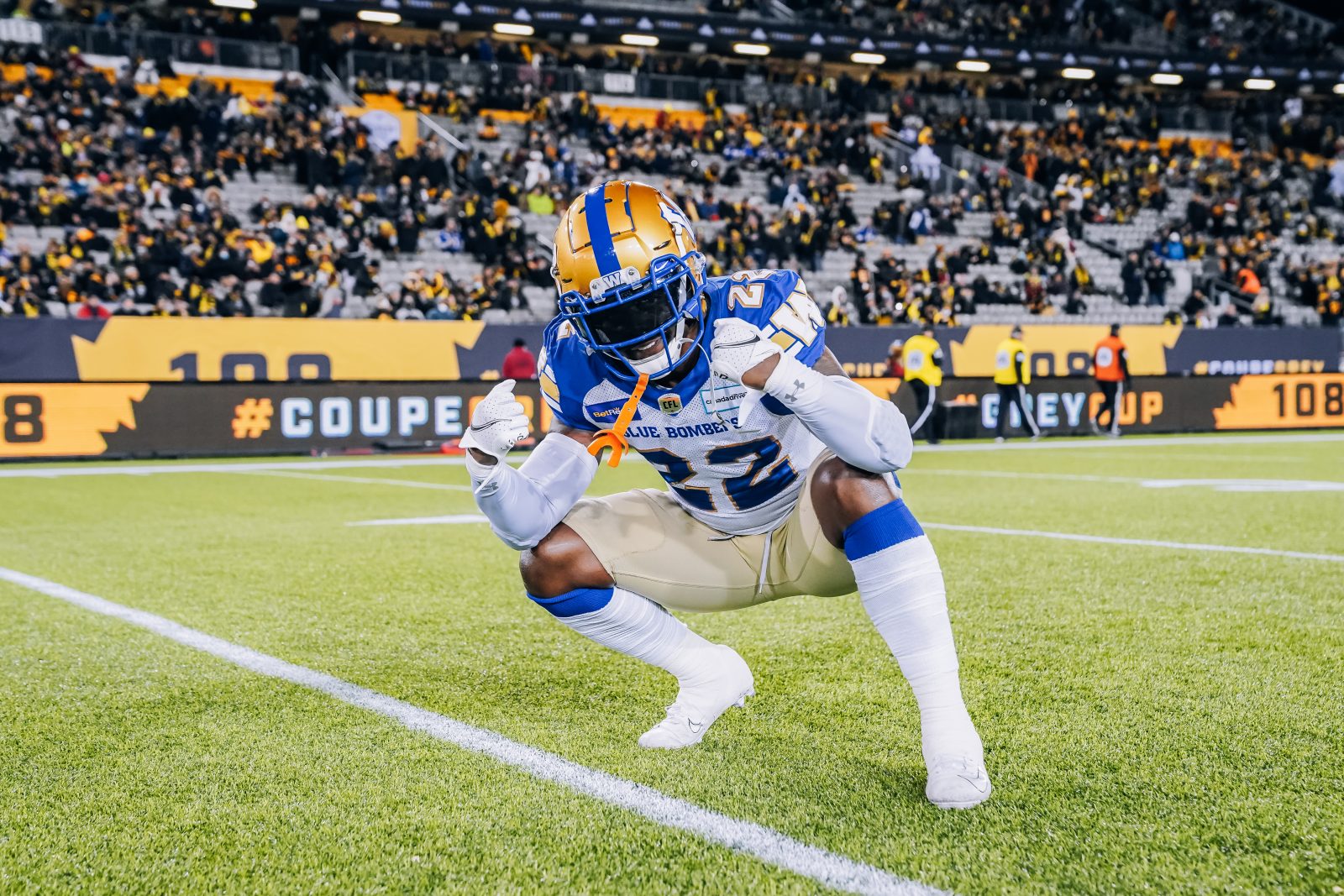 WINNIPEG, MB., October 4, 2022 –  The Winnipeg Blue Bombers today announce the acquisition of defensive back Alden Darby, Jr. in a trade with the Hamilton Tiger-Cats for defensive end Cedric Wilcots II.

Darby, Jr. (5-11, 194, Arizona State; born: June 22, 1992) returns to the Blue Bombers after being part of the 2021 Grey Cup championship team. He signed with the Ticats in free agency.
A veteran of 64 Canadian Football League games with Toronto, the Blue Bombers and Hamilton, Darby has appeared in 10 contests with the Tiger-Cats this season, registering 23 tackles, one sack and one interception.

This is the second time the Blue Bombers have traded for Darby, Jr. in as many years, acquiring him during training camp last year in a deal with the Argonauts for offensive lineman Terry Poole.
Darby, Jr. dressed for 11 games for the Blue Bombers including the Western Final and Grey Cup last year, all starts, and finished with 34 tackles.