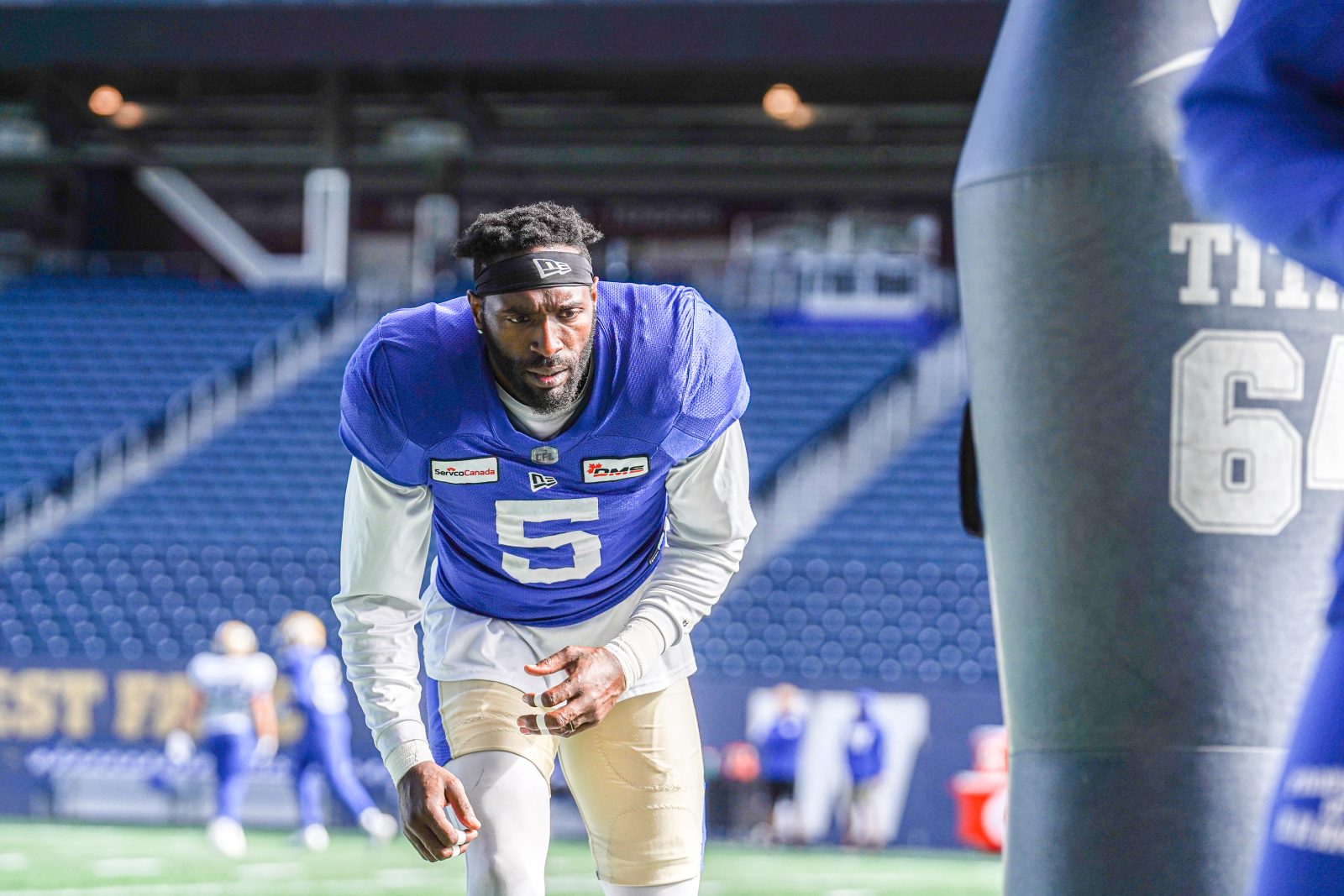 It was only natural that when the Winnipeg Blue Bombers returned to work on Monday after a bye week that they would be bombarded with many of the same questions first presented to them after their last performance.

A 48-31 loss to the Hamilton Tiger-Cats tends to leave a mark, after all, even if the squad had the opportunity for a little R&R&R – rest, relaxation and regrouping.

“Losing is losing,” summed up Blue Bombers head coach Mike O’Shea when asked if it’s worse having a bye week to stew over the last game. “You hate it regardless.”

He’s right, of course. Still, a big-picture perspective can also be therapeutic for a club that still sports the best record in the Canadian Football League at 12-2 – even after the Steeltown beatdown. And for that we caught up with Willie Jefferson, as he and his wife Holly and daughter Kelley welcomed Rielley Rose into the world just as the club returned home from the Hamilton loss.

“Everything is great. I’m happy, man. I’m blessed,” said Jefferson – his face beaming with a wide grin. “I’m a big girl dad. And from what I understand, they say when you have girls that’s just God giving you a lifelong friend. My babies are going to take care of me when I get old. They’re not going to put me in a retirement home.” 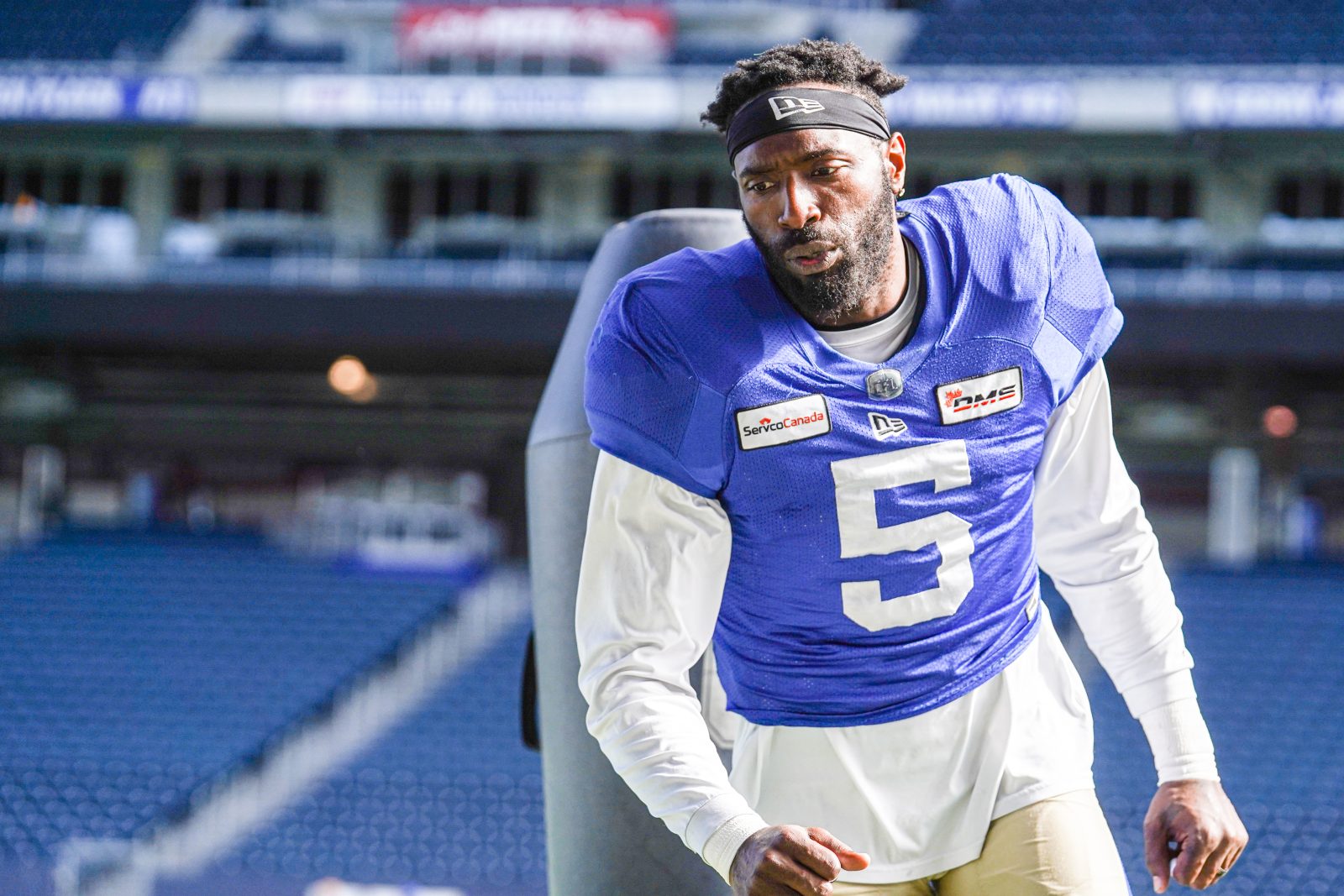 Jefferson spent his bye week ‘taking care of my girls’ but – like so many of his teammates – also revisiting what went wrong in a game that saw the Blue Bombers surrender the most points in these parts since a 52-16 loss to the Ticats back on July 2, 2015.

“It’s a learning experience. You have to look at it that way,” said the all-star defensive end. “We’re coming to the end of the season now. We know what we’re good at, and we know the things we have to work on. Now it’s trying to find those things we’re not good at and work on them every day at practice.

“Dane (Evans, Ticat QB) had a great day. He was connecting with his receivers and their defence was on top of their thing. On any given day a team can come out and play its ‘A’ game. On that day, we didn’t. There’s no undefeated teams in this league. We’re the closest thing to it, but on any given day we can take an ‘L’ if we don’t go out there and play our ‘A’ game, if we don’t communicate and play together as a team.”

That was a common theme from those on the defensive side of the ball, as the Hamilton attack cranked out 409 yards offence while Evans threw for five touchdowns.

“We’ve got a lot of work to do. We’ve got a lot of things to get covered, things to get accomplished,” said safety Brandon Alexander. “We’ve got a bunch of new guys in different spots, in different places, just trying to feel everything out. The biggest thing – and I say this every year – is that communication because everybody’s different. Everybody has to be on one accord in order for this to work, so communication is a big thing.” 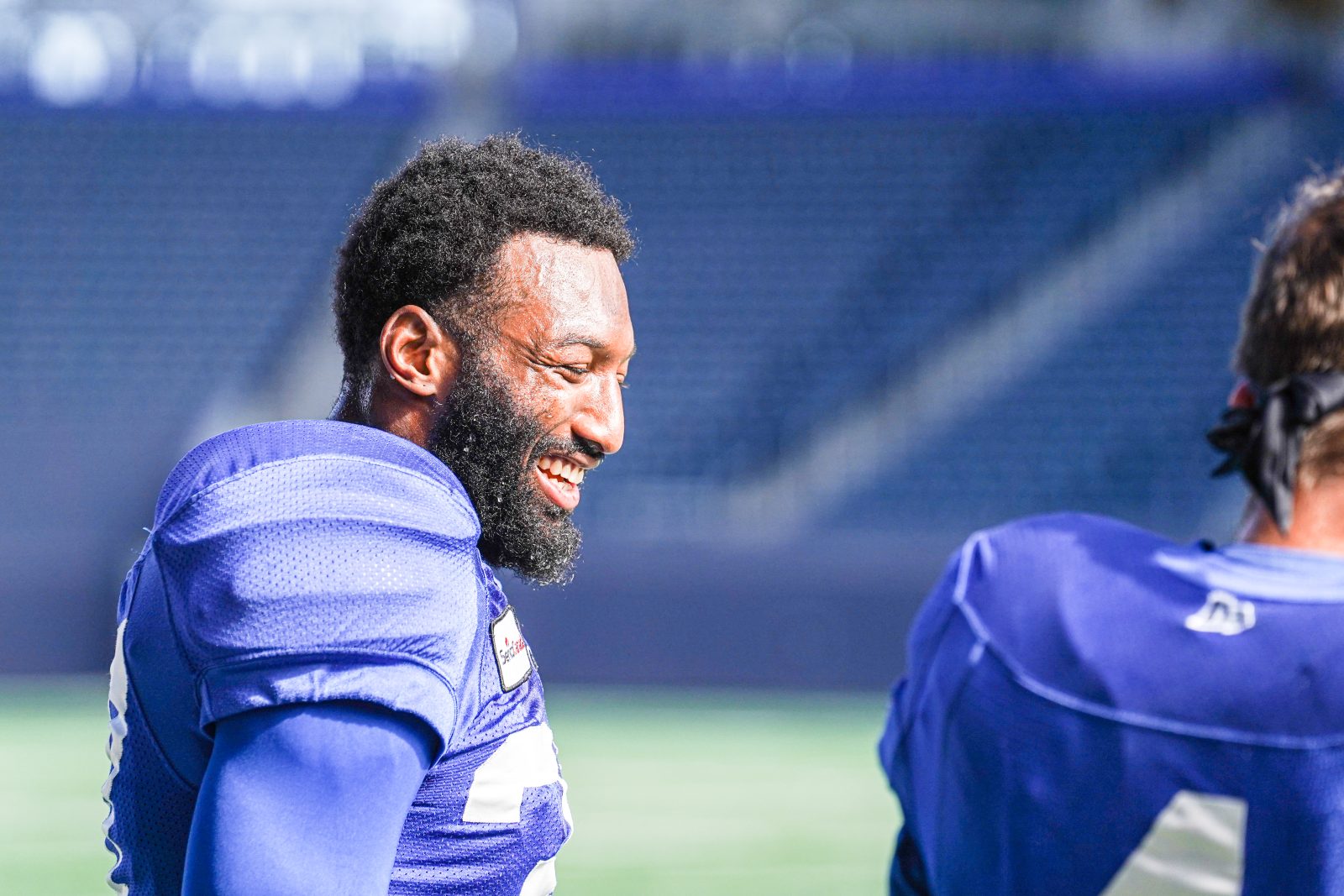 “… They hit us in the mouth, and they made a couple good plays by doing certain things on offence against us. We’re going to adjust to that and get back to what we do as a defence and, again, that’s a big part of that communication; making sure that we are where we need to be at at all times.”

Alexander spent his bye week in Winnipeg and said that after a couple days rest, he and his teammates were texting and calling each other about what they had seen in rewatching the game and how to make corrections by the time the team hit the field again Monday in preparation for Friday’s home date with the Saskatchewan Roughriders.

Quarterback Zach Collaros and his family took a break at Caddy Lake, but football was never too far from his mind.

“It’s been nice to get back. High energy in the meeting room, on the field and even yesterday getting our feet back under us,” he said after practice on Monday. “It’s always nice to come back and see everybody. I thought it was great energy today.

“I think it’s important during the bye week to still say in it. Obviously, you’ve got to get away and relax your mind a little bit. But it’s important to stay in shape, watching what you’re eating, not having too many beers and those kind of things

“It’s a very long season and we’re coming up on the stretch run so I think it showed today on the field that everybody took the bye week seriously putting work in the weight room, running and all those things.” 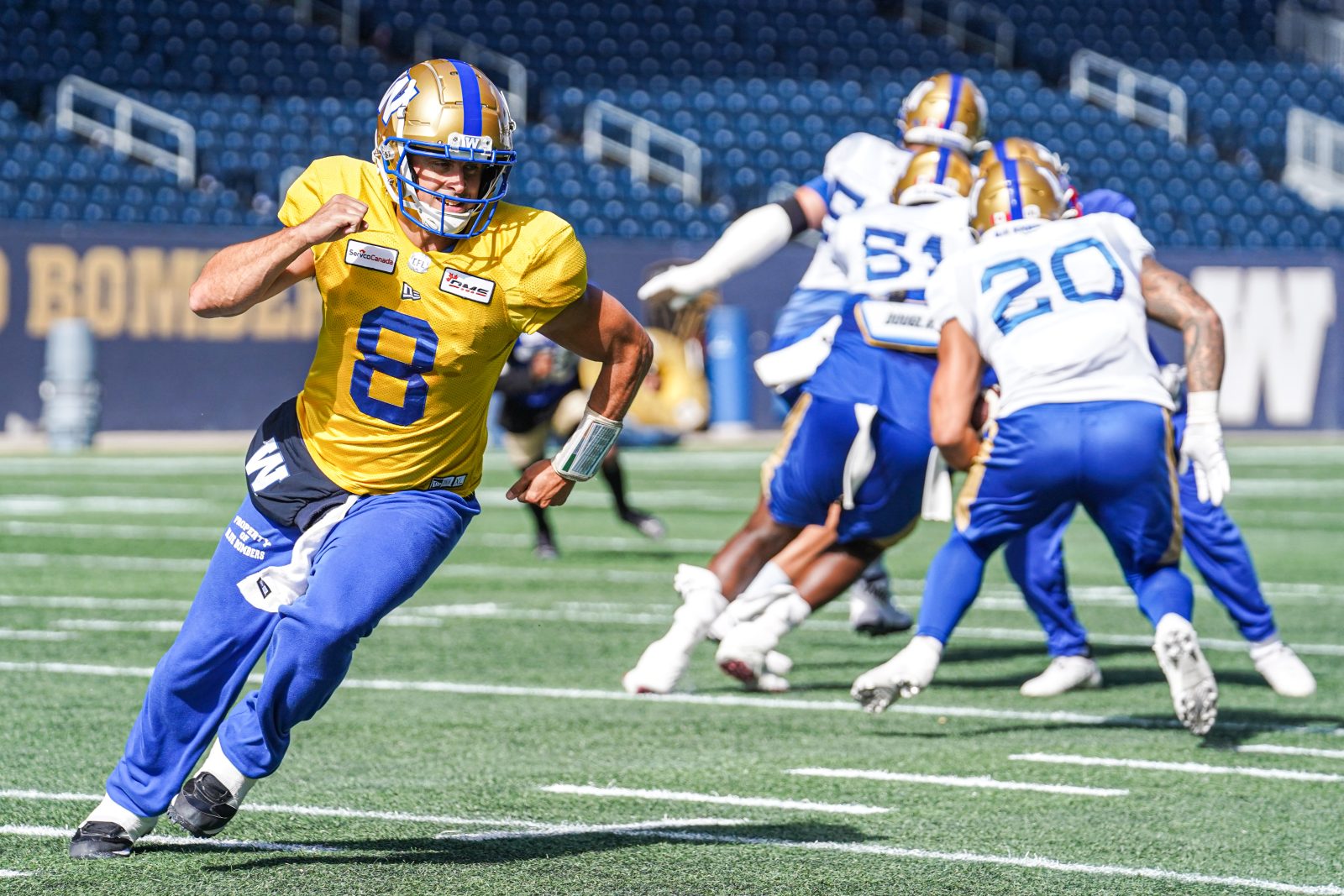 THE ROOT OF ALL EVIL:

O’Shea was asked Monday after practice if it was ‘communication, decisions and if could narrow down’ the factors in surrendering that many points against the Ticats.

Veteran left tackle Stanley Bryant was not at practice, with Geoff Gray having moved out to left tackle and Michael Couture lining up at left guard. Cedric Wilcots II got a lot of work in Jeffcoat’s spot with the starting D. 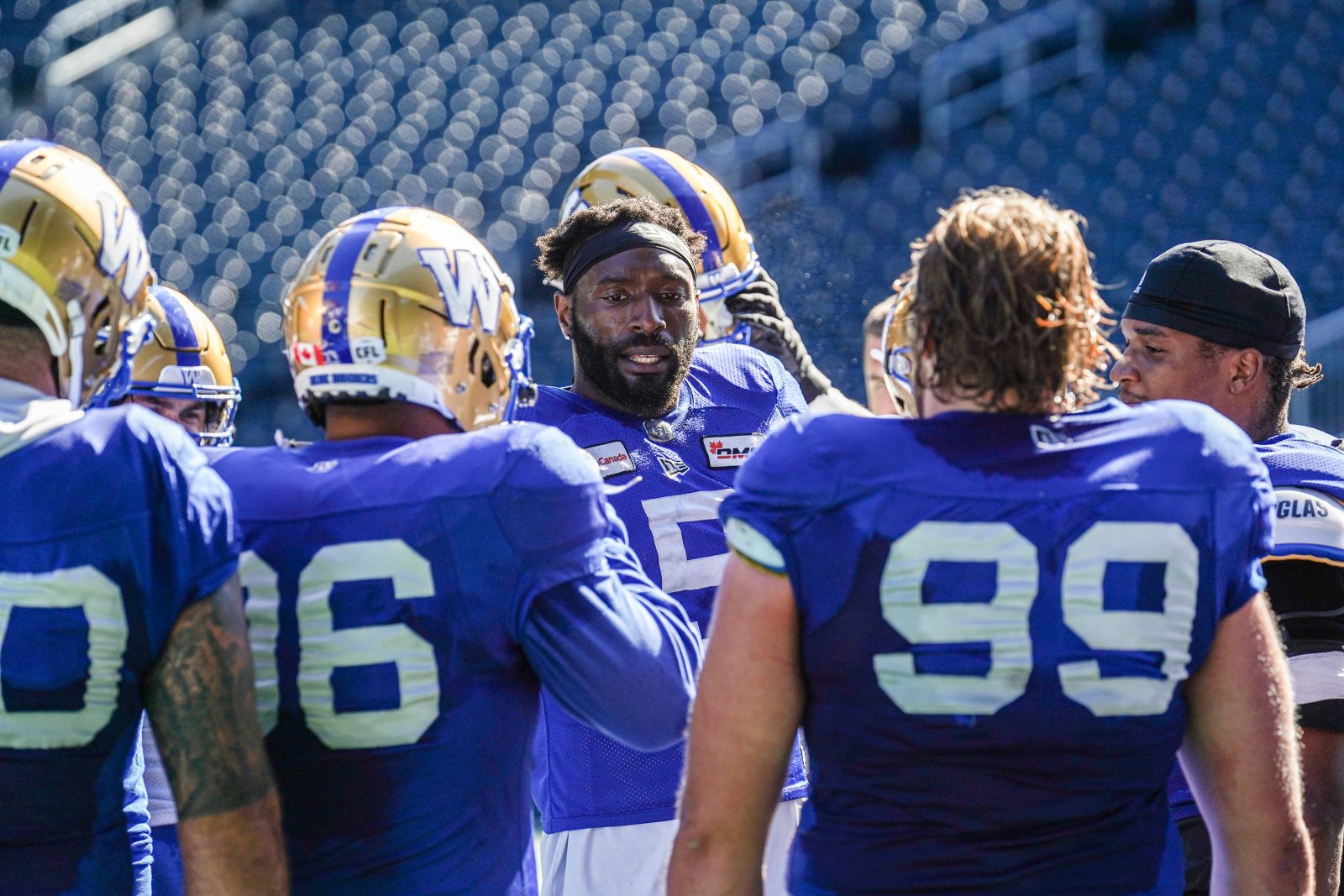 A Blue Bombers win this Friday, or a Calgary loss, would clinch a home playoff date in Winnipeg. Here’s a look at the CFL’s latest playoff scenarios.

The Blue Bombers added four players to their practice roster over the bye week, all of them Americans. The new faces: