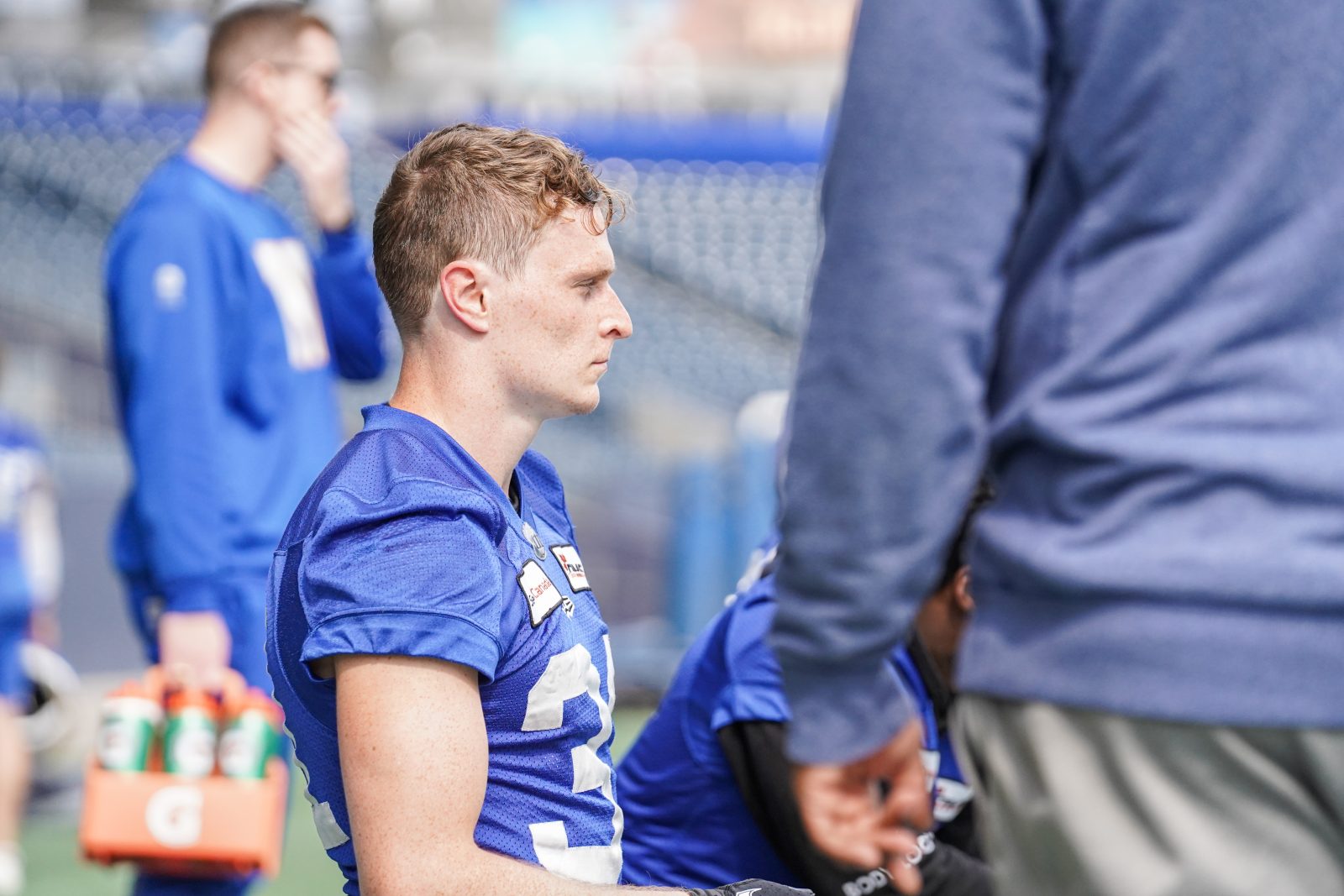 Evan Holm has been a professional football player for just over 100 days and has all of five games to his name.

And yet, the rookie Winnipeg Blue Bombers defensive back already knows exactly how all this works: if he’s the man pegged to replace Nick Taylor at halfback this Saturday in Hamilton against the Tiger-Cats – the official depth chart will be released Friday – he and fellow rookie Jamal Parker at cornerback figure to see a ton of action.

“It’s an exciting challenge,” began Holm after practice Wednesday. “If I’m the other team I’m going to go where they’re inexperienced and see what the new guys can do. We’re game-planning for that. We’ve just got to make our plays.

“We can play football, too, and we’ve just got to be prepared for that. We know what’s coming. It’s plug and play around here. No excuses. And I have to play to the standard that Nick had. Nick Taylor is a really smart guy, just really smart with route concepts, and I learned a lot from him. He knows a lot more than me, so he was always helpful for me.

“I’ve just got to step up and play to that level. Again, no excuses.”

The Blue Bombers air defence has been had its share of change this season, what with DeAundre Alford having headed to the NFL over the winter and Brandon Alexander out for the first 13 weeks of the season.

Alexander looks to be returning soon and with Taylor being shelved with an Achilles injury, that will mean the faces in the secondary on Saturday will change for the fifth time this season. 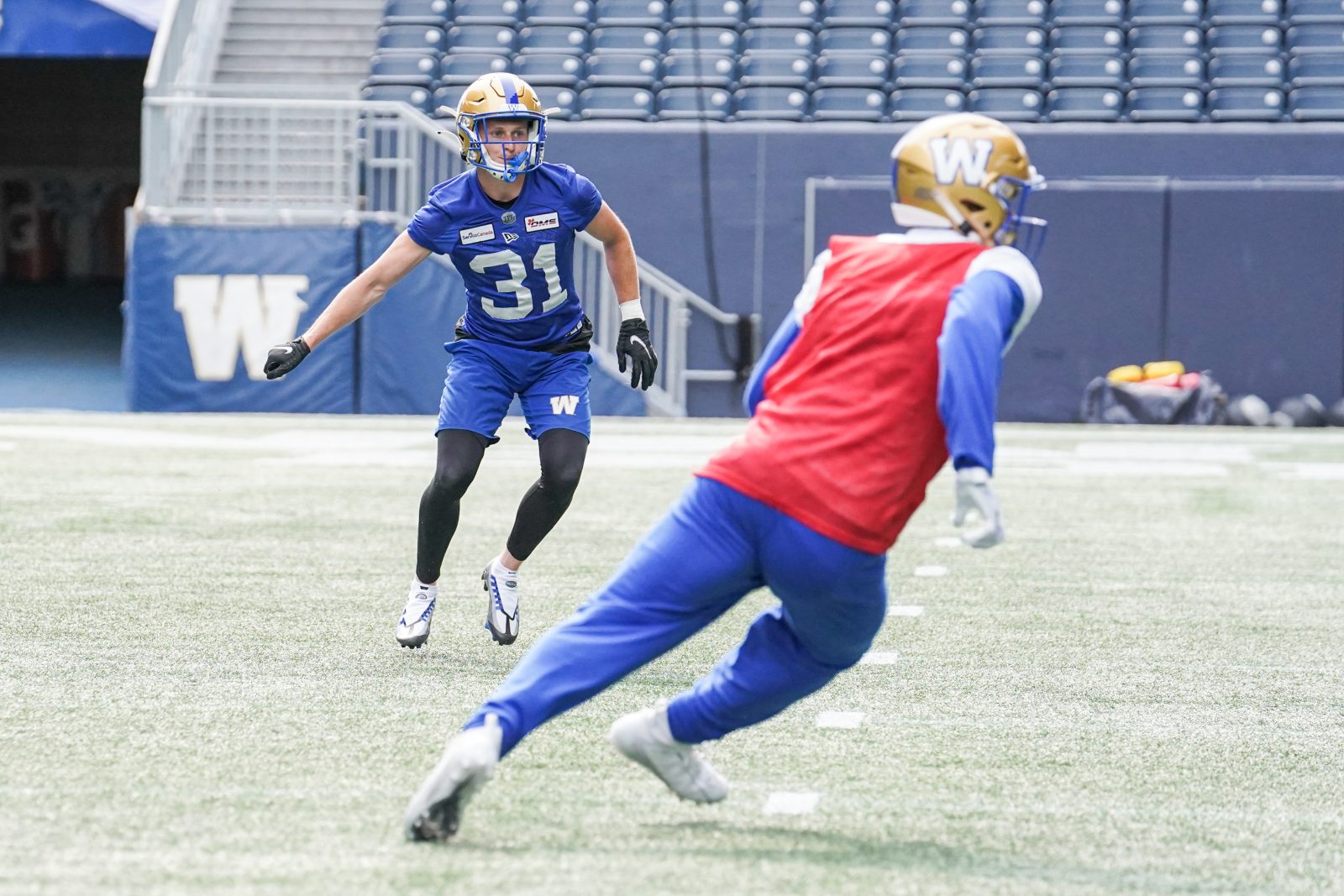 “Injuries are always a challenge in this game and every team is dealing with them in their own ways,” said Blue Bombers defensive backs coach Jordan Younger. “We’ve been hit and it’s unfortunate and I feel really bad for the guys… Nick Taylor being the most recent one. But like we say, it’s an opportunity for the next guy to step up and make a play, so we try and keep that same mentality no matter what we’re dealing with.

“(Parker and Holm) have a long way to go. They’re still learning, they’re learning on the run. But they’re very competent guys. They’re guys that have been here for a while now, been in the system working, learning what they need to do. I’m excited to see what they’re able to do on Saturday.”

Taylor made a pit stop at Blue Bombers practice on Wednesday with his baby and sporting a walking boot on his foot. He worked his way down the stairs from the IG Field concourse to the front row to shake hands with his teammates as the session was unfolding. That’s part of what gets lost in Taylor’s injury – a veteran voice in the secondary, an upbeat presence every day around the building.

“If BA (Brandon Alexander) is able to play we’ll welcome him, we’ll be happy to have him back out there,” Younger said. “But Nick Taylor is Nick Taylor, and we’ll miss him. Everybody here is tight, the secondary especially and he was just one of those personalities that was always upbeat. You can see even today dealing with the injury it was all just positive energy. We’re going to miss that.”

“You need him around the locker room, you need him in the meeting rooms, you need him all over the place,” added head coach Mike O’Shea of Taylor. “They love seeing when guys show back up. He’ll be around more and it’s always good to see that you’re appreciated by your teammates. Of course, he should know that.” 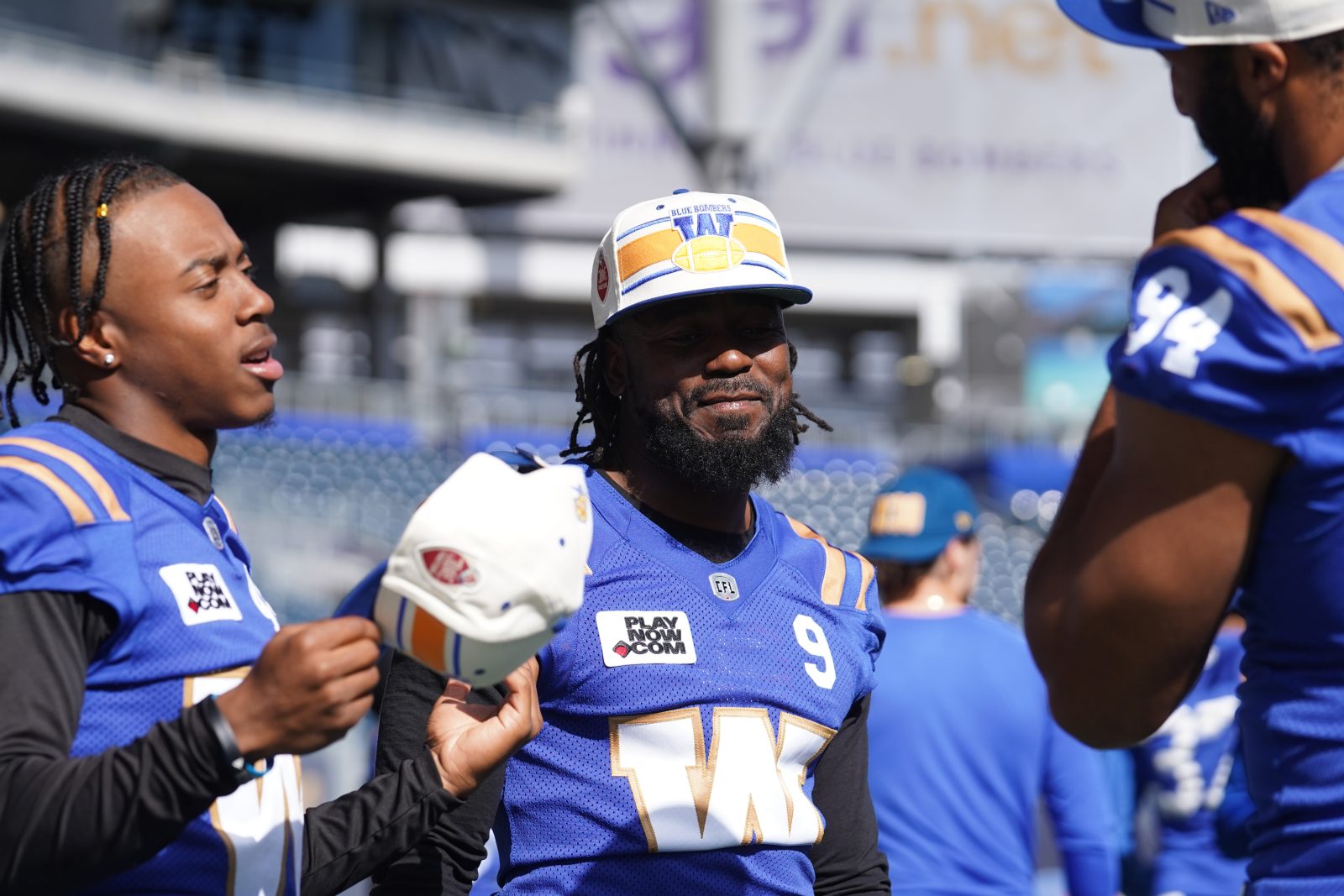 “It’s the way we’ve run this group for quite some time. They get coached well by Richie (Hall, Defensive Coordinator) and JY, they spend a lot of extra time together outside of that formal coaching period, they watch film together. Danny (McManus) and Ted (Goveia, Assistant GMS) do a great job of making sure they’re bringing in the right guys that are going to fit. These guys fit.”

Parker has made the last two starts at corner for the Blue Bombers and if Holm steps in, it will be the first pro start for the University of North Dakota product. He offered this Wednesday when asked about the fine line between being excited for the challenge and being so nervous the moment becomes overwhelming:

“That all comes down to your preparation. If you’re not prepared and something happens in the game you don’t expect you might be nervous about what might happen. But if you’re prepared, if you’ve been watching film and answering questions, you’ll be more confident. You’ll have a little bit more nervous energy, but that’s normal.

“At the beginning I didn’t know a lot about the CFL game. The waggle was totally different to me and at first I had to get adjusted to that. Now it’s about recognizing route concepts and that’s where Nick Taylor was really good. He’d recognize it right away and go run the route. That’s something I want to try and emulate. He’s just a really good player. We’re going to miss him a lot.

“But you’ve got to be a competitor. I’m excited for it. I’m excited to step in for one of my teammates and do my role.” 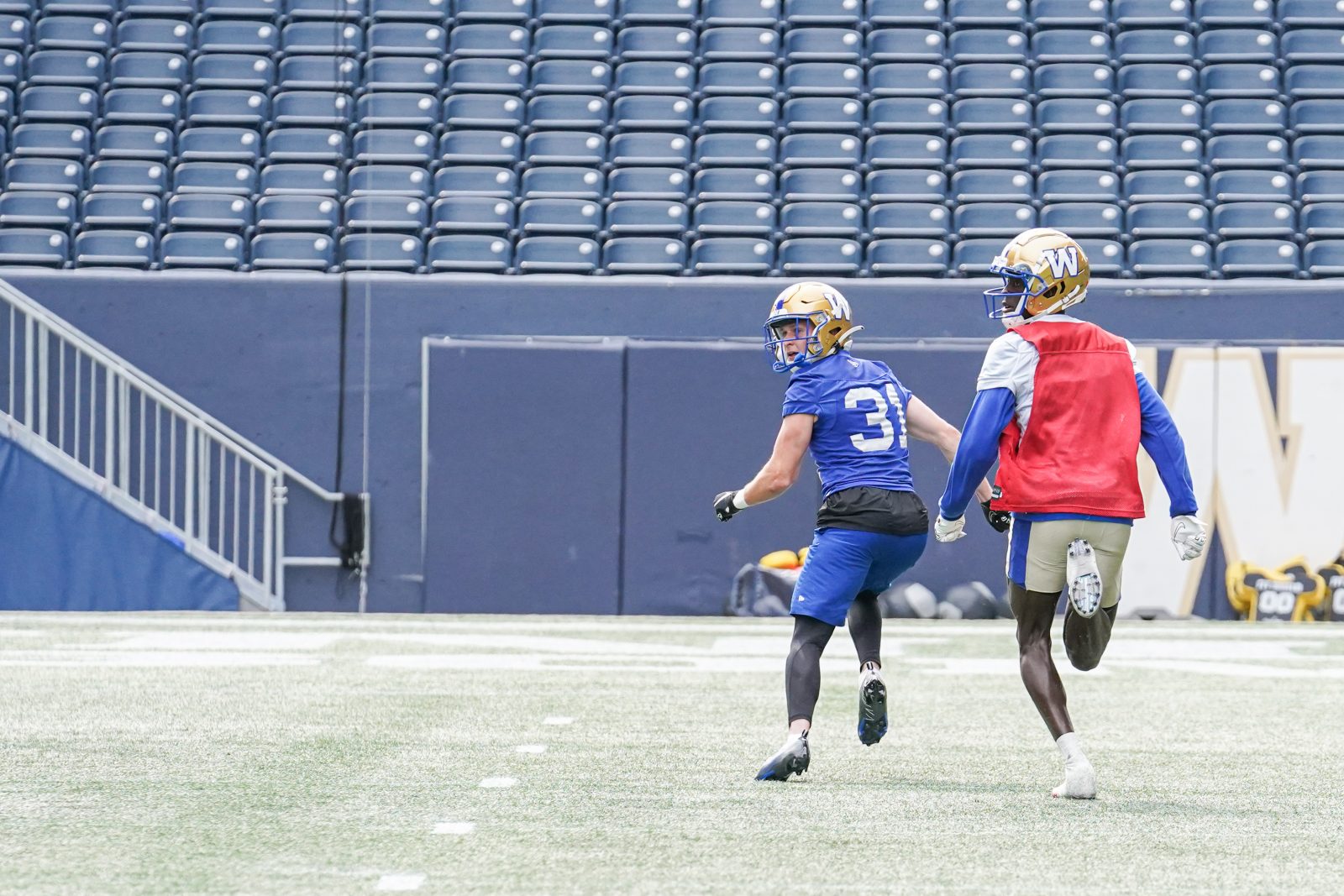 Stanley Bryant was back at his left tackle spot on Wednesday after missing Tuesday’s session… The Ticats welcomed back QB Dane Evans to practice on Wednesday. He missed Hamilton’s last game before the club went on a bye week. The Tabbies will be without veteran QB Matthew Shiltz, who is nursing a hand injury.

Good quote today from O’Shea when asked by CJOB’s Derek Taylor for an assessment of his squad after 13 games:

“There’s so much room for improvement, there always is. There are so many details that go into every single play, let alone a series, let alone a quarter, a half, a game. There’s always room for guys to learn and make sure they put that experience back out on the field the next time they’re out there. You would find every team say the same thing, I imagine, and I think it’s a good place to be. I don’t know that you want to arrive.”