“I love being Canadian and repping my country.” 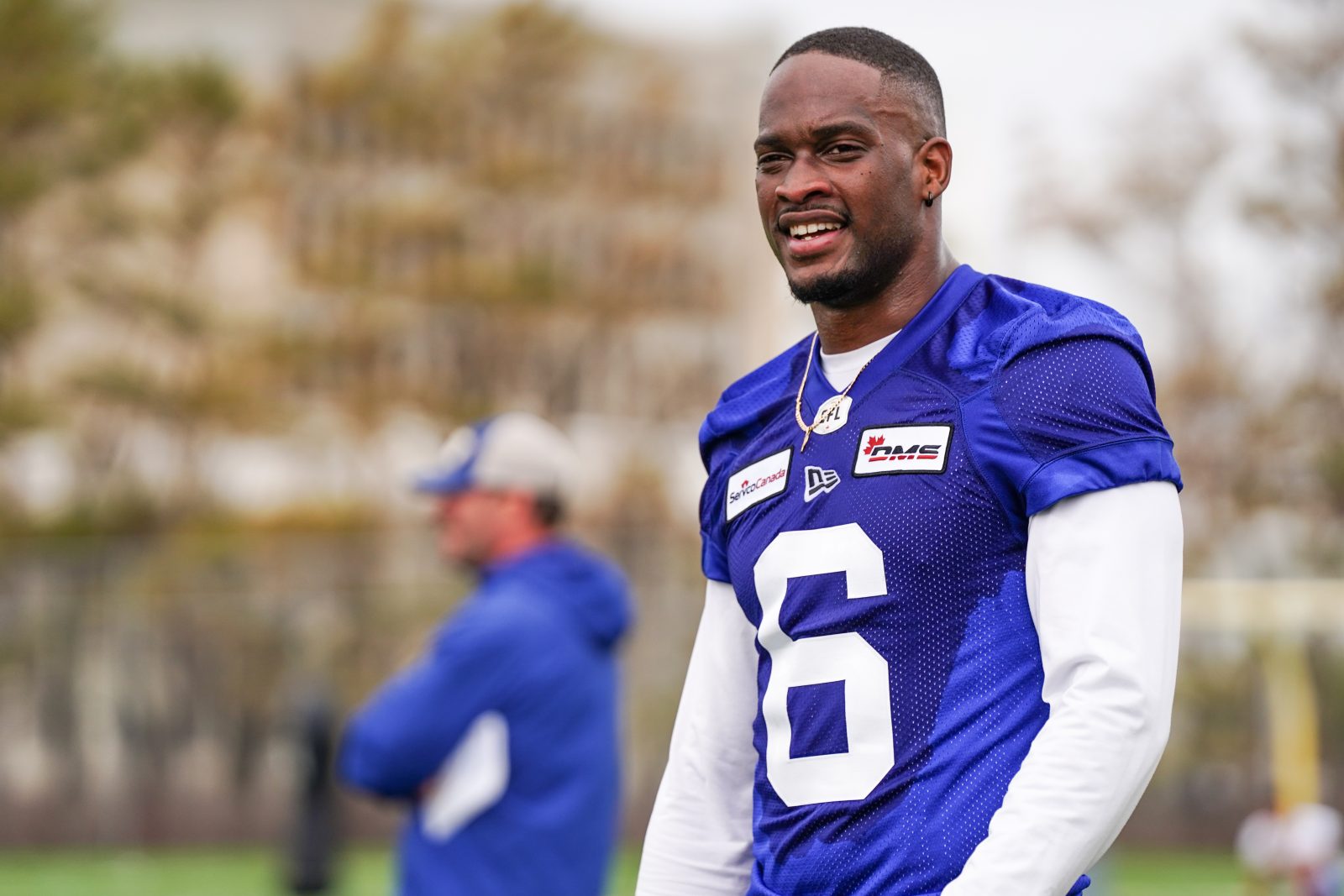 “I love being Canadian and repping my country.”

It wasn’t something that could be scientifically measured, but as Patrice Rene spoke following Day 2 of Winnipeg Blue Bombers rookie camp there was an obvious joy in his voice and a sparkle in his eyes. Football training camps can bring a variety of emotions out of a player, from frustration and happiness, to fear and trepidation to a growing sense of self-confidence. And the longer a player sticks round, the more likely he’ll experience all of the above.

A third-round pick, 21st overall, by the Blue Bombers in the 2021 CFL Draft, Rene had a solid day on Thursday, jumping out due to his size – 6-2, 208 – and because he has the skill set that could give the club options to look at playing a Canadian in the secondary.

“It’s just so much fun coming back out here, playing football again after a couple months off,” began Rene in a chat with bluebombers.com. “I’m just like a kid again, running around and competing. It’s been a great time.

“This is something I’ve been working for since I was a little kid. I always dreamed of being a pro football player and to have this opportunity is a blessing. I don’t take it for granted, so I come out here each and every day focused, locked in, making sure I do what I have to do because not a lot of people get to do this.

“A lot of people want to be professional athletes and only a few get to do it and I’m blessed to be one of them. I cherish every day.” 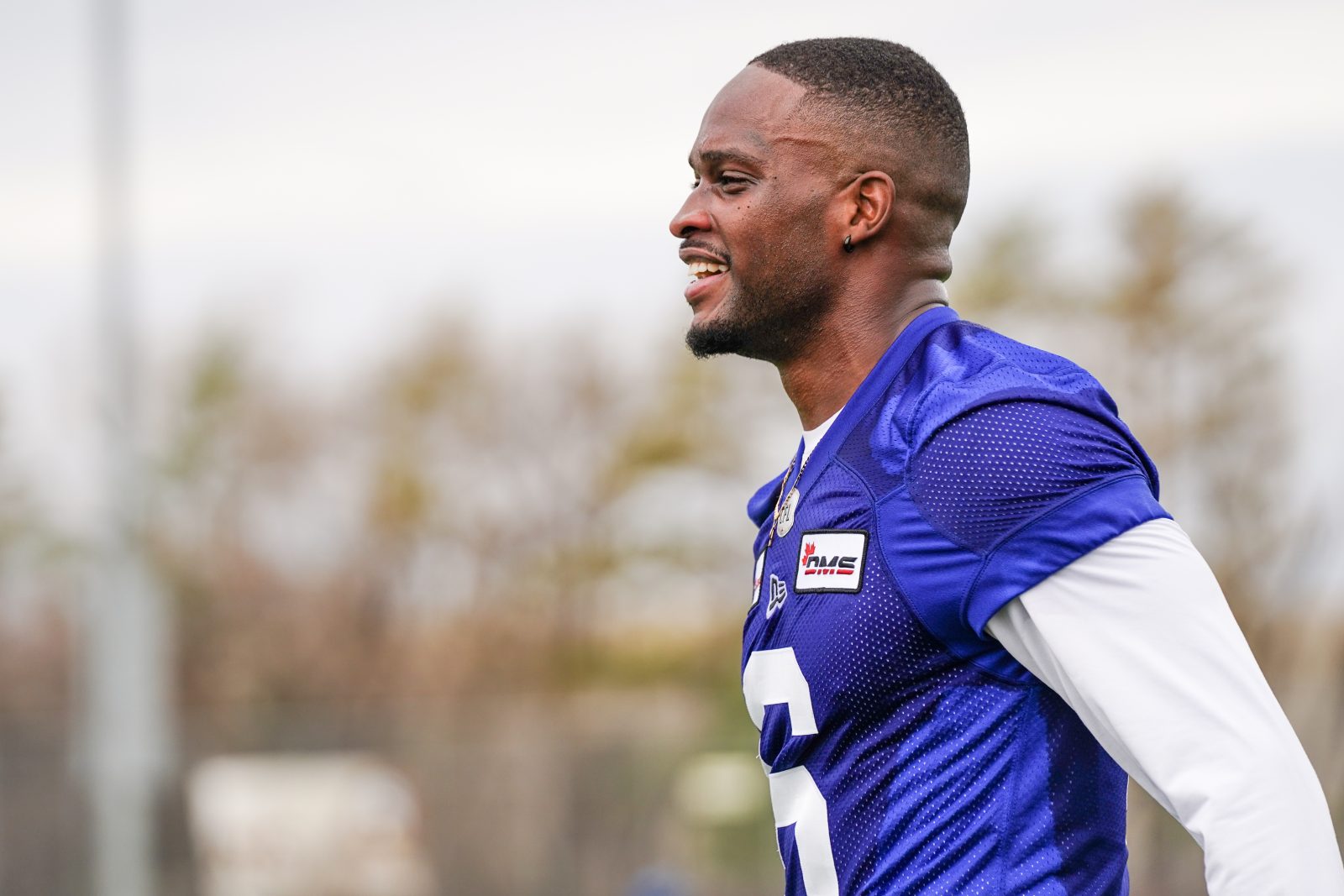 A product of both North Carolina and Rutgers – he transferred to the latter after five years with the Tar Heels – Rene appeared in five games last year after suffering an injury. In 2020 at UNC he appeared in 10 games, with six starts at corner. That kind of versatility, and his Canadian passport, could serve him well when the coaching staff gets to piecing together a roster.

Interestingly, when Rene stepped onto the practice field beside the Winnipeg Soccer Federation South complex at the University of Manitoba, it marked the first time he’d been on a Canadian field since….

“It’s been some years,” said Rene, who played his high school ball in Virginia, with a chuckle. “The last time I probably played Canadian football was little league, playing in Capital Football, back with the Orleans Bengals. That was probably Grade 7-8-9.

“This is almost nostalgic for me because I grew up playing this game. My introduction to the game was Canadian football… the three-down game, the longer and wider field. It’s good to get back to that, get back to my roots.”

Rene didn’t sign with the Blue Bombers until last week, waiting to see if he could land an undrafted free agent deal in the NFL. All along he had been in contact with the club here and knew there would be an opportunity.

“(Waiting on a possible NFL deal) is part of the process, but I’ve been in contact with Winnipeg since even before the day they drafted me,” he said. “I’d been talking to Coach O’Shea and the GM, Mr. Walters, and they’ve always been in my ear and letting me know I have a home here. I’m so happy to be here. This is an opportunity to play professional football and so to be back home is something I really take pride in. I love being Canadian and repping my country.”