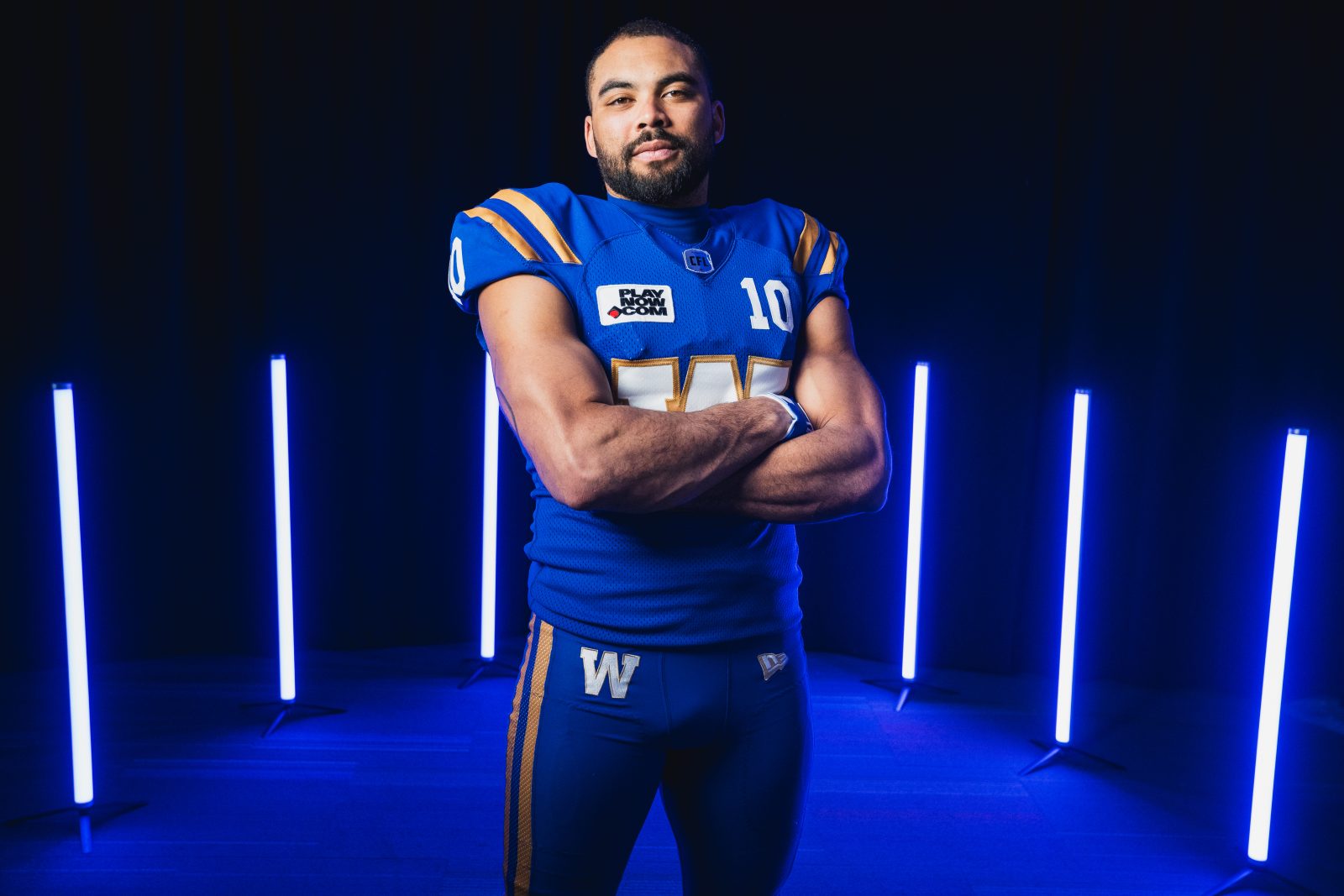 They’re bluer, they’re bolder, and there is no mistaking the city and the iconic championship team they represent.

The Winnipeg Blue Bombers unveiled their new alternate jerseys at the Pinnacle Club at IG Field Thursday night and the initial reviews to the look was a collective thumbs up from those in attendance – including the men who will wear them in action this season.

“Any time you get a new jersey as a player you’re excited,” said slotback Nic Demski, who helped model the new uniforms at the unveiling along with teammates Brandon Alexander, Willie Jefferson and Adam Bighill.

“It’s definitely different than what I’m used to being a Bomber, but I like the change-up. You want something different in an alternate jersey. I’m excited to put the new blue on and I’m ready to rock in them.”

Designed by Blue Bombers Creative Director Rhéanne Marcoux in conjunction with uniform manufacturer New Era, the front of the alternate royal blue jersey features a giant white ‘W’ along with smaller white numbers on the left side, just above the heart. A PlayNow.Com logo is positioned on the right side of the jersey above the ‘W.’

The back of the jersey features larger numbers and the name plate, both in white. The shoulders, meanwhile, feature two gold stripes to represent the back-to-back Grey Cup championships in 2019 and 2021 and positioned above the uniform numbers.

The pants – also all blue – feature the two gold stripes, as well as a white ‘W’ on the right hip and the ‘New Era’ logo on the left. 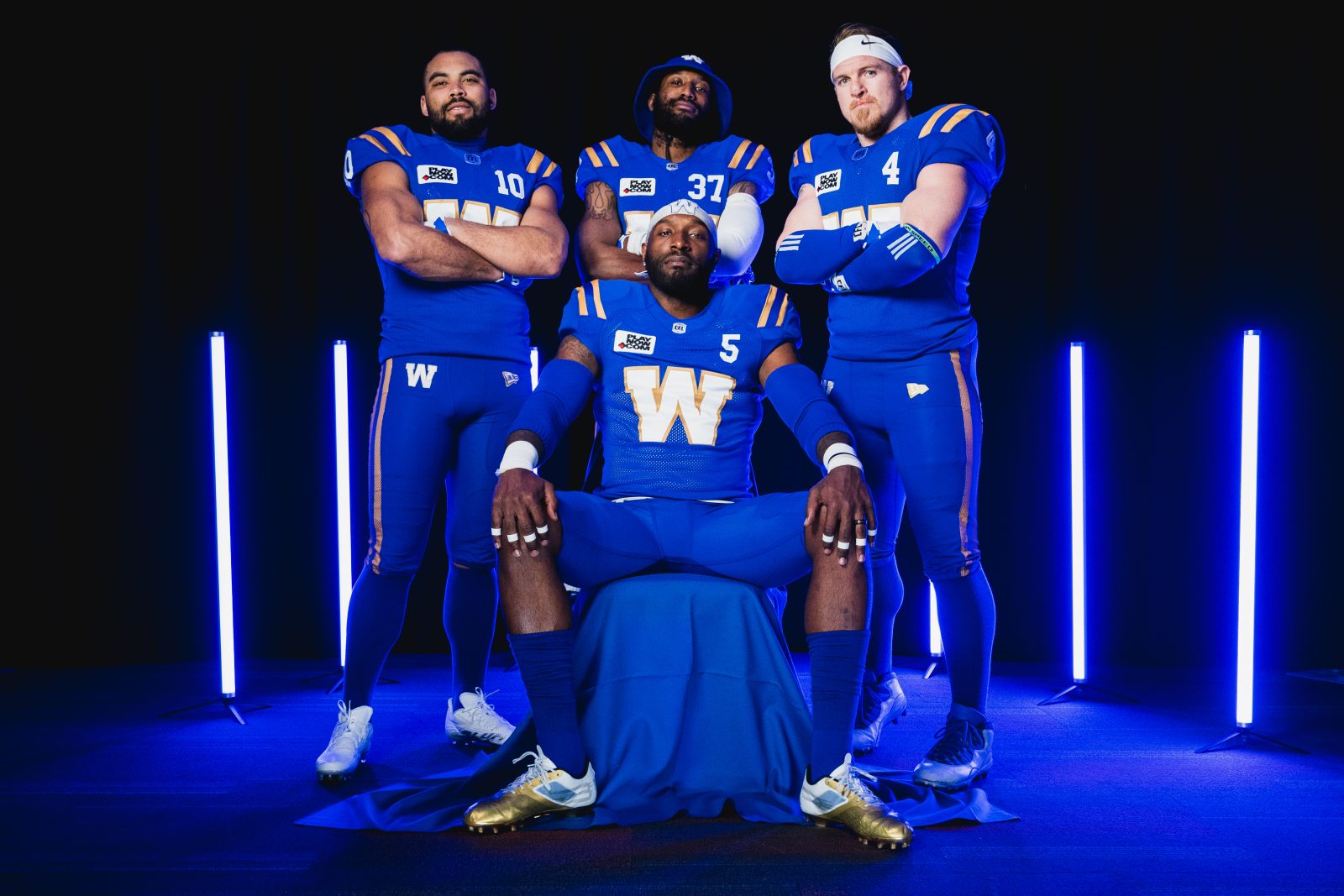 “Over the last few years what has become pretty special on game days is looking up at a sea of blue in the stands,” said Blue Bombers President and CEO Wade Miller in introducing the new look. “It’s our hallmark, especially after years of the club moving away from the classic royal blue.

“We didn’t want to take away from that by introducing another primary colour for these uniforms. In fact, we wanted to really embrace it from head to toe. We wanted to create an instant classic; a jersey that really embraces our long history as a club, a jersey that feels timeless but also modern and clean.”

And that was exactly the first reaction from Blue Bombers safety Brandon Alexander.

“They do look more modernized,” Alexander said. “You know, I’m really not a big guy on jersey stuff – as long as we get out there and have a jersey to play in that’s all that matters to me. But they’re nice and I believe the fans will be appreciative of them.”

The Blue Bombers will wear the new alternate jerseys on two occasions this year, both home games – August 11th vs. the Montreal Alouettes and the annual Banjo Bowl against the Saskatchewan Roughriders on September 10th. 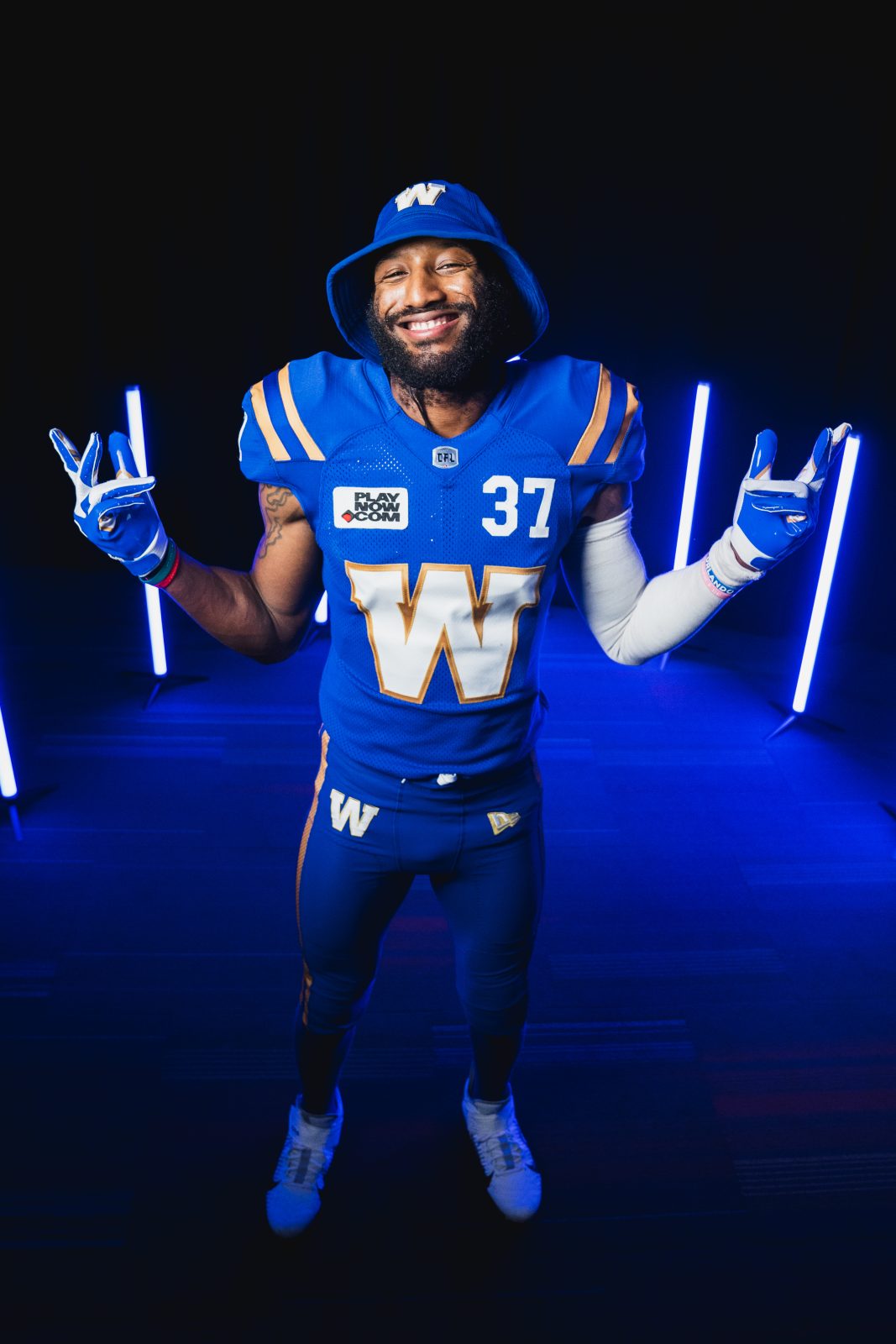 “So, just to bring something different, a change, is good. It’s still close to what we normally wear with the blue being so bright, but with the stripes on the jerseys, the numbers on the back being so big and bold and the ‘W’ on the front being so bold I really feel like the fans will love it when they see it out on the field.

“If we can wear all blue and we’re standing out with what we’re wearing and the fans are happy about it, it’s time for that,” he added. “When they see the guys out there on the field running around in them they’ll look even better and the fans will really like the product the team has put out.”