“I definitely feel the love and the want to return.” | Wolitarsky back in blue & gold 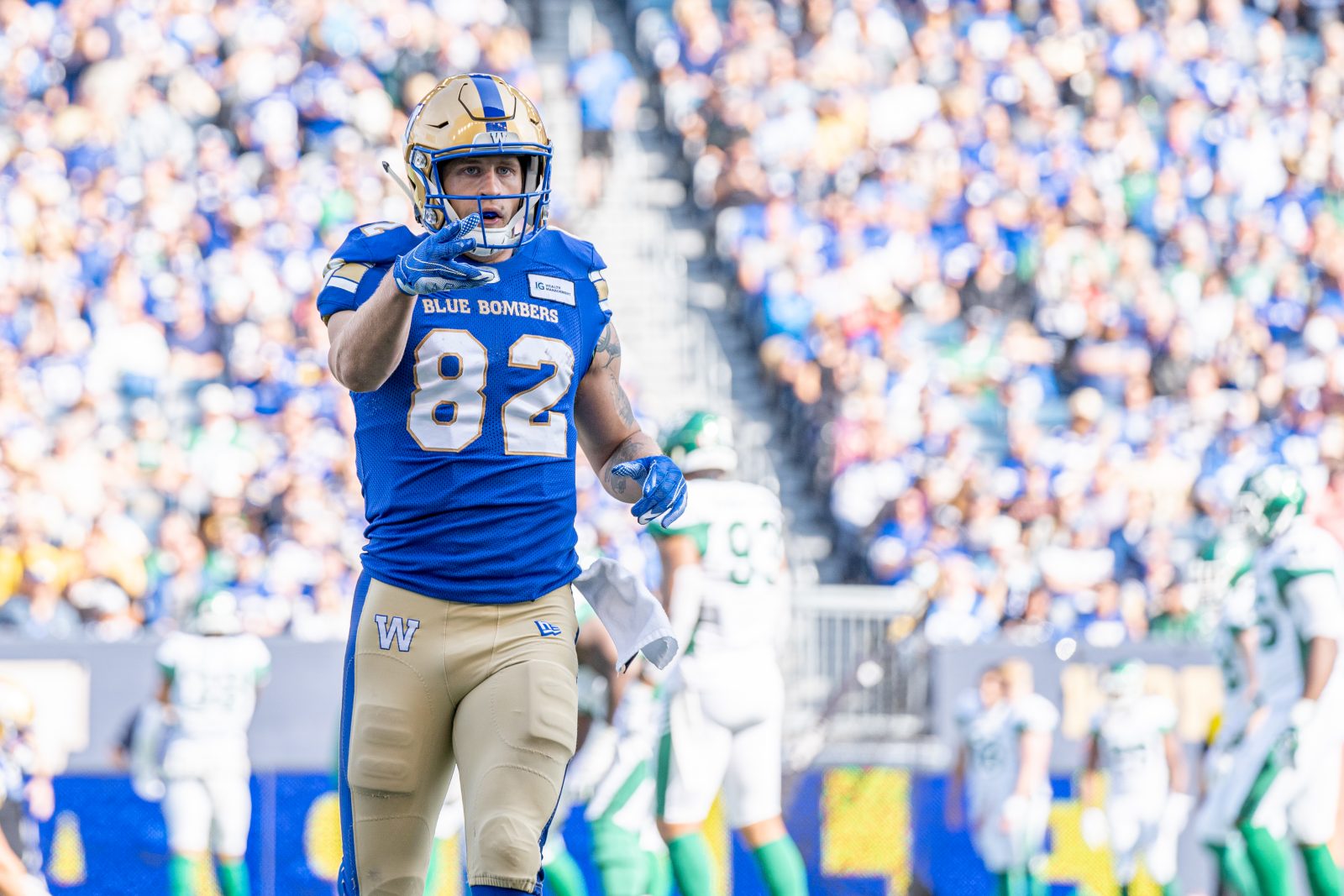 “I definitely feel the love and the want to return.” | Wolitarsky back in blue & gold

It was the summer of 2017 and Drew Wolitarsky — fresh from being grabbed by the Winnipeg Blue Bombers in one of the Canadian Football League’s mysterious supplemental drafts — was en route to his new home in Manitoba.

He had borrowed $5,000 from his older brother Austin so he could put a down payment on a 2015 VW Passat, and with the season already underway upon his arrival he quickly found an apartment where he could live on his own and soak up his new surroundings.

“It had a broken desk, a broken table and five pieces of silverware,” began Wolitarsky with a chuckle in a chat with bluebombers.com. “I was living small when I first came to Winnipeg, and I was nervous as hell. I was on the PR (practice roster) for a long time to start learning the scheme and offence.

“The coaches are so busy during the season, so I became friends with (Weston) Dressler and Darvin (Adams) and learned as much as I could from him. I also picked up a guitar for the first time.

“So, to see this transformation and this growth for me in everything – in my music, too – that all happened for me in Winnipeg. That’s neat. 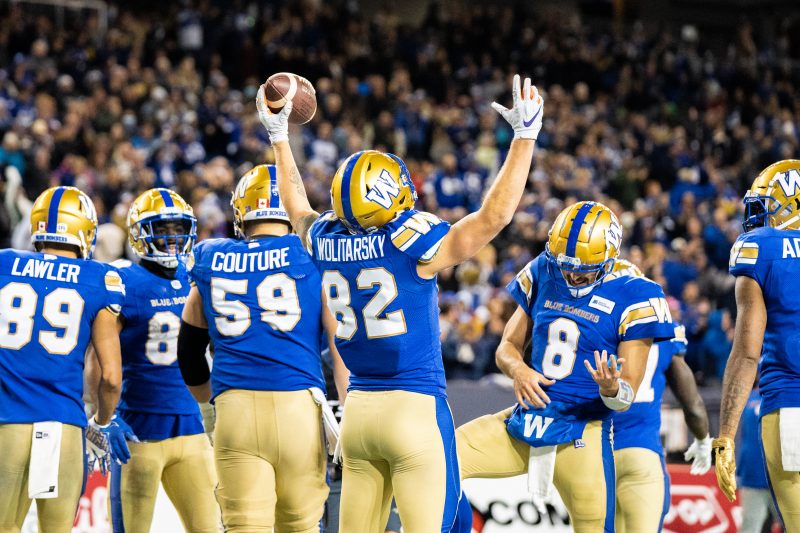 “That’s why I couldn’t imagine being anywhere else,” he added. “I told my agent, ‘Listen, man, I’ll be honest with you: I don’t want to play anywhere else.’ I couldn’t imagine going to a new city and losing all my friends and connections, losing that sense of ‘this is my team.’ I know the staff here, I know this offence… it would have felt like transferring colleges. I’ve felt so connected to this group and this organization that going somewhere else had me thinking, ‘Do I really want to do that on another team?’ I didn’t want to do that against my guys.”

Wolitarsky officially scribbled his name on a two-year contract extension with the Blue Bombers on Monday as the club whittles away at a long list of pending free agents before the opening of the market next week.

He spoke with us from Kelowna, B.C. where he is set up snowboarding with his girlfriend and her daughter. And over the course of a 30-minute conversation he touched on a number of topics, including understanding how some teammates are seeking bigger paydays this winter, especially with the window to make a living at this game open for only so long.

But Wolitarsky – the free-spirited Californian-turned-Canadian – also appreciates so well the importance of his surroundings and his fit and comfort level. A deep thinker with a real sense of the big picture and his place in it, he is content with the numbers on his paycheque.

Yet, his return to Winnipeg is also about so much more than that. 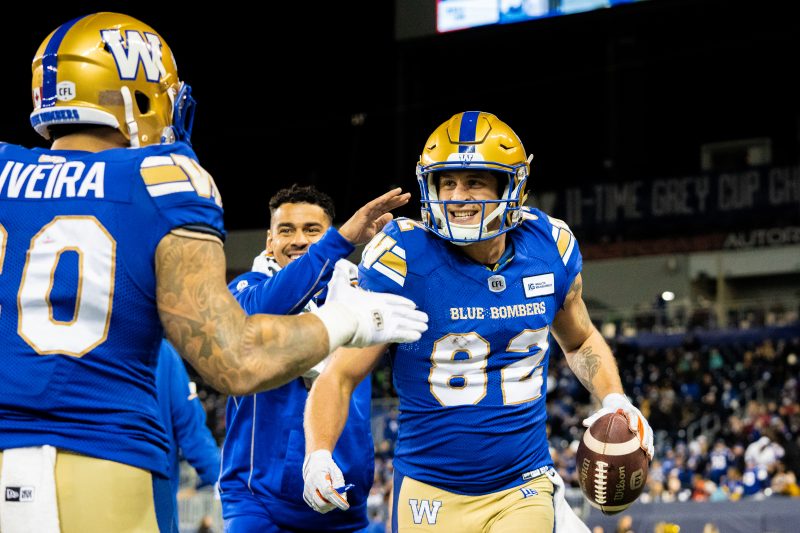 “I know a lot of guys have been asking for quite a bit (in contract negotiations) and that’s just what you expect from a Grey Cup winning team,” he said.

“They’ve done a great job here of keeping guys and making guys feel valued and putting this team back together. I’m really happy. I definitely feel the love and the want to return. That’s just a good feeling.

“I’ve been there for a long time. I’ve grown up there and now I’m a mentor to guys and it’s really a crazy feeling to have that come full circle. It just feels like family, man. I know other guys want more and they deserve more – some guys had break-out seasons and great seasons and they have families, too. This is a business and a means to support yourself in the future. I understand that. For me, I feel like I can do both in Winnipeg and I feel like I’m being taken care of there. It worked out for me.”

Wolitarsky’s transformation as a player has unfolded in front of everyone’s eyes over the past few seasons. He’s a crafty and intelligent receiver, but those in the know will extol the stuff that doesn’t show up on the field, especially his skills as a teammate and a leader.

That, too, took time to grow. 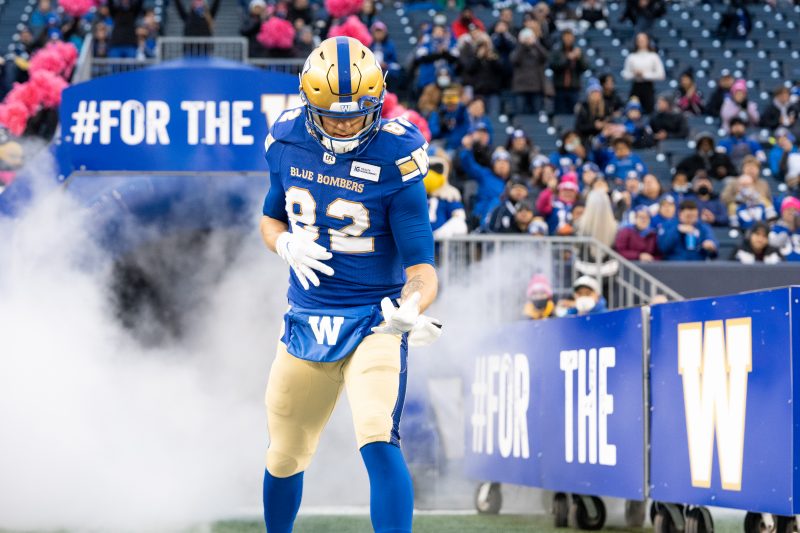 “When I came in, I wanted to get a bunch of balls, a bunch of yards. That was my goal. I wanted to pad my stats,” he said. “The reality is I’m playing ‘Z’ receiver (lining up on wide side of the field, furthest from the quarterback) and that comes with stipulations – you’re not always going to be the first read, and you’re kind of a safety net, of sorts. I’m someone who will be in the right place at the right time and fix things if they go wrong.

“It’s funny, when you first get to a team, they don’t really know what they see you as. It’s like a relationship: they’re trying to get to know you and you’re trying to get to know them. So, after a while it’s wise to look at yourself and say, ‘What am I good at? What do I do well?’ Then there are the other feelings like, ‘What am I unhappy with and what do I want to do more of?’ I had that conversation with Bourgs (receivers coach Kevin Bourgoin), asking what he expected of me, what does he want more of from me and how can I help and be better in my role.

“Here’s the deal, man: I want to get paid. I want to get better and I want to make a living at what I do. And if the whole season I’m bitching and complaining about not getting the ball, that becomes your thought every game going in. That’s not a good mindset and it doesn’t lead to anywhere good. I had to learn that the hard way, that me bitching in my head is draining my energy, one, and two, it’s not sending out a good signal to the people around me.”

A talented musician who is passionate about exploring that skillset — “Dude, I’ve got some good stuff coming and I’m ready to record” – Wolitarsky is contemplating buying a home here in Winnipeg upon his return in the spring.

He was here during the beginning of the pandemic and, as so many of us who call this place home have said, you have to live here for a while to get it and to appreciate it.

Again, it’s about finding a comfort level and a happy place, as corny as that might sound. 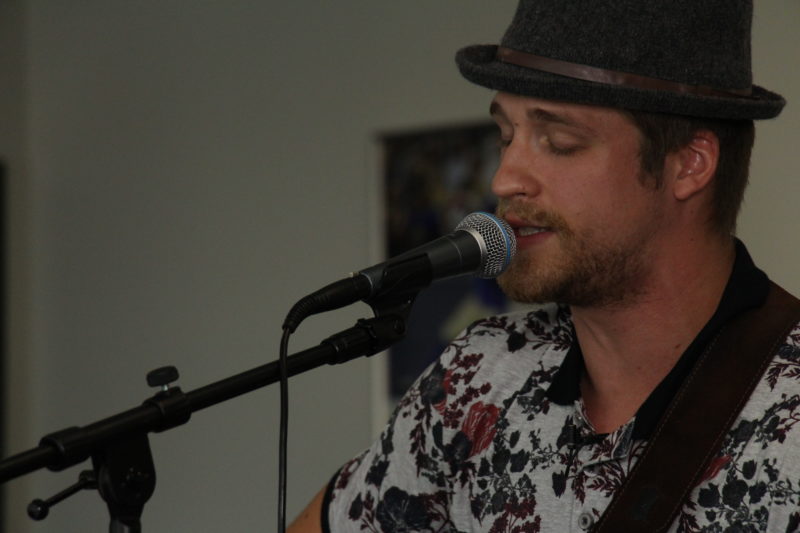 “It’s not corny, it’s true,” Wolitarsky said. “Work environment is so important. I feel like we as a team really trusted each other this pst year and it’s been a build to get that. That plays a huge role in winning. You saw the Grey Cup… you can’t tell me we don’t trust each other out there. That game doesn’t happen if you didn’t trust your team. It’s so important in any relationship and especially in in football.

“I want to love where I’m at, man, and I do love where I’m at. Winnipeg is a funny city, a different city. I’m on these ski lifts every day out here talking to people. They ask me where I live, and I tell them I spend half a year in Winnipeg. Sometimes they say, ‘Oh, I’m so sorry.’ Other times it’s, ‘Oh, yeah… my sister lives there’ and they have this connection. I imagine for someone in the U.S. it’s like saying you’re from Montana. People say, ‘Whoa, what’s in Montana?’ But once you go there and experience it, you see the other sides of life.

“It’s a place where I’ve gone from a boy to a man and I’ve learned so much about myself, about business, about entrepreneurship… everything. I’ve learned and honed all my skills in Winnipeg, and it will always hold that for me.”