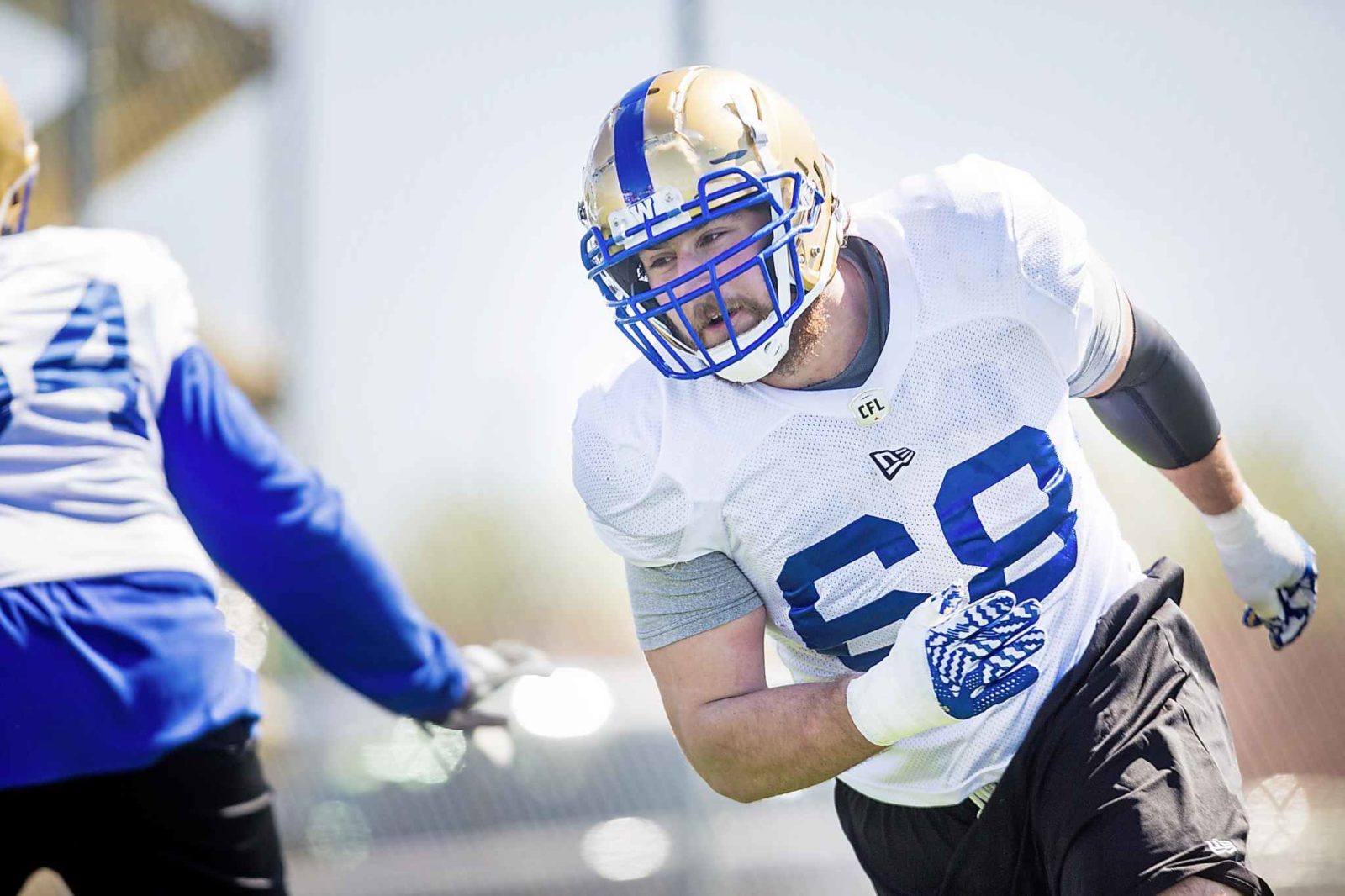 WINNIPEG, MB., January 17, 2022 – The Winnipeg Blue Bombers today announce the club has agreed to terms on a 2-year contract extension with Canadian offensive lineman Geoff Gray, who was scheduled to become a free agent next month.

Gray was a first-round selection of the Blue Bombers in the 2017 CFL Draft, eighth overall, and signed his first professional contract with the Green Bay Packers that year. He spent 2017 with the Packers, New York Jets and, finally, the Cleveland Browns before being released in late August of 2018. He joined his hometown Blue Bombers in October of 2018, suiting up for one game that season.

Gray’s 2019 season with the Bombers was solid, as he dressed for 13 games, including 12 starts at guard. The club’s depth along the offensive line meant he dressed for five games in 2021.

In his days with the Bisons, he was named the Canada West Outstanding Down Lineman of the Year in 2017, a Canadian University First-Team All-Star and a Canada West All-Star.