“We’re going in to do one thing, and that’s to win” 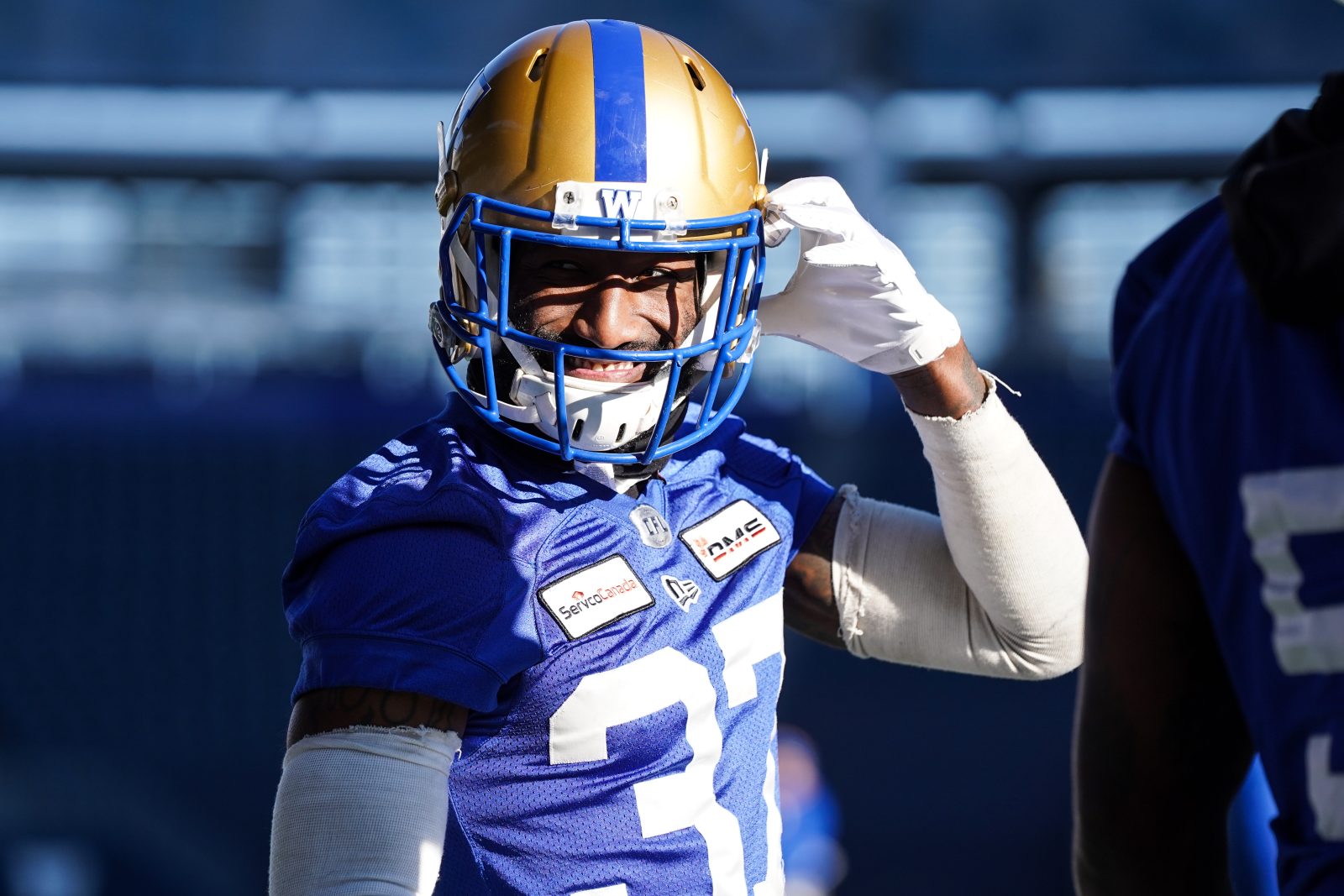 “We’re going in to do one thing, and that’s to win”

There is no right or wrong answer to the current debate swirling around the Winnipeg Blue Bombers and this whole ‘rest vs. rust’ discussion, a narrative that is certain to blather on for the next few weeks.

Should the Bombers keep as many of their regulars as possible out of Saturday’s regular season finale in Calgary against the Stampeders, knowing that the game means zilch in the standings and the next most important game is the December 5th Western Final at IG Field? Or should they line everybody up and go at it for fear of losing an edge prior to the one game that will ultimately mean the team punches its ticket to the Grey Cup or goes home a week early?

“Everybody looks at it in different ways and every one of them is true in some sense,” said Bombers safety Brandon Alexander following practice Tuesday. “But, at the end of the day, it’s important to win every game and to go in and do what you’re supposed to do. I don’t care if you’ve got your starters or your second string in – we’re going in to do one thing, and that’s to win. We’re going to try and keep that ball rolling, for sure.”

The Bombers had their nine-game win streak end in Montreal last weekend as they fielded a lineup minus nine starters, including Alexander, quarterback Zach Collaros, running back Andrew Harris, offensive linemen Stanley Bryant and Pat Neufeld, D-linemen Jackson Jeffcoat and Steven Richardson, defensive backs Deatrick Nichols and Nick Taylor, as well as kick returner Janarion Grant. The resulting performance evidently opened some old wounds, too, as many fans referenced the 2001 Blue Bombers. That squad, you may recall, had rocketed to a 14-2 record courtesy a 12-game win streak before resting some regulars for the final two regular season games, both losses. 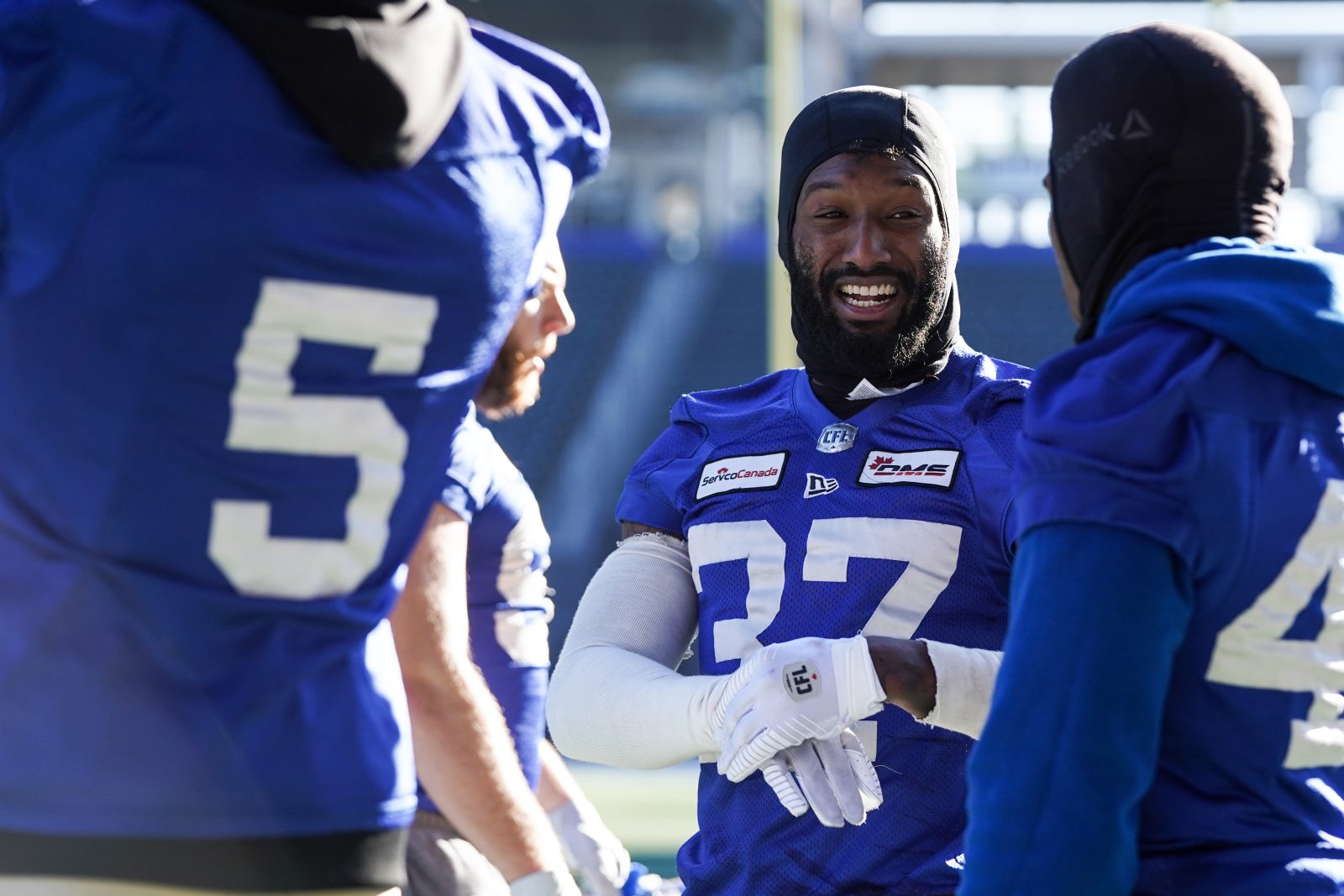 They did win the East Final after that, but fell in the Grey Cup game to the heavy underdog Stampeders. Bombers head coach Mike O’Shea said the club will stick to its regular routine. What shouldn’t be overlooked on top of that is how this squad is built, with a heavy emphasis on returning many players from the ’19 Grey Cup championship squad.

“They do have it figured out pretty good,” said O’Shea of his team’s routine and understanding of being ready come playoff time. “A lot of them have been in tough situations before and they know what they need. I do believe they understand the importance of everything, so they’re going to make sure they get what they need. It’s not like they’re going to leave something to chance.

“The main part of having that experience is understanding exactly what you need to do in order to be ready. Then that maturity and that care for their teammates makes them make the right decisions so that they’re getting that prior to a game.”

All of this shouldn’t make this weekend’s game any less interesting, especially given some comments by Stampeders’ QB Bo Levi Mitchell following Calgary’s win over B.C. on the weekend. Mitchell said: “We’ve got to continue to get better, man. We’re playing the best in the league (this) week. I’d love to put some doubt in their mind and, honestly, just confidence in ours. We’ll go out there and continue to play strong, play fast, beat ‘em up a little bit and do everything we can to get better.”

Those comments were put to Alexander on Tuesday – knowing that the Bombers and Stamps could be lining up opposite each other in a few weeks in the Western Final.

“It doesn’t matter if it’s Calgary or any other team,” Alexander said. “We’ll be ready to go out there and give it our best effort, it just to happens to be that it’s Calgary. That doesn’t even bother me, I don’t even care. We’re going to go in and we’re going to do what we do every single week. We talk about what we’re going to do, how we’re going to do this, playoff implications, this and that… we’re going out there to win one job and that’s to win for that week. We’ll get to the playoffs when that comes. Right now we’ve got Calgary and we’ll see them on Saturday.

“It doesn’t matter what players and coaches say. They’ve got to put on their pads like we do and we’ll see them on Saturday.”