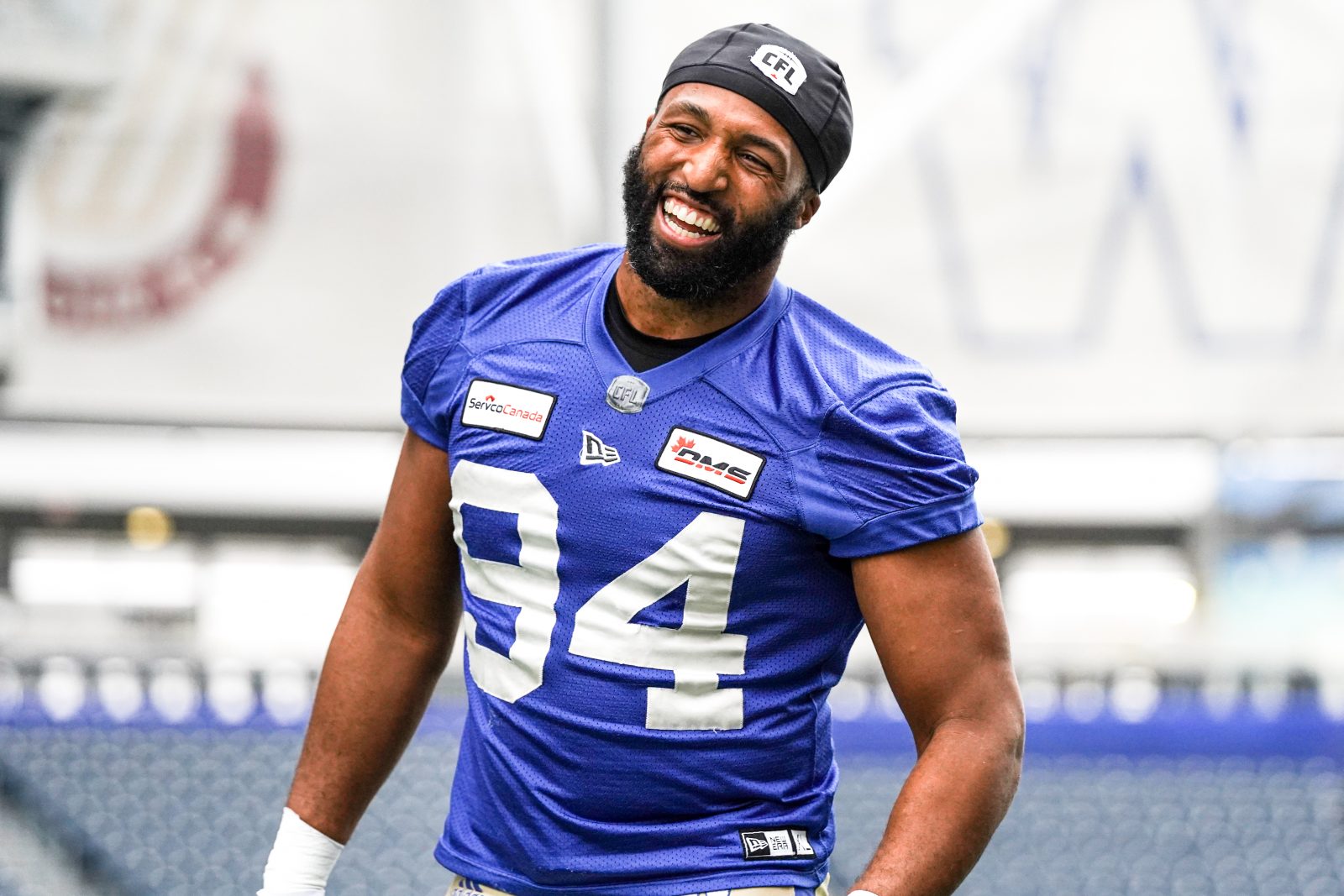 EDMONTON – Once upon a time – and it really wasn’t all that long ago – landing a Canadian Football League playoff spot was atop the unofficial annual to-do list for the Winnipeg Blue Bombers.

The Grey Cup? Well, heck yeah, that’s the prize every squad in this storied ol’ loop is chasing every year. But when a franchise goes from losing in the Grey Cup in 2011 to missing the playoffs for four straight years as the losses pile up, let’s just say the goals tend to get smaller and a lot more realistic.

All of which bring us to this week and Friday’s game here in the Alberta capital against the Elks. With a win, the Bombers would not only improve to 9-1 – which would mark the franchise’s best start since opening 1960 at 10-0 – but become the first CFL team to land a spot in the Grey Cup derby. It would also mark a fifth-straight season in the playoffs for the Bombers.

Pretty cool, right? And certainly something the gang would be chatting about in meetings or in the locker room. 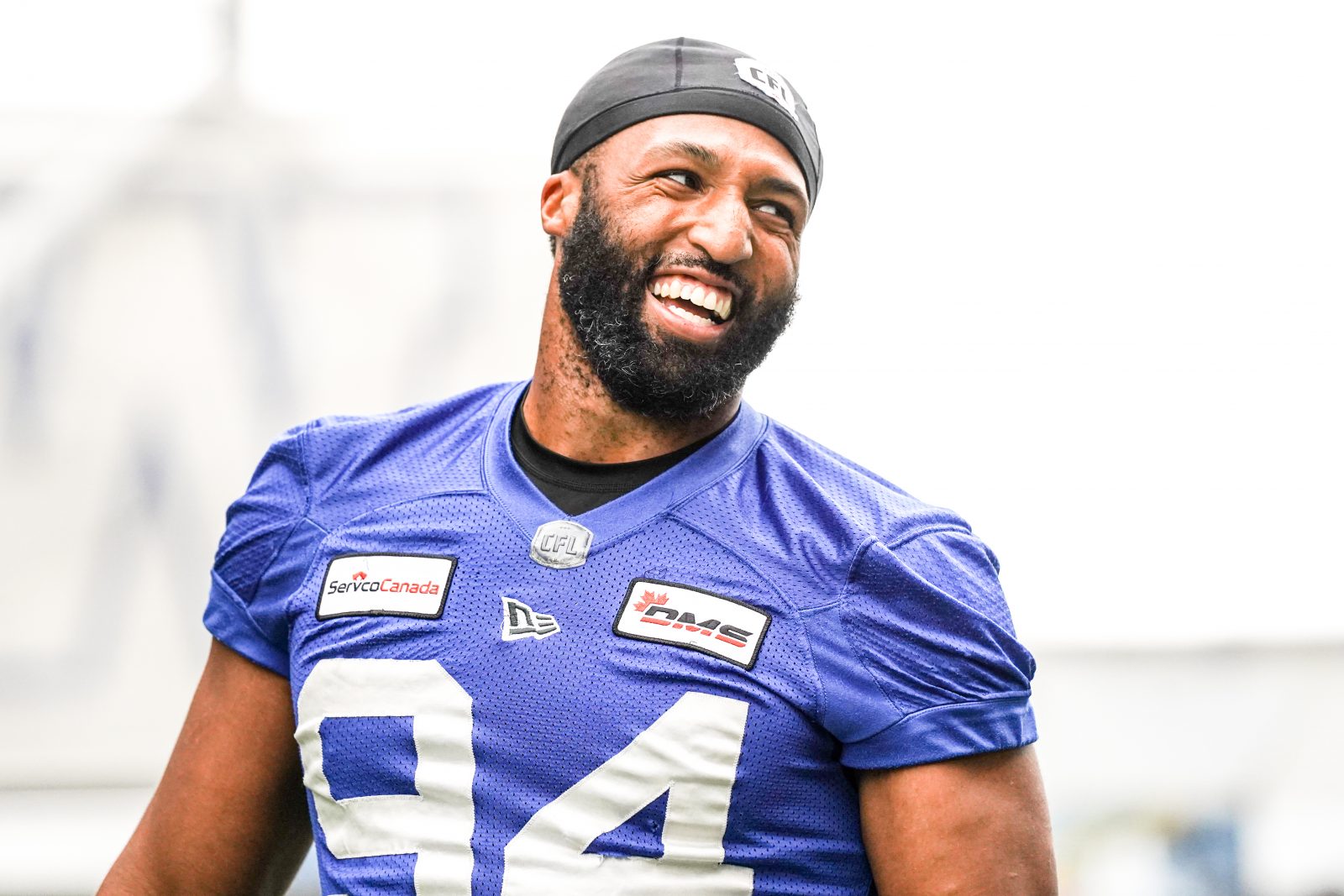 “Not once. It has not come up once, nor will it,” said Bombers head coach Mike O’Shea this week. “I believe they are still pretty focused and it is still early in the season. I shouldn’t say they’re pretty focused, they ARE focused. They had a good day today and they understand what they need to look at and what’s important and that’s not one of those things.

“Results aren’t what they’re focused on. They’re focused on the process and the task at hand and if you’re driven as such then the results take care of themselves and that would just be a by-product of remaining focused.”

That process is all part of the Bombers mantra of ‘going 1-0 this week.’ Go ahead and roll your eyes at the simplicity of that, but it works. This team is not only 8-1 this year, but 12-1 dating back to the 2019 playoffs which included a Grey Cup championship.

“It’s about going 1-0 every week so it ranks right at the top of the spot (this week). If we win, we’re in,” said slotback Nic Demski with a grin. “(A playoff spot) isn’t our final goal, but that’s our first step to the goal. That’d be an amazing feeling, so we’ve got to take care of business on Friday and the rest will play out.”

Yes, there’s still a lot of road yet to travel for the Bombers. And while they have the blinders on for this week and this week only, it’s only human that occasionally the big picture comes into their line of sight.

“Sometimes you have the odd slip up and you think about it, or ‘Grey Cup’ comes out of your mouth but, it’s funny, in this locker room somebody’s going to catch you slipping up and relax you, reset you and say, ‘Naah, it’s about this week. It really is,’” Demski explained. “That’s the mentality we’ve got to have, otherwise if we look too far down the road you might get off topic. It’s all about the task at hand and that’s Edmonton this Friday.” 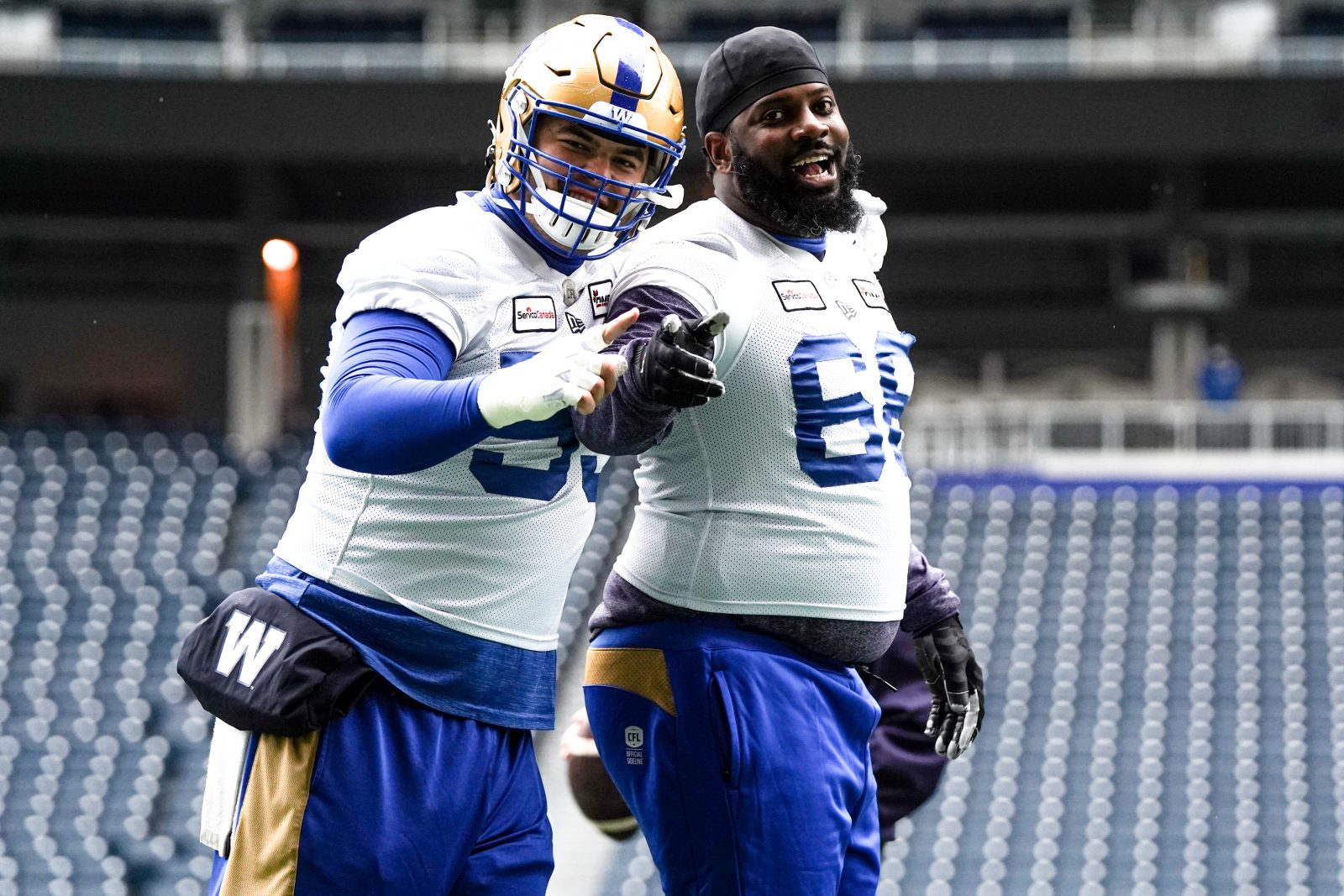 The Bombers 30-3 win over the Elks last week followed the same script we’ve seen by this club all season… actually, check that, for most of the last five years. They pounded the ball along the line of scrimmage, won the turnover battle and were backstopped by a defense that, this year in particular, is operating at a stifling and historic rate.

So what do the Bombers do for an encore, especially on defence? Try more of the same – and the same has been damn good with the Bombers having allowed just 110 points in nine games, an average of 12.22 points per contest.

“They’ve done a great job as far as what we’re asking them to do, are feeling very comfortable within the system and understanding it and playing at a high level while being consistent. They have a good understanding and can just go out there and play fast,” said Bombers defensive coordinator Richie Hall of his charges.

“They’re a very talented group, but most importantly they’re playing together as a group. They don’t care who gets the notoriety or who makes the play; their focus out there is how do we keep (the opposing offence) out of the end zone and give ourselves an opportunity to win football games? They work hard and they’re a very fun group to be around.” 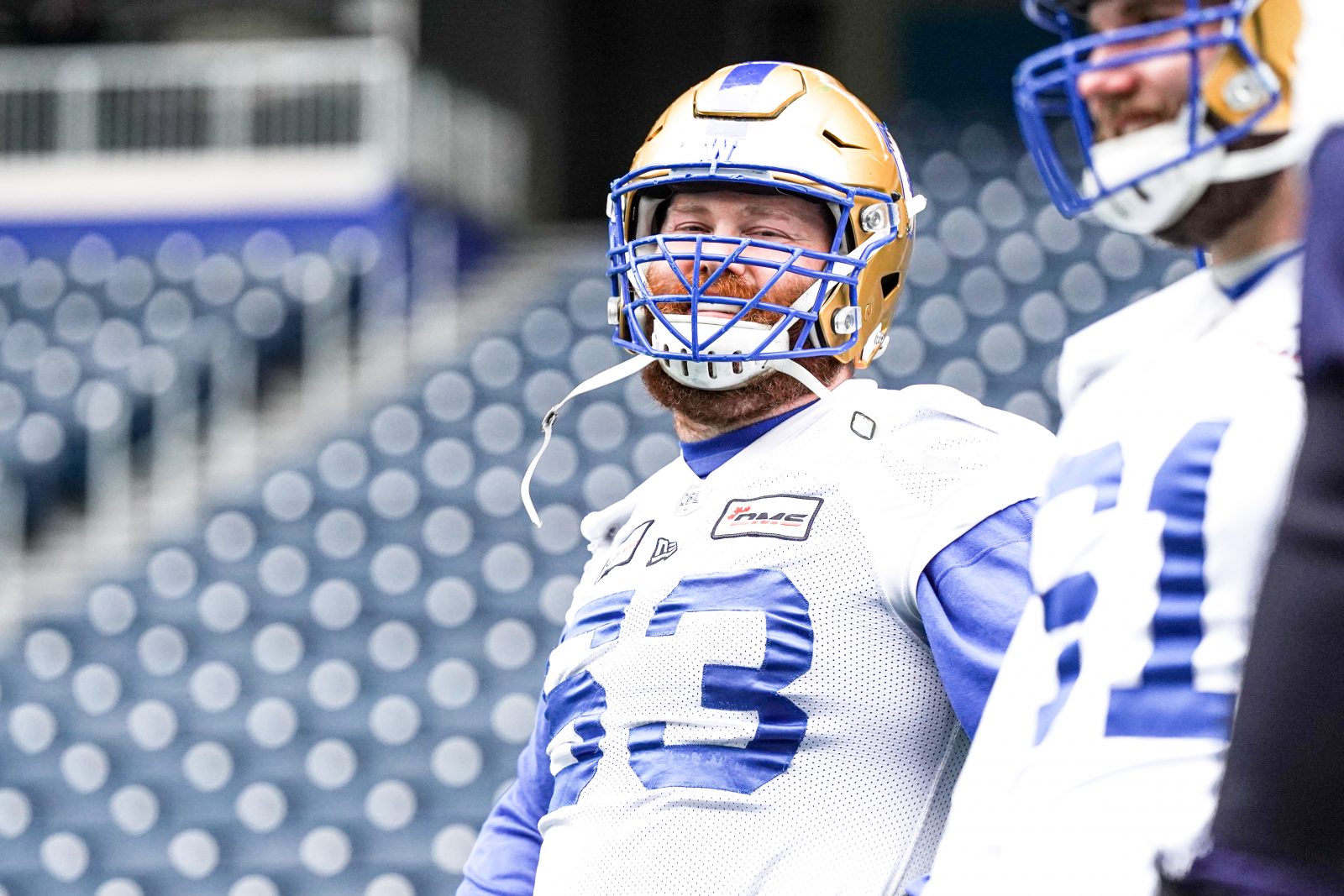 There’s no hiding from this for the Bombers until the issue gets resolved. The team’s struggles in the placekicking department are the one blemish on this 8-1 masterpiece that’s been painted so far this season.

Ali Mourtada will get a chance to redeem himself Friday against the Elks after struggling last week in making just one of his four field goal attempts and being only 4-of-10 overall. He spoke with poise and professionalism earlier this week, but also admitted it’s about action, no words, with numbers like that.

“That’s not an experience very many people have in life, a crowd of people booing them,” said Mourtada of hearing the catcalls of Bombers fans last week. “That’s something that I’ll remember for the rest of my life, but I’ll grow from that. That’s something that comes with the territory and I knew that coming in. I was prepared for that and understand that it’s kind of like the yin and yang – with the good comes the bad. 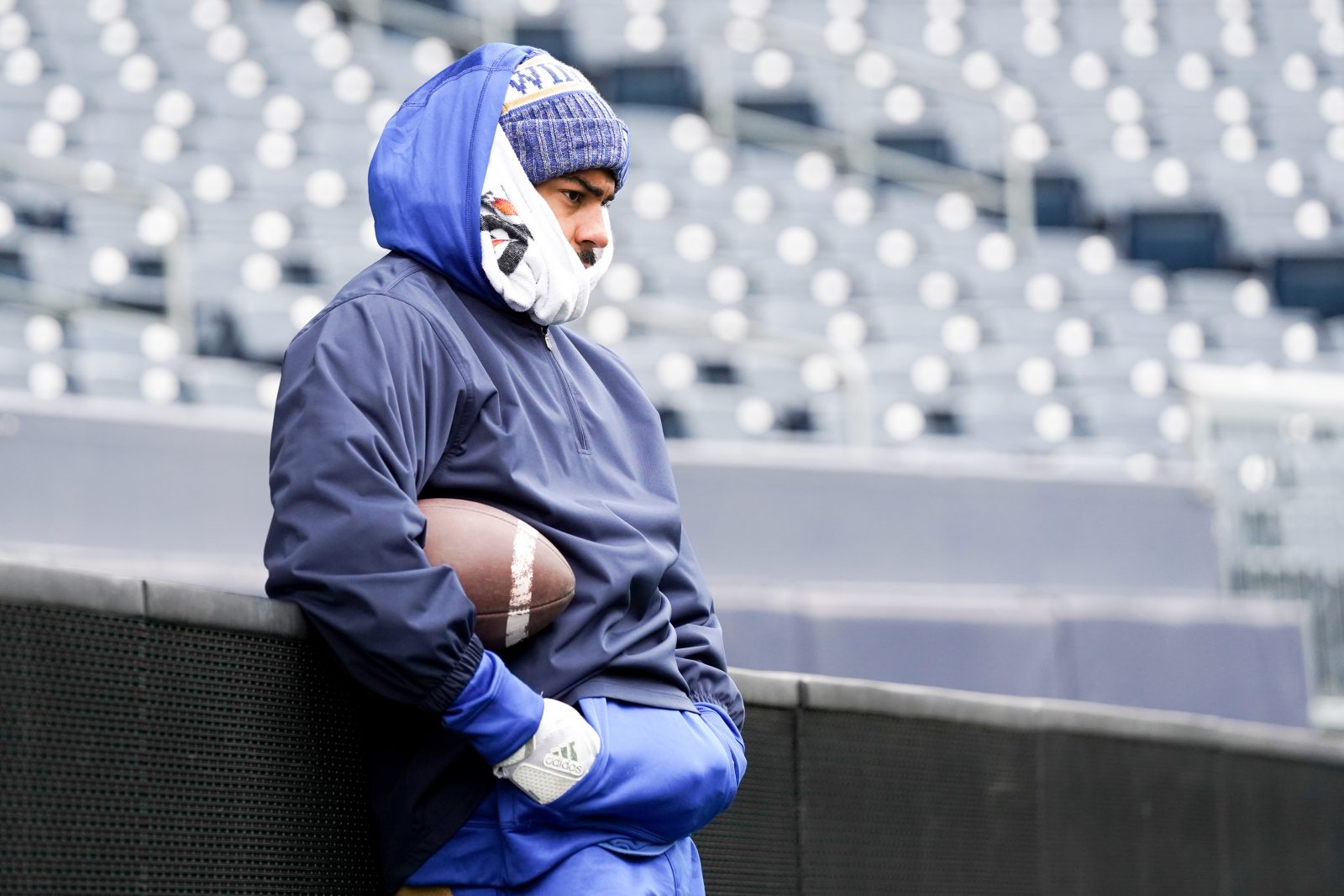 3. POUND ALONG THE GROUND

It was vintage Andrew Harris in the fourth quarter a week ago as the Bombers sealed their eighth victory of the season with some old school smash-mouth football.

Harris rushed for 150 yards – the sixth-best total in his career – and two touchdowns in the final 15 minutes. It’s what the Bombers do/have done in critical moments over the last few years in imposing their will at the line of scrimmage. The numbers from last week have moved Harris into third place in the CFL rushing title and give him a shot at becoming the first CFLer to win the rushing title in four consecutive seasons since Montreal’s Mike Pringle accomplished that feat in 1997-2000. And don’t think that doesn’t matter to the men up front.

“It’s a badge of honour,” said Bombers veteran guard/tackle Pat Neufeld of being part of winning a rushing title. “It’s something we don’t ever really talk about. It’s just a product of our offence, our hard work and our dedication to what we think is important to this football team. We don’t ever set out a goal for a specific amount of rush yards or anything, we just know how important running the football is, especially the later the season goes and the colder is going to get.

“So, to see Andrew have the game that he had… he was saying pre-game he was feeling like it was 2019 again. He was pretty jacked up and that let us know it was going to be a big game for him and he went out there and he proved it.”