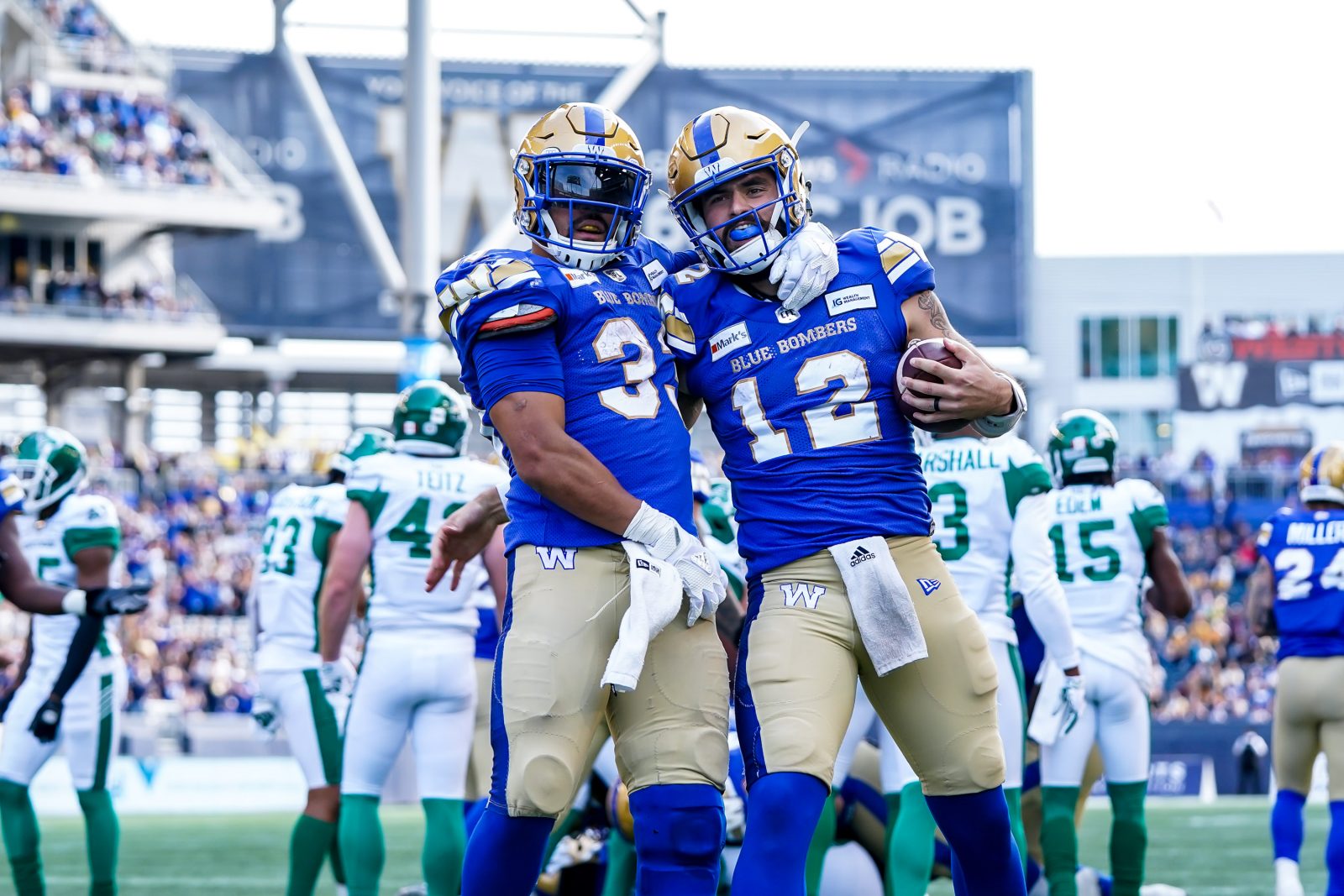 The Winnipeg Blue Bombers have settled into first place in the Canadian Football League’s West Division, thank-you very much, and with every passing week are sending this heavy-fisted message to their rivals: Anyone with the notion of snatching the championship belt from the defending Grey Cup champions collective grasp will have to fight, scratch and claw just for the opportunity.

The Bombers, once again following their trademark script of owning the line of scrimmage and being stingy on defence, improved to 5-1 with a 33-9 win over the Saskatchewan Roughriders on a spectacular Saturday afternoon in front of 33,234 at IG Field in south Winnipeg. The victory featured everything from dominant line play and an efficient offence by the Bombers offence and defence, some inconsistency in the kicking game, and even a brawl in the first half that saw two Rider players ejected. 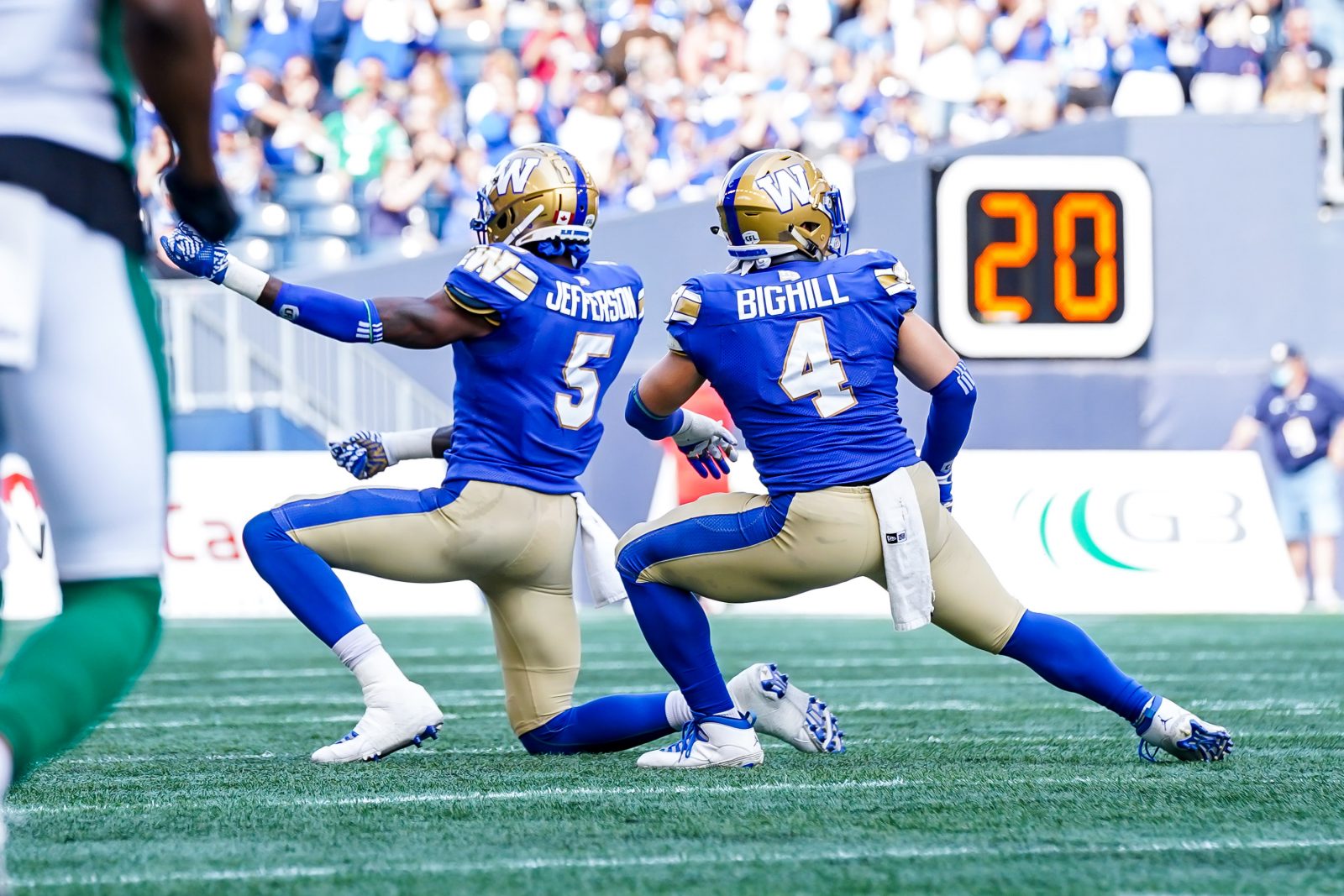 The Bombers held a 12-9 advantage at the intermission, courtesy two Sean McGuire QB-sneak touchdowns – the converts missed by Marc Liegghio – and then, as has been the script of late, completely shut down the Riders in the second half, out-scoring their rivals 21-0 in the final 30 minutes. In addition to the Riders seeing linebacker A.J. Hendy and defensive tackle Garrett Marino ejected in the first-half brawl, Saskatchewan then lost quarterback Cody Fajardo early in the third quarter when his head hit the ground following a sack in which he was drilled by Jefferson and Jake Thomas. Already without Ed Gainey and Louchiez Purifoy in their secondary, the Riders also lost safety Mike Edem to injury.

“It was a brawl, baby,” said Jefferson.

McGuire’s three QB sneak TDs came after some superb work by Zach Collaros and the offence to push the team deep into the score zone. Collaros finished the day 18 of 22 for 278 yards with TD strikes to Darvin Adams and Kenny Lawler, Nic Demski had a career day with five catches for 134 yards while Andrew Harris had 80 yards on 18 carries. 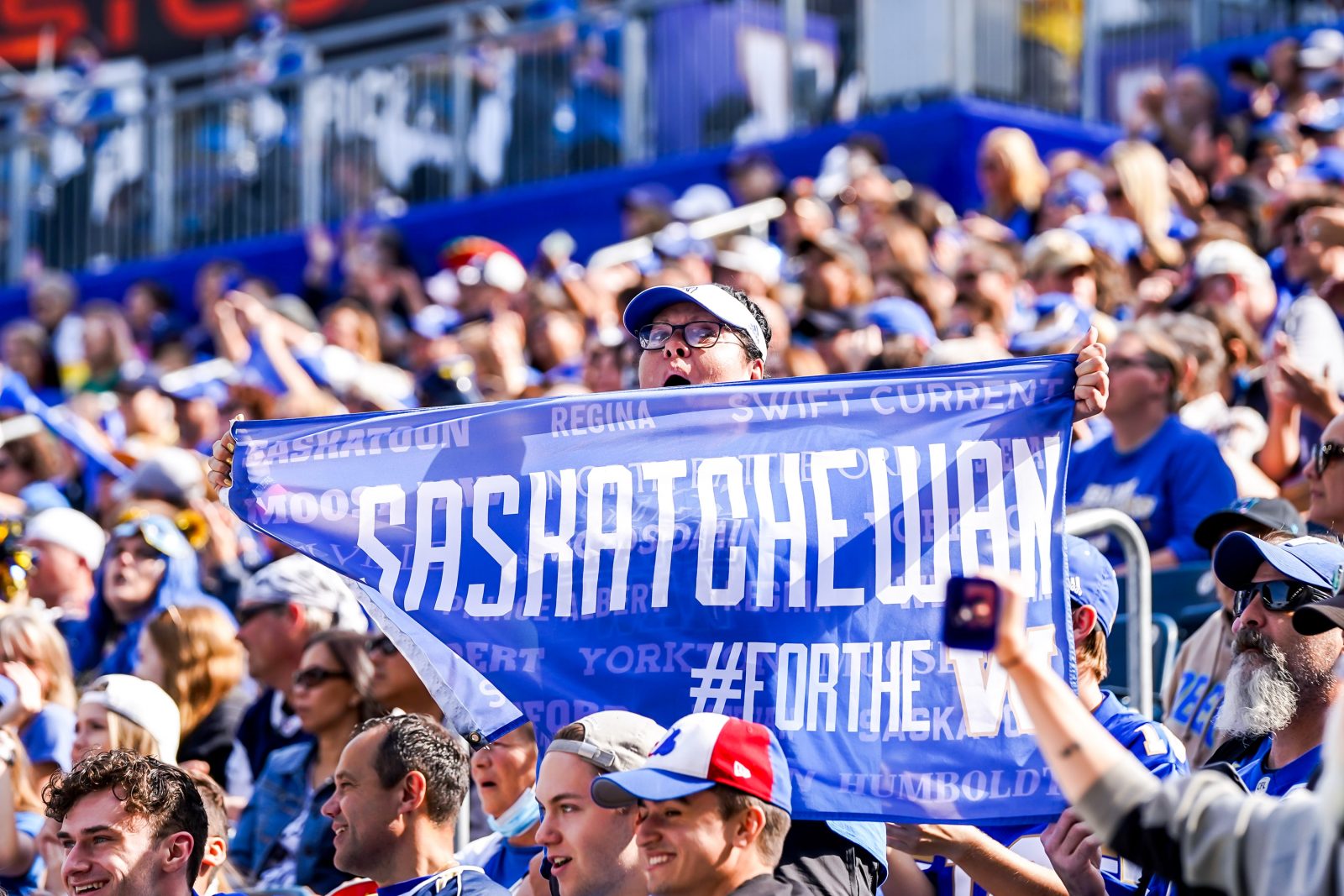 “I’m just really happy for the organization and for our fans,” said Collaros. “Labour Day and the Banjo Bowl are very important to the CFL, again to this organization and to our fans, ultimately. We feel that as players. We know that. We take it one game at a time, obviously, but it means a little bit more to win both these.”

The win gives the Bombers the season series with the Riders, now 3-2. It is also their third straight victory in what will be a run of eight straight games against the West.

“It’s very pleasing, obviously,” said Bombers head coach Mike O’Shea of the Labour Day Classic/Banjo Bowl sweep. “We like the outcome, for sure. There’s still more to be added in terms of making sure we’re getting better every week.

“We had a lead in the first half, but I don’t know that we played a really good first half. I hate to be able to flip the switch and give more in the second half —  you’d like to be able to give a pretty constant effort throughout the game at a very high level, maybe that’s unrealistic, but we’ve done it before. This group understands what they expect of themselves and from each other.” 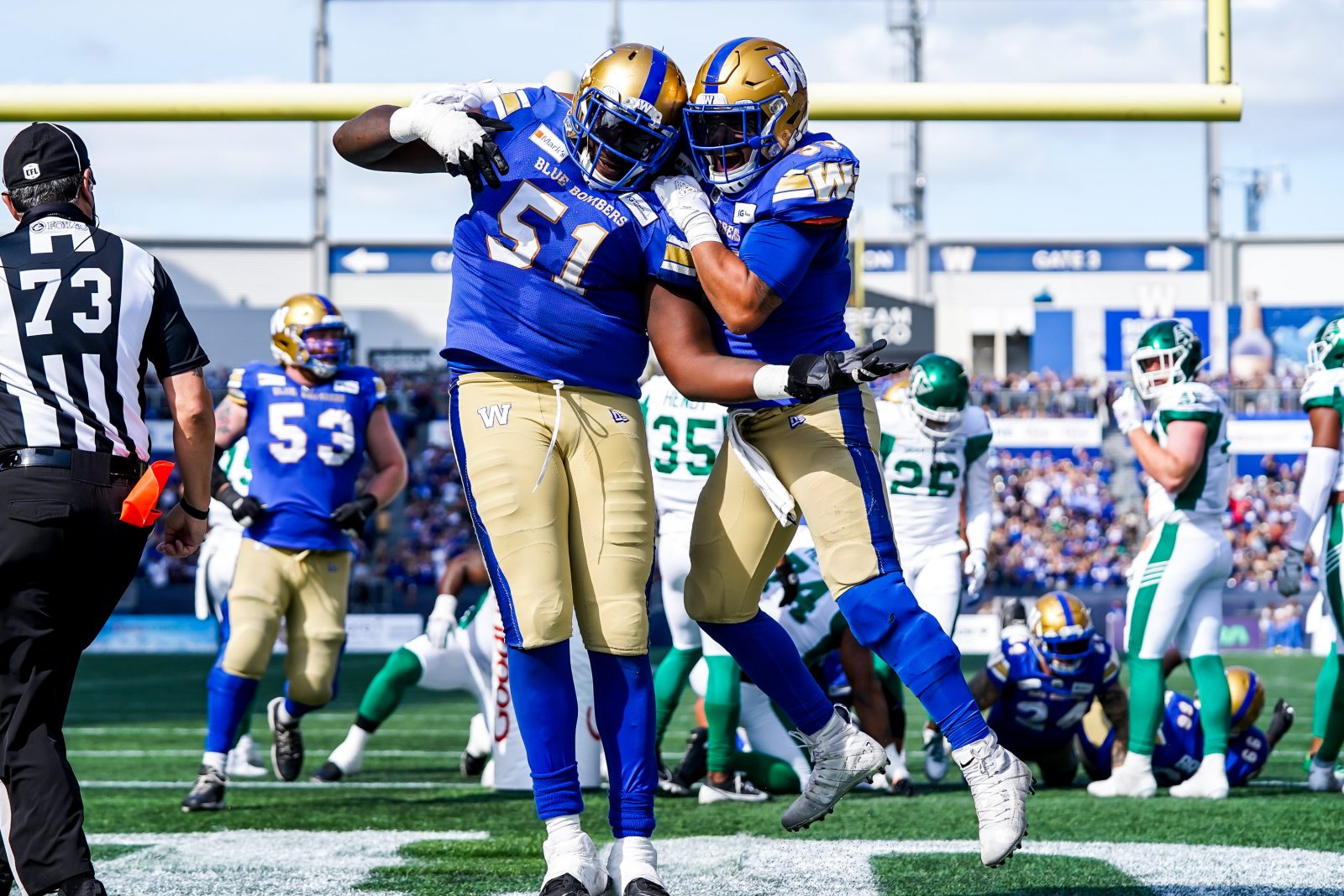 “I thought Canada was a hockey country. How did everybody not throw their hats on their field with the hattrick?” — Collaros on the three touchdowns by Sean McGuire.

Bombers DB Nick Taylor was injured on the Riders first possession of the game, but returned later in the first quarter… McGuire’s three QB-sneak TDs now gives him five in his career, all five coming in the last two weeks vs. the Riders… Marc Liegghio missed his lone field goal attempts and also two converts. O’Shea said Ali Mourtada, a kicker recently brought in by the club, is out of quarantine and will be available to practice this week.

4: The Bombers have now held an opponent to 10 points or under in four of their six games this year.
+6: The Bombers turnover ratio in the last two games, the Labour Day Classic and Banjo Bowl. The Bombers had an interception and a fumble last week in Regina, but we’re clean today. And over the last two games they have forced four interceptions, a fumble and three turnovers on downs.
134: Receiving yards by Nic Demski, a career high.
4: Sacks by the Bombers, with two credited Jefferson and singles to Adam Bighill and Thiadric Hansen.
10-7: The Bombers now hold a 10-7 edge in the 17 years the Banjo Bowl has been played. The Bombers have now swept the Labour Day Classic/Banjo Bowl series three times, also accomplishing the feat in 2004 and 2016.

NEXT: The Bombers are on the road to Edmonton next week with a date against the Elks on Saturday, September 18 with a 8:45 CST kickoff.