All eyes on the backfield 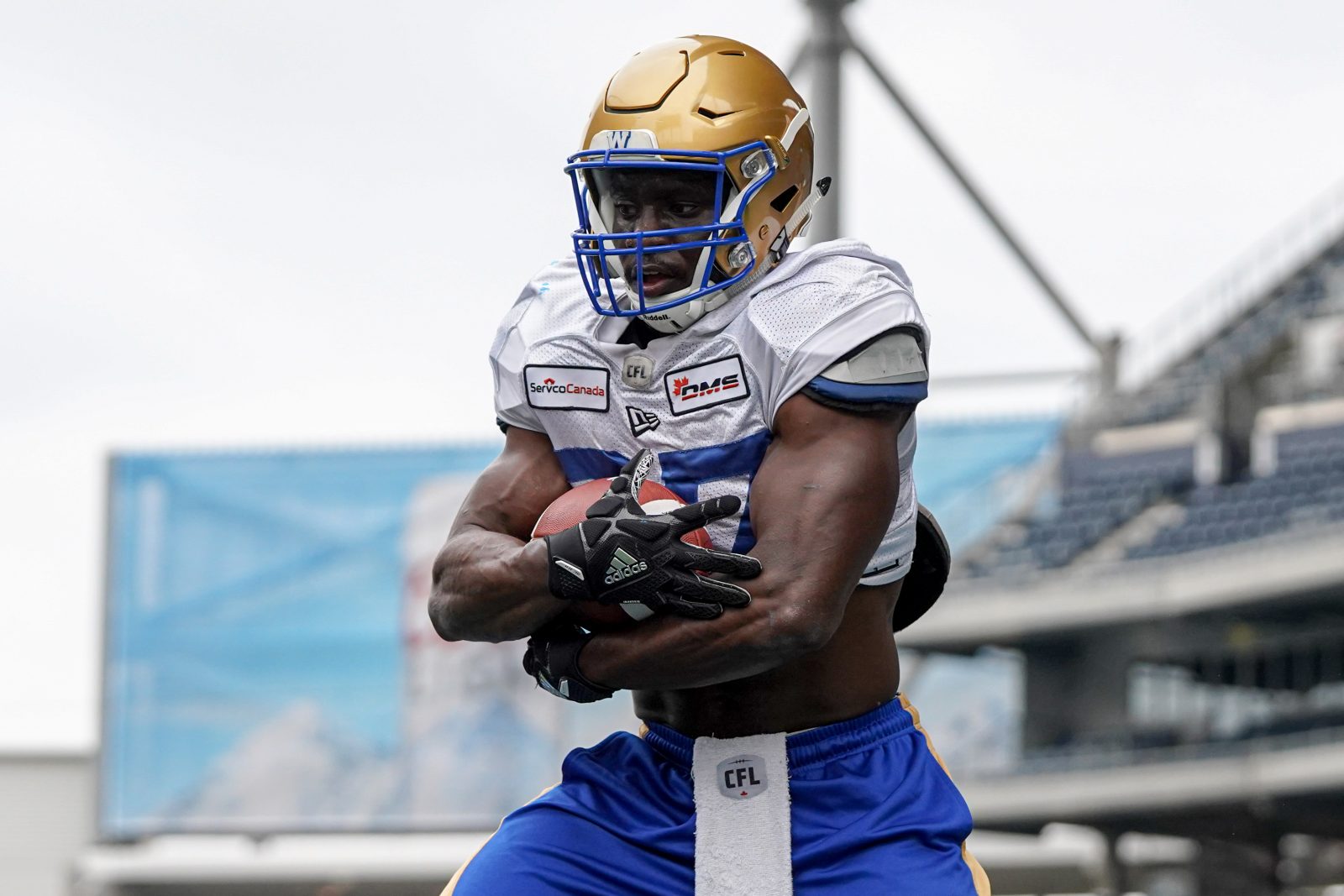 All eyes on the backfield

All eyes will remain on the Winnipeg Blue Bombers offensive backfield right up until the August 5th season opener. As everyone waits for some official news on the status of star Andrew Harris – no update yet, FYI – this much is all but a given: whether it’s Harris that gets the call as the Bombers open the 2021 season or not, the job will belong to a Canadian.

Brady Oliveira has been getting the bulk of the workload since Harris was held out of practice at the beginning of training camp and the return of veteran Johnny Augustine this week – plus the presence of rookie Kyle Borsa – means the Bombers have the depth of homegrown talent should Harris not be good to go. That’s nothing against import Devonte Williams, but the options to keep the gig Canadian are aplenty.

“Anyone we bring in is very special. Devonte has been doing a great job. But, it’s a Canadian league and the fact that it’s a Canadian room (the running back room being dominated by Canadians)  does make it special,” said Augustine during a media Zoom call after practice on Wednesday.

“Andrew Harris has done a great job in establishing that and it’s just continuing to follow in his footsteps. I’m happy to say I’m proud to be Canadian and continue that tradition and be a national starter, national ratio breaker.” 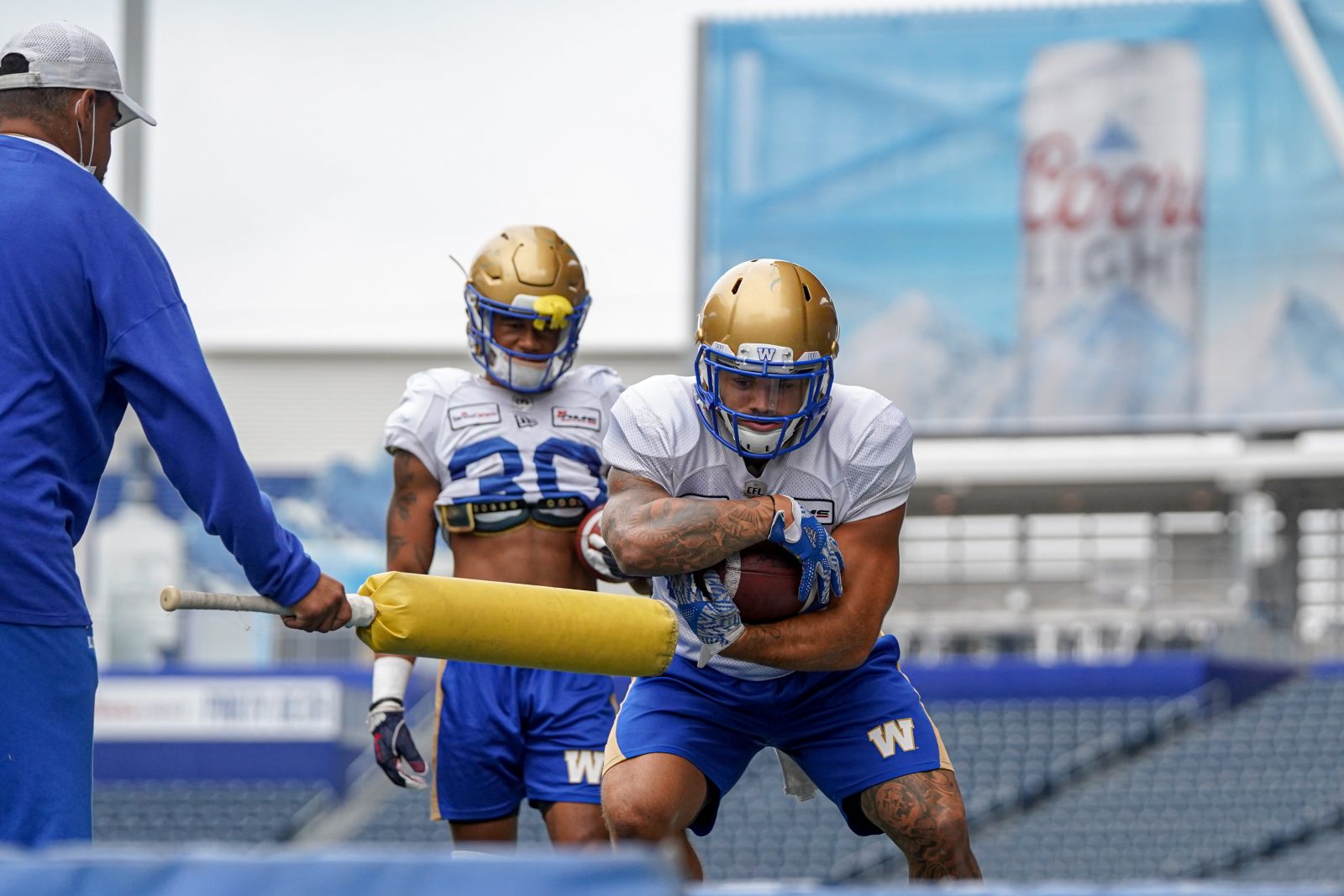 Augustine has seen this movie before, having so capably filled in for Harris during the 2019 season in the Labour Day Classic and Banjo Bowl. Over those two games he rushed 28 times for 173 yards and pulled in six passes for 80 yards and a TD. Asked about Augustine’s love for the game – and the fact that he hasn’t yet established himself as a regular – Bombers head coach Mike O’Shea chuckled and then added this:

“I don’t know that there’s a tailback that has established himself as a regular behind Andrew Harris. Do you know what I mean? That’s like saying you’re a regular kicker behind Lui Passaglia. That doesn’t happen. (Augustine) cut his teeth on special teams and showed well and when he was given his opportunity (at running back) he showed really well. We like Johnny. That’s why he’s on our team and we know he can do a bunch of different things for us.”

“It’s crazy to think that I’m kind of a vet,” added Augustine with a smile. “It’s been three years, four years minus the cancelled season that I’ve been with Winnipeg and every year there’s that experience factor… you can’t teach experience. I feel very confident in terms of knowing the playbook for the last three-four years, just knowing the same system and all that stuff so I’m very confident, very excited come August 5th.”

Oliveira, meanwhile, was a second-round draft pick in 2019 who unfortunately had his season end in just the second game with a broken ankle. He’s only gotten stronger as camp progressed.

“He’s had a hiccups here and there, as would any young player,” said Nic Demski of Oliveira. “He’s impressed me. He has a great mentality where he wants to be better, he wants to learn, he wants to be on the field and he doesn’t want to take any days off. That right there just goes a long way for me.

“Attitude is half the battle and he goes out there and he’s a physical player, so I know that’s going to speak for itself on game day.”