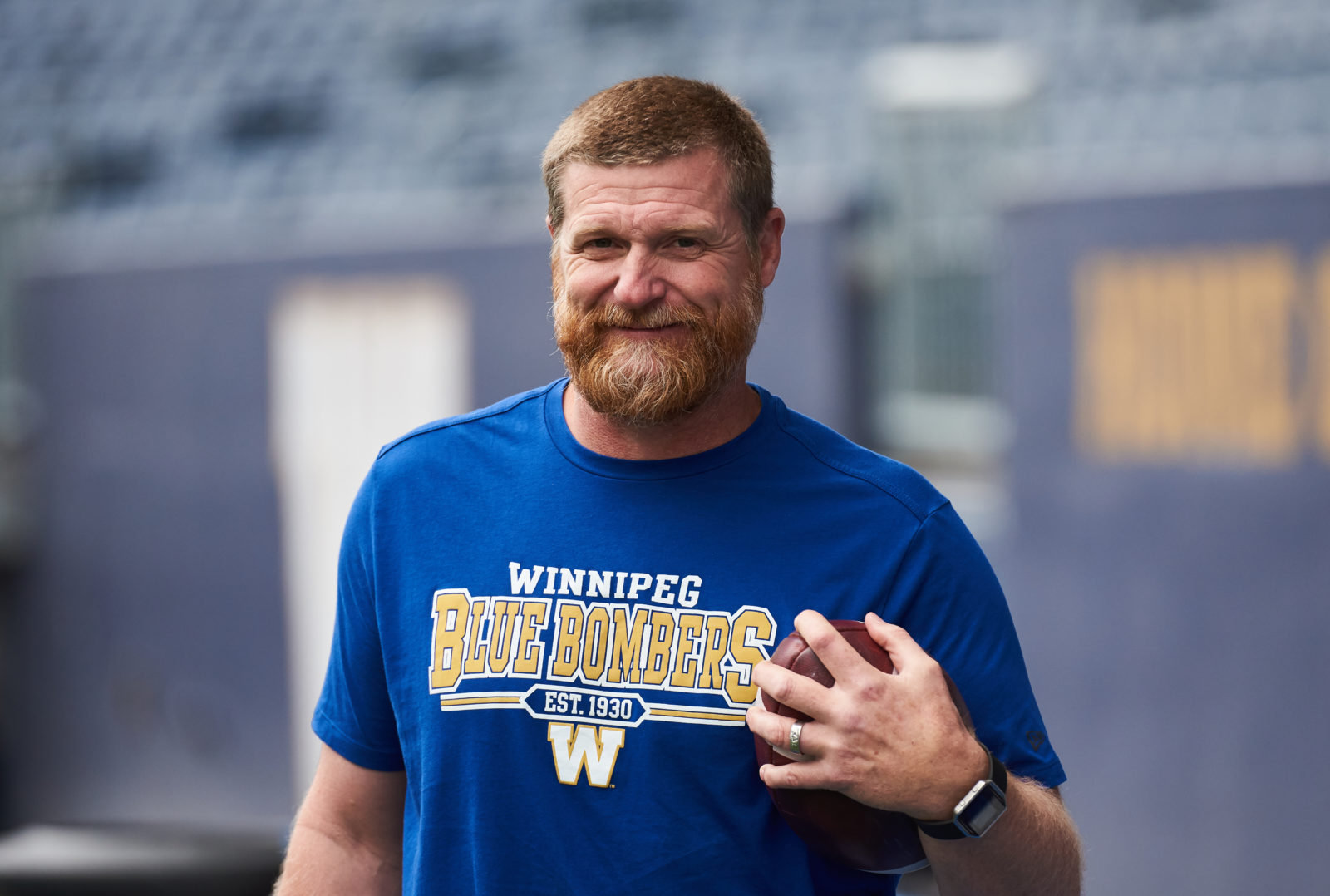 It will be an unprecedented training camp in what has become unprecedented times. And the ability to bob and weave around every punch – both the surprises and those seen coming – will be massive for every Canadian Football League club in the coming months.

And that includes, of course, the reigning Grey Cup champion Winnipeg Blue Bombers.

“I think it will be a great lesson in resiliency and flexibility. I really do,” said Bombers head coach Mike O’Shea during media Zoom call on Friday. “Every team will experience that, where things come up during the season and you have to be able to adapt very quickly and I fully expect our guys to be able to do that. We’ve got a bunch of pros… I don’t see any challenges that won’t be overcome by any team.”

O’Shea and his coaching staff got the green light for a 2021 season earlier this week, including a revised 14-game schedule that opens August 5th at IG Field against the Hamilton Tiger-Cats in a Grey Cup rematch. There’s been a lot to unwrap and plan for since the ‘go’ announcement but the Bombers and the coaching staff are thrilled to get back at it, no matter what wrinkles and surprises might be ahead.

“We’re basically set to go,” said O’Shea. “We’re extremely happy, not only for the CFL fans and players especially – boy, they deserve and need this. They’ve suffered a lot and so it’s good to see them excited about the season and we’re only a few weeks away from getting together.”

O’Shea spoke for nearly 30 minutes on Friday. Here are the key takeaways… 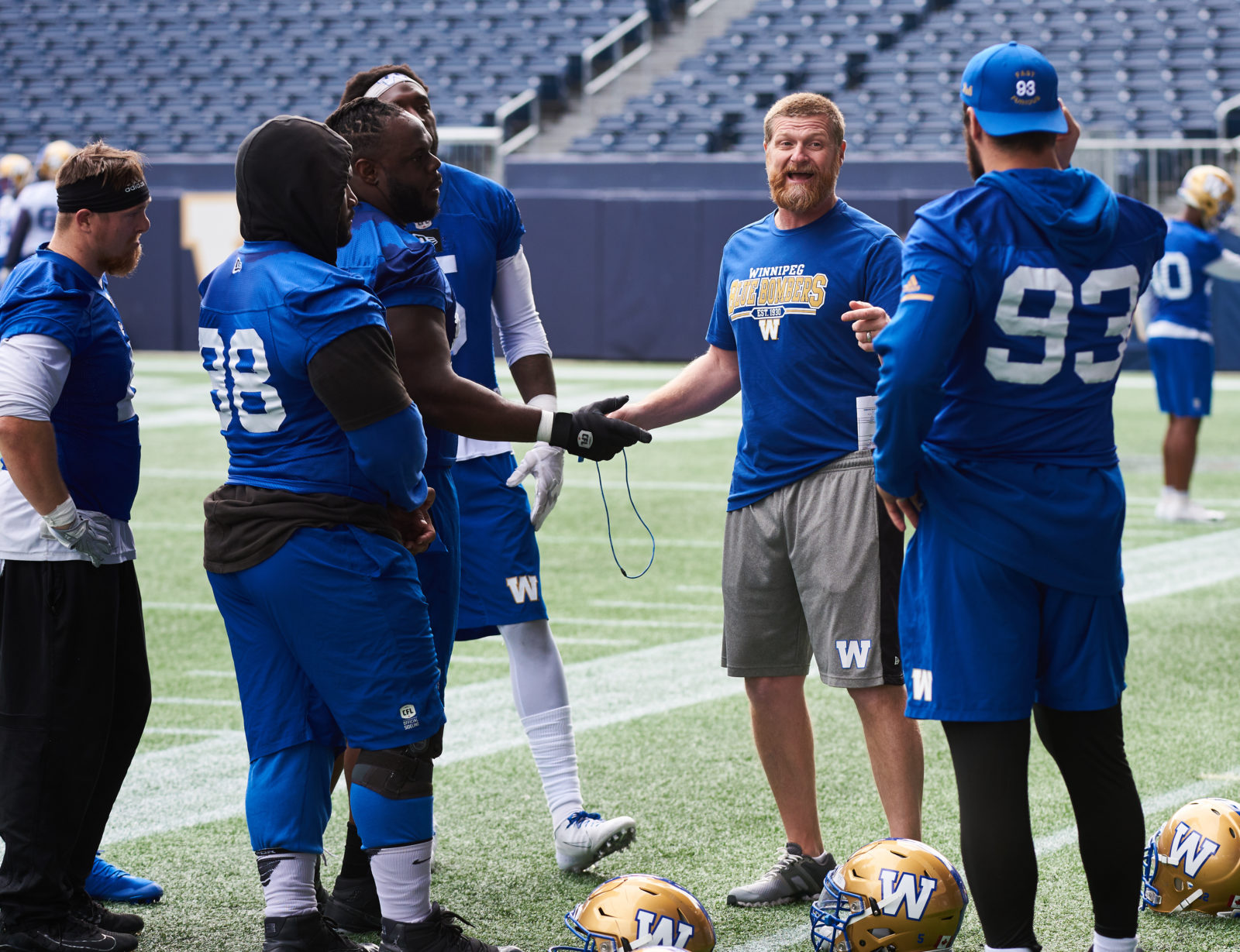 The Bombers will bring a veteran squad back for ’21 for what will be a three-week training camp without preseason games. That could be massive. Asked if it would be a ‘luxury’ to have that many veterans on his squad, O’Shea offered this:

“It’s a necessity, it really is. I do think that hitting the ground running on a shortened season and getting off to a great start is important. It’s not the only thing… you know how we approach things with looking only at what the next day holds in story. But I do always value a veteran presence and in this particular year it should prove its worth.”

NO PRESEASON GAMES, BUT…

CFL teams in close proximity to each other are already discussing having joint scrimmages in order to break up the monotony of training camp and knowing there will be no preseason games to evaluate players, especially CFL rookies, in game situations.

“I’ve got no problem with that. I don’t think it’s been approved yet, but we’re looking at a practice with Sask,” O’Shea said. “We’re still in the planning stages and it still has to be approved, but I do believe it will be a great opportunity for us to look at some young guys and see them compete against someone they don’t already know.

“So, the idea of having a practice against another team certainly should ramp up the competition and we should get a better idea of who we have in camp.”

Justin Medlock, one of the CFL’s all-time great kickers, remains a free agent and has essentially retired from the game. That leaves the Bombers with rookie Marc Liegghio, drafted by the club in 2020 after a sensational career at Western.

“He’s very accomplished and he takes this job very seriously and you don’t have that kind of success and those kinds of numbers in university without taking it very seriously and being excellent at his craft. We all know he hasn’t kicked in a pro game, but he’s made a lot of big kicks and punted his team out of problems a number of times. I don’t know that just because the stadium changes and people pay more to get into the stands, how does that affect the kicker? I don’t know that it does. They’re generally very focused and very good at blocking out any kind of noise around them. I’m excited for Marc’s opportunity and I’ll miss Justin also.” 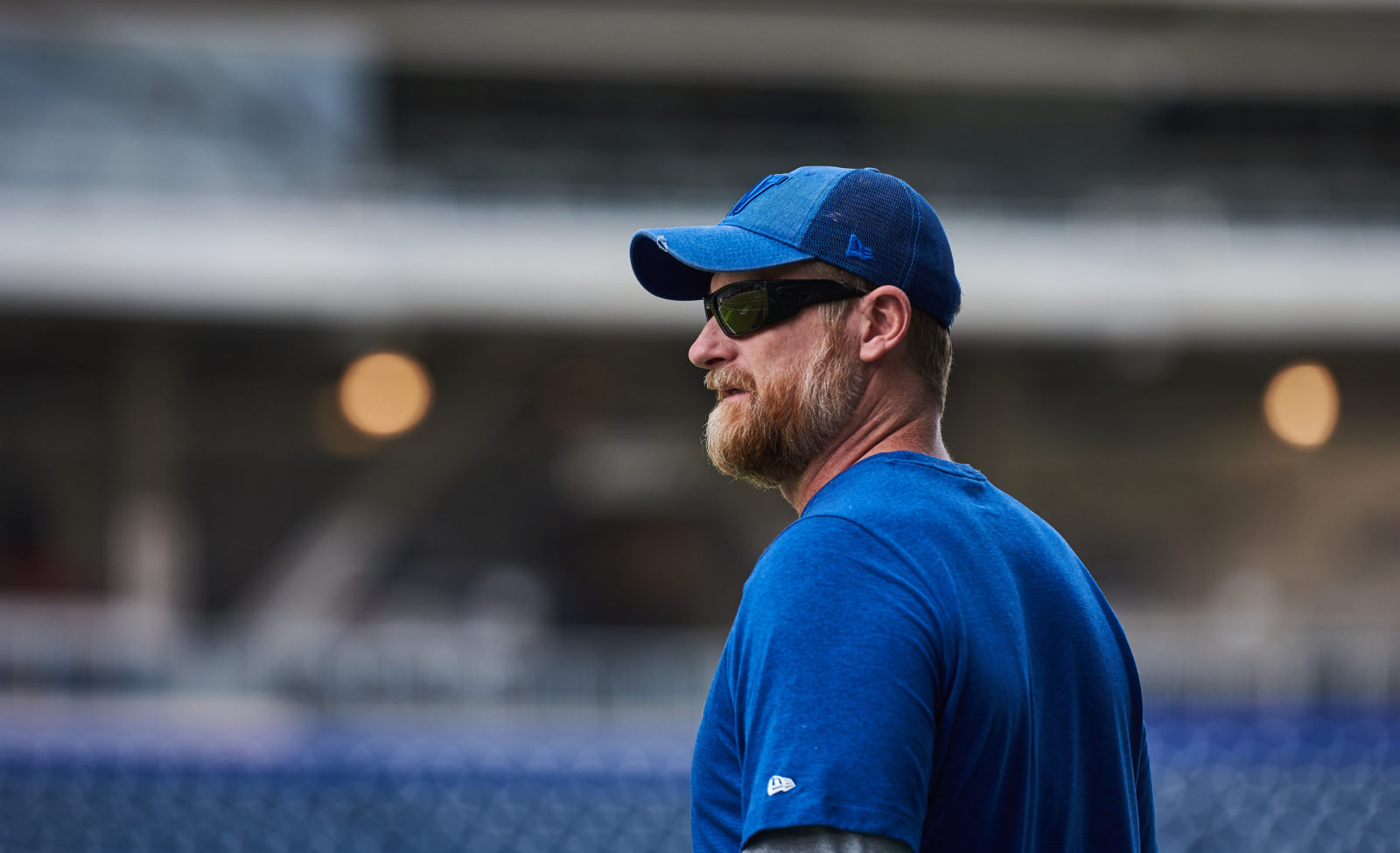 Like many who have taken a peek at the Bombers’ schedule, O’Shea was surprised the club does not face the Ottawa RedBlacks and Paul LaPolice and Matt Nichols in ’21.

“I was just in that euphoric state that we’re playing and we’re getting going,” he said. “I don’t look too far ahead in the schedule regardless. I do know that we do not play Ottawa, but other than that I haven’t put too much thought into that. I do recognize that in terms of being able to market that game, whether a game like that would have been in Winnipeg or Ottawa, it would have been a good marketing opportunity for the teams and the league. But, other than that… if they rolled out a schedule and we had to play the same team for every game it would have been perfect.”

As we’ve seen across the planet, not everyone is OK with getting vaccinated. The Bombers are encouraging all players and staff to get the vaccine, but also understand not everyone will do so.

O’Shea was asked if that could lead to a possible ‘divide’ in the locker room.

“I don’t expect that those opinions will cause any rifts in the locker room, I really don’t,” he said. “I believe over the course of time here that we’ve made sure our team is chock full of respectful leaders that are intelligent and can express their opinion and respect another person’s opinion even if they don’t agree with it.

“I would welcome healthy discussion amongst team members. Any time you can learn about your teammates and how they feel about important issues, that would imply that there’s growth going on and I’m all for that.

“Of course we want our players vaccinated so that there’s no disruption in our season, but I also believe we’re going to respect their opinion.

“We’ve done a great job and the league’s done a great job of  educating the players on the science behind it and on the history of vaccinations. Any bit of information guys have wanted they have access to through doctors, the league, through the PA, through our medical staff and Al. There will come a point where we’re going to be at the number we’re at and it’s not going to change. More and more of our players have gotten vaccinated once they got their questions answered and once they’ve had time to digest the information a little bit.”

Earlier this week defensive end Willie Jefferson spoke of how much he’s looking forward to just getting back on the field again with teammates, most of which he hasn’t seen since late November of 2019. Linebacker Adam Bighill, meanwhile, indicated he missed the physical component of the game and hitting people.

Asked by yours truly what he missed, O’Shea quipped:

“Hell, I’m 50 and I still miss hitting people. I don’t know, are you in your office? I might pop by there.”

“I miss just seeing the players interact,” O’Shea added. “I like competition, I like all that. I like the planning. I like seeing the guys compete on the field in practice and in games, all that stuff. But I do miss just the daily stuff that goes on. The way the players interact with each other on a daily basis. I really get a charge out watching guys being teammates. That’s been missing for sure.”