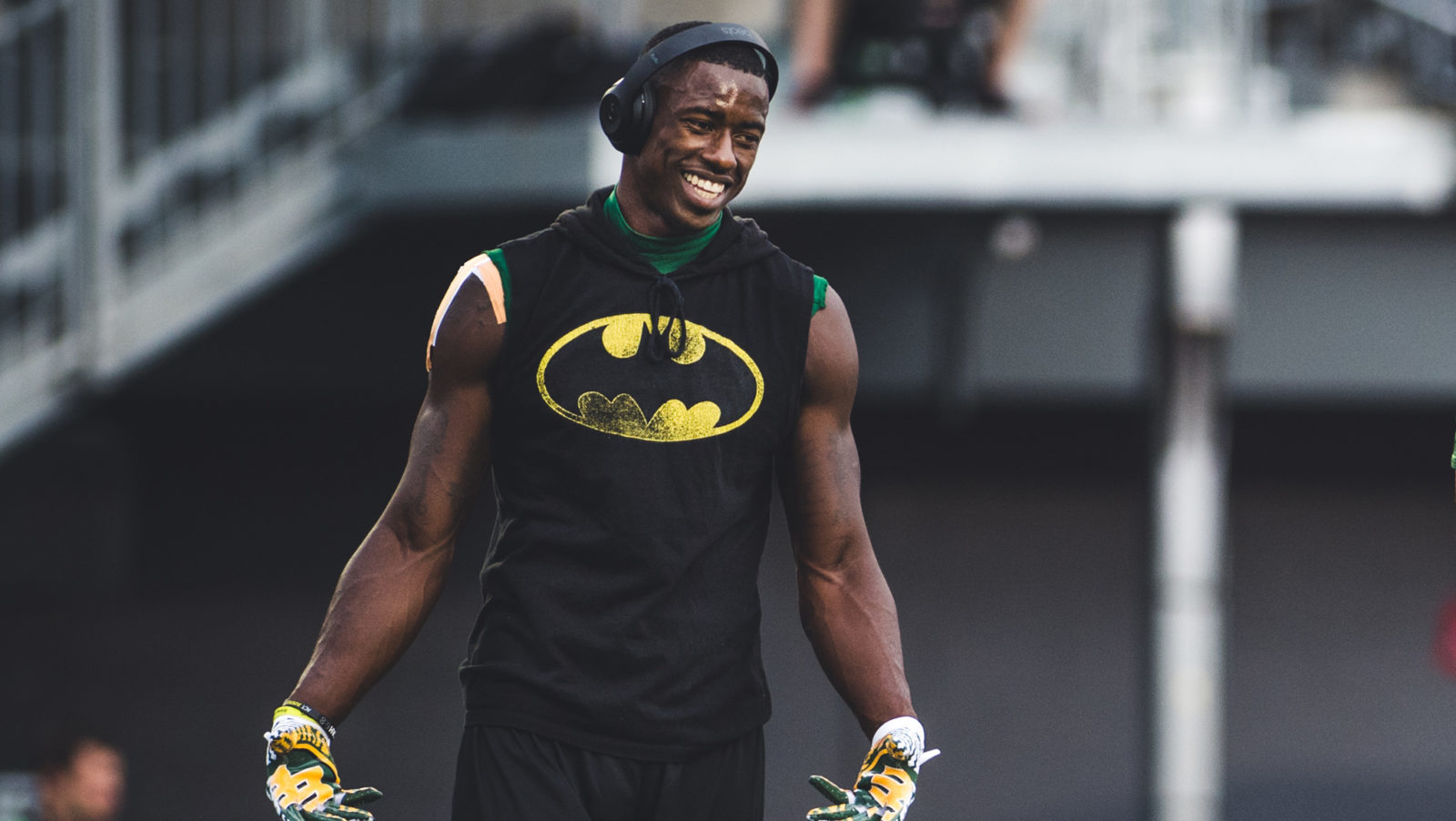 It’s only natural when the Canadian Football League free agent market opens every February that fans and media tend to fixate on the star players changing addresses and uniforms.

We focus on the quarterbacks, of course, and on the all-stars and Canadians because those are the players who get all the glory, or come from our own backyards. Or both.

And then there’s a sneaky-good signing like that of Bryant Mitchell, who was officially brought aboard by the Winnipeg Blue Bombers on Day 2 of CFL free agency.

All of this isn’t to suggest Mitchell won’t soon be a star in this league, especially based on his last season in Edmonton, 2018, when he pulled in 60 passes for 867 yards and three touchdowns IN JUST 11 GAMES.

How Mitchell became a Blue Bomber

But Mitchell signed with the Arizona Cardinals in 2019 after his great year in Edmonton and, following his release there, was grabbed by the Tampa Bay Buccaneers before tearing his Achilles in an exhibition game that summer. He was brought back by the Bucs in 2020, but was among their final cuts last September.

That made him a bit of an under-the-radar addition for the Bombers, much the same way cornerback Winston Rose was in 2019. If you recall, the Blue & Gold’s big splash that winter was the addition of defensive end Willie Jefferson, who was sensational en route to being named the CFL’s Most Outstanding Defensive Player Award. Rose, added that same week but to considerably less fanfare, morphed from a starter cast adrift by the B.C. Lions into a CFL All-Star himself while leading the league in interceptions and ultimately earning a job with the Cincinnati Bengals. 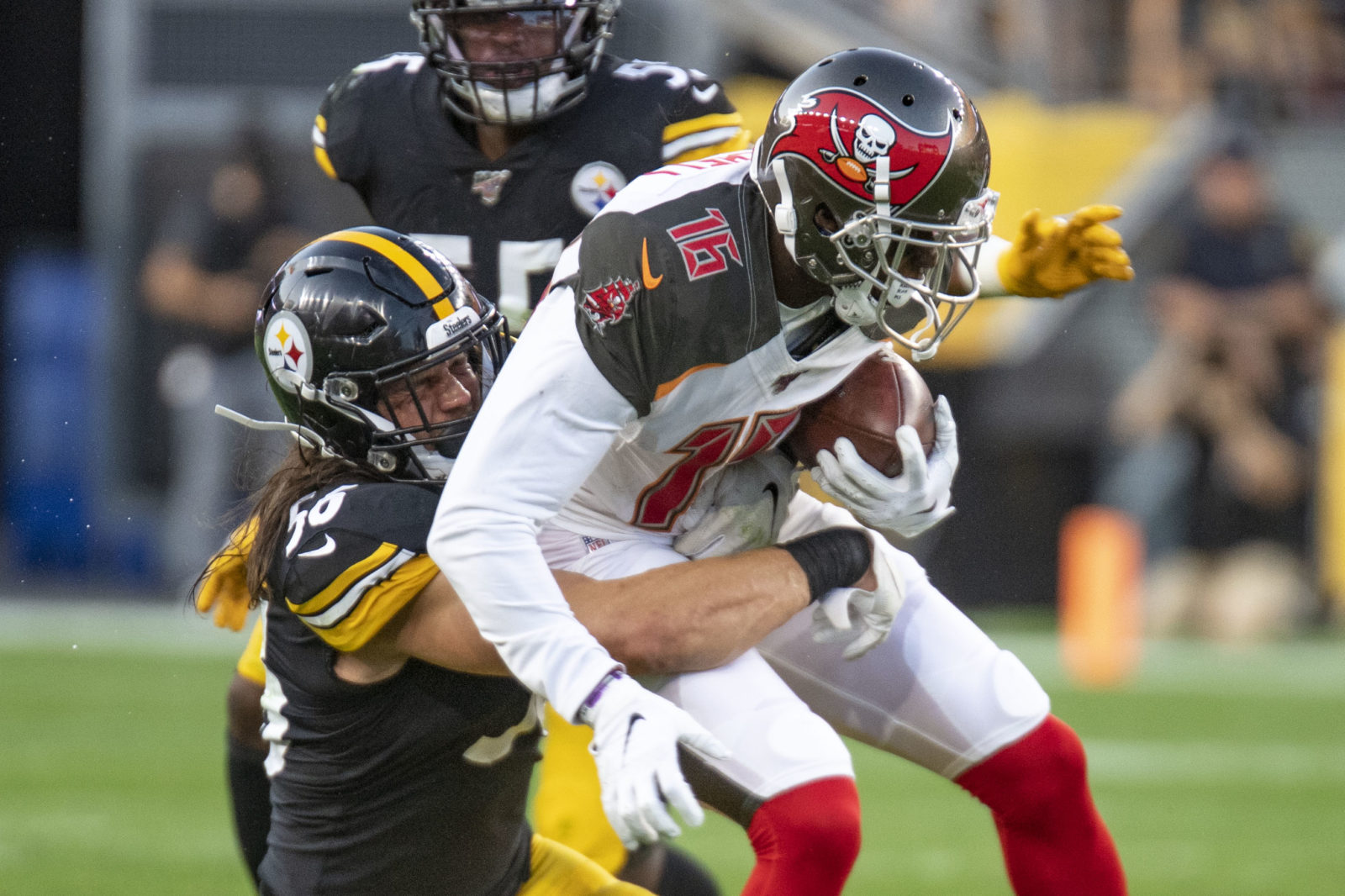 The Mitchell signing has that very same vibe to it, at least from this vantage point.

The Bombers used three different starting quarterbacks in 2019 in Matt Nichols, Chris Streveler and Zach Collaros. That impacted the overall passing numbers, which saw the club average just 212.2 yards through the air – last in the CFL – while they cranked out a league-best 147.9 yards rushing per game. Those passing totals, incidentally, were the lowest by the Bombers since 2009. 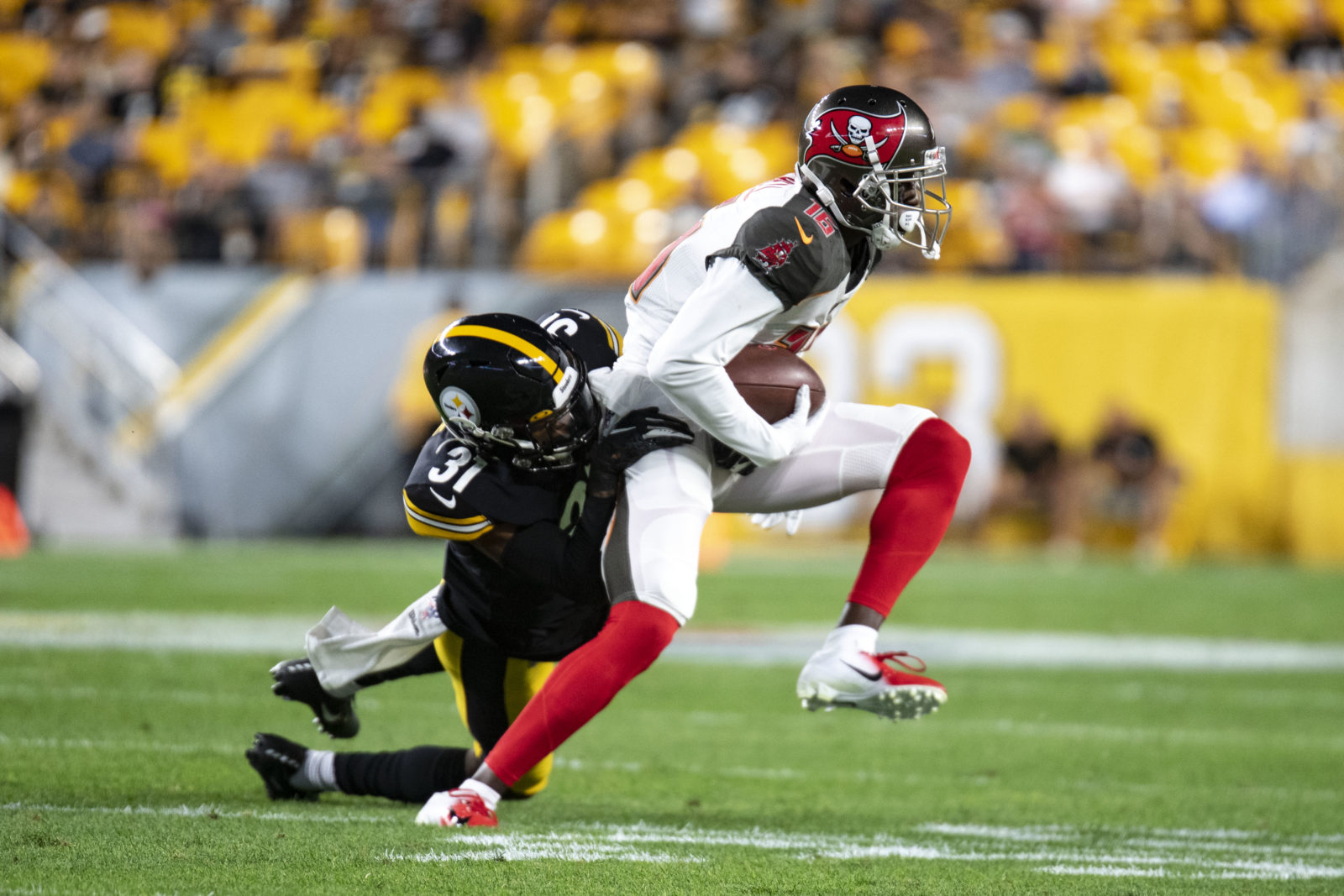 1. Mitchell was engaging in his session with the media during his conference call this week and then on radio shows here with CJOB and then with 620 CKRM in Regina.

A couple of things that were not included in the first story we did for bluebombers.com on Wednesday spoke of Mitchell’s perspective. First, he touched on being part of the Buccaneers before being released last September and also on the mental and physical resilience it took to recover from the Achilles injury that cost him his 2019 season.

“I thank God I got to live out a childhood dream,” he said of being with Arizona and then Tampa. “I would have loved to have been on that Super Bowl team, but seeing that team come together this year after being there in training camp and almost having the opportunity to come back before they signed Antonio Brown, I was very thankful that I was able to experience those things.

“I thank God I’ve been so blessed to play this game going on seven years professionally. Not many can say that. It’s been a blessing from the ups and the downs. You take the ups and downs with life and you roll with the punches. I’ve learned so much. I’ve learned to be resilient and these are life lessons that I can teach my kids.”

2. One more from Mitchell, who didn’t seem the least bit bitter about missing out on being part of the Bucs’ Super-Bowl season. Instead, he spoke of rolling with the punches and what he gained from his experience and from being around Tom Brady.

3. Sometimes the reaction to a signing from around the league can be telling. Mitchell’s signing elicited these responses from the radio men who covered him closely in Edmonton in colour analyst Dave Campbell of 630 CHED and play-by-play man Morley Scott:

Good to have this guy healthy and back in the CFL …. https://t.co/mLUU9K5BQ7

4. And a few more from Saskatchewan play-by-lay man Derek Taylor, who used to put together a cool stats-related feature on the CFL on TSN telecasts when he was in Toronto.

I don’t say this lightly…

Here’s a piece I did on the “Next Great Receiver” before Week 1 of 2018. @_Bmitch16 went on to have 60 catches for 817 yards and then rocket off to the NFL.#CFL #Bombers pic.twitter.com/4oYIXZUFMN

5. The Bombers’ other free agent news this week involved the signing of veteran long-snapper Mike Benson – a proud Winnipegger and St. Paul’s High School product. You can read that story here.

Benson talks in that piece about being ecstatic to return home to play with the Blue Bombers, but we also spoke about the nomadic existence for players, including long-snappers.

“Professional sports… most take a roller-coaster ride through it,” he said. “For any position you’re really lucky to spend your entire career on one team. With long-snappers, like any specialist, you move around a lot. I’m going into my ninth year and in a nine-year career you’re going to be with a few teams, especially with coaching staffs turning over.

“The longest stretch I had was with B.C. for five years and I had Wally Buono for a coach and we got along extremely well. If you’re a ‘coach’s guy’ and you’re consistent, you’re going to be there for a bit.”

6. A heartfelt salute to the folks at TSN 1290 after the sudden departure of the all-sports radio station in this city. The station was good to the football team and often had players and coaches and on to tell their stories and offer their viewpoints.

Ditto for those folks in Vancouver at TSN 1040, which carried B.C. Lions games, and Hamilton’s TSN 1150, which was the rights holder of the Hamilton Tiger-Cats.

Sad day for the CFL. One of the best to EVER do it. It’s an honour to call you my friend @SolomonE56 and was a privilege to hunt ball carriers with you! #LongLive56 #LongLiveTeam100 https://t.co/oN7GoIWSts pic.twitter.com/QcseK36aLL

One of the interesting notes that came out of his farewell to the game piece on TSN.ca was this nugget – in between workouts with B.C. before he came north he also worked out with the Bombers in 2010 but ‘they didn’t like what they saw.’

Ouch. That story is here.

If all you CFL history buffs want to get lost down a rabbit hole, it’s a cool place to visit.

10. And, finally, yours truly and Darren Cameron – the Bombers Senior Director of Player and Public Relations and Chief Consigliere – were able to sit down with Kyle Walters this week for the latest episode of our ‘Handled Internally’ podcast.

We visited with Bombers GM for our 10th show which will be posted soon and thank you to everyone who has made it such a hit.