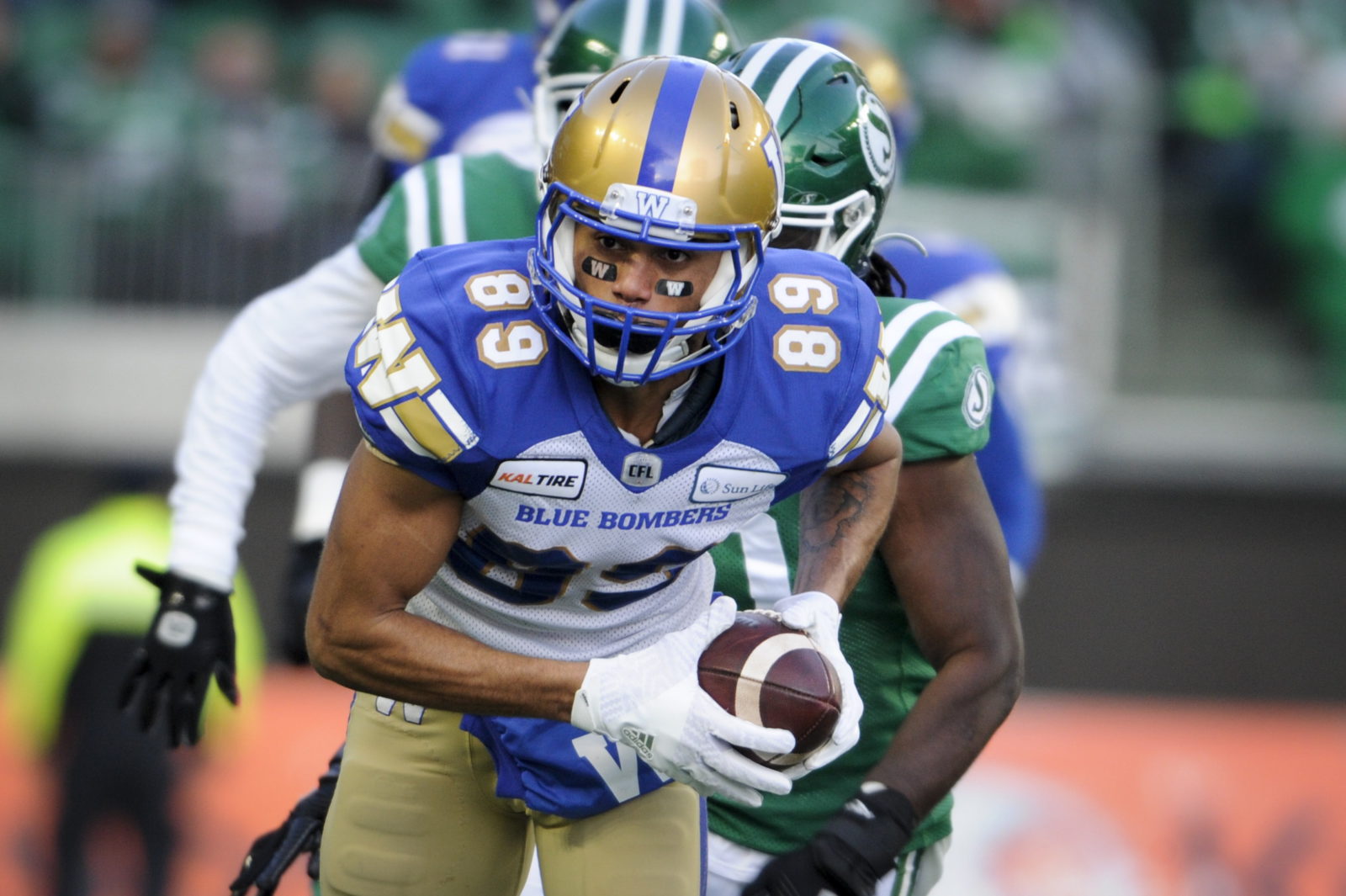 Kenny Lawler didn’t say it in a braggadocios way, nor was it meant be some sort of warning shot across the bow of defensive backs all over the Canadian Football League. That caveat side, the Winnipeg Blue Bombers receiver – who has officially signed a one-year contract extension to remain with the club rather than test the free agent market next week – does have some rather specific goals heading into 2021.

Essentially, it involves cranking his game up a level or two from leading the Bombers in receiving yardage and being named the team’s top rookie in 2019 to all-star status.

“I know what I’m capable of. I don’t like really talking about myself or anything, but like I said… all-star, 1,000-yards, I’m not going to say 100 catches, but a lot of catches, a lot of yards, a lot of touchdowns.

“That’s what I know I’m capable of. I’ve shown it and I put all my chips on myself and bet on myself. That’s the type of guy you guys are going to see.”

The Bombers announced the re-signing of Lawler during the CFL’s negotiating window that leads up to the opening of the free agent market next Tuesday. And while he may have been tempted by other teams, he said he was pulled back to Winnipeg because of the organization, his teammates and, of course, by the financial offer the club put on the table. 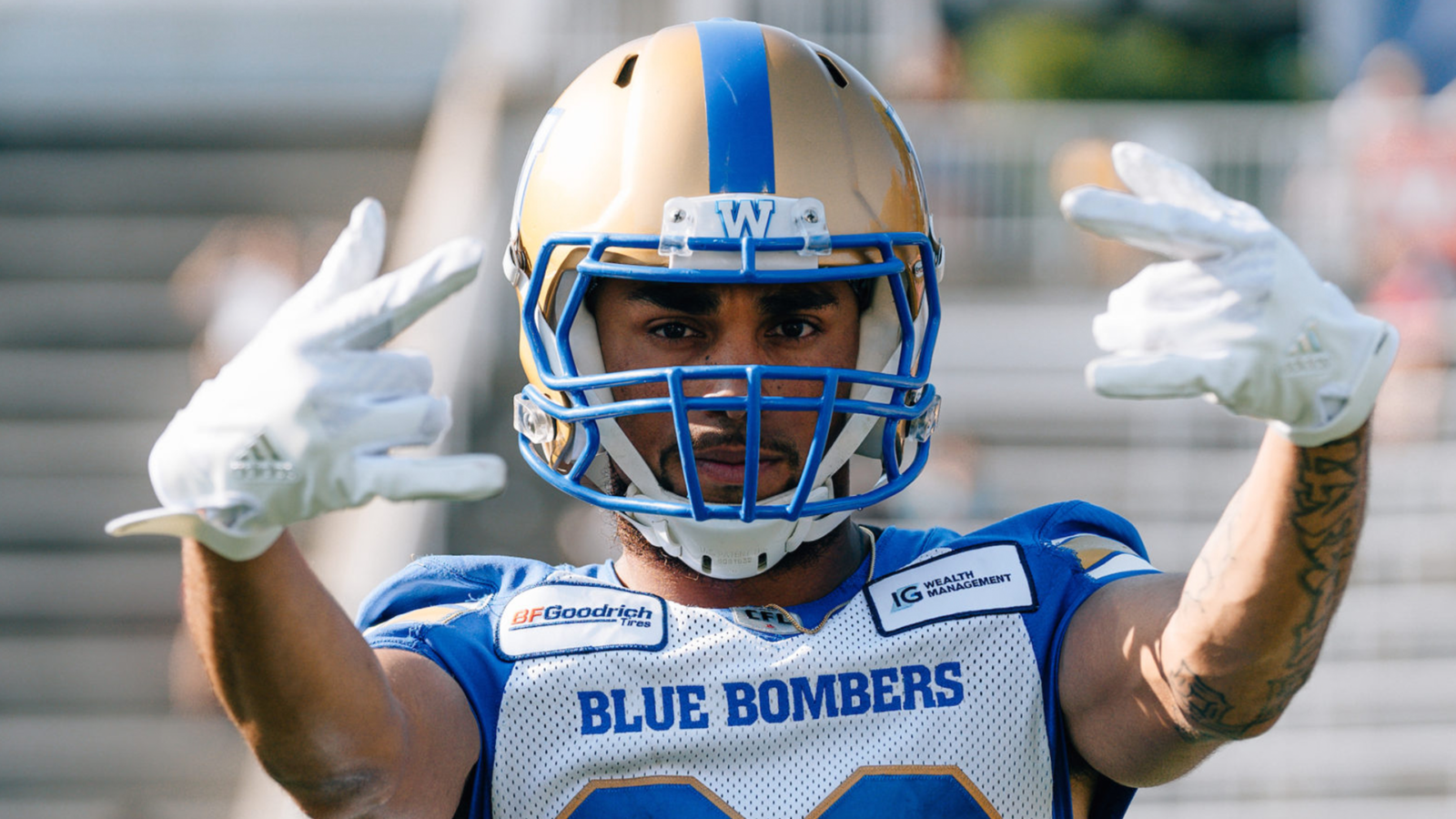 Lawler led the Bombers in receiving yardage in 2019, pulling in 41 passes for 637 yards and four touchdowns in 16 regular season games – adding another critical score in the West Final win over the Saskatchewan Roughriders that helped the club take the next step in Grey Cup glory. Those numbers helped earn him honours as the Bombers’ Most Outstanding Rookie Player.

He’s had a long time – a looong time – to study his game since the ’19 Grey Cup and believes the key to finding another level is to increase his yards-after-the-catch totals.

“I’m working on being more explosive with the ball in my hands,” said Lawler, who has been diligently training with his father Kenneth, who is the defensive coordinator at San Bernardino Valley College. “I know I can make difficult catches; I can go up there and make the highlight catch. But when it comes down to having the ball in my hands, I want to show that I can be elusive. I want to show people that I can turn a five-yard slant route into something, into a 60-yard touchdown.”

Asked how much better he can be in ’21 after a season under his belt, Lawler added: “At the end of day, going out there and making plays, football is going to be football. But there’s also a learning curve in learning the nuances of the game, learning how to create separation off the ‘Waggle’, how to attack people… I believe that off that one year and being surrounded by such a great group of guys that are leaders, that’s helped me a lot. 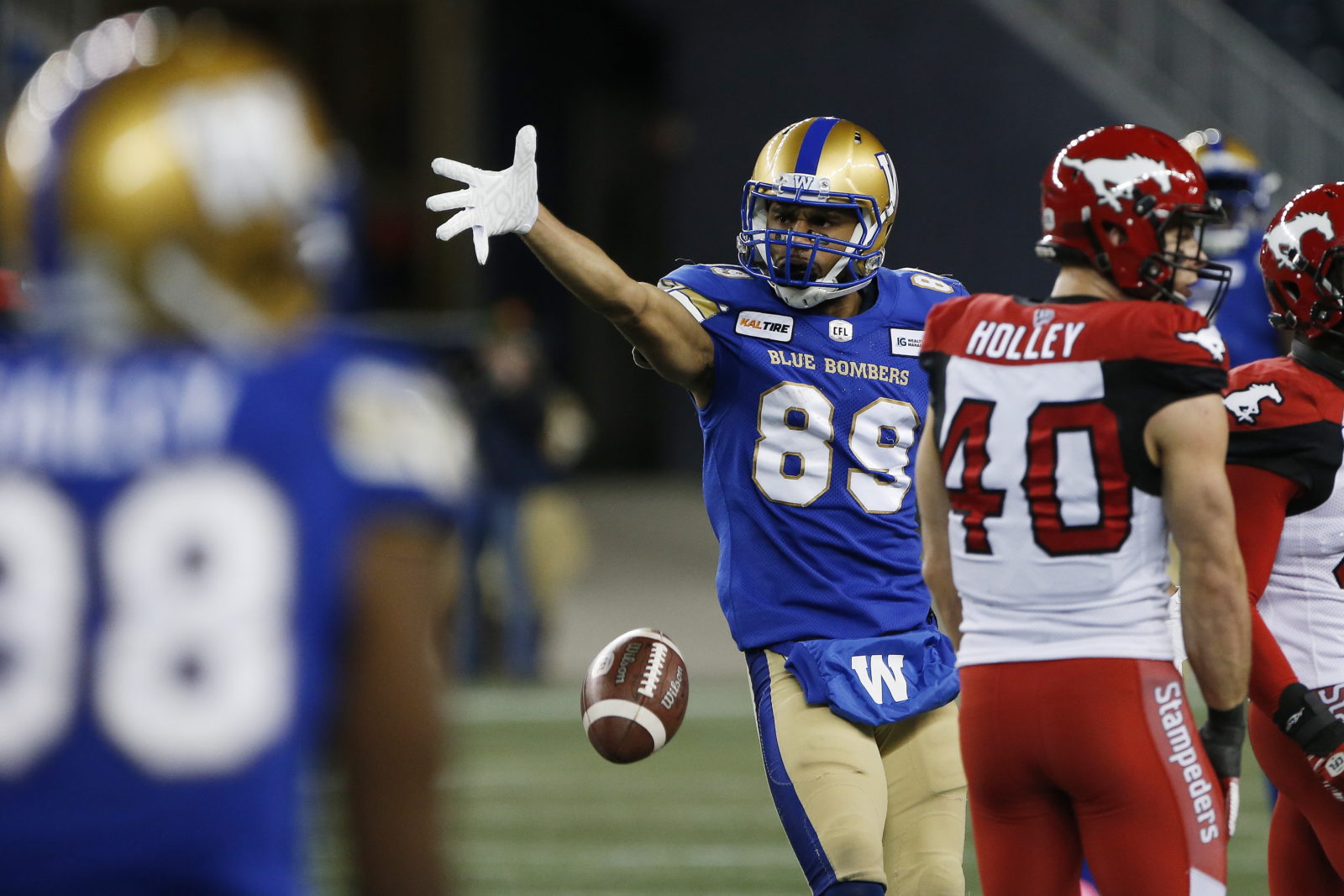 “Now I’m going to be bigger, faster, stronger going into the season. That’s going to show and help me put my game to the next level. Also, it’s that experience knowing how the CFL works and how to use the rules to your advantage as a wide receiver.”

Signing with the Bombers has given Lawler some clarity during these difficult times. And with the 2020 CFL season cancelled, he – like everyone else involved in the league – simply can’t wait to get back to work.

“… Dealing with this whole year passed because of Covid, it’s just been hard mentally,” he said. “I’m such a competitor. All I want to do is be out there doing what I love. Football is what I love and it’s also how I support my family. Not being able to do that is just hard. It’s just hard to deal with sometimes.

“I’m blessed to be around a great group of people that help lift me up. My girl, she’s always been there for me and she’s helped me cope with it and lets me know it’s going to be there. I’m still young. All this is going is going to get fixed and you will be playing football again. It’s just hard to deal with it, especially when I love it so much.”