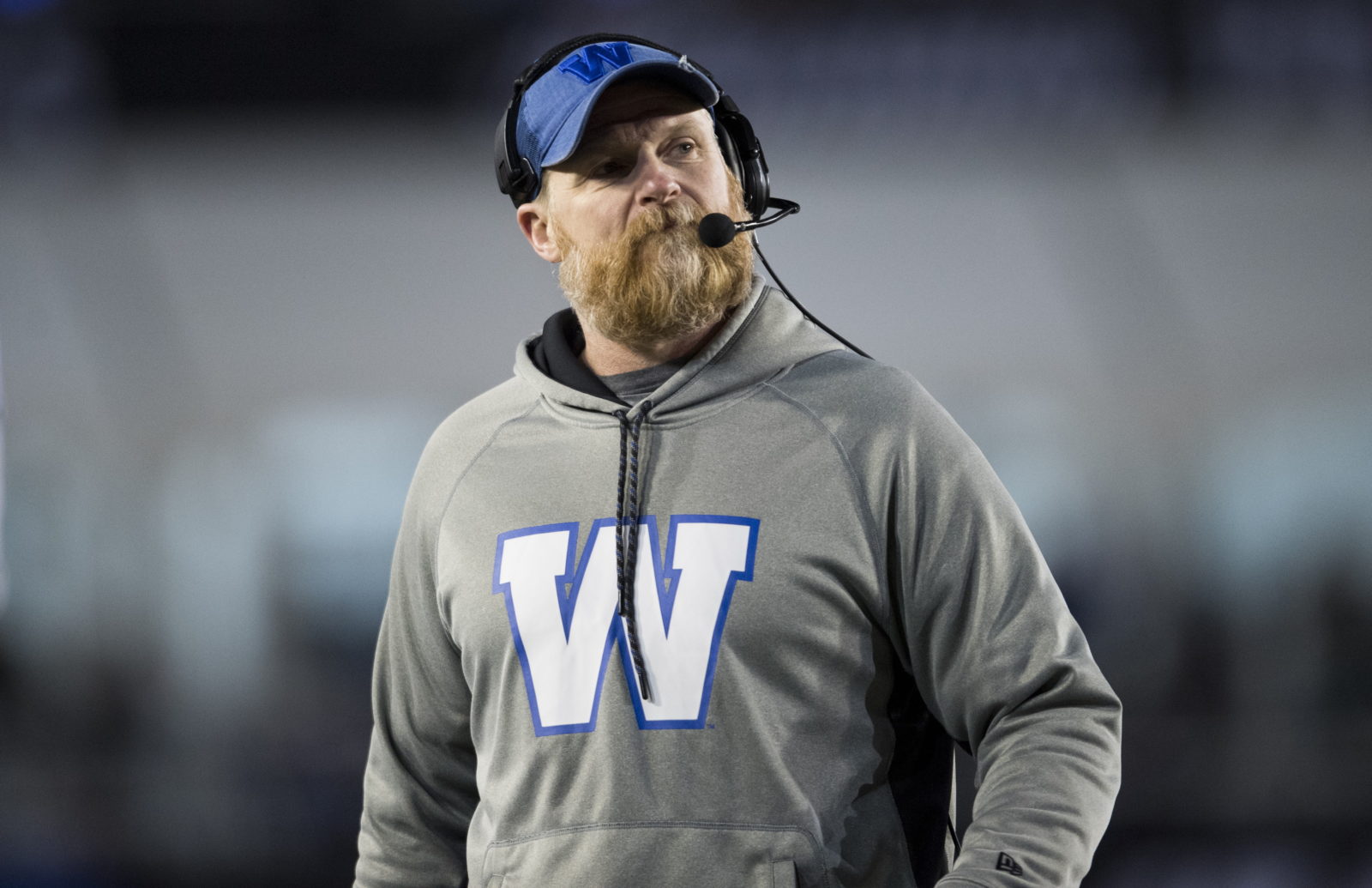 It could be said no one waves the Canadian Football League flag more passionately than Mike O’Shea, who is as patriotic and as fervent a supporter of the three-down game as anyone in this country.

That, in part, helps explain the hurt the Winnipeg Blue Bombers head coach felt Monday when the plug was pulled on a 2020 season.

“It was extremely easy to be hopeful, feeding off the positivity and the energy that Wade (Miller, Bombers President & CEO) had and watching the amount of work Wade and his staff and (Bombers head athletic therapist) Al Couture put in on putting a plan together for the government to make Winnipeg a safe place to have a bubble and have a season,” began O’Shea in a media availability just outside IG Field on Wednesday.

“So, it was really easy to be positive. I said this a few times to some friends – even though I knew that not having a season was a possibility and I knew there were some indicators from the federal government, even with all that, the announcement came and it was like I was completely blindsided. It sounds very odd to say when you are going through the offseason where you are paying attention, but we really thought that we had it nailed.

“The moment surrounding the announcement when I found out for sure it was cancelled was extremely sad, one of the saddest days I’ve had in a long, long time.”

O’Shea held a Zoom call with Bombers players after Monday’s announcement and encouraged all those participating to continue a theme that has become commonplace in the clubhouse since his arrival in 2014, and especially in the last few seasons. 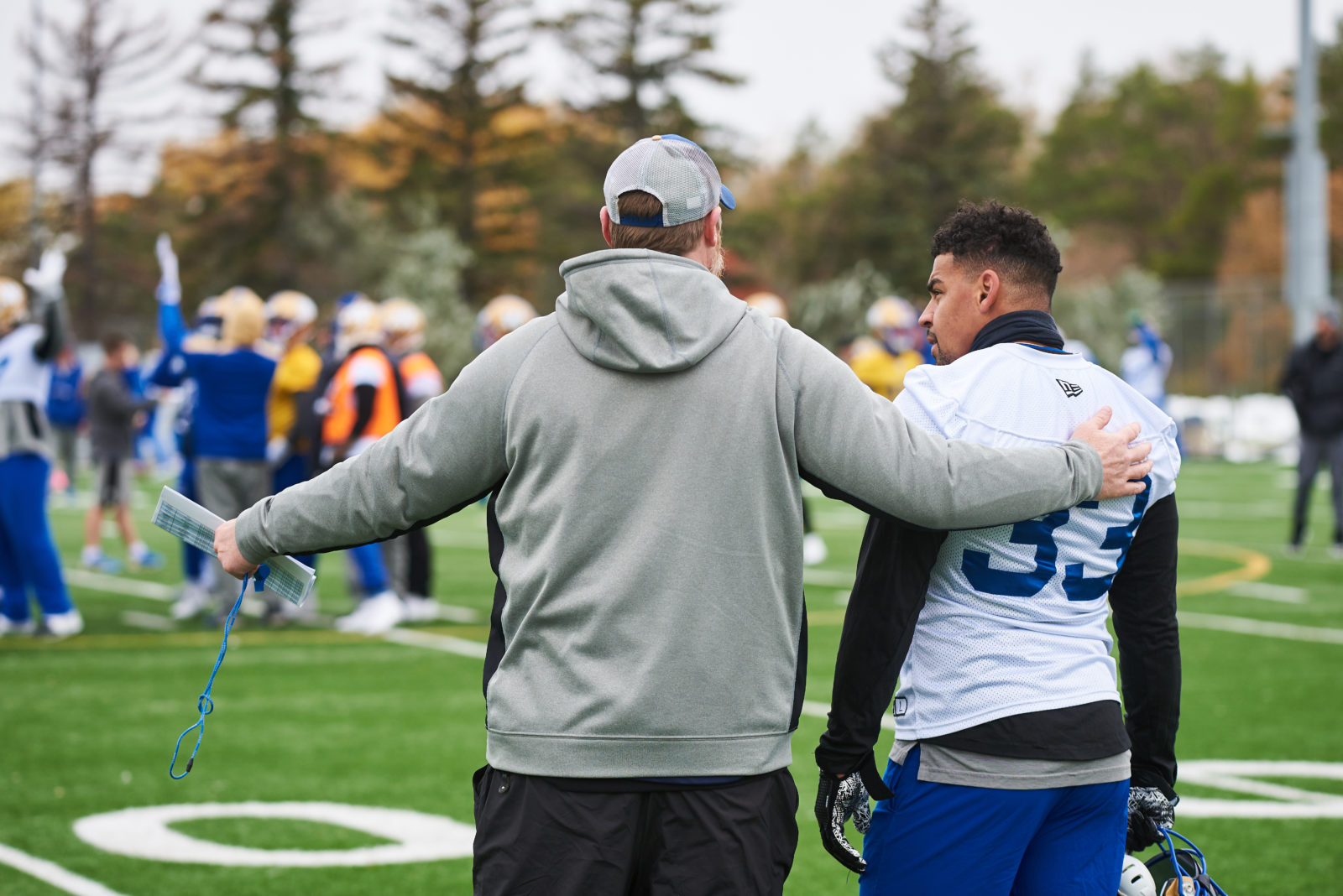 “They’ve gone through a lot of pain and they’ve suffered the most, I’m sure,” said O’Shea. “My main message was like during the season in the locker room, they’ve got to look after each other. They’ve got be able to lean on each other.

“Our team did a great job of that last year and I wanted them to continue that through the offseason. Just be great teammates to each other for this next little while till they get going.”

Not surprisingly, O’Shea would not point the fingers of blame at anyone as to why the hub city plans fell apart, choosing instead to praise the Bombers staffers who worked to get the details ironed out, as well as the CFL Players’ Association and those at league headquarters.

“I believe they worked extremely hard to get this done, too, at their level,” said O’Shea of the league. “Wade was tasked with his portion of a return to play plan and he attacked it like he attacks everything else. Randy (Ambrosie, CFL commissioner) and his staff at the CFL were tasked with a different set of tasks to get things done and they attacked it, too, with a ton of energy and a ton of time spent. I’ve got nothing to say that would be negative in terms of their leadership and the Players’ Association… their group worked hard, too, to make sure we could get this done.

“I didn’t work out, but I would never fault anybody’s effort, that’s for sure.” 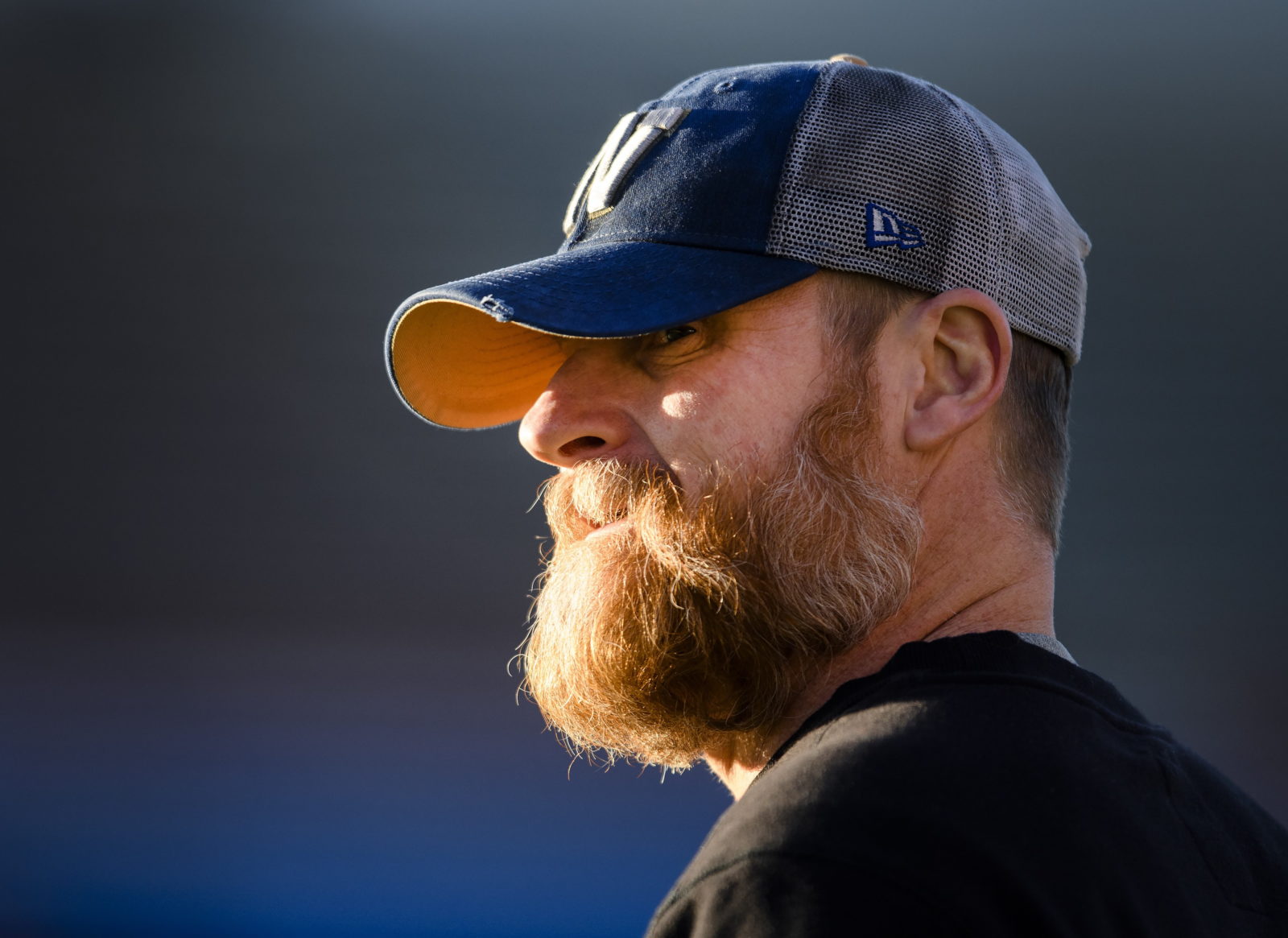 There were reports Wednesday afternoon that the CFL and the CFLPA were making headway on plans for the 441 players under contract to receive CEWS for July through December, as well as having their medical coverage extended through to 2021 training camp.

That’s a critical step for the league as it attempts to rebound, regroup and reload for 2021. Asked if he was concerned about what 2021 might look like for the CFL, O’Shea again adopted a positive outlook.

“I’m not concerned,” he said. “I’ve been around the league long enough and as I said to the players, I’ve seen a lot of obstacles put in front of us and I’ve always seen us manage to bust through them.

“Although this is an obstacle we’ve never seen, I believe the outcome will be the same. We’ll figure out solutions and get around these things or through them and be playing in 2021 and it will be a great season for everyone. I know the players will be so excited to be back in the locker room together and back on the field. And the fans will be excited to enjoy the pride with which these players play with.

“… Nothing is guaranteed in life. It’s what you make of it, right? If you are optimistic like me and you believe absence makes the heart grow fonder, then we’re going to be in for a great season.”

Calling Monday-Tuesday a “tough couple of days for Winnipeg sports fans” after the death of Winnipeg Jets icon Dale Hawerchuk – whom he met at a couple of golf tournaments in Barrie, Ont. – O’Shea has emphasized his players now take the steps necessary to recover emotionally from the stress of the last few months.

“There’s a part of it that says you’ve got to take care of yourself a little bit, in terms of this let down,” he said. “I mean, this has been a long time where you’re not going into work every day. But there’s always lots to do. We’ll be challenged with a new set of tasks very shortly when the CFL and the PA come together and get some answers, those will come back to us and we’ll have to sort it out and figure it out on a team level. In very short order we’ll be hustling our hump again to make it work.

“I do think the players, because of the emotional letdown of this and the rollercoaster everybody’s been on, it’s important that they do have some time to not have to think about it anymore. For some of those guys it will just be delve right back into training and for some others it will be walk away from it for a little bit. And both answers are right.

“The optimism that we had in terms of return to play just dragged on,” he added. “I’m happy for that optimism, I truly believed on Monday morning that we were going to be playing at some point. I like that I was blindsided by it. I do think the players now have to move and figure out what they have to do for their families and their livelihood.”