Getting to Know Jordan Younger 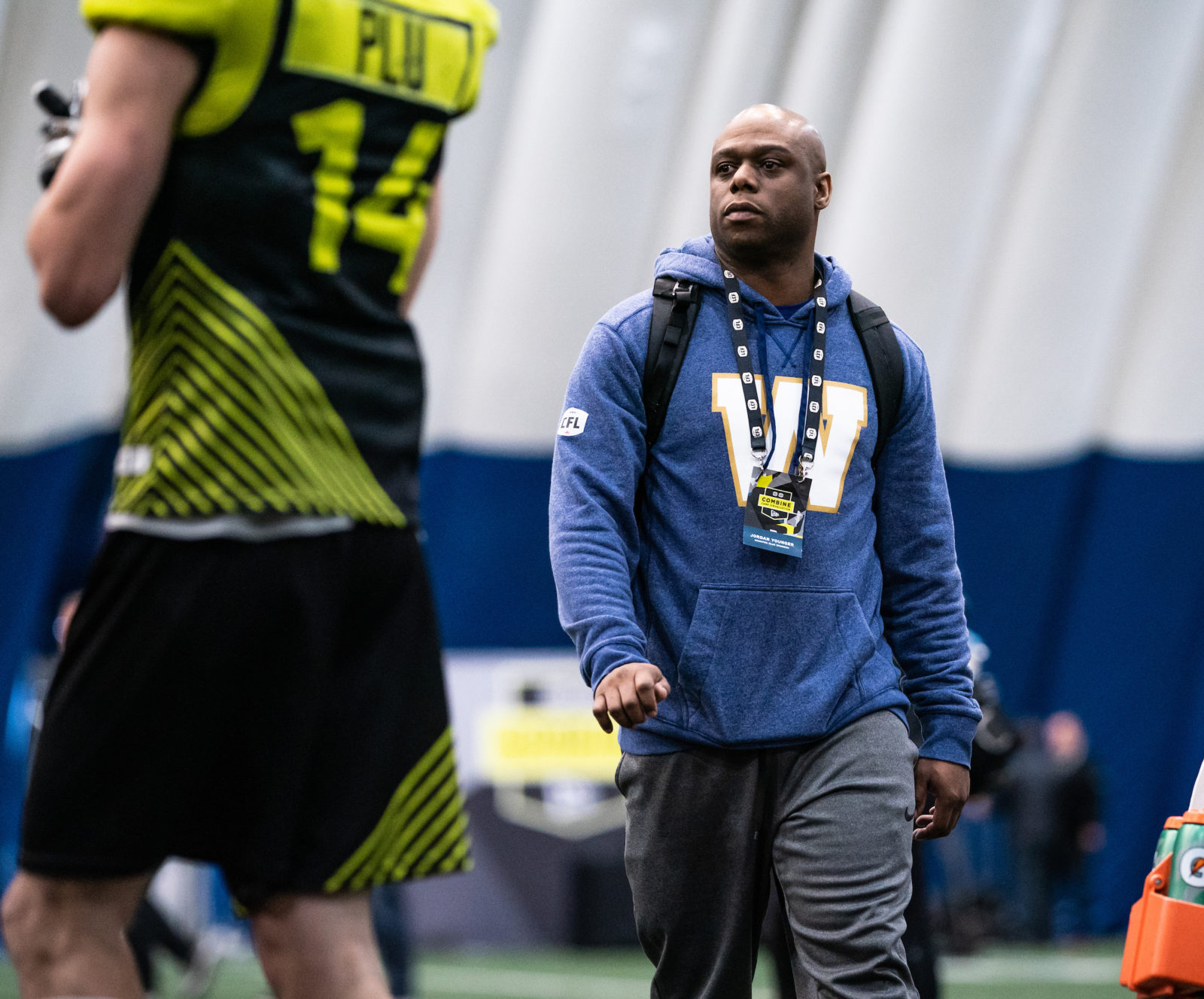 Getting to Know Jordan Younger

Jordan Younger is camped out at his offseason home in Mississauga with his girlfriend and his one-year-old son. He’s still doing all the things any Canadian Football League assistant coach does, albeit with the unknown that comes from a global pandemic.

But the Winnipeg Blue Bombers defensive backs coach has also had some time to reflect on his career – both as a player and a coach in the CFL – and how one phone call can lead to so much change, and joy, in a man’s life.

The year was 2004 and following three years in NFL Europe with the Rhein Fire and Amsterdam Admirals, Younger was suiting up with the Indiana Firebirds of the Arena Football League and sharing an apartment with defensive lineman Jonathan Brown.

The two had followed each other around a bit, from stints with the Washington Redskins in 2003, to Amsterdam and then to Indiana. Then in the spring of ’04 Brown received a phone call from Canada.

“I’m in the living room and I hear him get a call from the CFL, from Toronto, and figured this is where we’re going to part ways,” said Younger in a recent chat with bluebombers.com as part of our profiles of the club’s assistant coaches.” 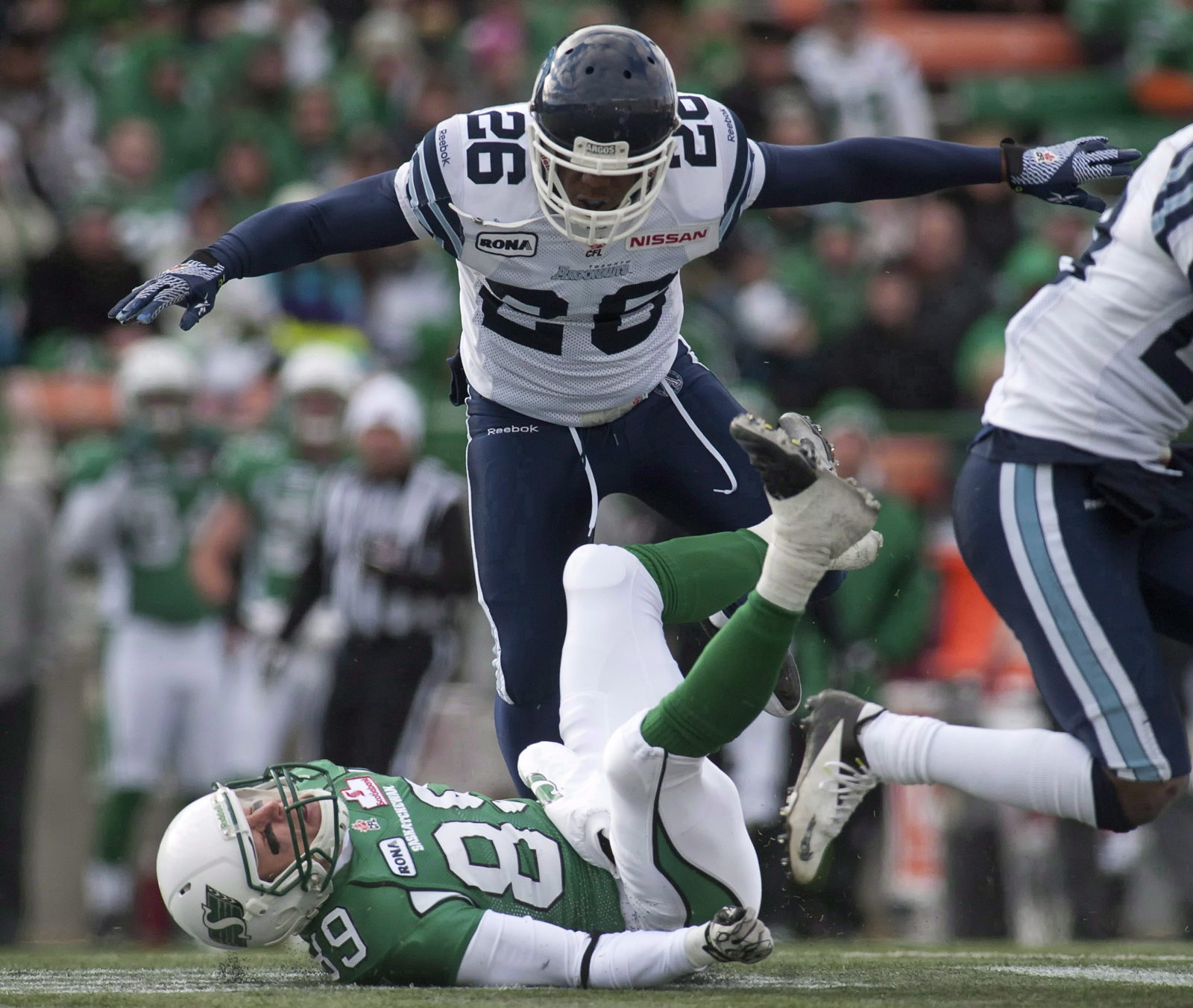 Toronto Argonauts safety Jordan Younger delivers a huge hit on Saskatchewan Roughriders slotback Chris Getzlaf during the first quarter CFL football action in Regina, Sask., Saturday, October 27, 2012. Younger has enjoyed the spoils of playoff success against the Montreal Alouettes, that being a 2004 Grey Cup ring.But mostly Younger’s post-season experience versus Montreal has been bitter disappointment, a trend the veteran safety hopes to change Sunday when the Toronto Argonauts face the Alouettes in the East Division final. THE CANADIAN PRESS/Liam Richards

“I said, ‘Yeah, let’s keep this party going’ and I came up to camp. The rest is history.”

That phone call led to the product of Trenton, NJ, now 42, putting down roots in Canada and in the CFL. He carved out a solid nine-year career in the CFL with the Argos and Edmonton Eskimos, was twice named a league all-star and was part of two Grey Cup championship teams in Toronto, in 2004 and 2012 – the latter as the club’s defensive captain.

After retiring, he helped establish the International Developmental Fast Football League – a 7-on-7 developmental company aimed at helping get kids get ready for the draft, for college sports or for their high school seasons. He served as an assistant coach with the Oakville Titans in 2013 and the University of Toronto Varsity Blues in 2014, before joining the Argos staff in 2015 and then the Bombers in 2018.

“In the back of my mind I always knew it was a possibility just because of how much I love football and the process. Then, after playing in Toronto and seeing Orlondo Steinauer and Mike O’Shea become coaches and how natural that transition was for them, it made me think about it even more. We had some of the same philosophies, some of the same football ideals. Then I just ran with it.

“Coaching is teaching, that’s all it is. There are so many intelligent football players and so many intelligent coaches. But it’s really your ability to impart information in a way that players can effectively receive it and process it quickly. Every year I’m trying to simplify the way I impart information so that it’s easier for players to digest so that we can be what we want to be.” 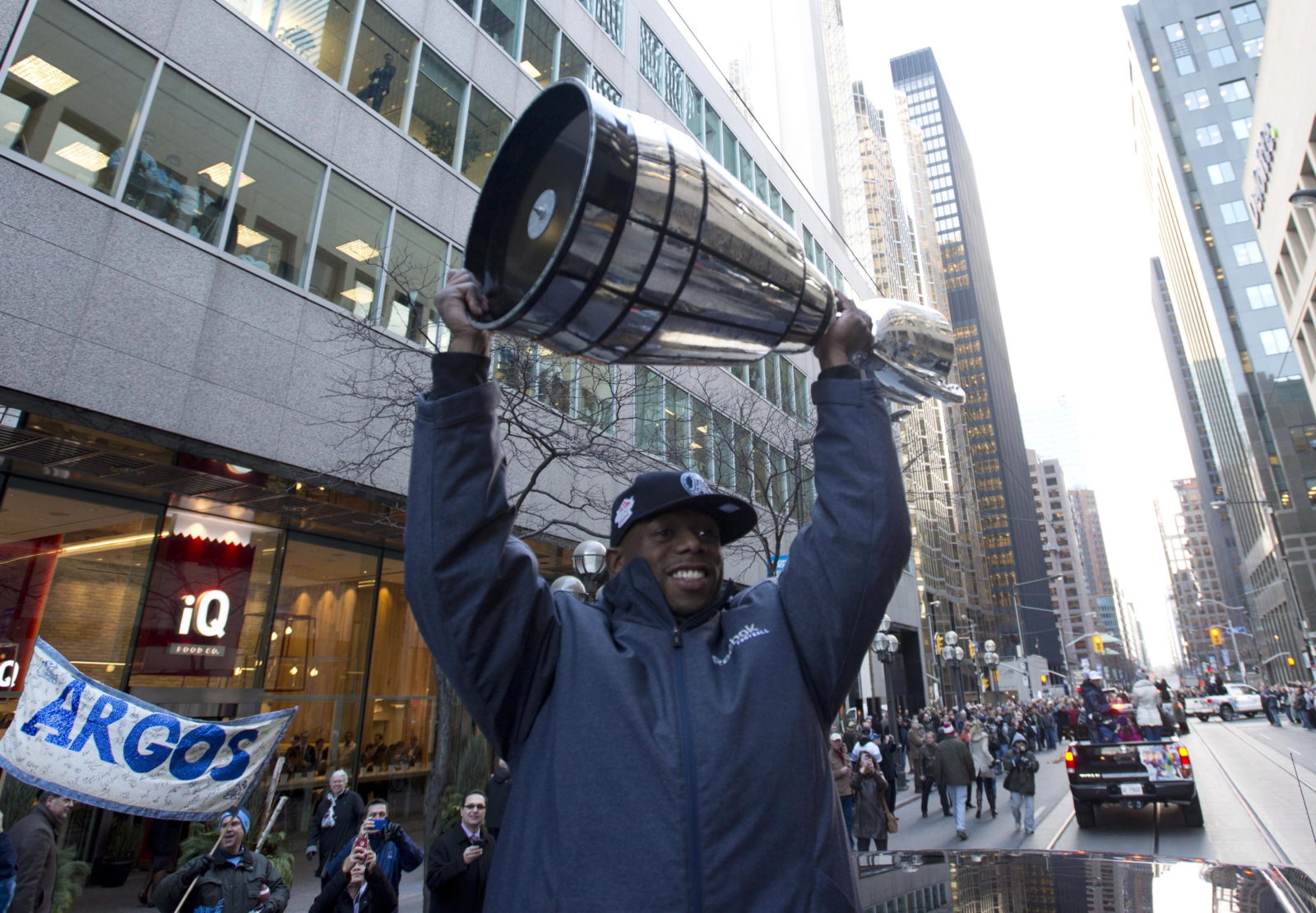 Younger is a highly respected member of O’Shea’s coaching staff not just because he knows his stuff, but because his experienced in the game – both as a player and an assistant – give him a well-rounded perspective. He even did a stint in 2014 as an analyst, working for both CFL.ca and TSN during their Grey Cup coverage.

Over the years he’s also adapted and grown as a coach, taking bits and pieces from each head coach and defensive coordinator to hone his own way to deliver a message or a teaching point. And that – the ability to be flexible and open your eyes and ears to new ideas – has been critical.

“One of the most valuable lessons I learned as a coach was how to win in different systems,” said Younger. “I had success as a player with Rich Stubler under his defensive philosophy. And then also won a championship with Chris Jones and he had an almost completely different philosophy.

The 2019 Bombers championship was unique for Younger not just because it came as a coach, but because he got an up close and personal look at what it meant to a football-mad community and a fan base that had been craving a title for almost three decades. 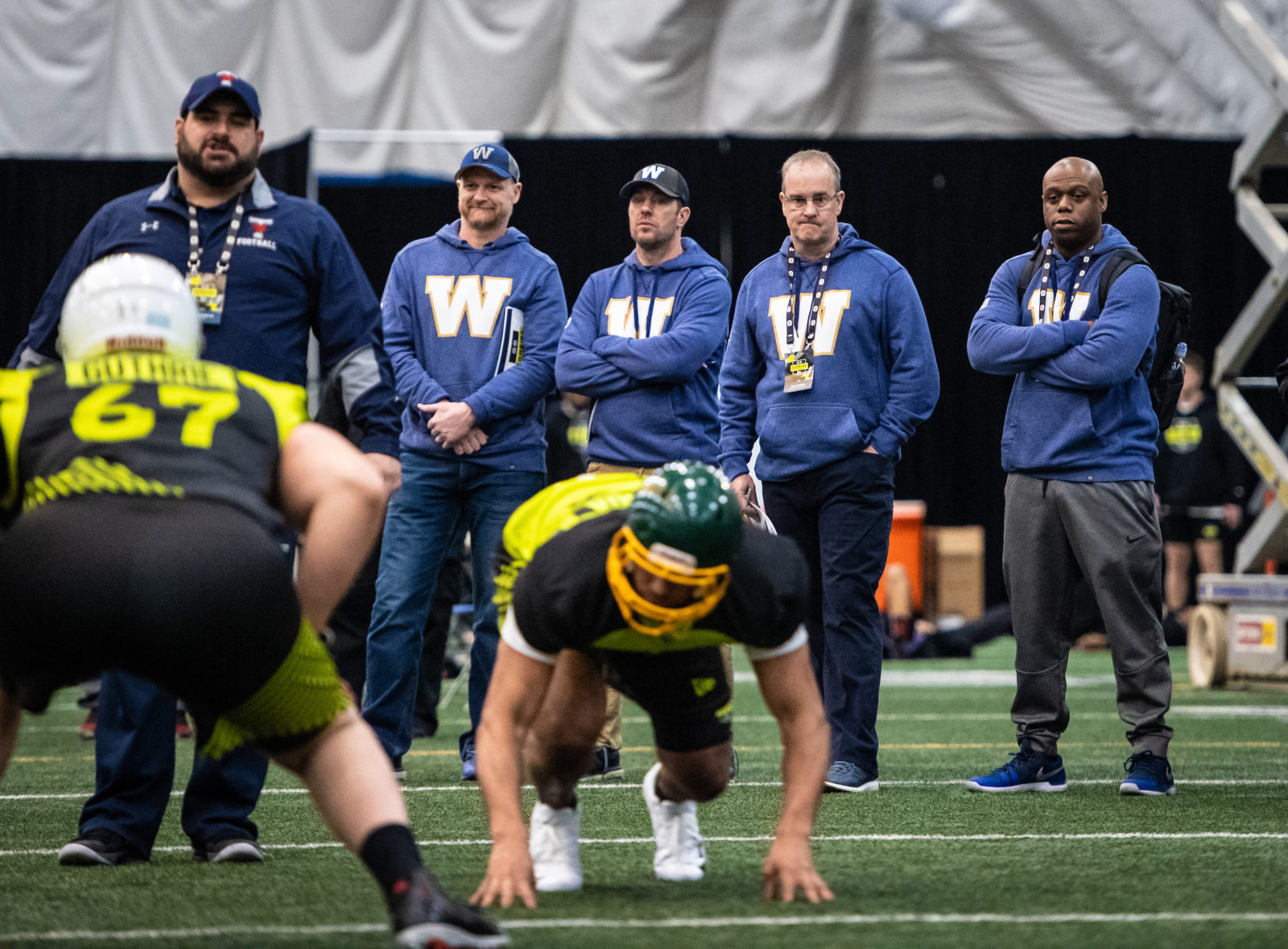 “America is one of the most special countries in the world, but it’s very isolated, very insulated. In America you think the American way is THE way. It’s ingrained in you as you grow up in the American school system. Being able to get outside of that and then look in, you see some of the faults and shortcomings in that attitude. This has given me a chance to see a different perspective.”

The COVID-19 pandemic has made everyone reflect over the last few months and Younger is no different. He’s thankful he’s doing what he loves, in the game he loves.

“Football is a grind. Coaching… playing… it’s a grind. It’s relentless,” he said. “As a player, every year there’s a new crop of guys who are trying to take your place. As a coach, you’re only as good as your last season, only as good as your last game. Not being in love with it makes going through that grind all that much more difficult. You see a lot of guys burn out because they’re not in love with the game.

“You accept the grind because you understand the importance of what you are trying to accomplish – being a champion, being the last man standing. That’s what it’s all about. Being the last team to win in a season.