Miles pursues his Masters in preparation for life after football 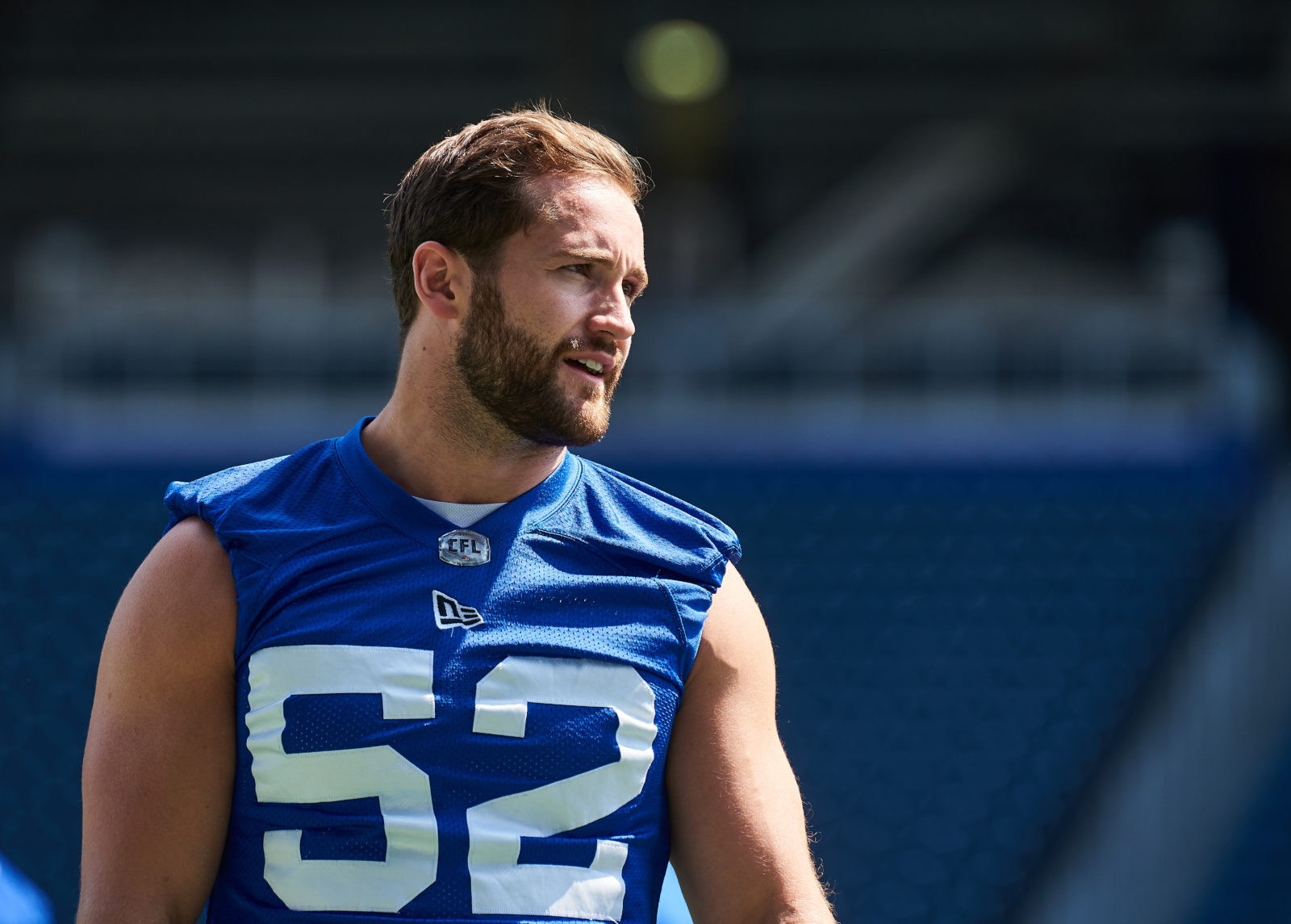 Miles pursues his Masters in preparation for life after football

A global pandemic forces everyone to do some deep thinking and in many instances, to worry.

It’s also allowed many to prioritize what is important and wonder what life will be like when this thing mercifully ends. And for many professional athletes it’s also served as an opportunity to re-evaluate their plans for life after the whistle goes silent and careers come to a close.

Here’s the thing about that, at least as far as Thomas Miles of the Winnipeg Blue Bombers is concerned: he’s been in that mode for his entire six-year Canadian Football League career.

“So with that as a foundation of my football career, that understanding of the conditions and the difficulty to going pro in football, my approach has always been that I needed to have a back-up plan. That didn’t stop when I got into the CFL.

“Part of that came from the fact that in the offseason I could either get a job or go back to school. The other part was just knowing that the average CFL career lasts three years and I’m going to have to do something when I’m done playing. I figured I might as well get a jump on that.” 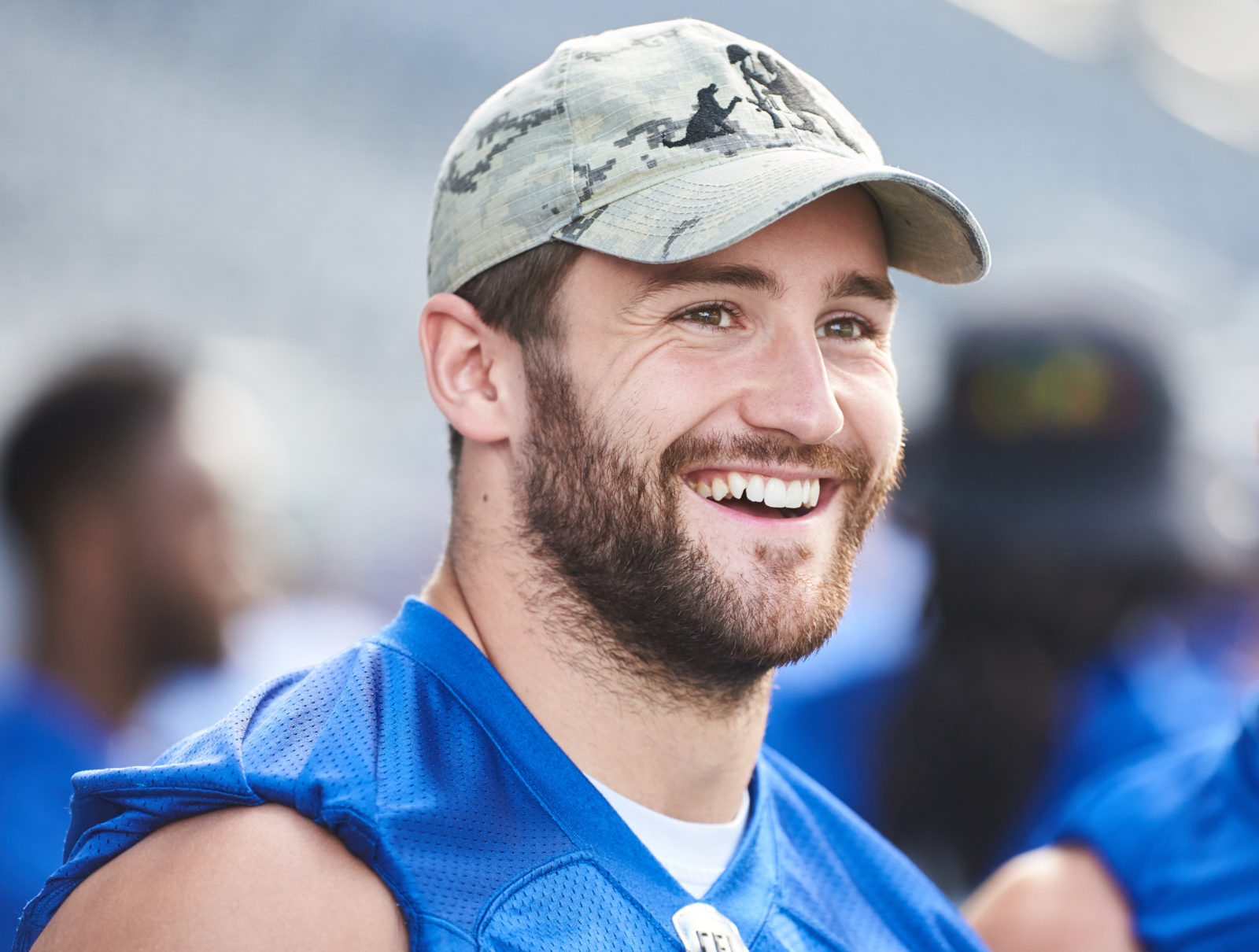 Miles just last week finished up the winter semester at the University of Manitoba’s Asper School of Business  and will complete the final course in his Masters of Business Administration in the fall. His fields of concentration are in sustainability and in international and emerging markets. One of the most well-read players on the team – his nose is forever in a book – Miles was also the recipient of the 2019 Ed Kotowich Good Guy Award, presented annually to the player who has ‘excellent football ability, is a leader in the locker room, and shows outstanding effort in the community.’

He travelled to Tanzania last spring as part of a study trip and that experience further opened his eyes to giving back to the community somehow, some way.

As one of the most active Blue Bombers in the community, Miles has been heavily involved in the club’s Tackle Bullying and Break The Silence on Violence Against Women programs, and made several visits to communities up north as part of those initiatives. Among his other involvements, Miles also serves on the board of directors for the Immigrant and Refugee Community Organization of Manitoba.

So, yeah, this is a well-rounded man who should be able to make a smooth transition to professional life when professional football is done.

“What’s a dream gig for me? That’s an excellent question, but I haven’t completely wrapped by head around the answer yet,” said Miles. “The answer right now is that I don’t really know. I love being in the community. I’ve done a lot of that work with the Bombers and on my own and I’d love to find a role where I can actively give back to the people around me.” 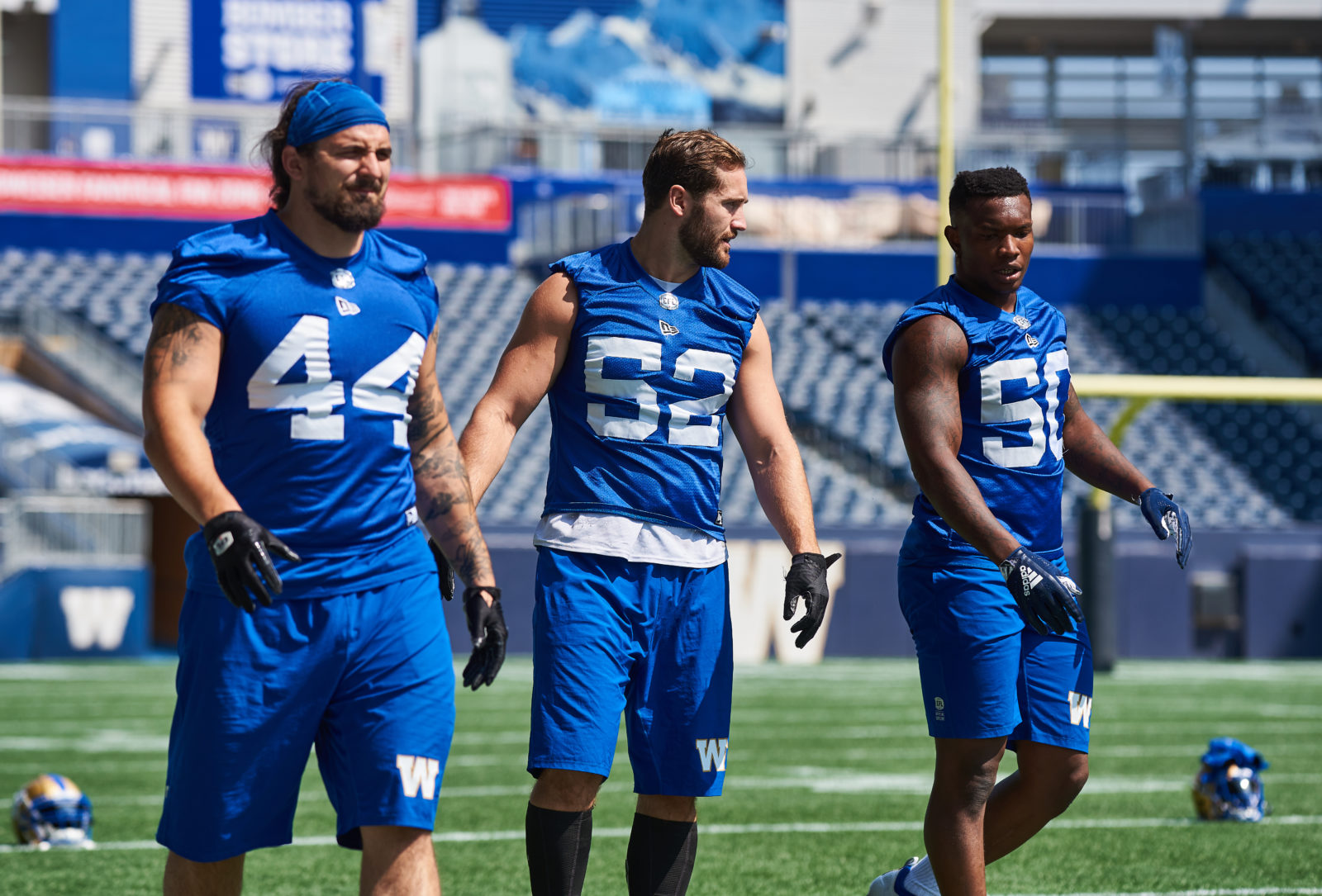 “I’m not really sure what field that would be in and I don’t have a set preference for that. I’m essentially leaving all of my doors open right now and just seeing where the wind blows me.”

Still, there’s the athletic side of him, too – the side that needs football and gets daily joy out of being in the locker room and surrounded by players and coaches all chasing the same thing. That’s what he gets from the daily grind of the game. And that’s what he hopes to be getting back to soon with his Blue Bombers teammates whenever this pandemic ends.

“When I first started my career, what I got out of football was just the basic competitiveness,” said Miles. “It’s such a competitive sport and competitive league. I derive a lot of personal pleasure from that competition and succeeding against such competition.

“As I’ve grown as a player and a person, I became much more team-oriented, particularly during my three years in Winnipeg. I play for the friendship and the camaraderie and what I get out of the relationships I have with other players on the team and the other coaches. That goes far beyond anything else I’ve ever experienced and is worth so much more to me than, well, anything really.

“I’ve re-signed every year because I value those relationships and I value the setting where you’re part of something bigger than yourself,” added Miles. “That sounds cliché, but it’s really true. It’s about the opportunity to go out and sacrifice and compete with some of my closest friends in the world is something I won’t have when I’m done playing football.”