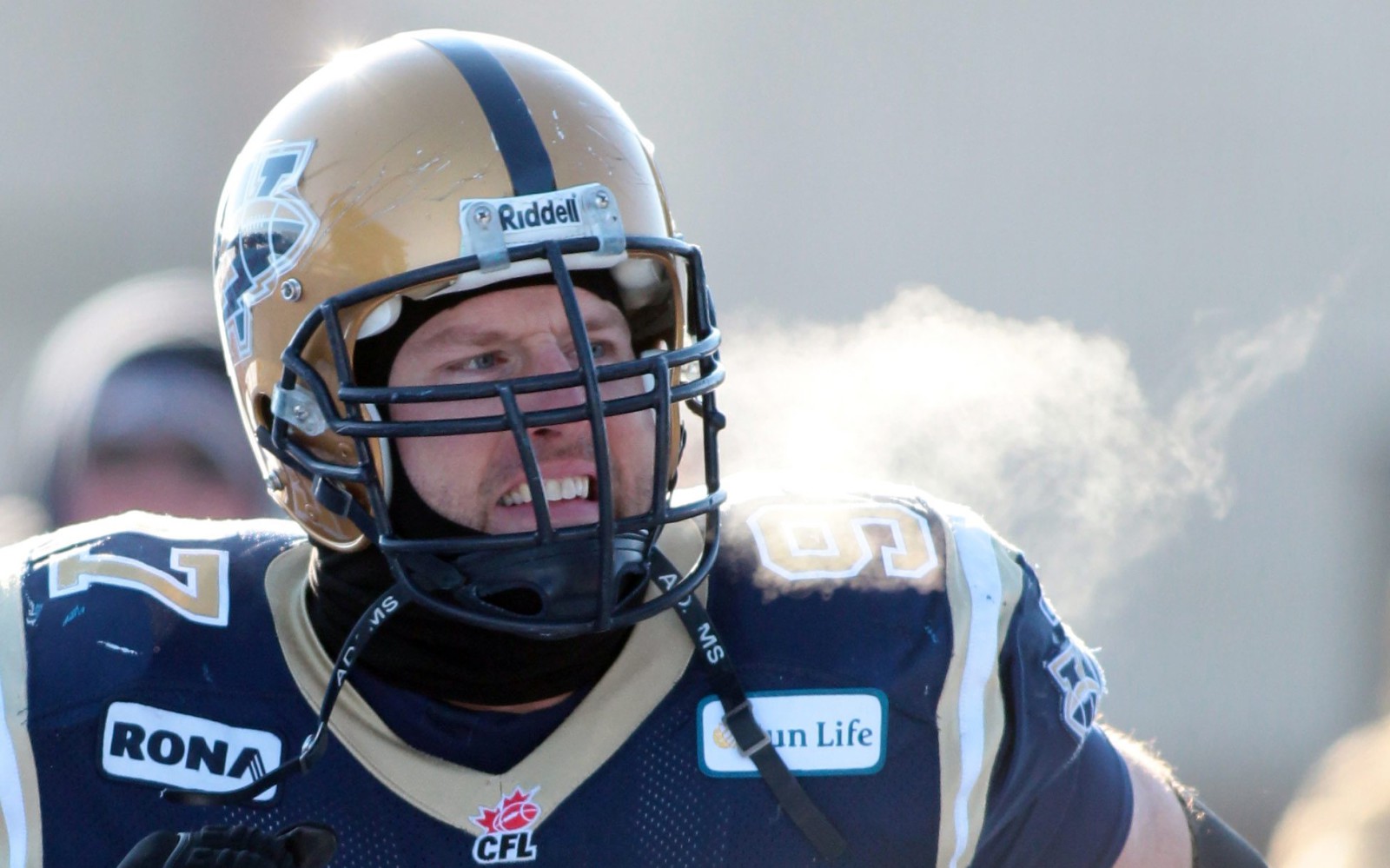 Steam billows behind Doug Brown (97) of the Winnipeg Blue Bombers as he runs onto the field before game action in the CFL East Division Final in Winnipeg, Manitoba on Sunday, November 20, 2011. The Canadian Press Images/CFL/Marianne Helm 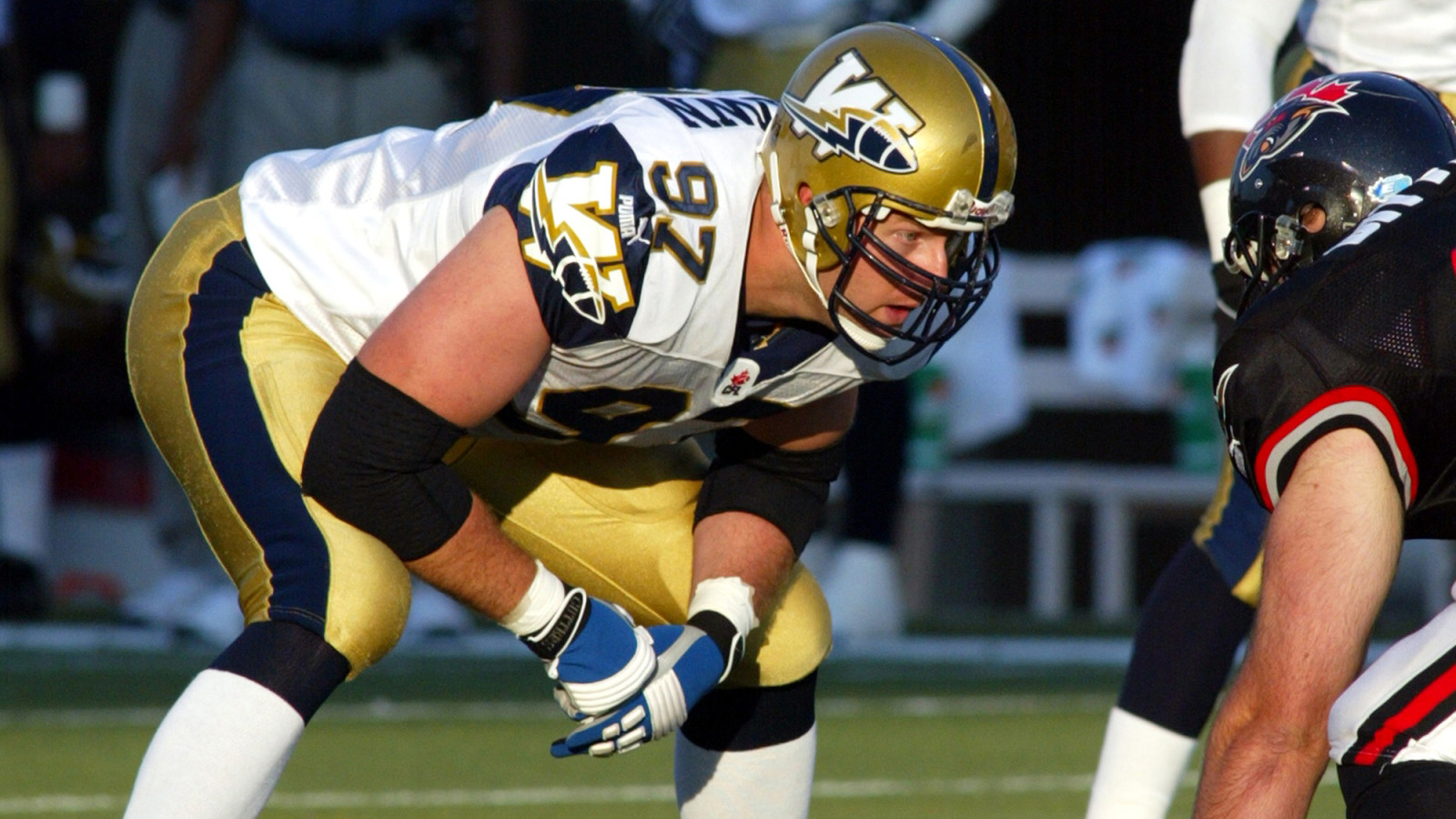 The 12-game win streak in 2001 because nothing in pro football was ever as much fun as going on that run. If only it had ended better, that might have been one of the best teams of all time. And 2007 was pretty fun, too. Except for the arm thing.

I think I got one total vote for Most Outstanding Defensive Player in 2008 when I went up against Cameron Wake at the CFL awards. I’m still trying to track down who the one person who voted for me was, so I can thank them for the vote of confidence.

It probably was unanimous and they just lied to me to make feel better. But, either way, it was an honour to get it handed to me by one of the best defensive linemen to play in either league.

Girl Dad. Didn’t see this one coming, but wow, she owns me.

Going to the lake and pontooning with my family, friends, and dog (rest in peace, Sam).

My Canadian Football Hall of Fame ring and my one and only NFL game ball.

Most talented Bomber player you played with was…

Bombers coach who had the most influence on you:

Dave Ritchie. Dave had the rare capacity to be both loved and feared, and he got the most out of his players. One of those coaches that you wanted to make proud by how you performed and played on the field. I’ll never forget the day he was let go. I was devastated.

Driving up to West Hawk Lake after a win with a full crew of players. We’d rent a boat, raise the Bomber flag and use the water as our own personal ice tub while reflecting on the successes of the game and rehydrate.

Losing teammates and friends as casualties to the business side of the game and trying not to hold a grudge or take it too personally.