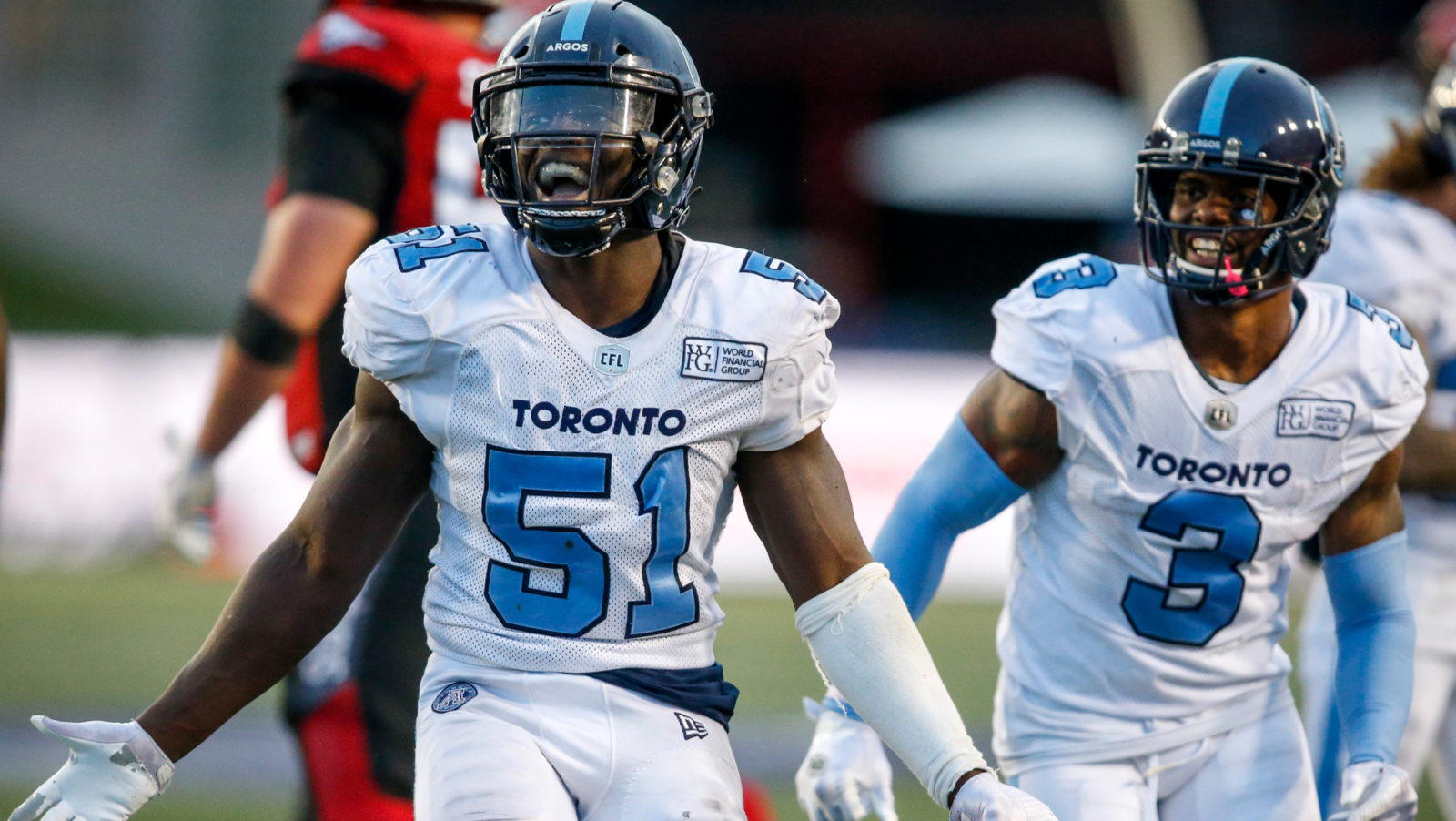 Anyone who has lined up opposite Micah Awe – or schemed against him as a coach – can offer up this simple and succinct scouting report: The newest member of the Winnipeg Blue Bombers is a versatile linebacker who is passionate, intelligent and brings a nasty wallop in any collision he’s involved in all over the field.

But he also brings a scientific approach to the game that draws from his engineering degree from Texas Tech. His idea was first put to use last year with the Toronto Argonauts and hopes can provide the same benefits to the Bombers in 2020.

“I’m a computer nerd,” began Awe with a chuckle, during a conversation with bluebombers.com from his offseason base in Chicago. “When I was hurt last year in Toronto I couldn’t just sit there and not do anything, so I ended up creating what is basically a prediction app for football. Now I use that technology to predict plays even faster, even more efficiently than ever.

“It’s very simple… the great linebackers always seem to know what the next play is based on any number of factors, like down and distance, personnel packages… it’s any variable. If it’s happened before it will tell you, ‘Last time they were in this, this, this and this, this is what they usually do.’ It’s just providing more information and it’s been beneficial to me personally.” 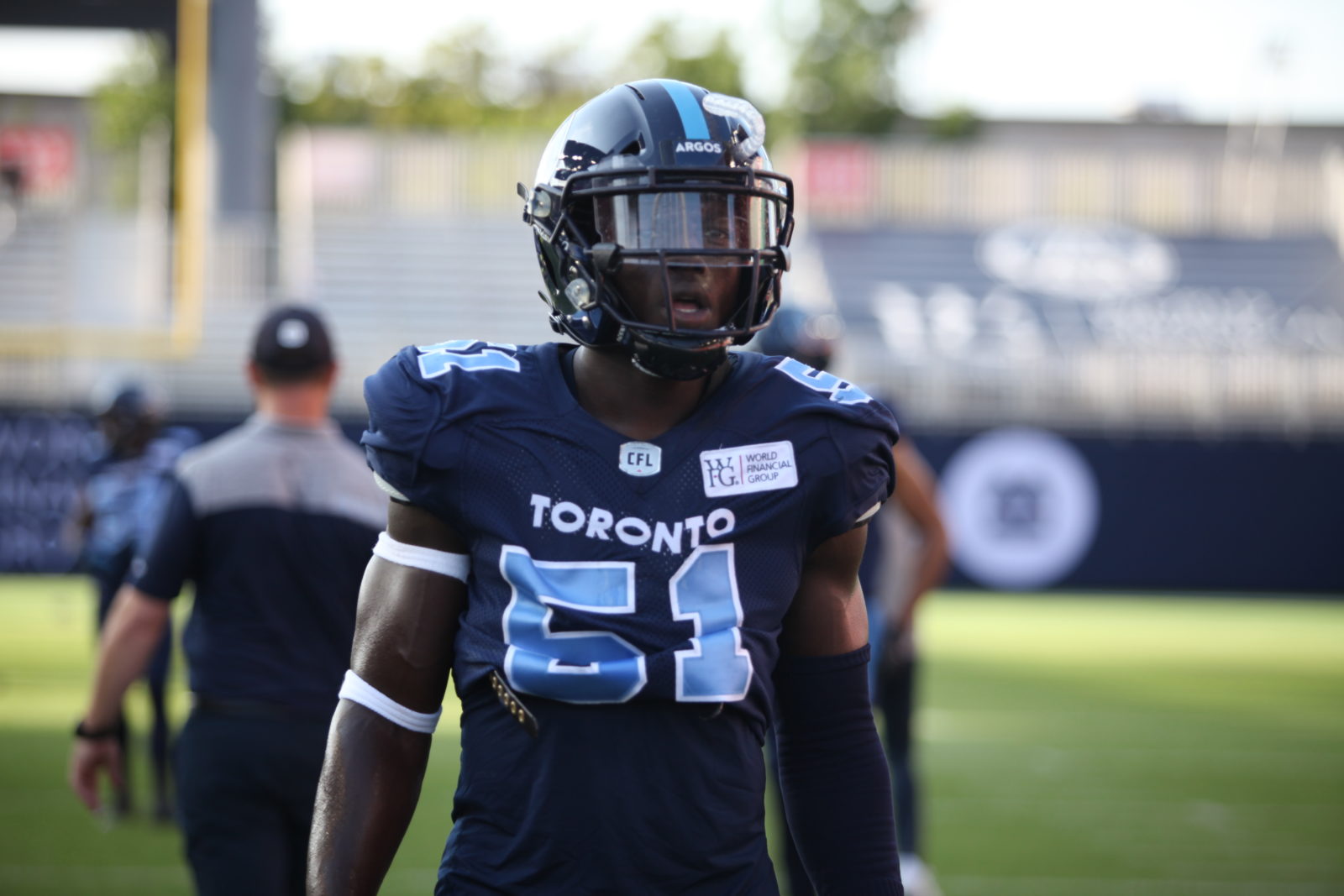 “Essentially, I took what I knew and made an artificial intelligence app that confirms what you are already thinking. You always hear coaches say, ‘Don’t think, don’t think…’ Now if you have the facts about a team when they are second and eight on their own 40-yard line, for example, and you combine on top of that your own instincts… it’s almost like cheating.”

A product of Texas Tech with a degree in petroleum engineering, the 26-year-old Nigerian-born/Texas-raised product is an intriguing addition to the Bombers. He has played all three linebacking positions during his days in the CFL with B.C. and Toronto, but is primarily a middle or weak-side linebacker – positions more than capably held by Adam Bighill and Kyrie Wilson.

Naturally, that came up in the conversation on Monday. Awe’s answer speaks of both his confidence and his drive.

“There’s a lot of competition there, great players there, and that’s why I wanted to go. I’m super excited.” 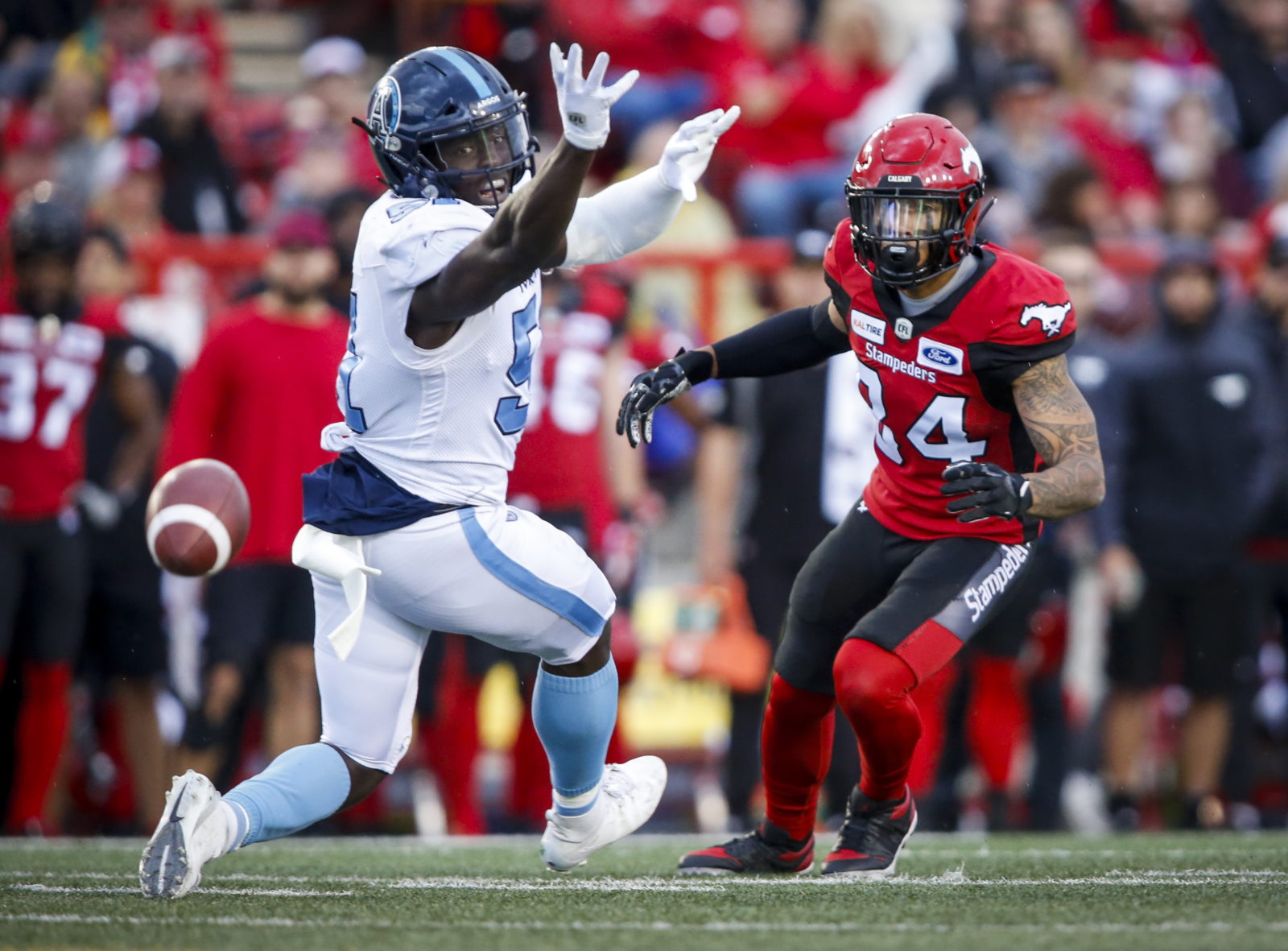 Awe first came to the CFL with the B.C. Lions in 2017 after being recommended by current Bombers Director of College Scouting, Ryan Rigmaiden. He parlayed a solid rookie season into a look-see with the New York Jets, but returned to B.C. later that season and joined the Argos last year as a free agent.

He lists Rigmaiden, along with former Bombers Chandler Fenner and Maxx Forde among those who raved about the organization here in Winnipeg. He also said the first few hours of his free agent experience were, well, interesting.

“Oh, man… a slew of things came together and then I ended up signing in Winnipeg. And ‘slew of things’ is an understatement,” he said. “I definitely could have signed on the first day, the first hour of free agency, but that didn’t happen. It’s a business… no hard feelings and the team that knows what I’m talking about, knows what I’m talking about.

“Maxx and Chandler and I were close friends in B.C. They both went to Winnipeg and both aren’t there right now but they both said ‘This is a great organization.’ It says something to hear that from players who aren’t even there anymore are still talking super positive about it.”

Awe said the Argos’ struggles last season – they finished 4-14 – hardened him, taught him thing about himself and made him appreciate his teammates who, he insists, made up a ‘great’ locker room. And from everything he’s come to believe, he’s coming to another great locker room here with the Bombers.