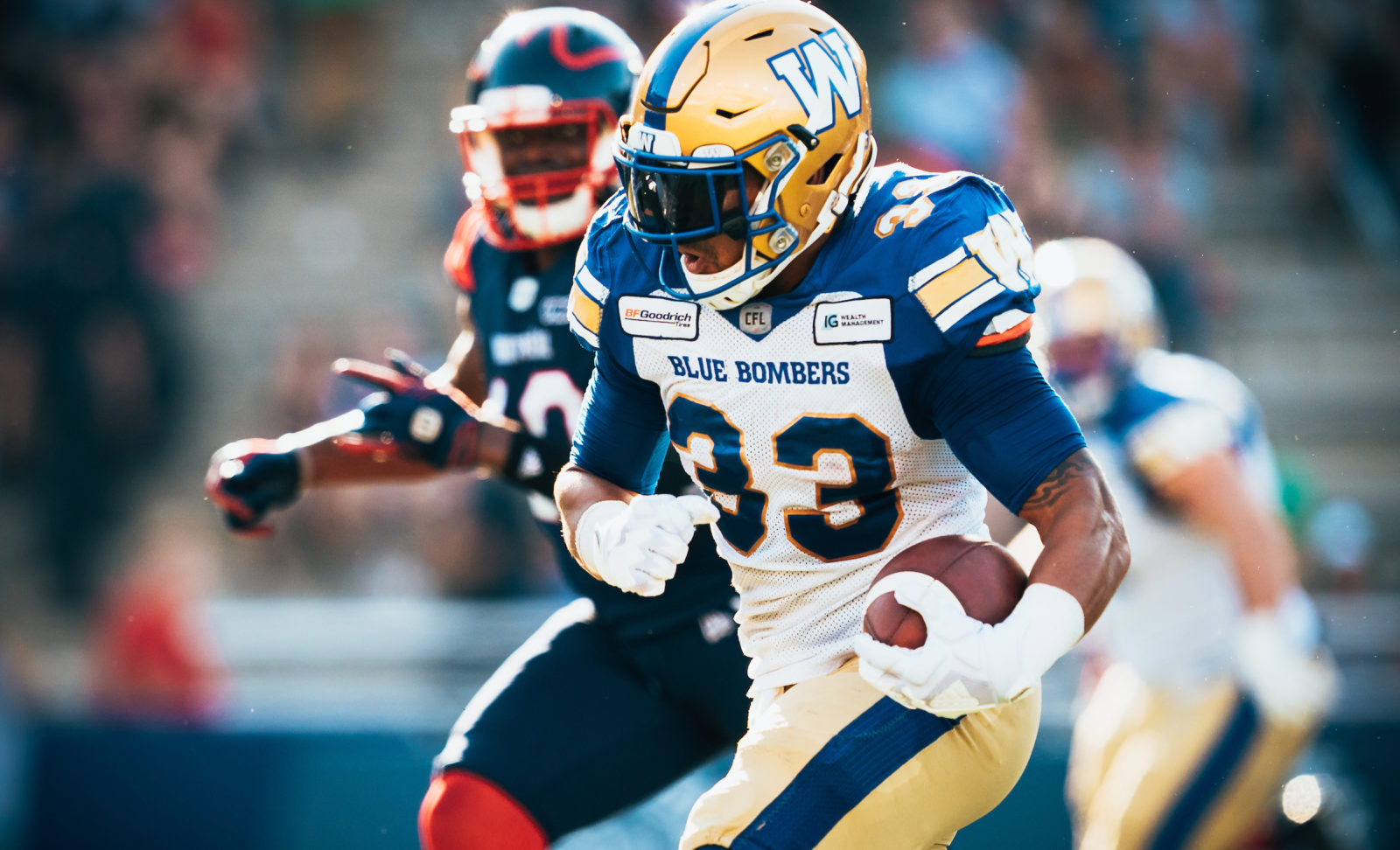 It was a vicious gut-punch and a swift kick to the nether regions at the same time.

And even worse for the Winnipeg Blue Bombers following Saturday’s horrific 38-37 loss to the Montreal Alouettes is just how many of their nasty wounds are self-inflicted and just how familiar it looks to similar setbacks this season.

Given the chance to punch their ticket to the playoffs with a win, the Bombers built a 34-10 lead in the first half before the Alouettes rallied with a 21-point fourth quarter – including a 15-yard Vernon Adams, Jr.-to-Jake Wieneke touchdown with 11 seconds remaining – in what was a comeback for the ages for Montreal and its faithful.

On the other side, the blown 24-point lead was the largest in Bombers history, eclipsing a 20-point margin coughed up in a loss to the Edmonton Eskimos in 2013.

“We need to figure out what the hell is going on as far as us… I heard Andrew (Harris) use the term ‘We took our foot off the gas’ but I think it goes way further than that because you’re up 24 in the second half and you let your foot off the gas and you’re probably in pretty good shape.

“But we’re doing something to hit the brakes on ourselves and we need to figure out what the hell is going on.” 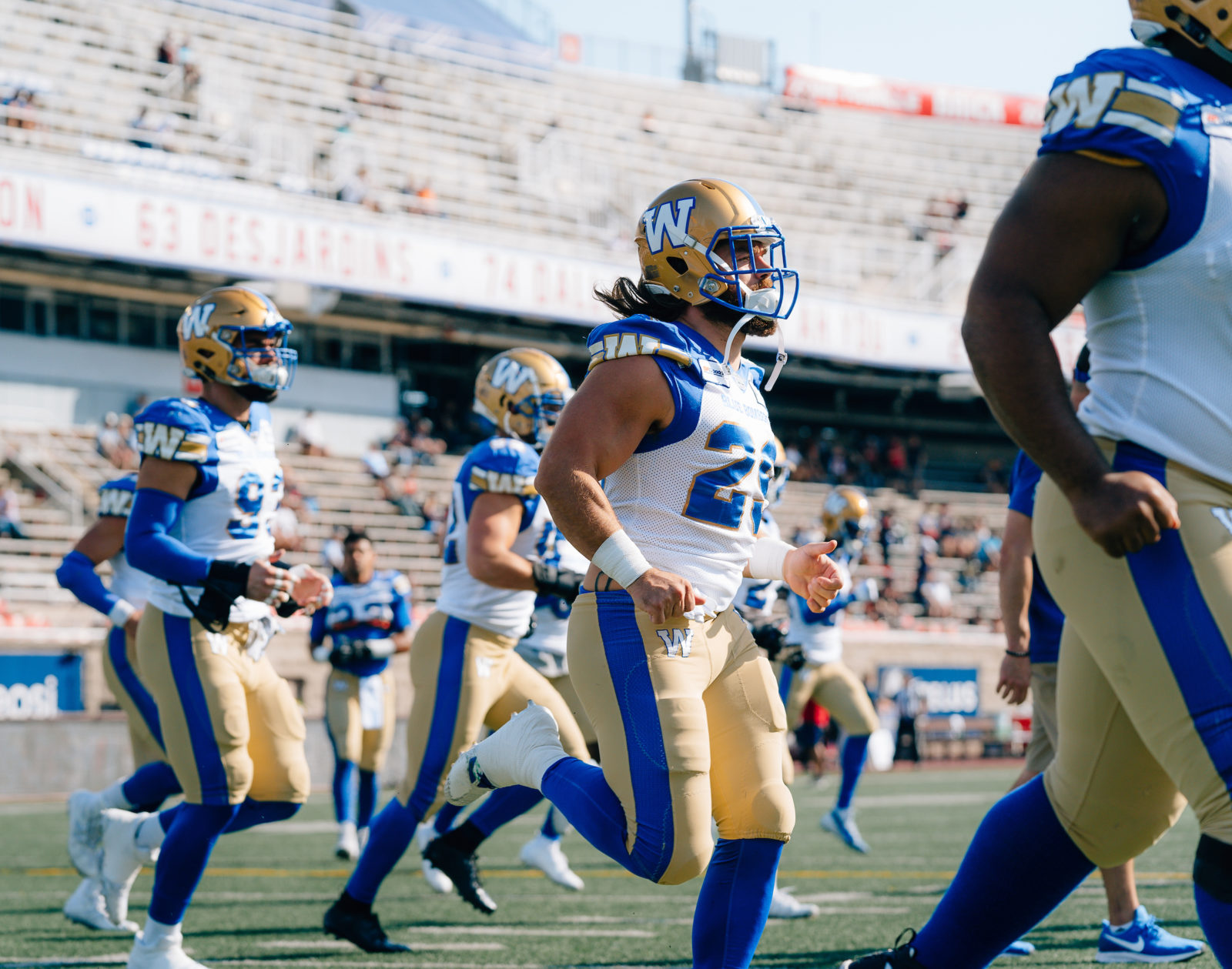 The collapse stings in the here and now, but in the big picture it is a colossal lost opportunity in the fight for first place in the West Division. A victory would have clinched a playoff spot for a fourth consecutive season, but also kept the Bombers atop the standings. Instead, Winnipeg is now tied with the Calgary Stampeders with a 9-4 record, just two points up on the Saskatchewan Roughriders, 8-4 and on a bye this week.

“It was a monumental collapse,” said Bombers head coach Mike O’Shea. “We played a team that really believes in what they’re doing and we maybe under-estimated that. Obviously another drive, a few more points in the second half and one more stop and it’s different. But, you don’t want it to come down to that. I thought we were in pretty good command of the game early and we didn’t play the second half like that.”

The game truly was a tale of two halves for the Bombers, who were almost perfect in building the 34-10 lead. Winnipeg scored touchdowns on its first four possessions – a Chris Streveler one-yard run, a Streveler-to-Darvin Adams TD strike, a Streveler 38-yard run and then another Streveler keeper for a score – and even got a defensive score on a Kyrie Wilson fumble recovery, but were out-scored 28-3 after that.

It was Adams, Jr. who was critical in the comeback, thrilling the 19,070 in attendance at Percival Molson Memorial Stadium by completing 27 of 43 passes for 488 yards with four passing touchdowns and rushing for another. He found gaping holes in the Bombers secondary repeatedly, and to rub further salt in the wounds, two of his passing TDs were to Chris Matthews. 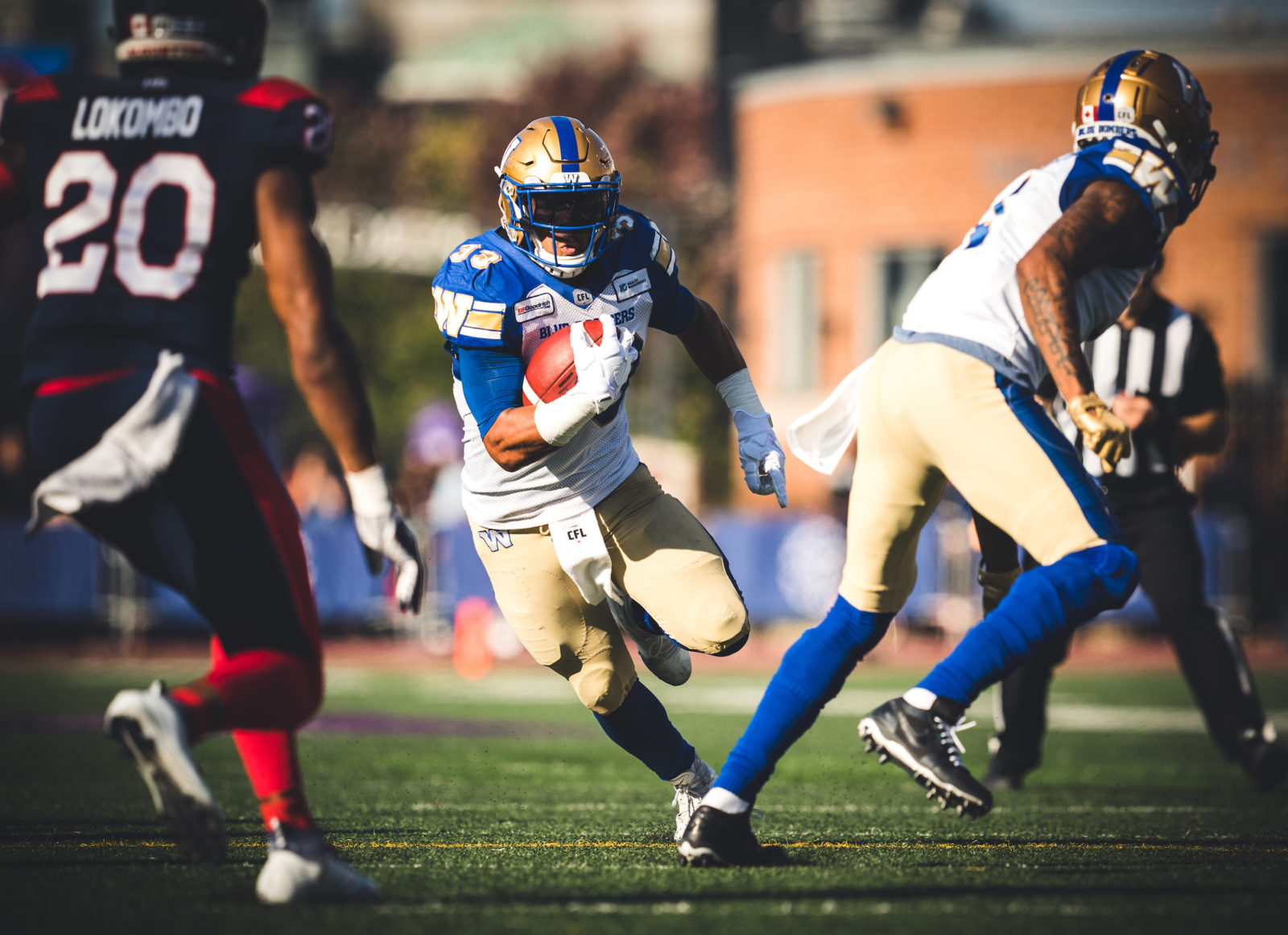 Lost in the massive collapse was the return of Andrew Harris and his contributions, as he rushed 12 times for 76 yards and pulled in five passes for 112 yards. Given the salty comments by Alouettes defensive end John Bowman on Friday, the work of Harris in a victory would have been a compelling sub-plot. Instead, it becomes an almost-afterthought in the defeat.

“That was tough,” said Harris. “I mean, we were so dominant in the first half and really just took our foot off the gas there and let that one slip away. It’s definitely a learning lesson here, a lesson learned and at the end of the day all three phases had moments in the second half where there were letdowns.

“We weren’t able to make enough plays to finish on offensive drives, the big plays and mistakes we made on defence and on special teams. All three phases we’ve just got to be better.”

The offence managing just three points in the second half is the evidence of that, but so, too, was a missed convert by Justin Medlock – ending a streak of 104 consecutive, and a 53-yard field goal attempt that clanged off the upright – while the defence had Montreal backed up to their own 16-yard line with 62 seconds left before Adams, Jr. found Quan Bray for a 60-yard gain before the heroic game-winning strike to Wieneke.

“Tough to swallow,” said Streveler, who was a solid 19 of 22 for 180 yards with one TD and one interception while rushing nine times for 84 yards and the three scores. “Didn’t make enough plays to close it out there at the end.

“We’ve got to learn from it and get better, for sure. The interception at the end of the first half (which led to an Alouette TD) was a big mistake, kinda gave them momentum going into the half and we just didn’t make enough plays in the second half. I’m kicking myself about the interception and just the whole second half. We made enough mistakes to let them back in the game.” 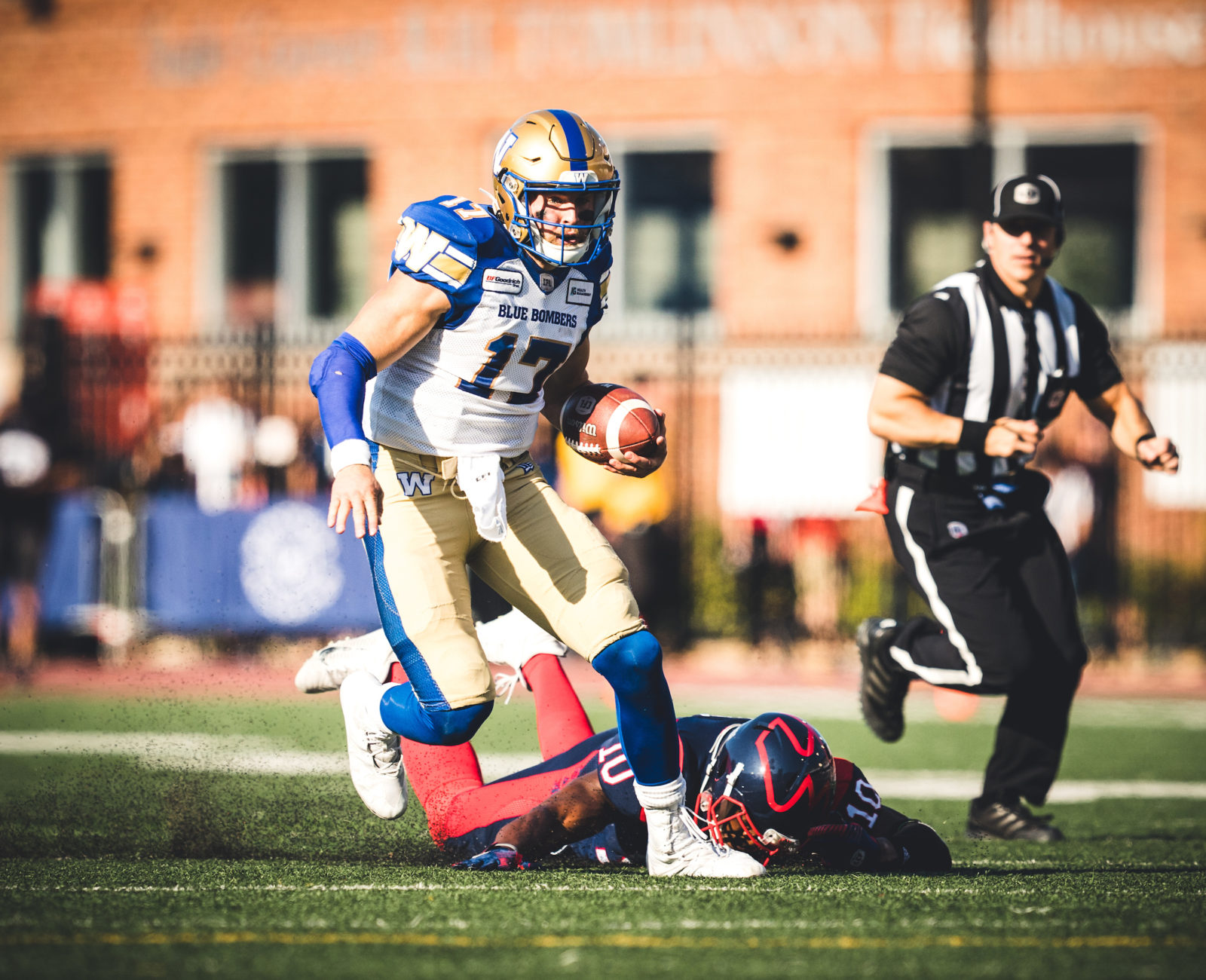 The Bombers surrendered 21 points in the fourth quarter as part of the largest blown lead in franchise history.

74: Darvin Adams completed a 74-yard pass to Andrew Harris in the first half, the third-longest pass completion for the Bombers this season.
2: Rushing yards by Montreal’s William Stanback, on five carries.
266: Combined receiving totals for Als receivers Jake Wieneke (134) and DeVier Posey (132).
4: Sacks by the Bombers, including two by Adam Bighill, with one each by Anthony Gaitor and Craig Roh.

The Bombers re home next Friday night against the Hamilton Tiger-Cats on a night in which Bob Cameron will be added to the club’s Ring of Honour. Winnipeg will play two of its next three games at home, with a trip to Saskatchewan on October 5th  followed by a visit by the Alouettes on October 12th.