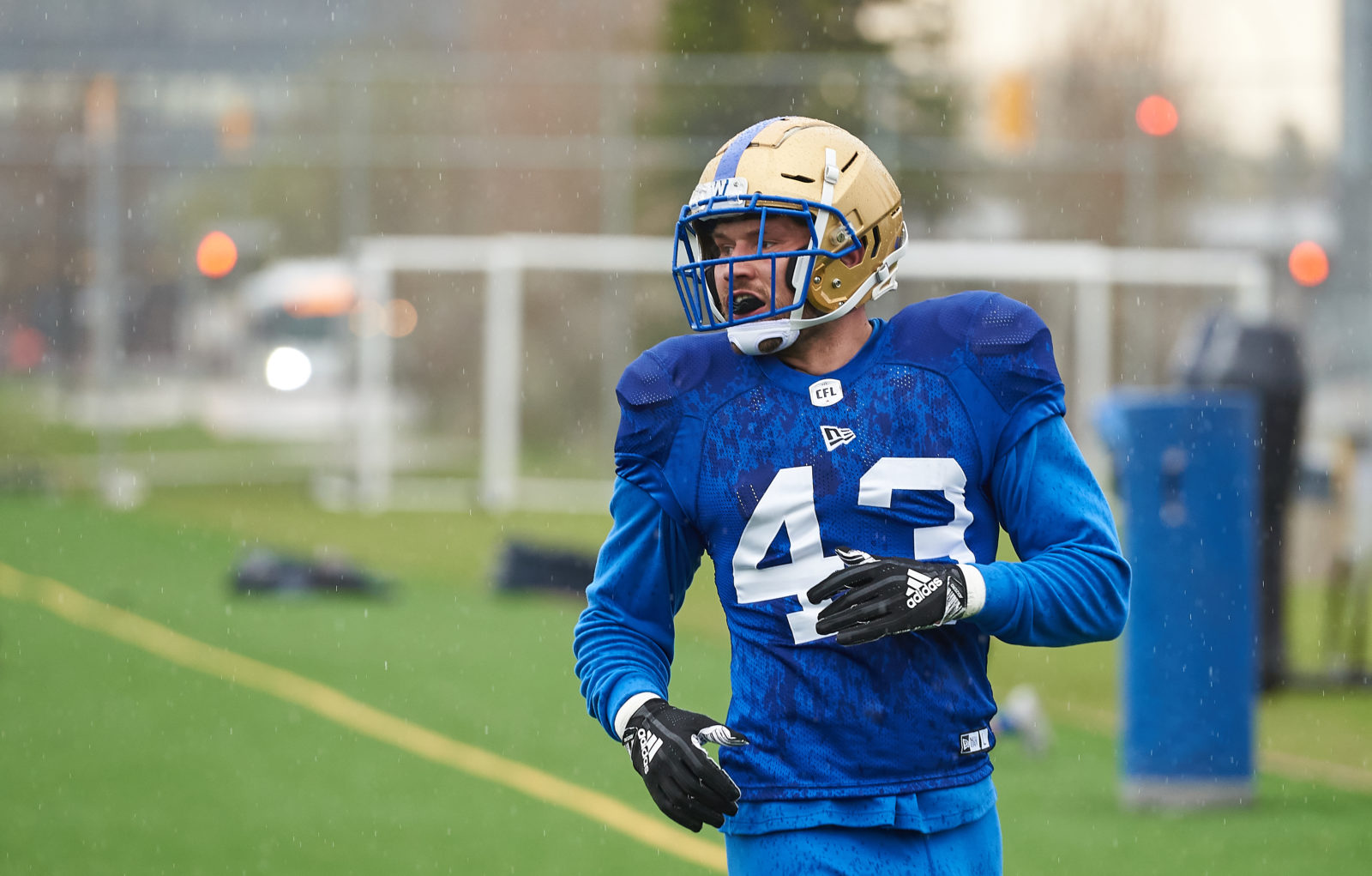 Thiadric Hansen figured he was done with football a year ago, until a buddy convinced him to give the game he loved one more season.

And now that decision could become life-changing for the German-born linebacker here at Winnipeg Blue Bombers rookie camp. Hansen, 26, now has a real shot at earning a spot with the club courtesy the Canadian Football League’s new ‘global’ player designation, which has been negotiated into the new collective bargaining agreement.

He is one of four global players in camp, along with three prospects from Mexico in kicker Gabriel Amavizca Ortiz, linebacker Manuel Hernandez-Reyes and defensive back Sergio Schiaffino Perez.

“It’s a once-in-a-lifetime opportunity,” said Hansen after practice Thursday. “I actually thought last year was my last year of football, but I had a friend of mine say ‘Just do one more year’ and it worked out alright. It’s amazing to have a job doing what you love and to have an opportunity to compete and get a job like this.”

Hansen was working as a school bus driver when his coach with the Potsdam Royals reached him on the phone. 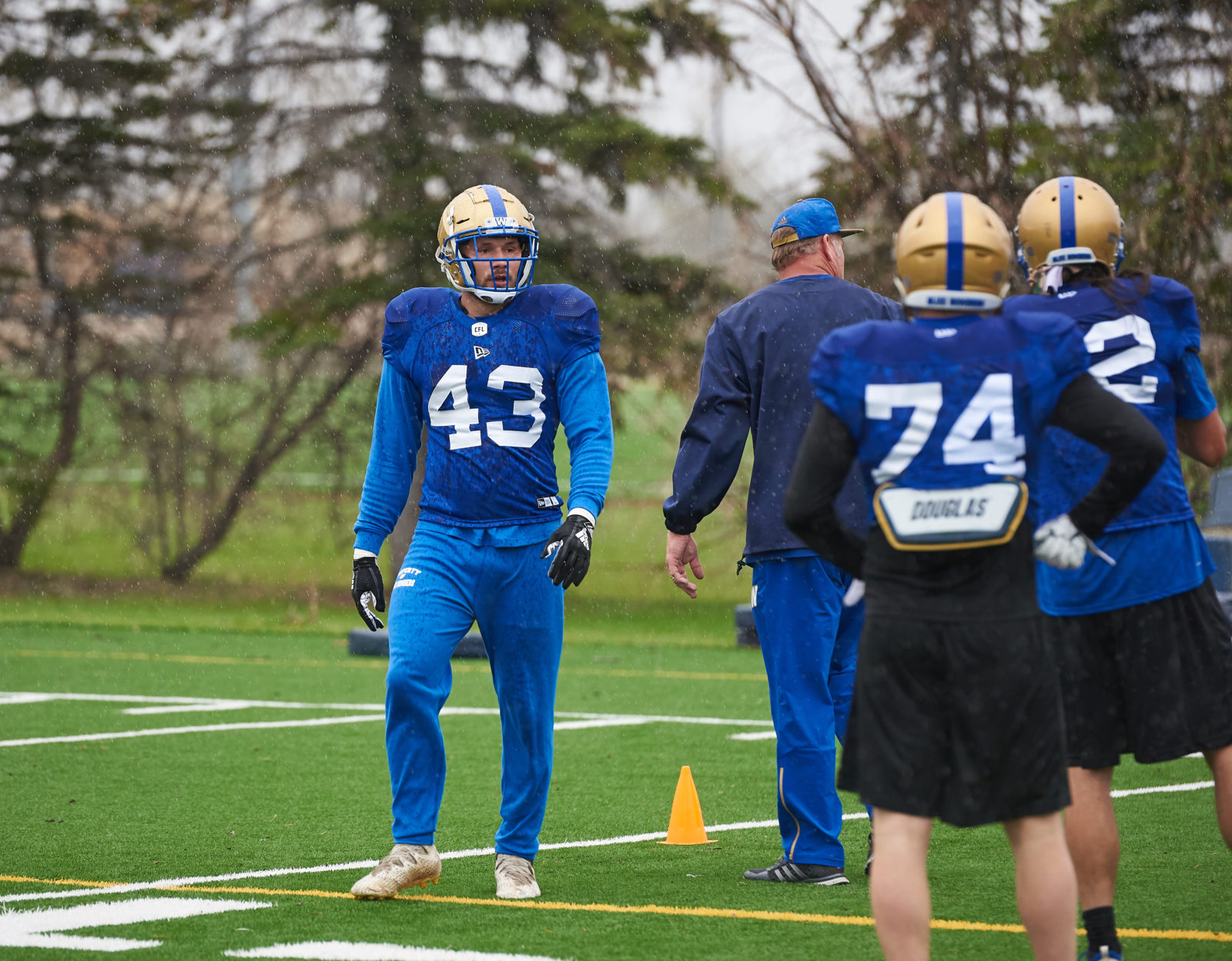 “They called me and my head coach said that the CFL wanted to invite me to the (National) combine,” said Hansen. “ I couldn’t believe it… actually, I thought he was joking. But he said it was real. It was amazing. Soon after I went home, I went to the gym and started getting in shape and now I’m here.”

Hansen arrived a few days before the other rookies in camp, giving himself enough time to adjust for the jet lag. He said the first day of camp – the overall speed and trying to dive into the playbook – felt like a ‘wake-up call.’ But he was more comfortable on Thursday.

Fact is, Hansen has a legitimate shot at landing a real job here with the Bombers thanks to the new global designation, which will expand the roster to 45 and be separate from the nationals and internationals.

“I’m not trying to focus on that,” he said. “I’ll compete with all the linebackers at my spot and all the special teams players. I don’t want to just be on the roster because there’s a global spot. I want to earn my way. I’m not focusing on there being an extra global spot, I’m just trying to make the team regardless.”

“Like any player it’s a little early. I’ll say this: they all come with a few attributes that allow them to be out here and allow them to compete and not feel out of place. They’re all self-aware and understand that the speed of the game is a little different. There are things that they need to work on, but they’re all prepared to do that.

“I said this a lot earlier when we went down to Mexico and when we saw the Europeans at the combine – they have a gratitude they express for football, not just for the opportunity but for football itself. They’re giving a lot back to it, so they’re a pleasure to coach. They learn quickly and if there’s any language barrier, it’s not in football. They speak football language and have been in the game for quite a few years.

“It’s been a great experience and these guys are good for the room, too, because we’ve got a lot of diversity in that room and I think it’s an eye-opener for the guys that football’s being played all around the world.” 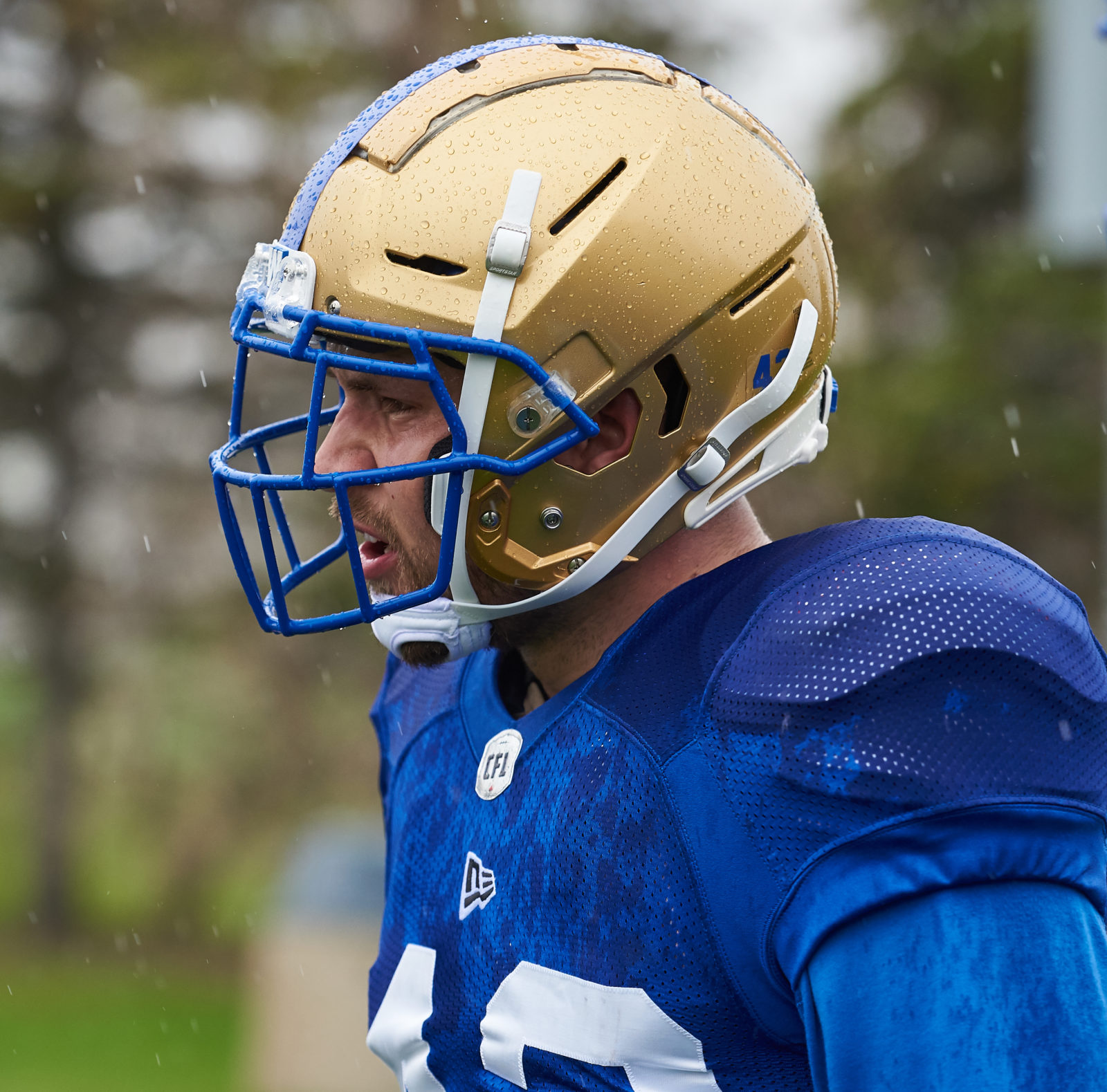 WR Corey Washington is not in rookie camp, but expected for main camp on Sunday… DL Jonathan Kongbo, the University of Tennessee product, is expected on Friday. He is the lone member of the 2019 draft class yet to sign… Among the stand outs on Thursday were WR/KR Lucky Whitehead, WR/KR Charles Nelson, DT Connor Griffiths, C Tui Eli, DL Tariq LaChance, RB Brady Oliveira… Whitehead, Nelson, DB Mike Jones and WR Tim Wilson were all taking turns returning kicks on Thursday.

The receiver and defensive back groups continue to stand out in camp, as many of them did at the recent free agent camp in Bradenton, Fla.

“I like our group, I really do,” began O’Shea when asked about the receivers. “Down in Tampa there were a lot of bright spots, guys that could come in and compete right away. You saw it in three practices (in Florida) and we’re seeing it right now. It may look a little different. It might take a practice or two for them to get up to speed again when the vets roll in.

“There are some defensive backs out there that have a real strong handle on what we’re doing.”

O’Shea was asked for his initial impressions of guard Drew Desjarlais, one of the club’s two first-round draft picks.

“The first rep that I got up close and personal down here (near the O-line and D-line) yesterday he had a guy on the ground pretty quickly,” O’Shea said. “He’s got a real thick lower body, he’s real strong and got a nice mean streak and is a real nice kid off the field. But as with every young guy, they’ve got some things they’ve got to work on and we’ll see how quickly he progresses.