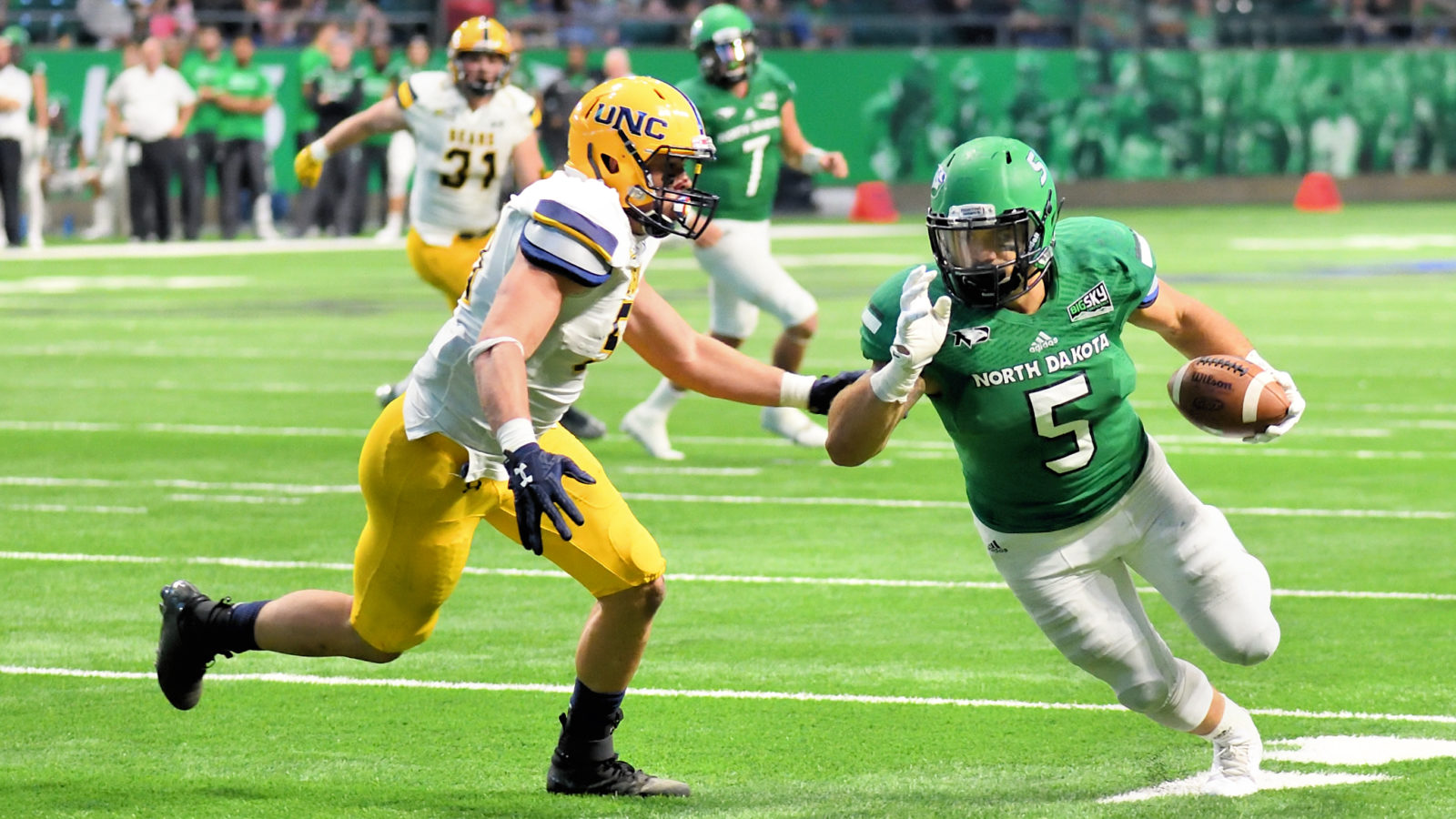 It might be more than a little melodramatic to suggest it was fate that led to Brady Oliveira being all decked out in a Winnipeg Blue Bombers T-shirt and sporting a size-large smile Friday morning.

Yet, there was the native Winnipegger – another in the line of Oak Park High School products now in the Canadian Football League and the third with the Blue Bombers – standing in front of a room full of reporters and wearing the colours of his hometown squad, just hours after the club selected him in the second round, 14th overall, Thursday night.

“I’m extremely thankful and I thank the man upstairs with blessing me with another opportunity in my football career. I’m just excited to get going.” 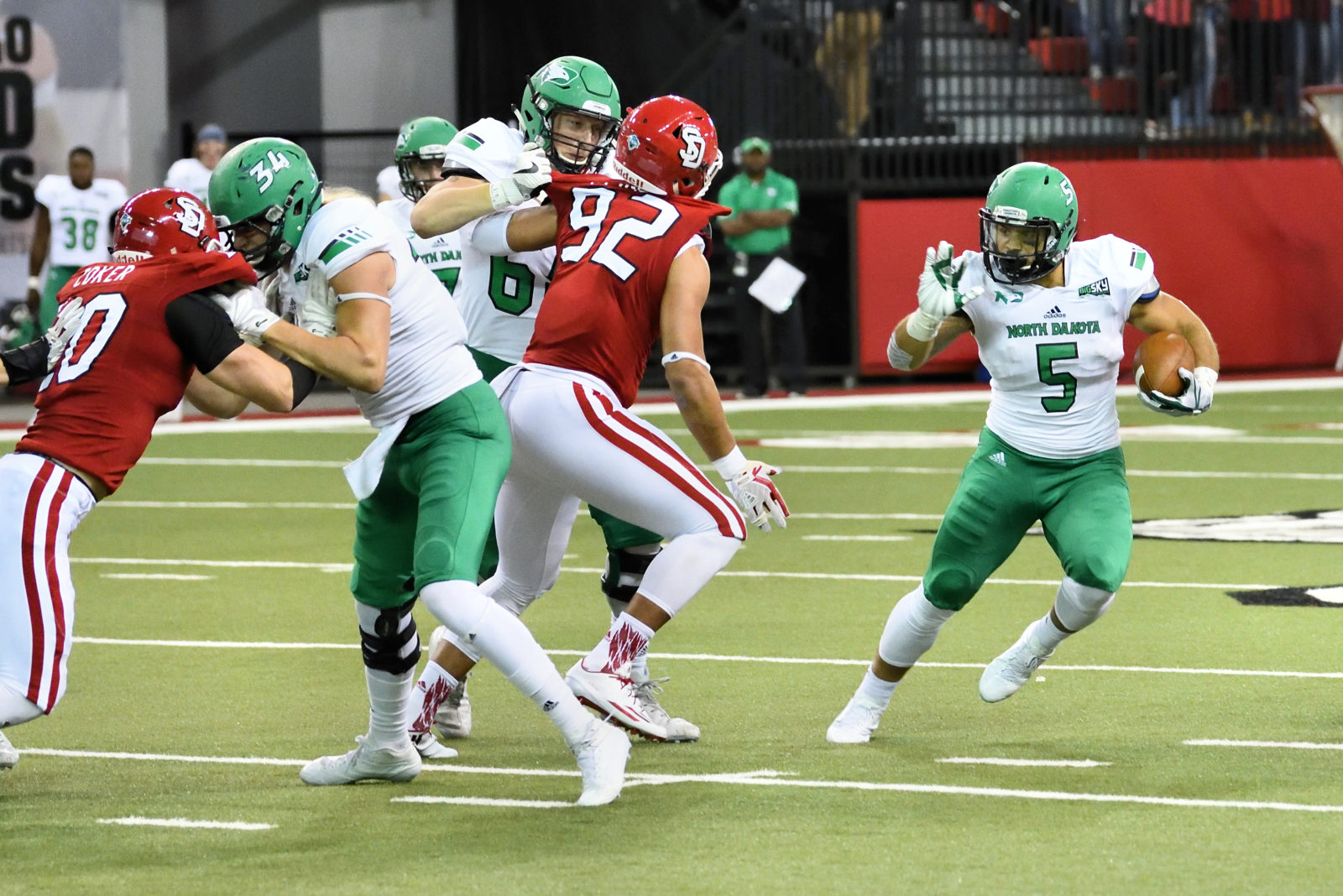 The feeling is mutual, it would seem, as the Bombers like the fit Oliveira could bring to the backfield. Veteran Andrew Harris is showing no wear on his treads at age 32, having captured the last two CFL rushing titles. But in Oliveira and Johnny Augustine the club have a pair of potential heir apparents to Harris if they want to stay Canadian at the tailback spot. There’s a lot to like about Oliveira’s game as a physical runner who hits the hole hard and is a one-cut, straight ahead ball carrier.

And if that sounds similar to the way Harris runs, that’s hardly coincidence.

“I’m honoured to work behind such a talented running back like that,” added Oliveira, who said Harris, Nic Demski and DJ Lalama – all products of the Winnipeg High School Football League – reached out to him Thursday night after his selection.

“I think it’s going to elevate my game even more, just by learning from a CFL great like that. I’m excited to get to work with Andrew. He’s been a role model for me and a guy I’ve looked up to. He’s a guy that I want to follow in his footsteps and be the next Canadian great running back in the CFL.”

Oliveira had a hunch he might land with his hometown squad, having met with some of the Bombers management prior to the draft. He said all the right things on Friday about finding his role behind Harris on the depth chart, and being willing to contribute on special teams.

But there’s much more to Oliveira’s game to suggest he could morph into a starter. He played 42 games at North Dakota, cranking out 2,822 yards and 22 touchdowns and was a finalist last year for the Jon Cornish Trophy, presented to the most outstanding Canadian player in college football.

Asked to describe his style, Oliveira called it “physical and violent” adding, “I like to be the hammer, not the nail and impose my will on defenders. That’s what I’ll do the first day I step on this practice field, every game I play until the last time I leave here.

“I’m going to make my presence known to other teams in the league and I take pride in that. I do extremely well catching the ball out of the backfield and with me being a bigger back I can be trusted by my peers, my teammates and my coaches to step up there protect the quarterback and also run block.

“I think I have a good arsenal as a running back and I’m excited to show the whole world what I can do.”

Another layer to the Oliveira-as-a-Bomber-as-fate angle…

Oliveira was first a soccer player in his youth and turned to football as a member of the North Winnipeg Nomads when he was 13.

“It’s kind of a crazy story how it all happened,” said Oliveira. “I had been playing soccer my entire life and the football coach with the Nomads at the time was also one of my soccer coaches. His name is Ron Skorpad and if it wasn’t for him I don’t know if I would have ever played the game of football.

“Long story short, he actually came and knocked on my door one day and talked to my mom and said, ‘Hey, there’s an injury, someone went down. Can Brady come and just try it out?’ Previously he had kept asking my parents if I could play football and said he thought I could be great at it.

Interestingly, Oliveira becomes the third Oak Park Raiders player on the Bombers, joining Harris and Demski. And, according to CFL diehard @Stats_Junkie, you have to go back to 1946 to find a similar situation. Back then, four former Kelvin High School players – Doug Gauthier, Harry Hood, Bud Irving and Don Smith – all played for the Bombers.

“I was wondering if that had ever happened here, specifically,” said Oliveira. “I’ve been getting a lot of texts and someone brought that up this morning – three Oak Park kids on one team. That’s something special.”