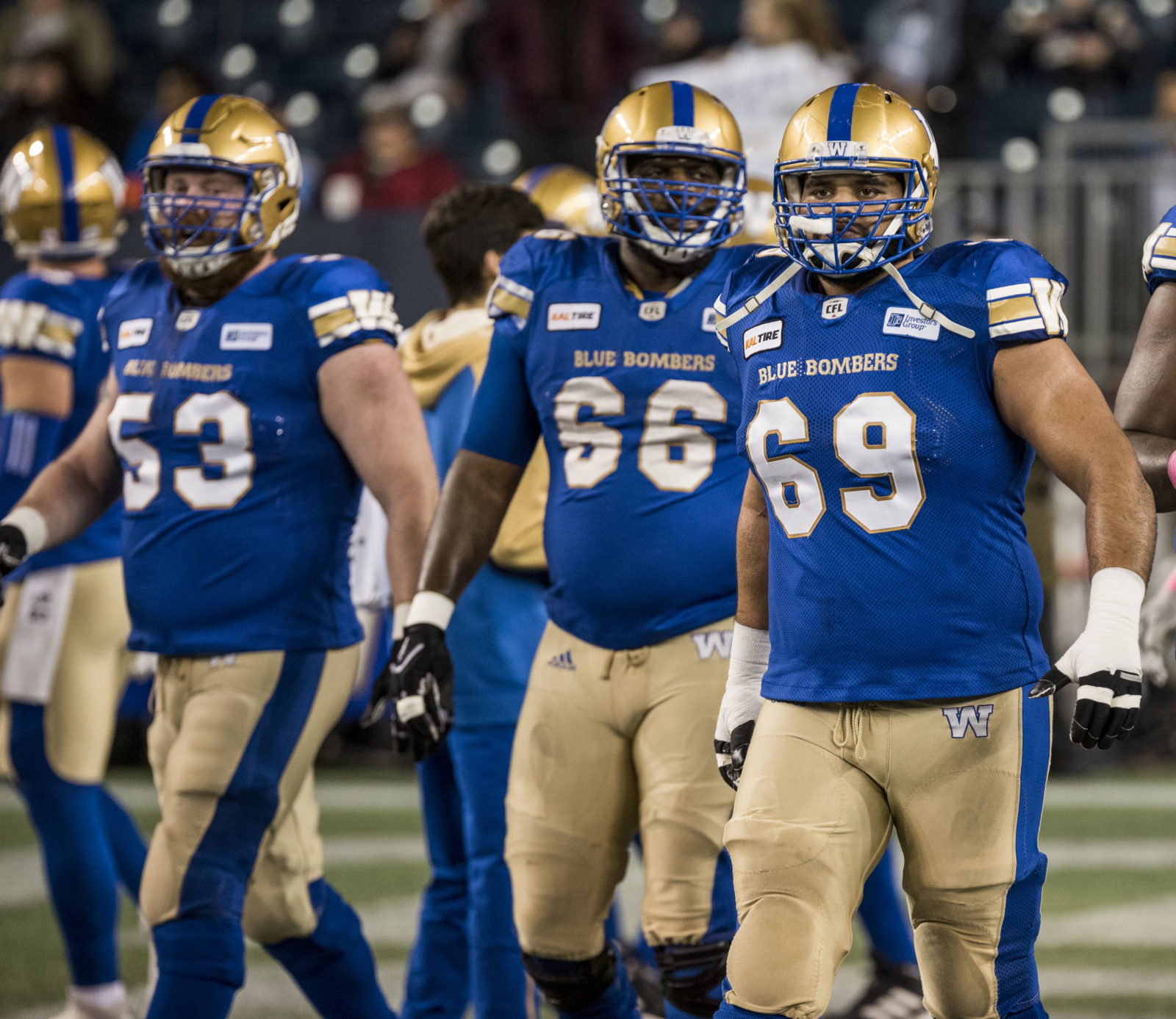 EDMONTON – There was laughter and there were tears. And as the Winnipeg Blue Bombers – 2018 edition – gathered together in the locker room they’ve called home over the last seven months, there was also a sombre tone.

This crew knows how football works: there will be changes. There always are, and especially so with all the uncertainty that comes with an expiring collective bargaining agreement and the rise of the new rival Alliance of American Football league down south.

Even though the wounds are still fresh from Sunday’s West Division Final loss to the Calgary Stampeders, there is some sense of accomplishment for a team that made the playoffs for the third consecutive year (a first since 2006-08), posted its third-straight double-digit win campaign (a first since 2001-2003), and has three players – Adam Bighill, Andrew Harris and Stanley Bryant – who will be in Edmonton for the Grey Cup as Most Outstanding Player Award finalists.

But any season that doesn’t end with champagne showers in the locker room is also viewed with some disappointment, particularly in these parts.

How do the Bombers take that next step, the one that has failed them dating back to 1990, and into the winner’s circle?

As painful as it may be, it’s important to begin looking ahead to 2019 while still dealing with the end of 2018. With all that in mind, bluebombers.com offers up a look at the main questions/issues the club must address to end the long championship drought… 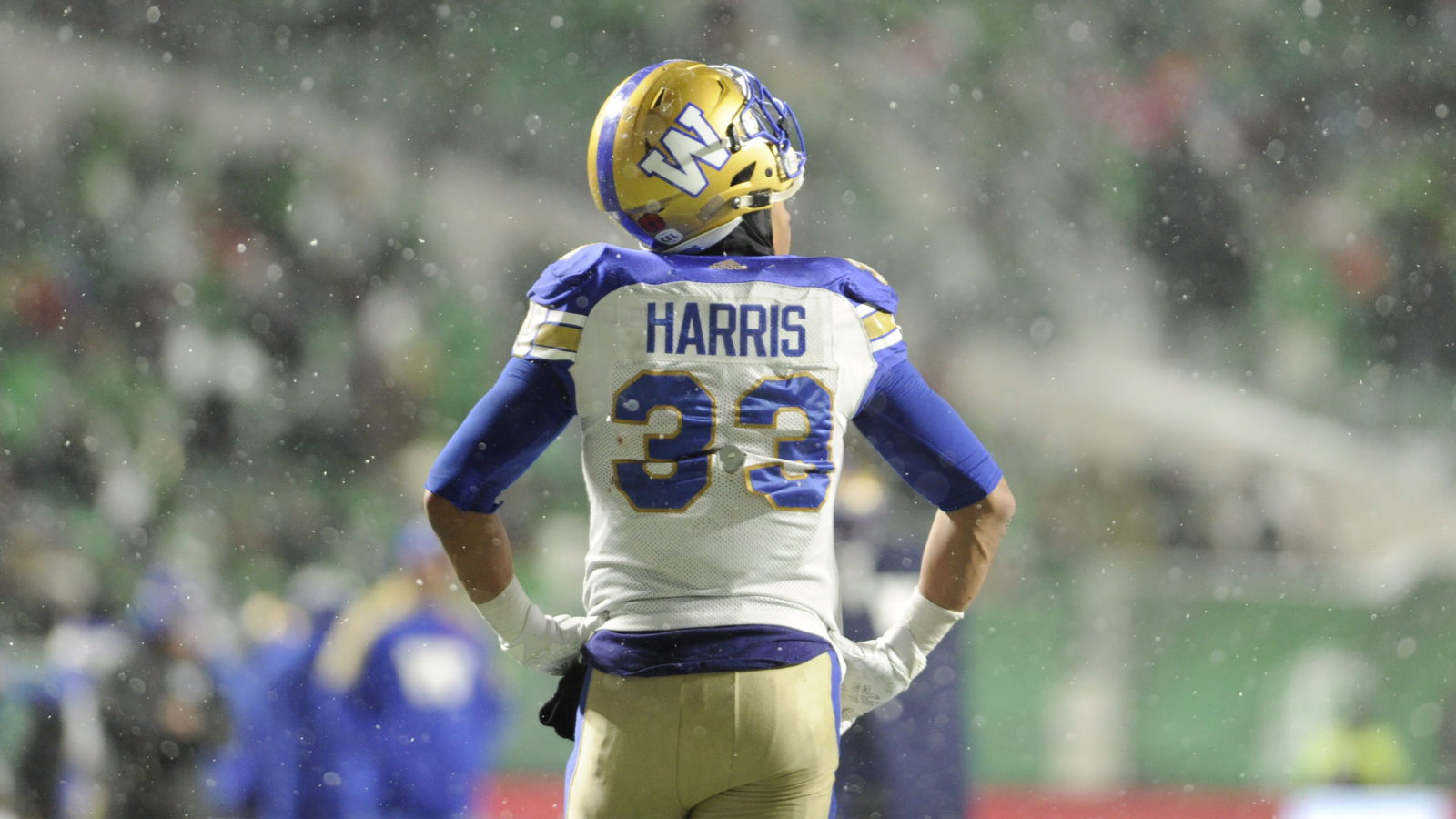 The Bombers free agent list is long and it is meaty. That’s not unique to the Canadian Football League, what with the labour uncertainty on the horizon. But analyzing this issue should almost begin with who is back before we look at the impending free agents.

So that leaves a number of starters uncommitted as of right now including:

That, in short, is a whole pile of talent who made significant contributions in 2018 potentially heading into free agency.

“All of that… there’s just a lot of uncertainty,” said Nichols when asked about the expiring CBA coupled with the annual changes through free agency. “I just think the best thing about it all is with the kind of culture we’ve built around here and Coach O’Shea has built around here, it makes it a place where guys want to be. So whenever the CBA gets finalized, I know that that core group that’s been here the last few years that has been getting better and better every year and getting closer and closer, those guys want to be a part of what we have going here. I’m fully confident that most of this team will look the same as what it was this year.

“Guys want to be here and that goes a long way when you start looking around at other teams and other options. You start hearing about what other guys are saying around the league about other organizations and this is a place that people want to be.” 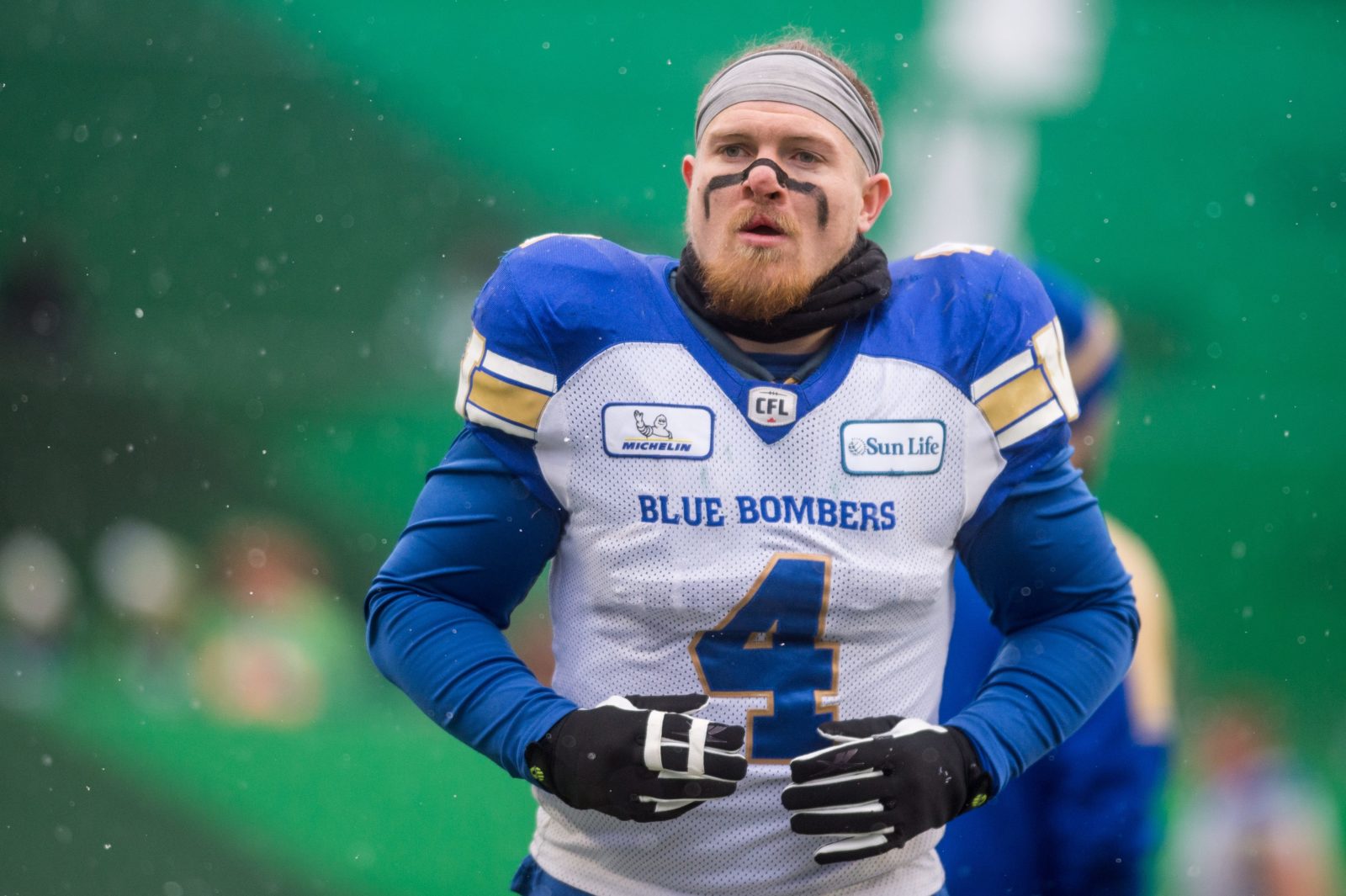 THE BIG ONE – BIGGIE BACK OR BOLTING?

The Bombers management, teammates and the rabid fan base have made no secret of their desire to see LB Adam Bighill back. We don’t need to trot out all his defensive numbers here – they’ve all been well documented – but the man who seems certain to win the CFL’s Most Outstanding Defensive Player Award on Thursday night is clearly at the very top of the team’s priority free agent list.

It’s not just what he did between the white stripes on game day, it’s the attitude he brought to a defence that was dramatically improved in 2018. He was dominant, and he made those around him improve, too. Here’s the uncertainty: as much as Bighill raved all season about the environment he walked into as a late addition in mid-May, just a few days before training camp, he also has some serious ties to Vancouver.

His wife is from there and they still have a home there. This won’t necessarily be just about the money and how high the Bombers pile it up for him. As Bighill explained Monday, this is about family first.

The question right now is, can the B.C. Lions make room for him to return? Veteran middle linebacker Solomon Elimimian took a pay cut to return last season and is under contract for 2019. The Lions played Canadian Bo Lokombo, a pending free agent, at the weak-side linebacker position while recently re-signing another Canadian who can play both the middle and weak side in Jonathan Herdman. 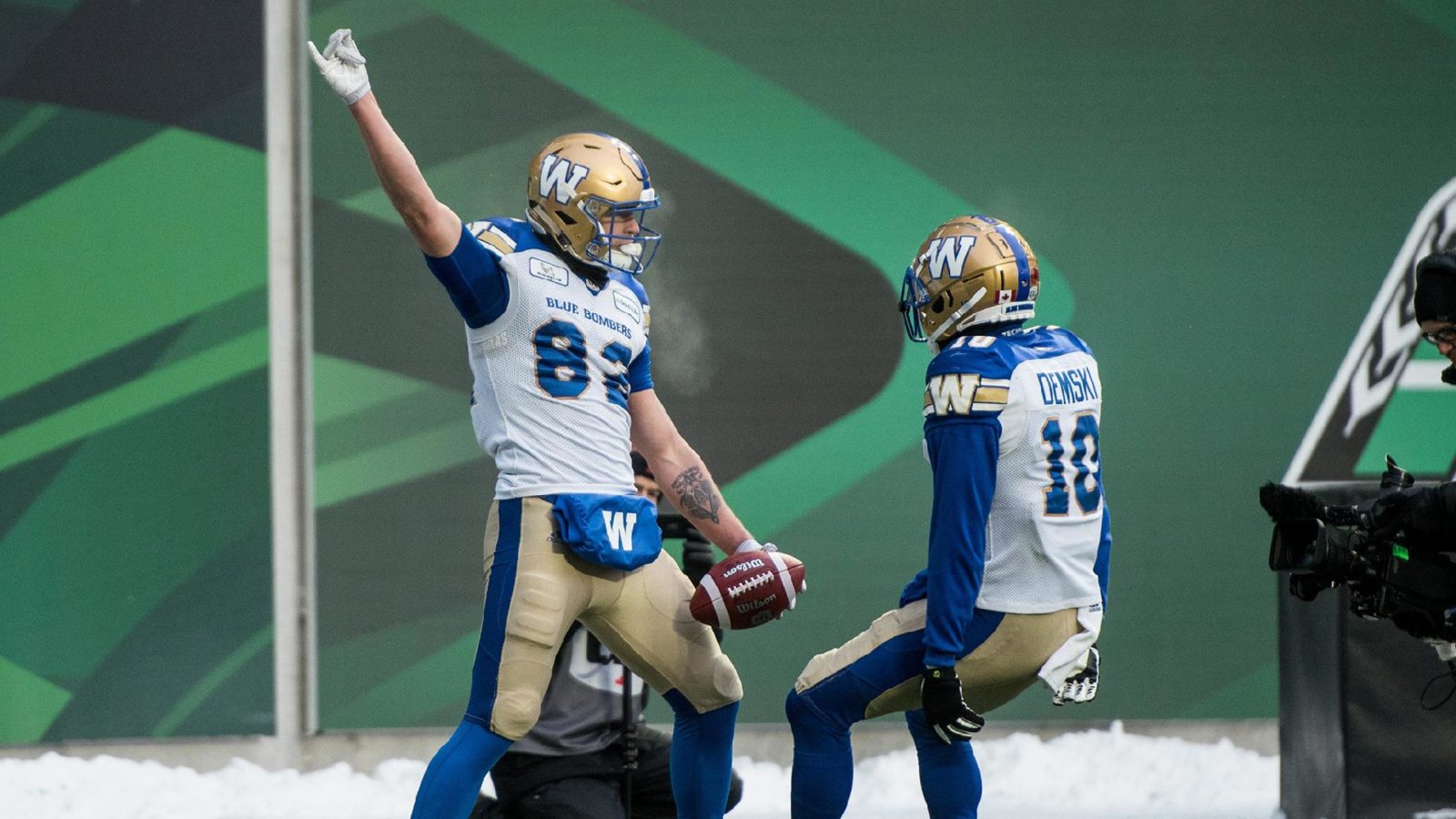 Interestingly, it’s here where some of the impact from the annual salary-cap squeeze could be felt. The Bombers are very high on Couture and see him as a future starter, while Jake Thomas is one of those underrated ‘glue guys’ in the room. But teams often turn over the bottom of their roster with younger and cheaper players to play special teams and that could make some of the Canadians who make a living on special teams vulnerable.

Worth remembering: the Bombers do have two first-round picks in 2019 – their own, and the pick belonging to B.C.

Offensive coordinator Paul LaPolice always gets attention at this time of the year and will undoubtedly have his name linked to the openings in Toronto and B.C. and possibly in Montreal, if the Alouettes move on from Mike Sherman.

He’s been a head coach before, taking the Bombers to the 2011 Grey Cup, and was the architect of an offence that finished first in points scored this year – despite not having Nichols for the first three games of the season – while leading the league in rushing. Those are two juicy lines for the veteran coach to add to his resume.

Two factors come into play now for O’Shea’s staff. First, every coach who has success wants to have as much continuity on his crew as possible, and should LaPo leave, he could take current Bomber assistants with him with the promise of coordinator gigs under him. Coaches are also forever looking around for opportunity, better money and stability in the NCAA, U SPORTS and in the AAF, although the staffs in the upstart new circuit are set.

On top of all this, the CFL is implementing a new salary cap for coaches and football operations, although O’Shea & Co. apparently don’t have many details yet on how that might look.

“No idea yet. I don’t even know what that cap is,” he said Monday. “I don’t know if they have slammed the gavel on that formula yet. So…” 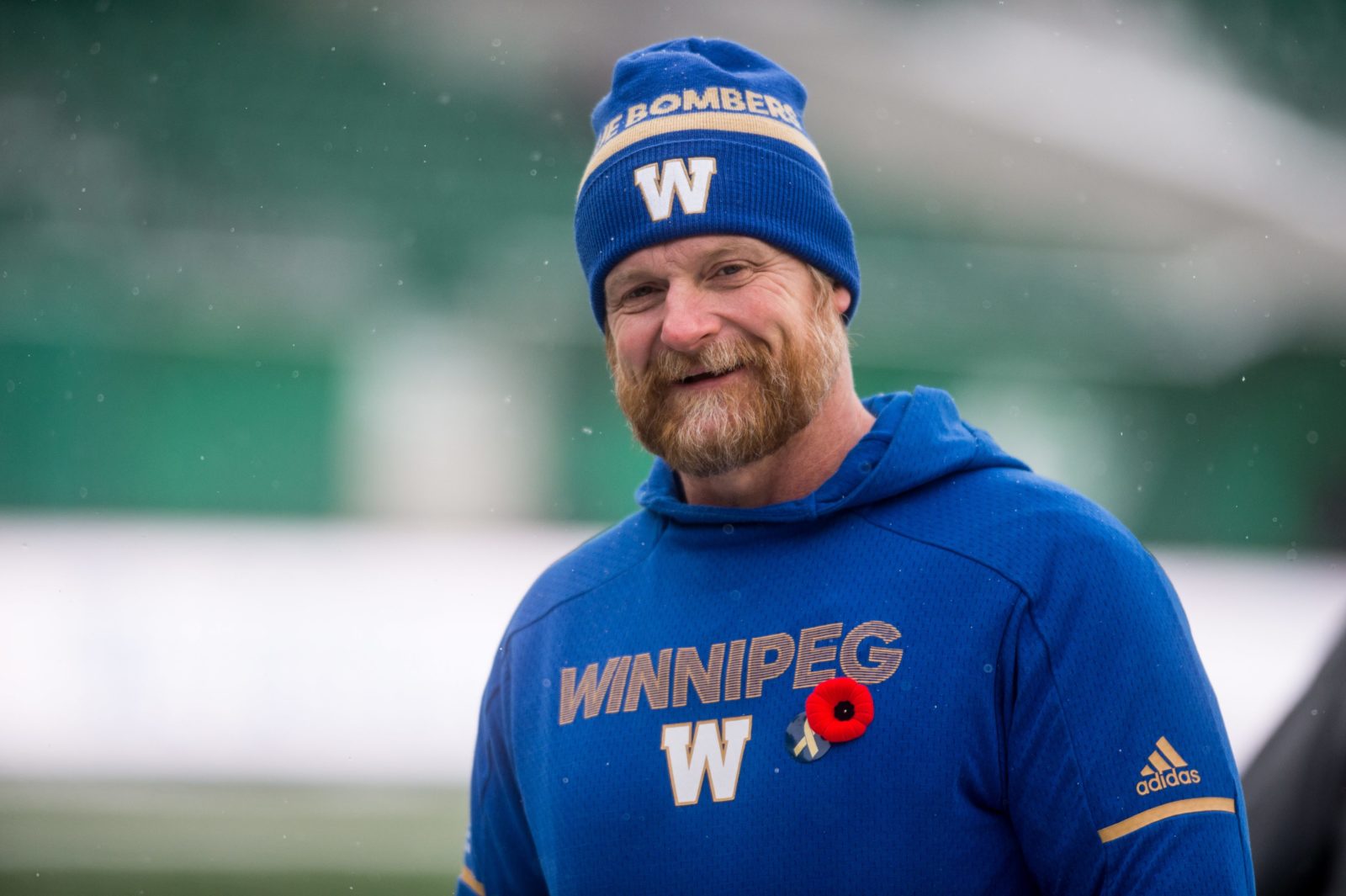 As much as the Bombers can pound the football along the ground like no other team in the CFL, you need to be able to air it out in this league and that was never more evident than in last Sunday’s West Final.

The Bombers have two starting receivers heading to free agency in Weston Dressler and Nic Demski. Dressler can still be productive – he had 45 catches for 535 yards and five touchdowns in 13 games – but he is 33 now and his totals are the lowest since 2014 when he played in only nine contests after trying out for the Kansas City Chiefs.

There is value here off the field, as he is a future coach in this league and has been a valuable tutor for the young charges that come through the receiver room. But how much value?

Asked what may factor into the decisions on his future, he added:

“It’s everything. And honestly, as a player most of the times it’s not up to the player to make those decisions. I want to play and hopefully there are enough people that want me to be a part of a team.”

Demski, meanwhile, returned home to pull in 59 passes for 554 yards and three TDs while rushing 34 times for 248 yards and another score. That’s 802 yards from scrimmage and, including his work on kick returns – 276 on kickoffs and 98 on punts – that’s over 1,000 yards of real estate provided by Demski.

The issue for the Bombers is to continue the hunt for more production and a new star – or to poach the receiving corps of other teams.

Just as a comparison – and we went through this exercise last year – we combined the top three receivers on each team by yardage to see where the Bombers ranked. Although it’s far from concrete evidence and hardly scientific – especially based on some receiving corps being crushed by injuries this year – it does reveal the Bombers could use another consistent threat in their aerial attack, especially with Dressler and Demski pending free agents. 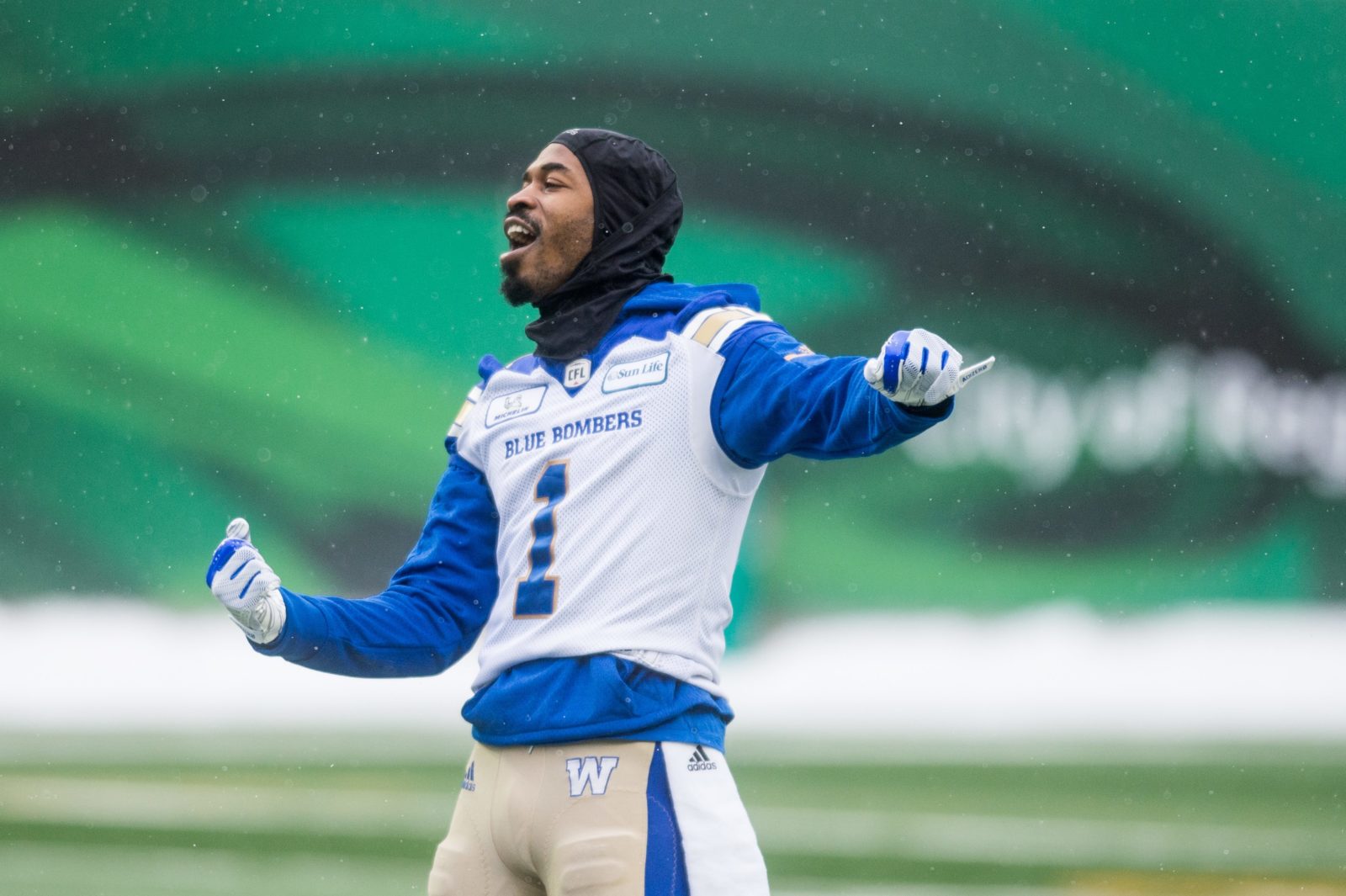 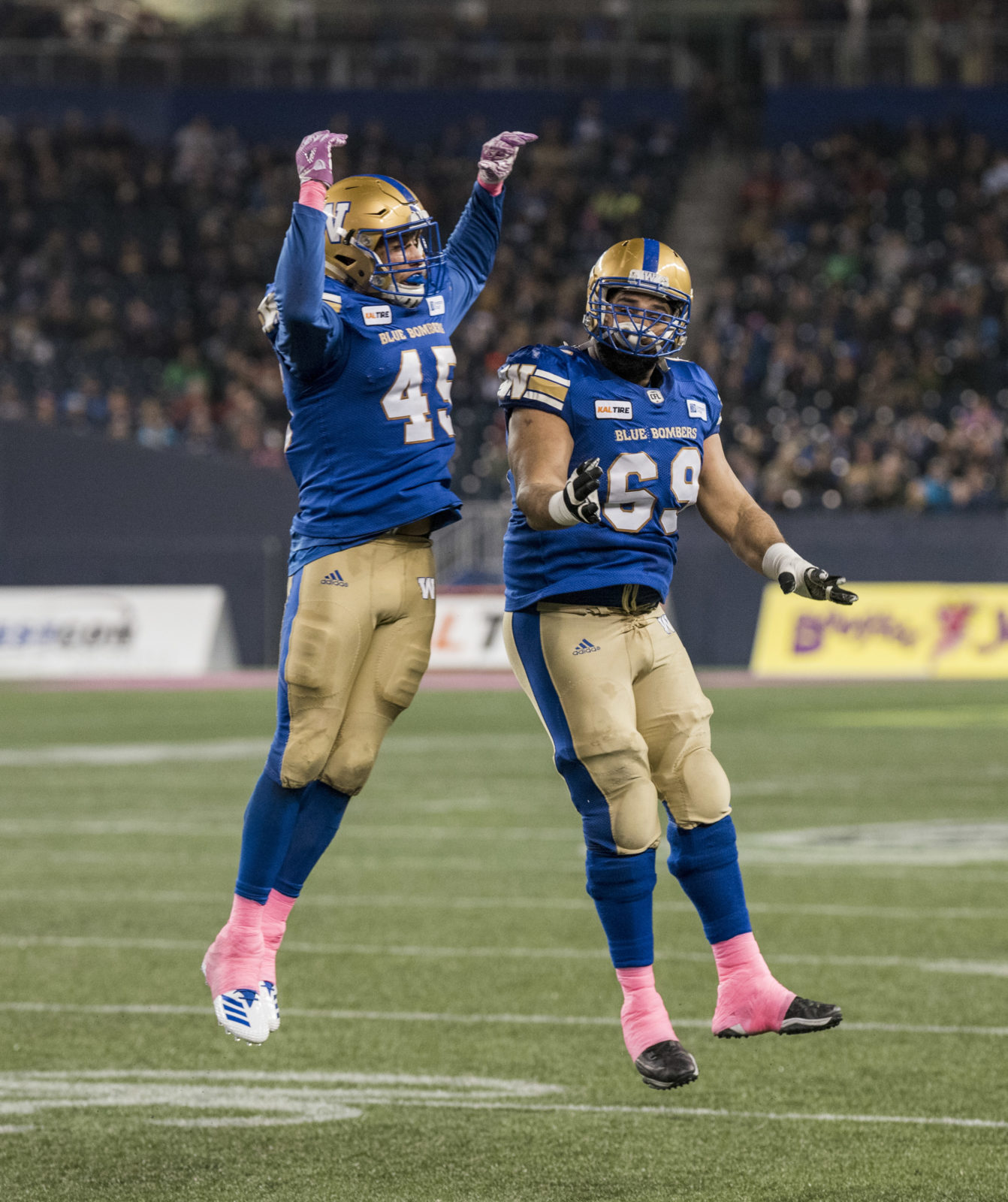 Matt Nichols survived the early-season knee injury that cost him three starts, while Jovan Santos-Knox missed the two playoff games with a broken bone in his left foot and may need surgery. He insisted Monday he would love to return for 2019.

“I love it here,” he said. “Winnipeg gave me my first opportunity to play professional football. So I’m going to do everything in my power to try and stay here.”

Linebacker Adam Bighill played in Calgary with a cast on his left thumb, while Maurice Leggett spoke Monday about some sort of dietary/eating issues that he said prevented him from keeping his weight up during the season. Manase Foketi, Trent Corney, Derek Jones and Frank Renaud all ended the season on the six-game injured list. A status report on the injuries will likely be provided by GM Kyle Walters when he holds his season-ending press conference after the Grey Cup.

Fans in Winnipeg have waited years to see a defence that could stiffen and hold like the Bombers of 2018 did, particularly in the latter chunk of the season.

The club finished second to Calgary in points allowed and underwent a real transformation in 2018. They tied for the league lead in forced turnovers and turnover ratio and were tied for first – with four other teams – for the most sacks in the league, with 45.

Defensive coordinator Richie Hall, who played the pin cushion to the frustration of fans over the past couple of seasons, deserves credit for his work, but what shouldn’t be overlooked – in addition to what Bighill brought – was the influence of O’Shea on the defence and the additions of Jordan Younger and James Stanley to a defensive coaching staff that retained Glenn Young.

But eight of the 12 starters on Sunday are now headed to free agency – Taylor Loffler, Brandon Alexander and Kevin Fogg in the secondary, Bighill and Santos-Knox in the linebacking corps and Jackson Jeffcoat, Tristan Okpalaugo and Drake Nevis up front. That’s a lot of potential turnover for a unit that looked so solid from mid-September to the end of the season. 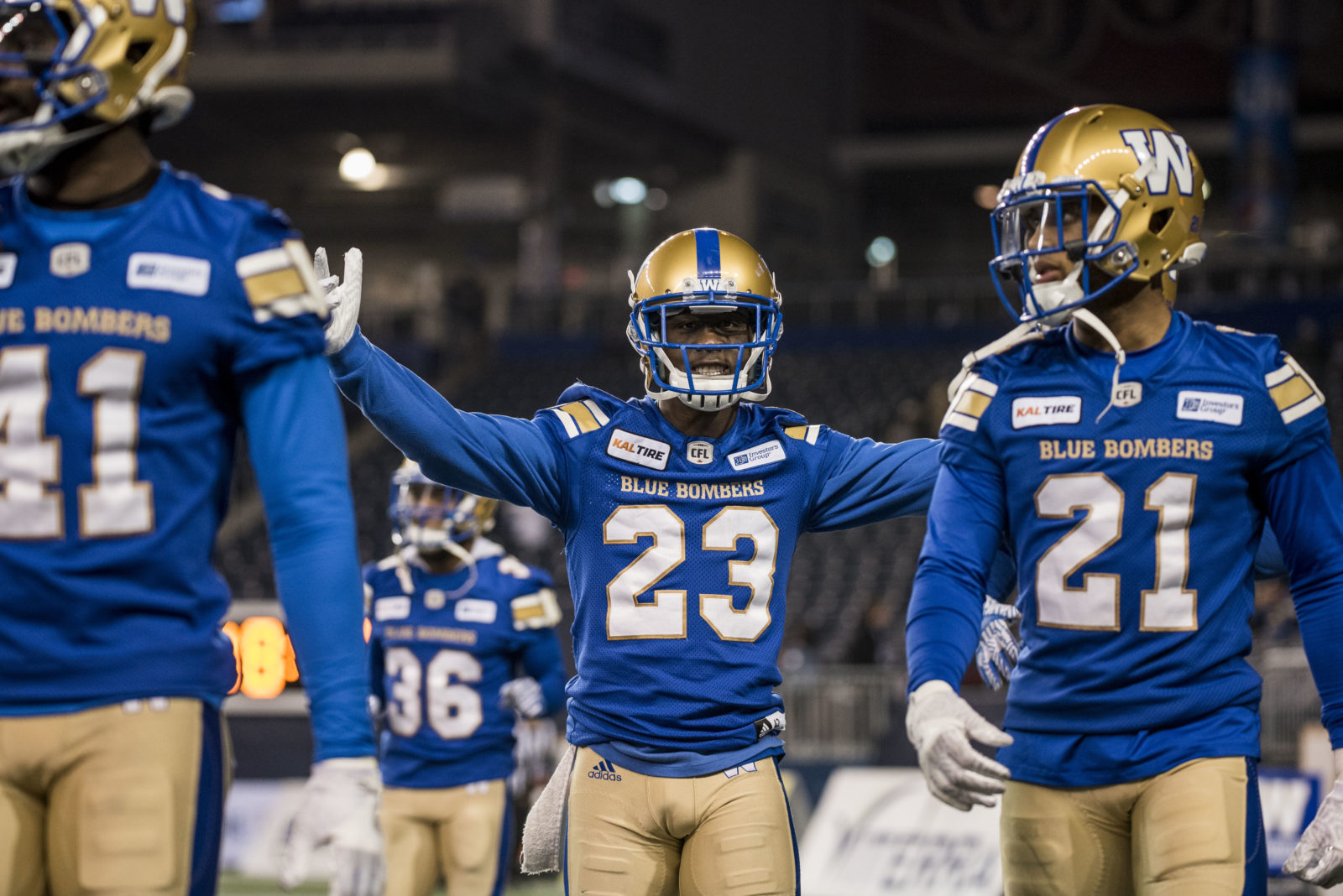 This is the one area where, compared the rest of the CFL, the Bombers are settled. Matt Nichols, Chris Streveler and Bryan Bennett are all under contract, leaving little question about the most important position on the field.

There are rumours about Mike Reilly’s future in Edmonton, Bo Levi in Calgary, as well as uncertainty about how many days Zach Collaros has left in Saskatchewan as well as Travis Lulay and Jonathan Jennings in B.C. That’s in the West Division alone.

The Bombers have rallied around Nichols since he replaced Drew Willy in late July, 2016, going 30-15 since he took over. They have an intriguing prospect in Streveler who is only going to improve with every snap in every practice, and an uber-athlete like Bennett who holds on placekicks and runs down field to blow people up on special teams.