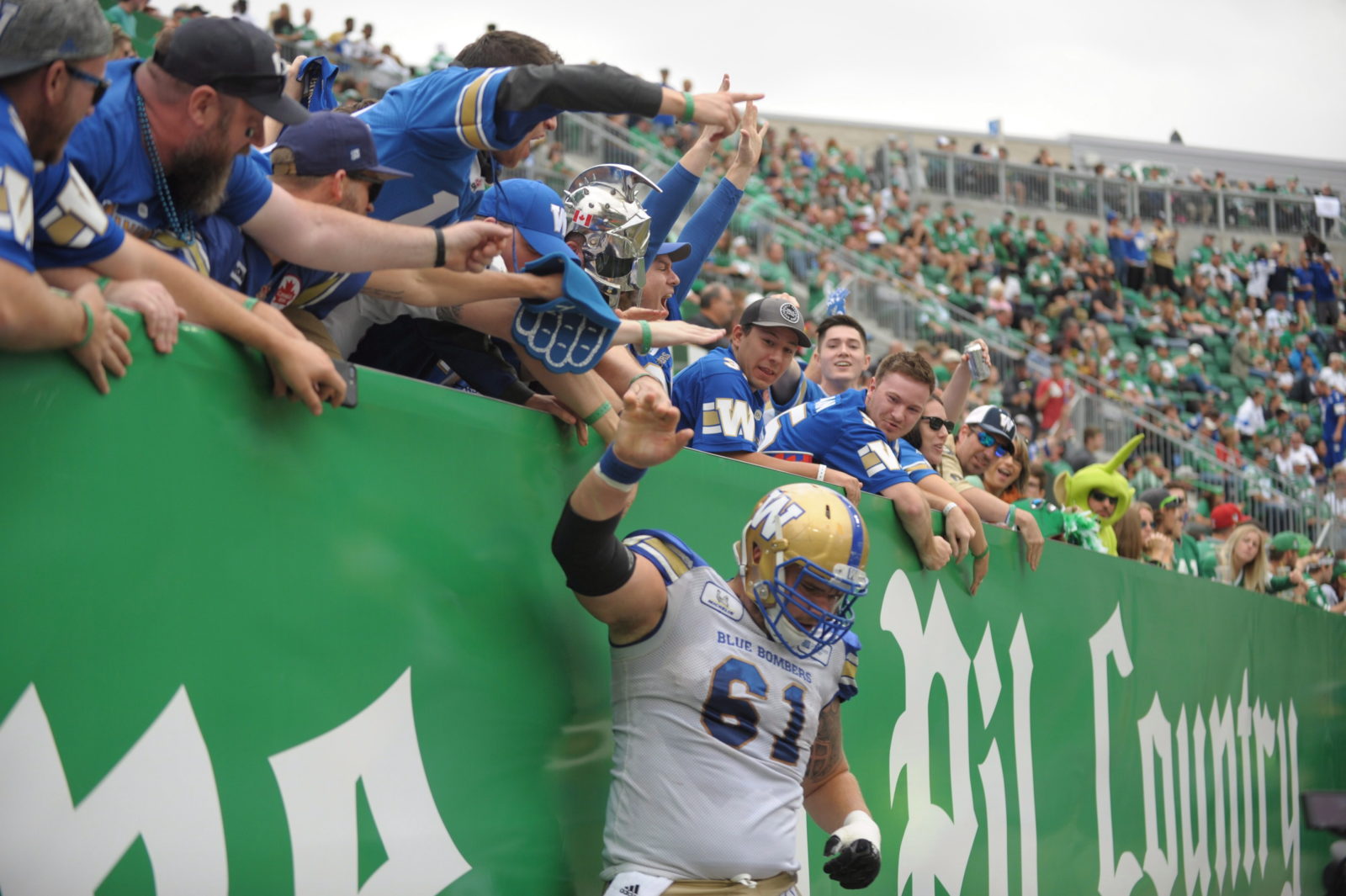 WINNIPEG, MB., November 5, 2018 –  The Winnipeg Blue Bombers are proud to name Matthias Goossen as the 2018 recipient of the Ed Kotowich Good Guy Award. This award acknowledges a player who has excellent football ability, is a leader in the locker room, and shows outstanding effort in the community.

Goossen was drafted in the first round (second overall) by the Blue Bombers in the 2014 CFL Draft and got his first start August seventh of that same year. Since then, Goossen has not missed a game in four seasons. This is Goossen’s second Ed Kotowich Award win, receiving the honour in 2016 as well.

Throughout his time in Winnipeg, Goossen has gone above and beyond in his community engagement. As an ambassador for the Break the Silence on Violence Against Women program since 2015, he has appeared in PSAs and visited schools to talk about the importance of the program. Goossen is also an ambassador for the Bombers Tackle Bullying program and has made lasting impressions on students throughout the province, traveling twice to remote northern communities in the offseason to speak to students.

“I am completely honoured to receive the Ed Kotowich Award,” said Goossen. “Connecting with youth in the community and delivering extremely important messages is something I’ve enjoyed tremendously and take a lot of pride in.”

Ed Kotowich was a member of the Winnipeg Blue Bombers for seven seasons from 1955-1961. He played in three Grey Cups during that time (1958, 1959, and 1961) and earned individual recognition as a Western All-Star and was a recipient of the Tommy Lumsden Award as the Bombers’ Most Outstanding Canadian Player.

After retiring as a player, Kotowich worked with the Winnipeg Rods as an offensive line coach and later with minor football programs at Winakwa and Windsor Park Community clubs. He also served as an alderman for the City of St. Boniface (1968-1977) and worked on a number of community boards including the St. Boniface Parks Board, the St. Boniface Museum, and the Knights of Columbus.