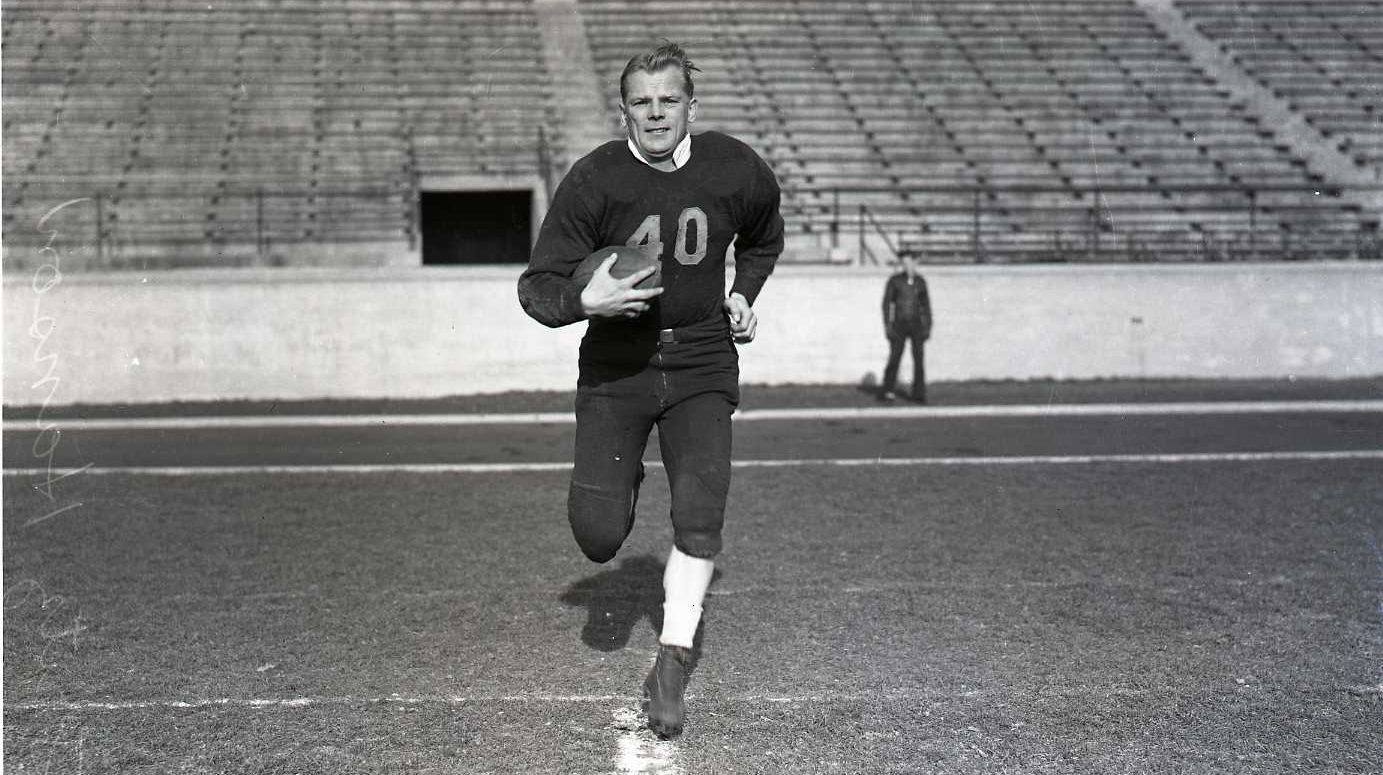 They called him ‘Twinkletoes’, the ‘Perham Flash’ and the ‘Golden Ghost’, and every nickname just seemed to perfectly describe his enthralling skillset.

Melvin ‘Fritz’ Hanson was the first superstar in the history of the Winnipeg Football Club, pre-dating all the legends in the Winnipeg Blue Bombers’ long and storied history, arriving decades before Stegall and Roberts, Ploen, Lewis, Gray, Tinsley, Brown, Brock, James and Walby. Hanson – the 2018 inductee into the club’s Ring of Honour – first appeared on the local football scene in 1935 during the Great Depression – spurring a $1,000 offer from the New York Giants to sign in Winnipeg instead for $800 along with a new overcoat and the chance to be close to his hometown in Perham, Minnesota.

And he instantly put the franchise on Canada’s sporting map.

The ‘Winnipegs’ – as they were known then, before the nickname ‘Blue Bombers’ was hung on them by Free Press sportswriter Vince Leah – had fallen in the Grey Cup semi-final in 1933 and were just 3-4 a year later when the Bombers added Hanson.

The game was changing then, with more American college players migrating north to Canada and passing coming into vogue. 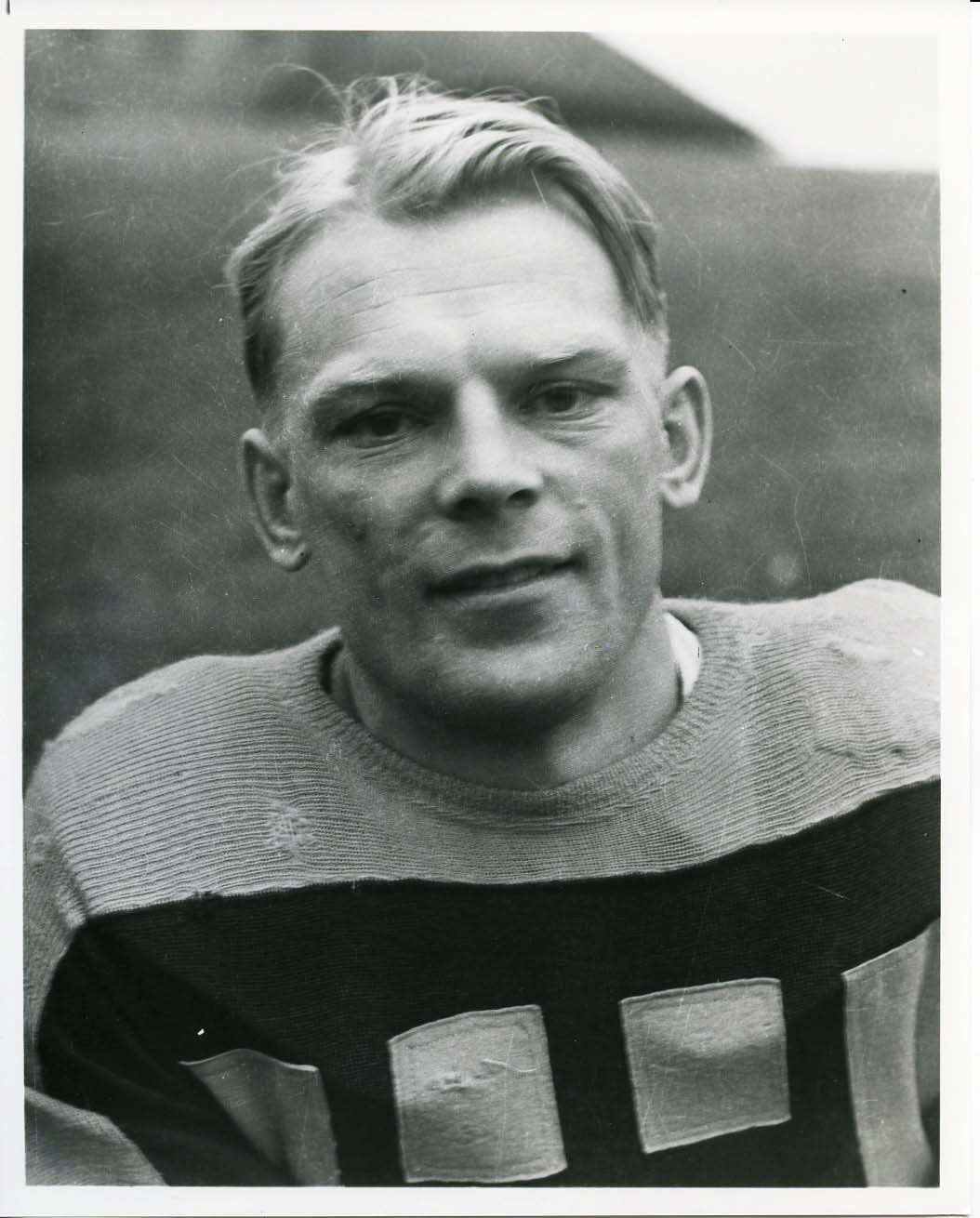 Hanson, who stood just 5-7 and weighed 145 pounds, immediately did two things for the ‘Pegs: he helped electrify the franchise as the club won, and won a lot. Case in point: not only did the Bombers go unbeaten in ’35 – including knocking off the Sarnia Imperials, who had won 14 in a row, including the ’34 Grey Cup – they would become the first team from Western Canada to capture the championship.

And Hanson’s fingerprints – footprints, actually – were all over the team’s first Grey Cup win as he racked up over 300 yards in punt returns – including a 78-yard return for a touchdown – as Winnipeg knocked off the Hamilton Tigers 18-12.

Here’s what Jack Matheson penned in his historical look at the Bombers ‘1930-90: 60 Years and Running’, capturing Hanson’s impact that day and the importance of the victory:

‘…Dec. 7, 1935 was emancipation day for football in western Canada, six years exactly before the date became associated with infamy at Pearl Harbor. It was bone-chilling cold at Hamilton’s venerable AAA ball park, and the field was frozen solid and slippery. The ‘Pegs, of course, had seen icy tundra before, and they ate it up, with relish.

Especially Hanson, who ran up one side of the Hamilton Tigers and down the other, but usually around them. When they added up Fritzie’s contributions later they discovered he had returned punts for 300 astonishing yards!

… The final score that day was 18-12 for the good guys, and back home in Winnipeg, there was a hot time in the old town. The only reason Fritz Hanson didn’t replace the incumbent mayor was because he didn’t try.’ 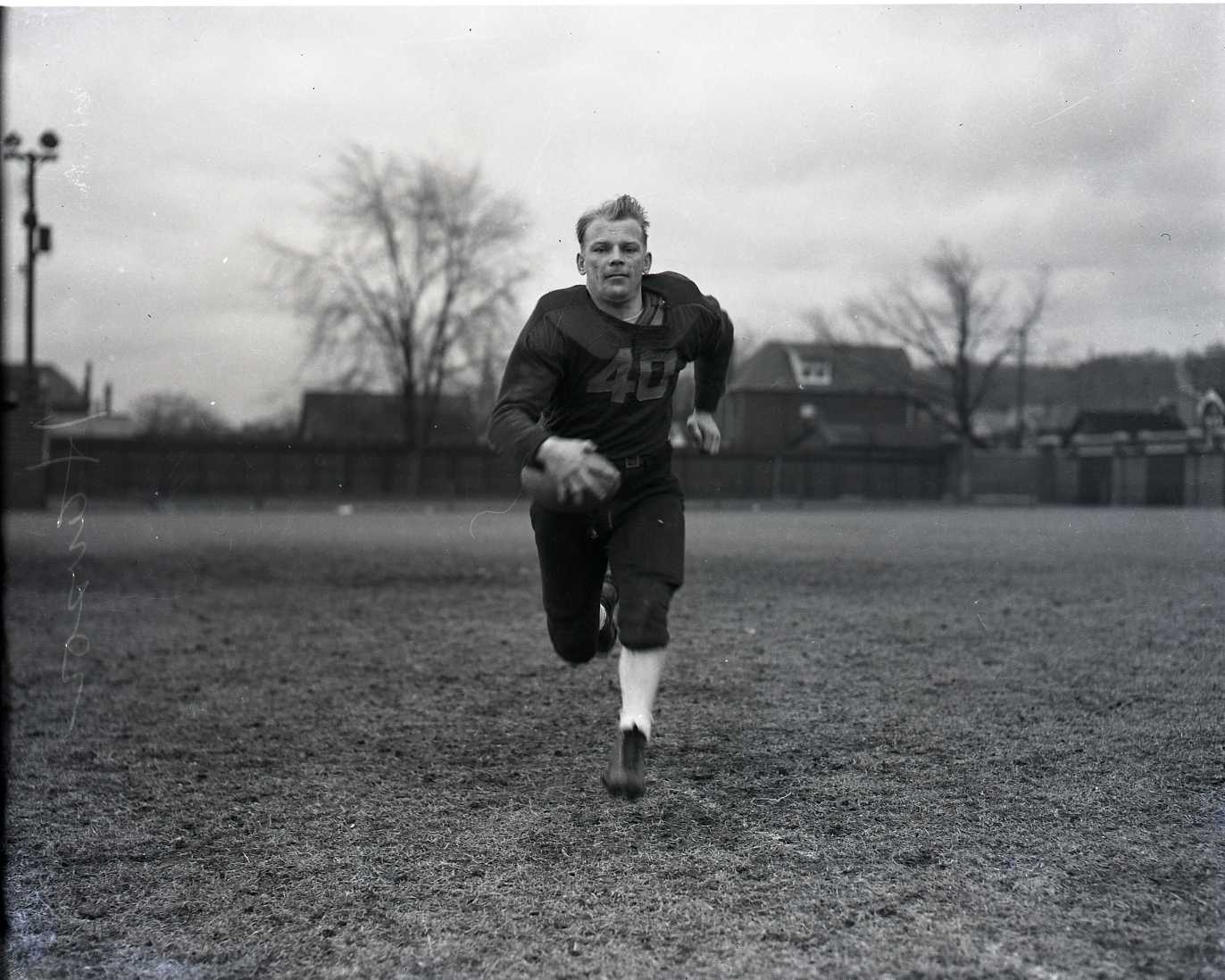 Hanson had two tours with the ‘Pegs/Blue Bombers, starring from 1935-41 – he was an all-star five times and won the Lionel Conacher Award as Canada’s Male Athlete of the Year in 1939 – and helped the club capture two more championships in 1939 and 1941.

Hanson, who became a Canadian citizen in 1966, did join the Canadian Army when World War II broke out and played with the Winnipeg Light Infantry squad from 1942-44 and the Bombers in 1945 before finishing his career in Calgary, helping the Stampeders capture the 1948 Grey Cup.

Upon retiring from the game after 1948, Hanson became a successful businessman with an insurance firm in Calgary and was involved in the horse racing industry, passed away in 1996 at the age of 81. He and his wife Maxine, who is also deceased, had four daughters, three of which are still alive – one of them, Alix Bauce, will be attending Friday’s game and the Ring of Honour ceremony with her husband, Frank.

During his playing days, Hanson was described in many ways by many writers, coaches, teammates and rivals. But it was Leah, the Free Press sportswriter, who nailed it in his 1979 book ‘A History of the Blue Bombers’:

‘Old timers argue as to what Hanson would have accomplished with blocking on the bigger Canadian field and backs in motion. The truth is Hanson may not have followed his blockers anyway. He was a great individualist, a free spirit born 40 years too soon as far as football was concerned. His coaches found him a bit of a problem, not from a disciplinary point of view for he was a good team man. But he had a mind of his own and God-given legs nobody in the history of Canadian Football has ever matched.’