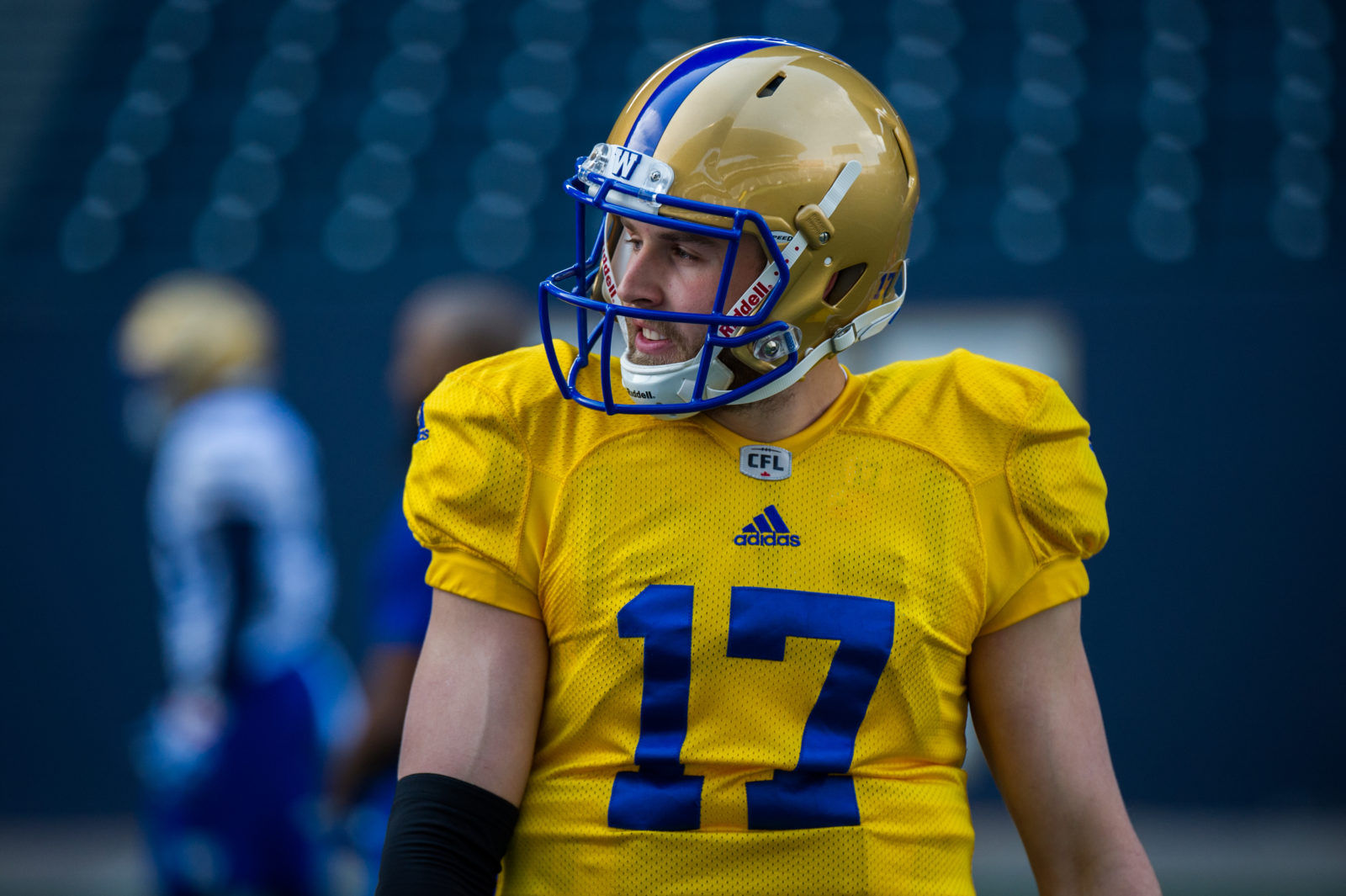 They hadn’t taken a snap or thrown a single pass – heck, they weren’t even in Winnipeg – and yet Alex Ross and Chris Streveler both jumped up the Blue Bombers quarterback depth chart late last week.

Yes, Darian Durant’s retirement decision last Friday certainly shook up the entire Canadian Football League, but the shockwaves had no bigger impact than right here in River City. After all, Durant was to be the veteran insurance behind Matt Nichols and the grizzled pair were to be the perfect mentors to Ross and Streveler, the young guns listed behind them.

Instead, two QBs with a combined four Canadian Football League games played and 12 pass attempts – all by Ross last year with the B.C. Lions – are now fighting to be the guy potentially one snap away from leading the Bombers.

That might be a frightening proposition for those in Bomber Nation, but it is an absolutely glorious opportunity for Ross and Streveler. Still, the moment a guy starts thinking about where names are listed on the depth chart is likely the same moment he is in a cab headed back to the airport following his release.

Training camp, after all, is about small picture thinking and process. That’s the mindset Ross, for example, had on Day 1 and he said as much after the afternoon workout when asked if Durant’s decision changes his approach to camp.

“Not at all,” he began. “I came in here to show the coaches what I’m capable of, to show that I can compete in this league. So for me, my mindset doesn’t change. My mindset would be the same whether Darian was coming in here or not. 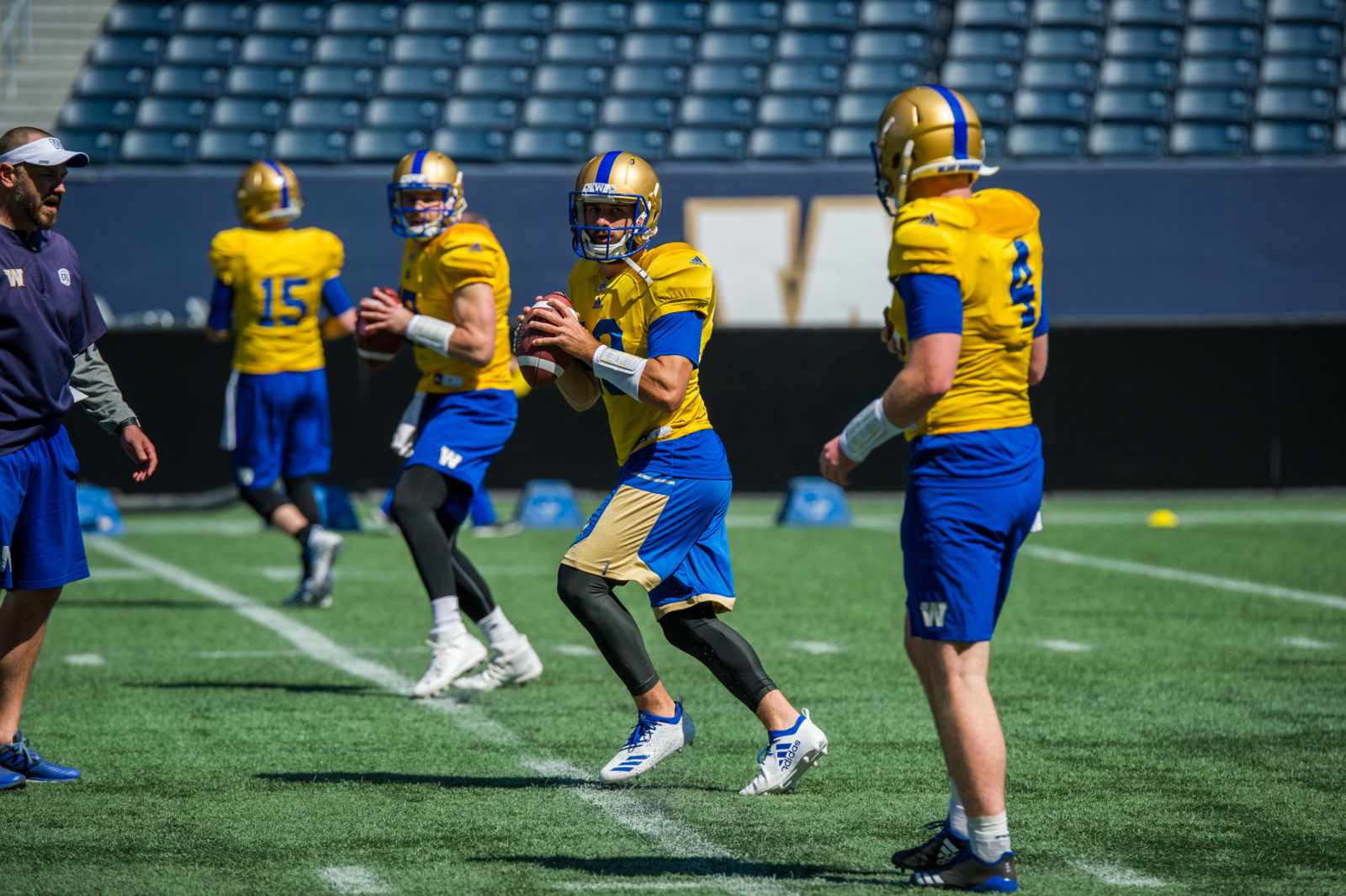 Even though his pro experience is limited to one season, Ross benefitted from all those reps working on the CFL field and operating in the three-down game. Streveler, on the other hand, is a fresh-faced rookie straight from the University of South Dakota whose only exposure to the CFL came at last month’s mini-camp – before he had signed – where he was strictly a spectator.

“(Last year with the Lions) was huge because when I first came up here I was new to the CFL,” Ross said. “I was new to the Waggle (pre-snap motion by receivers), I was new to the wider field. So having a good understanding of that coming into rookie camp and training camp… I think I have a leg up now. That is going to allow me to dive into it that much deeper from the get go, rather than having to learn all these new things.

“I’m going to learn the stuff as quick as I can so that I can play as fast as I can. If I have a good grasp on the offence then I’ll be ready to go. That’s where I see myself being at: I want to have a good understanding of the offence as soon as the season gets rolling. I want to be able to run all the same plays that the first guys are running.

“Matt Nichols is a great guy to pick his brain. He’s a veteran in this league and he’s somebody you can learn a lot from and he’s very helpful, too.”

All of this – pecking order, roles, etc. – isn’t bouncing around anywhere in Streveler’s cranium right now. He’s a stranger in a strange land – he admitted Wednesday he didn’t know the difference between a loonie and a toonie, for example – and his mission is simple: get his nose in the playbook and get acclimatized to his new surroundings.

Streveler signed in Winnipeg for the opportunity, well before the Durant decision. The Bombers made a positive first impression during his first visit and he chose the stability of signing in the CFL over possibly bouncing from one NFL camp to another.

“When I came up here for the mini-camp I really loved the experience and felt like I had a good connection with the coaches,” said Streveler. “I’ve been talking with Coach LaPo (Bombers offensive coordinator Paul LaPolice) for a while now and when I was getting some calls from some NFL teams later on after the draft I felt they were maybe lukewarm about it. I felt like I should come up here, get into an actual camp and get somewhere I’d have a real legit opportunity to compete for a spot… with an NFL team it would be a tryout situation and the chances of you even making it into camp would be slim.

“It had been something I had been thinking about for a while, going into the draft process and how much I had been talking to Coach LaPo. And so while to some people it might seem like the more glamorous decision to say you went and did an NFL mini-camp, at the end of the day, I just wanted an opportunity to compete and play football.

“I don’t think about (Durant’s retirement),” added Streveler. “I’m just happy to be up here competing. There’s no place I’d rather be.” 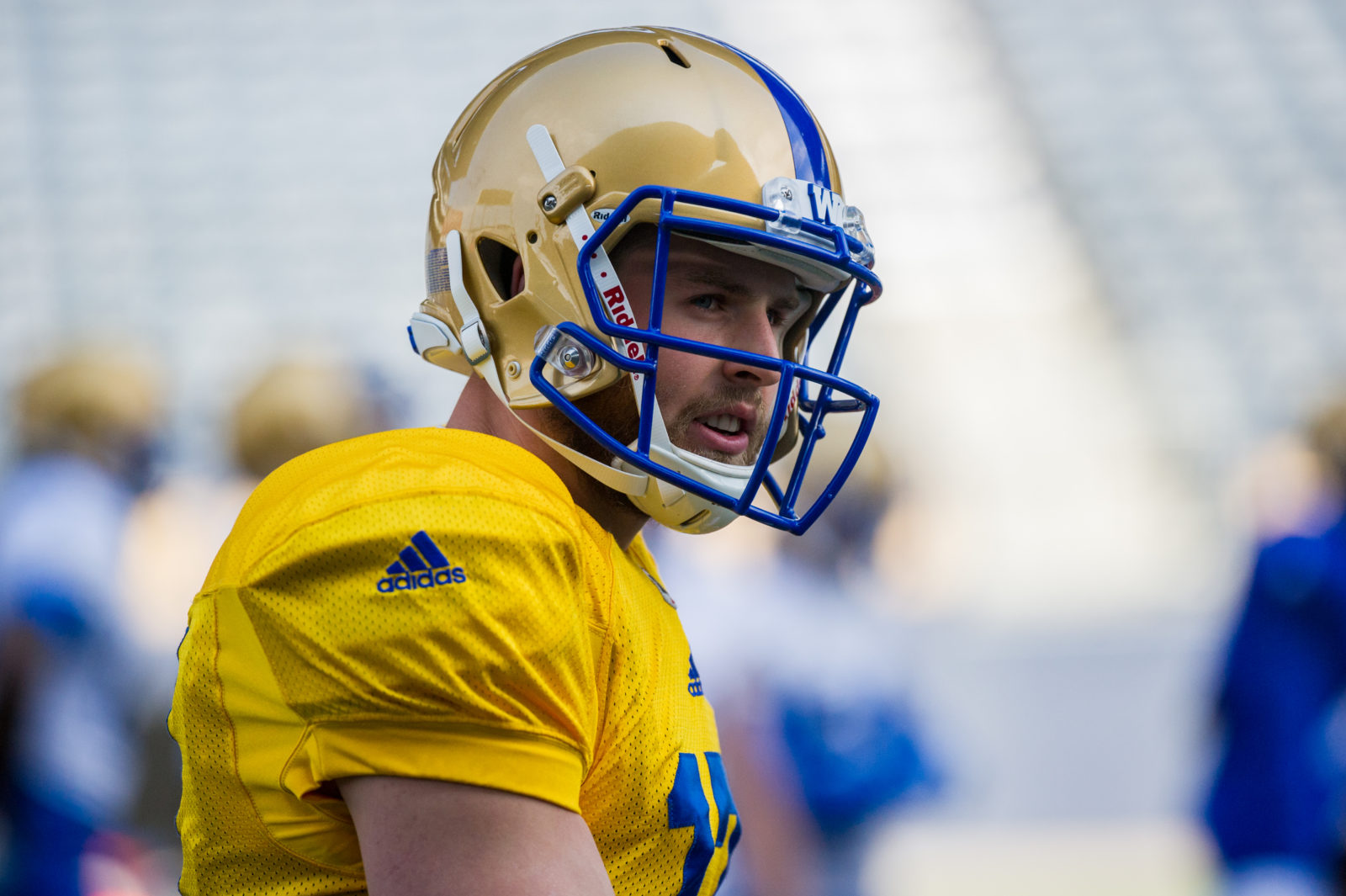 Bombers head coach Mike O’Shea has always been a guy who insisted a player should suit up for as long as he can, because rarely after a retirement decision is made can he go back. Naturally, he was asked Wednesday if he could make sense of what happened last week with Durant’s decision to walk away from the game.

“I don’t. But I don’t try to make sense of it, really, because as my kids would tell you I think a little bit differently than most people,” he said with a grin. “So… maybe what I think doesn’t make sense. I’m not judging anything. If a guy feels it’s time to be done that’s his decision. I’m never going to judge a guy on that. If you think it’s over for you, it’s probably over.”

“We’ll see. That’s the fun thing about this,” he said. “We’ve had some guys in a very short period of time who have stepped into a better opportunity and it’s going to be exciting to see how they seize that opportunity and what they do with it.

“We’ve got a couple young guys that we believe are real smart guys that we think can process and see the game well. We think they’re athletic, we know their arms are strong enough and we’ll see in three or so weeks where that lands them. But I’ll tell you what, I’m pretty excited for a couple of young guys when their opportunity changes like that and changes for the better for them.”

Rashaun Simonise, the big receiver the Bombers selected 12th overall in the CFL Draft, showed some positive flashes in his first day with the club.

Simonise does have some pro experience, having attended training camp with the Cincinnati Bengals before testing positive for a weight-gain substance. That led to a suspension in the NFL and saw his CFL draft year deferred to this spring.

“I’ve been trouble free for the past two years, so it’s going pretty well,” he said. “I’m on a pretty good path right now and I’m just trying to put everything in the past and continue to move forward, make the best decisions and stay out of harm’s way.”

O’Shea spoke about all the new Canadian receivers after practice, singling out not only Simonise, but Daniel Petermann and Tyrone Pierre. As for Simonise’s past…

“It’s a clean slate,” said O’Shea. “I’ve had players come in in the past and want to sit down in my office and talk about what happened in their past and I stop them very quickly and say, ‘That’s not of interest to me. It’s what you do from this point forward.’

“I hope Rashaun knows that… we’ve had those conversations in terms of ‘Hey, let’s get here and work’ and I think he’s all about that. He’s a heckuva athlete and I’m sure he’ll be a good teammate and I’m sure we’ve got great mentors around him that will help him with anything that comes up that he needs help with. He’s a guy we’re really excited to have here.”

Bombers receiver Chris Givens, who dressed for three regular season games and made two starts – three if the West Semi-Final is included – is no longer listed on the team’s roster. No decision has been made yet on whether he will be suspended or released out right.

“As of right now, he’s not reporting,” said O’Shea. “Where we put him or what gets done administratively, I don’t know yet.”

RB Jhurell Pressley (5-10, 205, University of New Mexico) played four seasons with the Lobos, rushing for 2,725 yards and 35 touchdowns. In 2014, Pressley led the nation with a 9.5-yard rushing average, establishing a new Lobo record. Pressley signed as an undrafted free agent with the Minnesota Vikings in 2016.

DB Mohammed Seisay (6-2, 202, University of Nebraska) played two seasons with the Cornhuskers and was named to the Nebraska Scholar-Athlete Honor Roll. Seisay joined the Detroit Lions in 2014 as an undrafted free agent, playing in 13 games.

RB Johnny Augustine (5-9, 202, University of Guelph) played five seasons with the Gryphons, rushing for 2,742 yards and 28 touchdowns on 483 rushes. In his senior year, Augustine rushed for 690 yards and nine touchdowns on 122 carries.

The club also announced the signing of receiver Brisly Estime early in the day, but he promptly failed his physical and was released. The team also transferred defensive back Travis Howard to the retired list and released International defensive back Ezra Robinson.