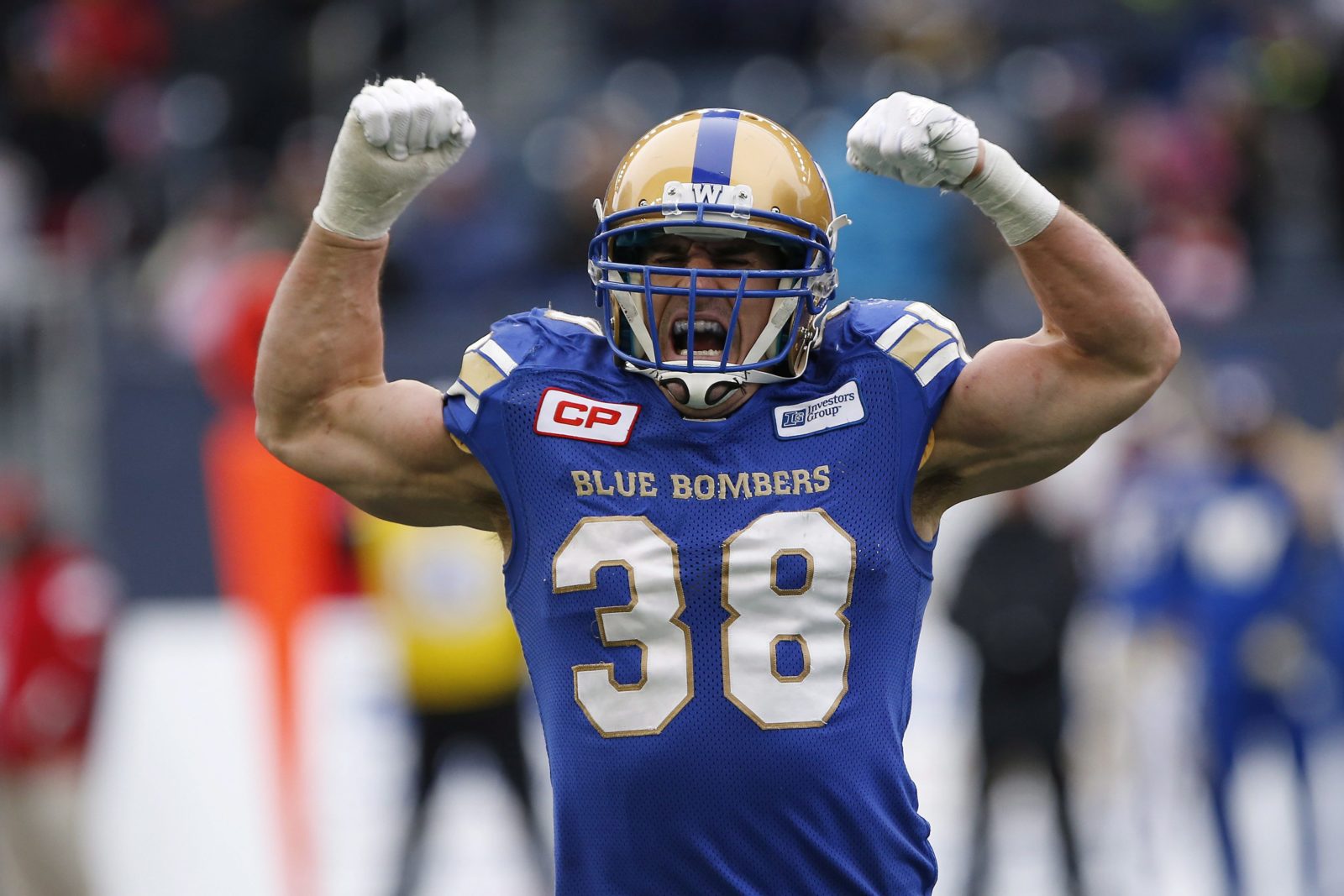 Winnipeg Blue Bombers' Ian Wild (38) celebrates a tackle against the BC Lions during the first half of CFL action in Winnipeg Saturday, October 28, 2017. THE CANADIAN PRESS/John Woods

Wild missed 13 games last season due to injury, but recorded 14 defensive tackles, one sack, and one forced fumble in five games.