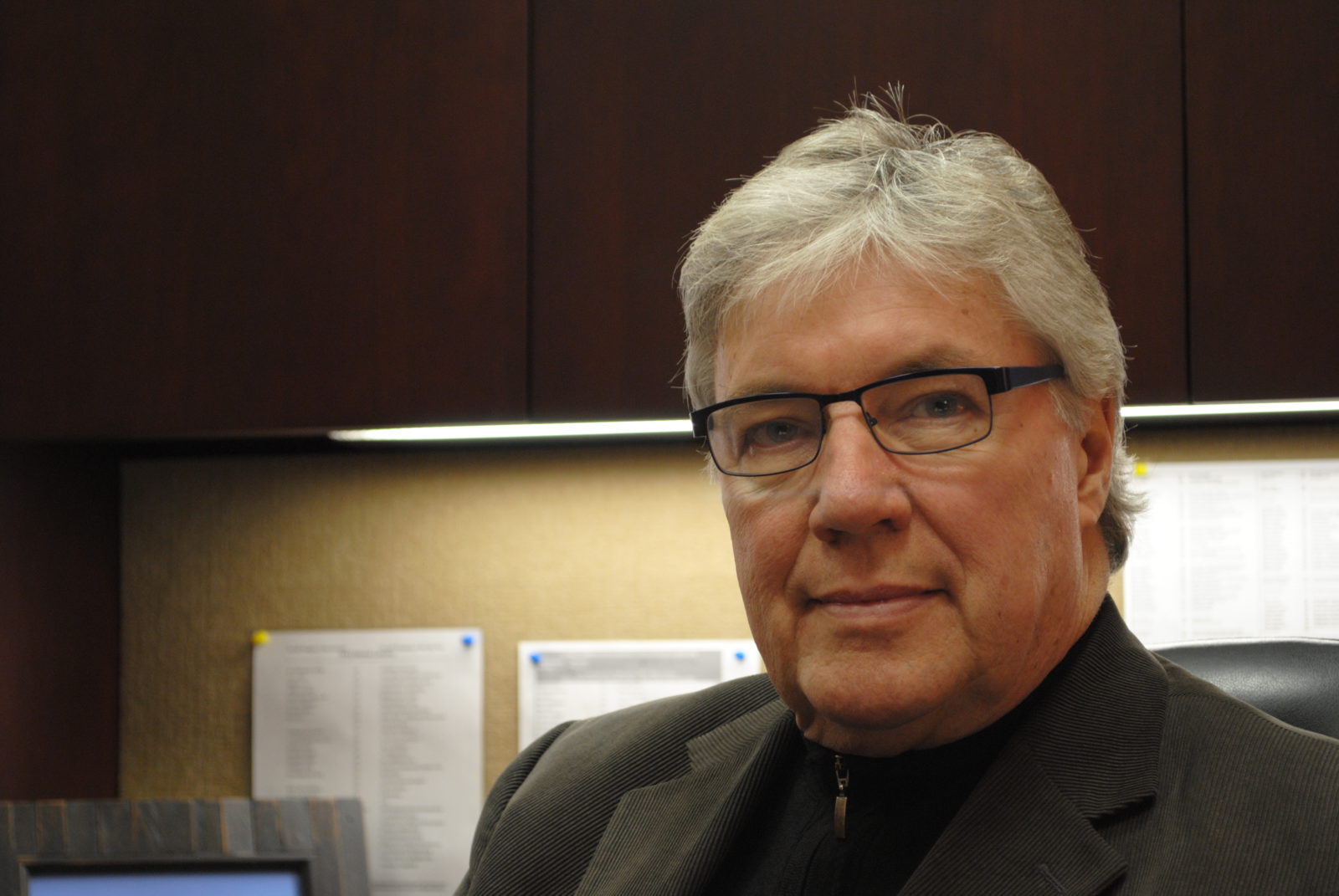 This is the second of three profiles on the new inductees.

Gene Dunn wants nothing to do with this, to be perfectly honest.

Now make no mistake, Dunn – who is being formally inducted into the Winnipeg Football Club’s Hall of Fame at Wednesday’s Legacy Dinner – is positively thrilled to be honoured for his long service as a Grey Cup organizer, board member, and helping navigate the franchise through the financial abyss it faced at the turn of the millennium.

“I’ve always stayed in the background, always shied from this,” began Dunn in a recent chat with bluebombers.com. “(The attention) is not why you do this, especially in a community organization.

“It’s about the team. You just feel awkward going in… they should just announce the builders and celebrate the players. Even for myself, it’s nice to know there are people around the community that care and put their time in and everything. But it’s the players the fans come to see and that’s who they want to hear from and see.” 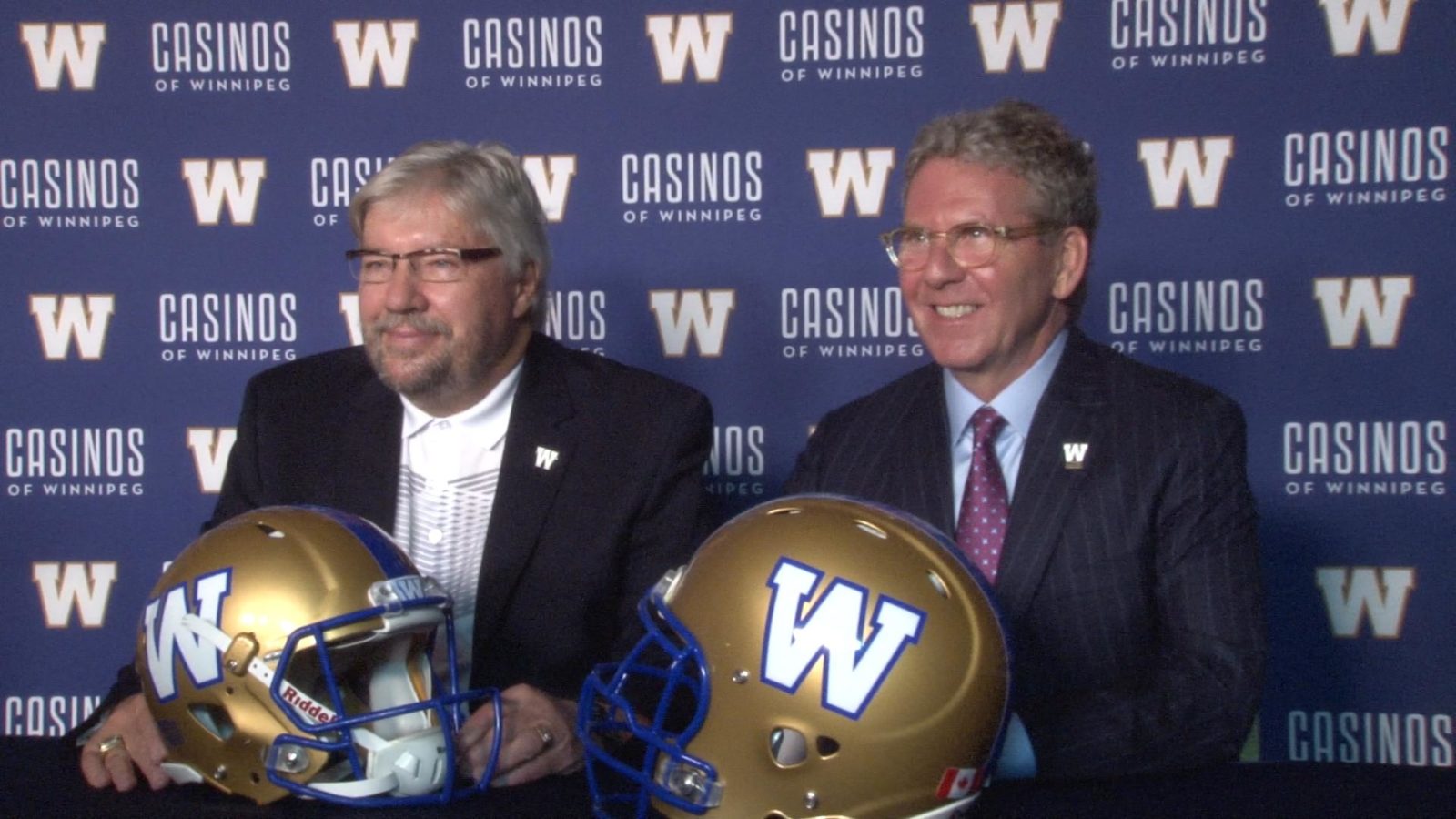 Still, here’s why Dunn should – even if it’s reluctantly – stand up and take a bow Wednesday alongside David Asper and Terrence Edwards, and why the applause should be hearty:

Dunn is the classic example of a local businessman who still goes above and beyond to help this franchise. He’s there cheering when times are good. And he was certainly there when the Bombers needed him the most in the late 1990s and early 2000s.

He first got involved with the club in 1998, as co-chair of the 1998 Grey Cup game in Winnipeg. A year later he was appointed by the City of Winnipeg – Asper was appointed by the province – to sit on a committee that would develop a new governance model for the Bombers. Previously, the organization had up to 70 members, with nine – ‘The Nervous Nine’, as they were long ago nicknamed – making the majority of the decisions.

That changed when the board was reduced to 12 members, with Dunn being one of them.

It turns out, changing the way the club was governed was the least of the challenges Dunn and company would face. In the late 1990s, it was some $5.5 million in debt and it was Dunn, along with Asper and then Bombers President Lyle Bauer, who led the charge to wipe that financial burden clean, all the while pushing for the construction of a new stadium.

All of that – how much peril the Bombers were in as a franchise then – is often overlooked these days with the club playing in Investors Group Field and now considered one of the Canadian Football League’s elite.

“The previous board, they were bringing in pencils and toilet paper back then,” said Dunn. “What these past presidents went through… I can remember one of the golf tournaments we had and they had us set up in these big tents at The Gates and it rained so hard we all had to take our shoes off and roll our pants up to eat dinner.

“There were a bunch of dedicated people, but it was just unfortunate it went that way because the guys that were volunteering their time and energy for the team didn’t deserve that. It all worked out really well for the team. Those past presidents, all of them, provided friendship, counsel, advice on what worked and what didn’t work. They were just a bunch of good guys and they’re still there any time the club asks them to get involved in something.

“It’s also my opinion that if not for David Asper, we would not have this new stadium. There were all kinds of twists and turns, but he never lost sight of the goal. The objective was a brand new stadium and he was like a barracuda – he never gave up until it was done. I watched him. I was by his side through that and saw the effort that he put in.”

The foundation of Dunn’s dedication to the Bombers has an interesting start. He grew up in Toronto and was transferred from his home town to southern Alberta in 1970 while working with Standard Tube.

Transferred again to Winnipeg from Calgary, it didn’t take him long to become a diehard of the blue and gold.

“I became a Bomber fan in 1972. Our company had season tickets and the steel industry, as a whole, was a big supporter of the club back then,” Dunn explained.

“I was actually a Calgary Stampeder fan growing up… don’t ask me why. And so, as soon as I got to Calgary I went to all the home games. But I quickly became a Bomber fan in 1972. It was fun to go to the games in Toronto, but they never had the support or the dedication that you found here or in Calgary.”

Dunn’s allegiance then turned into helping with the ’98 Grey Cup – he has since also co-chaired the 2006 and 2015 Grey Cups in Winnipeg – and then to the role in a governance capacity.

He was the Bombers Vice Chair in 2000 and 2001, was Chair from 2002-2004 and was Chairman of the CFL’s Board of Governors from 2006-08, serving as interim commissioner in 2006 after Tom Wright left the post and before Mark Cohon was hired in 2007. Dunn also initiated and introduced the Hugh Campbell Distinguished Leadership Award, first awarded to Campbell at the ’06 Grey Cup in Winnipeg.

Finally, Dunn – whose humility and preference to stay clear of the limelight is offset by a dry sense of humour – was asked why he took on such a massive challenge as the one that brought the franchise back to life.

“Probably stupidity,” he said with a chuckle. “I mean, it never occurred to me it would be this time consuming. To me, it was an honour to be asked and it’s a great community organization to be involved with.

“I don’t regret anything about it. It’s been an absolute honour. It’s been fun. It’s been a privilege. I don’t think I could have been asked to do anything that’s more rewarding than to be involved with the Winnipeg Football Club. It’s been wonderful.”