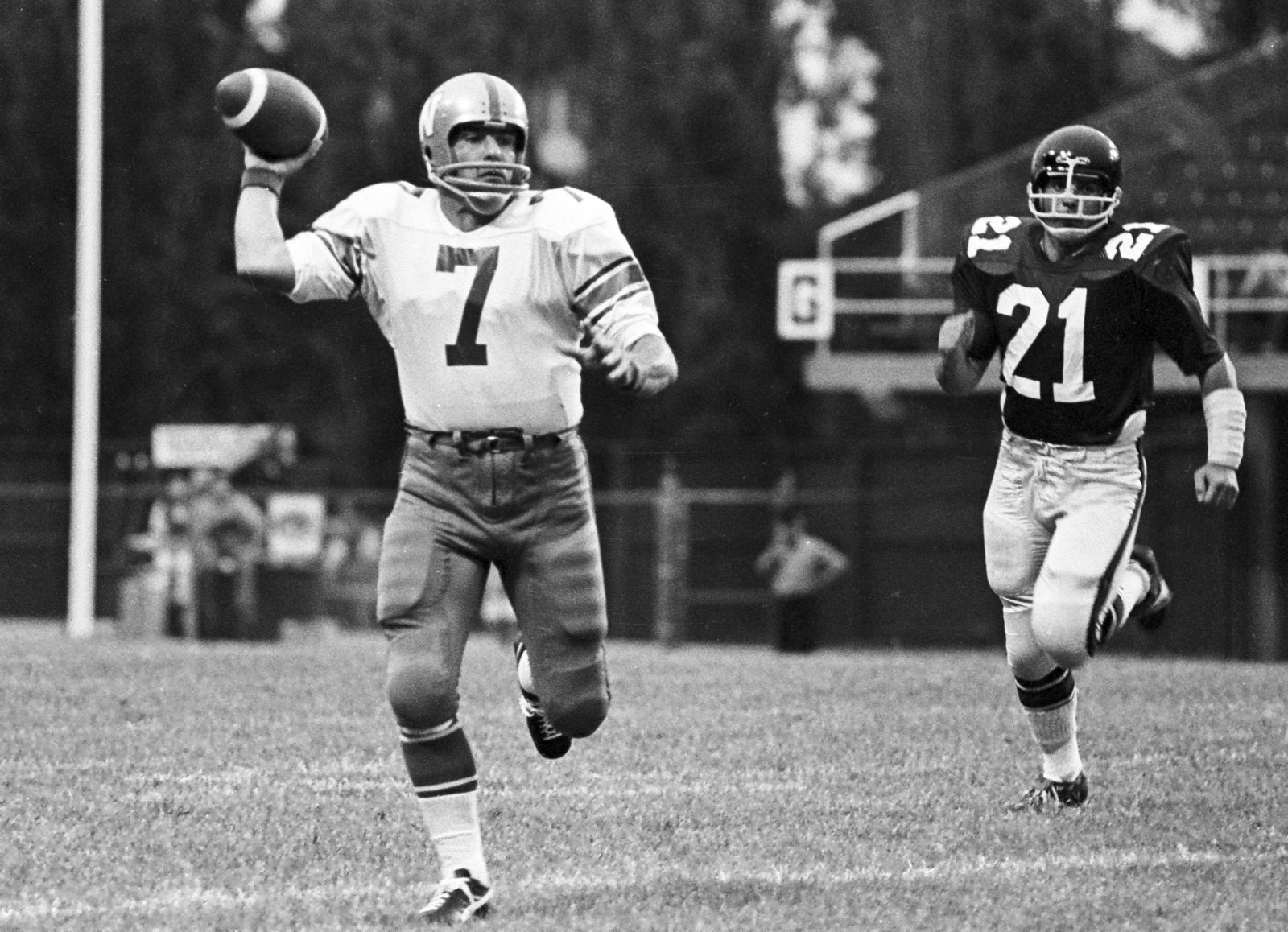 There were many great days, great moments, great memories for Don Jonas during his time as a member of the Winnipeg Blue Bombers.

And yet one of the most memorable occasions – for all the wrong reasons – was his very last day in Bomber colours.

“I’ve never even heard of anything like this,” began Jonas, who was in Winnipeg as part of a publicity tour to promote a new book – ‘The Jonas Era’ – written by local authors Roy Rosmus and Scott Taylor. “We go to Saskatchewan for Labour Day in 1974 and we ended up beating them in a helluva ball game.

“We’re on our way home and when we get back to Winnipeg, (GM) Earl Lunsford gets on the mic on the airplane and says, ‘OK, when we get there, all you players go to the right. He grabbed me and brought me to the left.

“That’s when he told me, ‘You’re no longer a Bomber. We’ve traded you to Hamilton.’ Talk about a shocker. It was a tremendous shock to the players, too.”

The trade brought to an end one of the most memorable chapters in Bomber history, with Jonas the central figure of it all.

Just as a refresher, the Bombers of the late 1960s – following the departure of Bud Grant to the Minnesota Vikings and iconic quarterback Ken Ploen to retirement – were simply atrocious. During a four-year span from 1968-70, the club was a combined 12-51-1 and, to quote Yogi Berra, the fans were staying away from Winnipeg Stadium in droves.

The team was in massive debt and on the verge of bankruptcy and had already run through the likes of John Schneider, Wally Gabler, Benji Dial and Rick Cassata in an attempt to find someone who could replace Ploen at quarterback.

That’s when a 33-year-old former running back from Penn State arrived, via the Continental Football League and after being dumped by the Toronto Argonauts following their signing of Notre Dame star Joe Theismann.

What happened next, frankly, is the stuff of legend.

In 1971, Jonas became just the fourth quarterback in CFL history – after Sam Etcheverry, Tobin Rote and Peter Liske – to eclipse the 4,000-yard mark with 4,036, breaking the club record held by Jack Jacobs.

Jonas also handled the placekicking, one of the last of a breed before the chore became a speciality, and led the CFL in scoring that year en route to being named the league’s Most Outstanding Player – the first Bomber to be so honoured – as the club qualified for the playoffs for the first time since 1966.

But it was more than just the numbers on the stats sheet for Jonas. He had the gift of the gab, as they say, and made countless appearances on behalf of charities while attending dinners all over the city and the province.

A year later, the Bombers sold out seven of eight games, placed 11 players on the West Division All-Star team and then lost a heartbreaker in the ’72 West Final at Winnipeg Stadium. 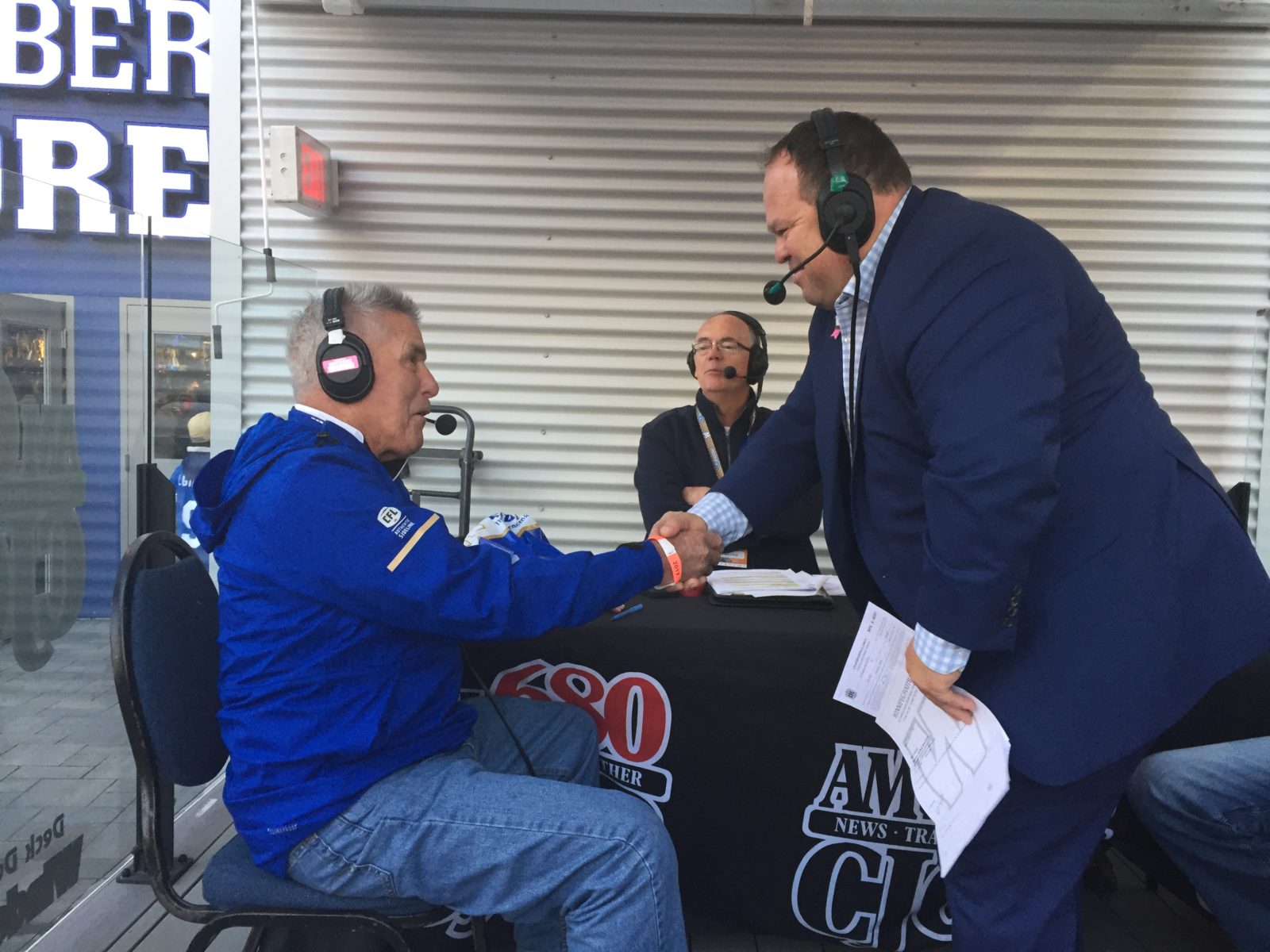 But 1973 saw a decline, with the team falling to 4-11-1 and in 1974, a new coaching staff, led by Bud Riley, was in place with a new plan: the offensive play calls, usually left to the quarterback, would now be called by coaches.

The change affected Jonas’ ability to play the gunslinger, and after speaking out against it in a post-game rant, was traded not long after to Hamilton for Chuck Ealey.

“In reality, I knew my time was coming,” Jonas, now 78, admitted. “But I don’t think that was the time for me. I knew Dieter Brock was the guy. What I would have liked to have done – because my wife and I loved Winnipeg and Canada – was to stick around and help him.”

Jonas played just nine games with Hamilton to finish the 1974 season before leaving the game. And it’s long bothered him that his last game was played as a Ticat, not as a member of the Bombers.

The club also made right Jonas’ wish to retire as a Bomber on Friday, as President & CEO Wade Miller had the iconic quarterback sign a one-day contract and then retire as a member of the club during CJOB’s pre-game show.

And with that, a man who was so influential in helping revive the franchise felt at home again.

“There were a lot of great things that happened when I arrived,” recalled Jonas. “What they needed, I think, was a leader. But the coaching staff we had then were unbelievable. Dave Smith, the offensive coordinator, was unbelievable and he brought me along and with all the players we had everything started to come together.

“They recruited wisely and we just had a great relationship with everybody in our organization. It was like we could do no wrong.”