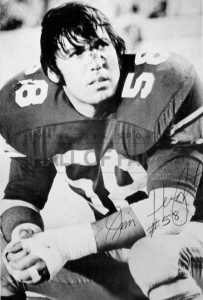 It could be said Jim Heighton was one of the most versatile athletes to ever wear a Bombers uniform. He was twice inducted into the Manitoba Baseball Hall of Fame (2009, 2011) as a player with the Giroux Athletics and Grosse Isle Blue Jays and – after his dominant days as a defensive lineman with the Bombers – won gold medals as a Masters athlete in track-and-field events like the hammer throw and shot put. He also played basketball and soccer and was heavily involved as an owner and breeder of thoroughbred horses.