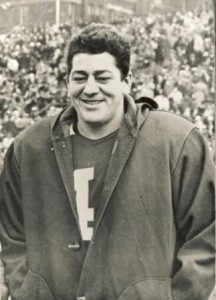 Lear was born in North Dakota but grew up in Winnipeg, learning the game with the Deer Lodge Juniors and then the University of Manitoba before joining the Bombers in 1937. He was part of two Grey Cup championship teams and, after serving with the Royal Canadian Air Force in World War II, returned to the United States and signed with the Cleveland Rams in 1944, making him the first Canadian-trained player to play in the NFL.

He stayed in football after his playing days and was the head coach of the 1948 Calgary Stampeders, who went unbeaten en route to the Grey Cup.

Lear was also involved in thoroughbred horse racing as a trainer and owner, winning six U.S. and four Canadian stakes races in the 1960s and 1970s.