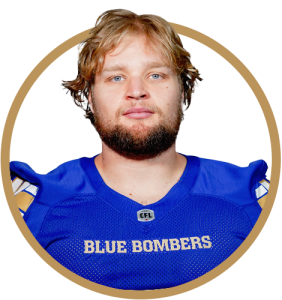 Lawson was drafted by the Alouettes in the second round, 16th overall, in the 2020 CFL Draft. He appeared in four games with Montreal in 2021, his rookie season, and was the club’s inactive player for the other 14 games and the playoffs.
Lawson was acquired by the Blue Bombers from the Alouettes on May 3, 2022. Winnipeg sent its first and second-round picks, 9th and 18th overall, to Montreal for Lawson and the 13th overall selection.