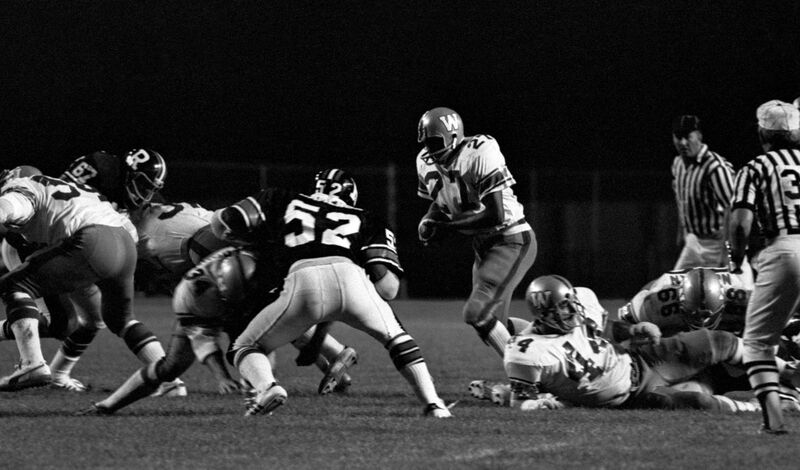 Jim Washington came north to the CFL after being drafted by the Kansas City Chiefs in the sixth round in 1974 and morphed into a consistent running back for the Bombers. He played in only seven games as a rookie and 11 games in his second season. But in 1976 he rushed for 1,277 yards and 12 TDs and then 1,262 yards the next year en route to winning the Eddie James Memorial Trophy as the West Division’s leading rusher. He was also a CFL all-star in those two seasons and named as the Bombers Most Outstanding Player. He would crank out a 1,032-yard season in 1978 and then slipped to 918 yards in 1979 before finishing his career in Saskatchewan in 1980.

When he left the Bombers only one RB had more career rushing yards – the legendary Leo Lewis – and Washington still ranks fourth on the all-time rushing list behind Charles Roberts, Lewis and Willard Reaves.

He was inducted in the Blue Bomber Hall of Fame in 1994.