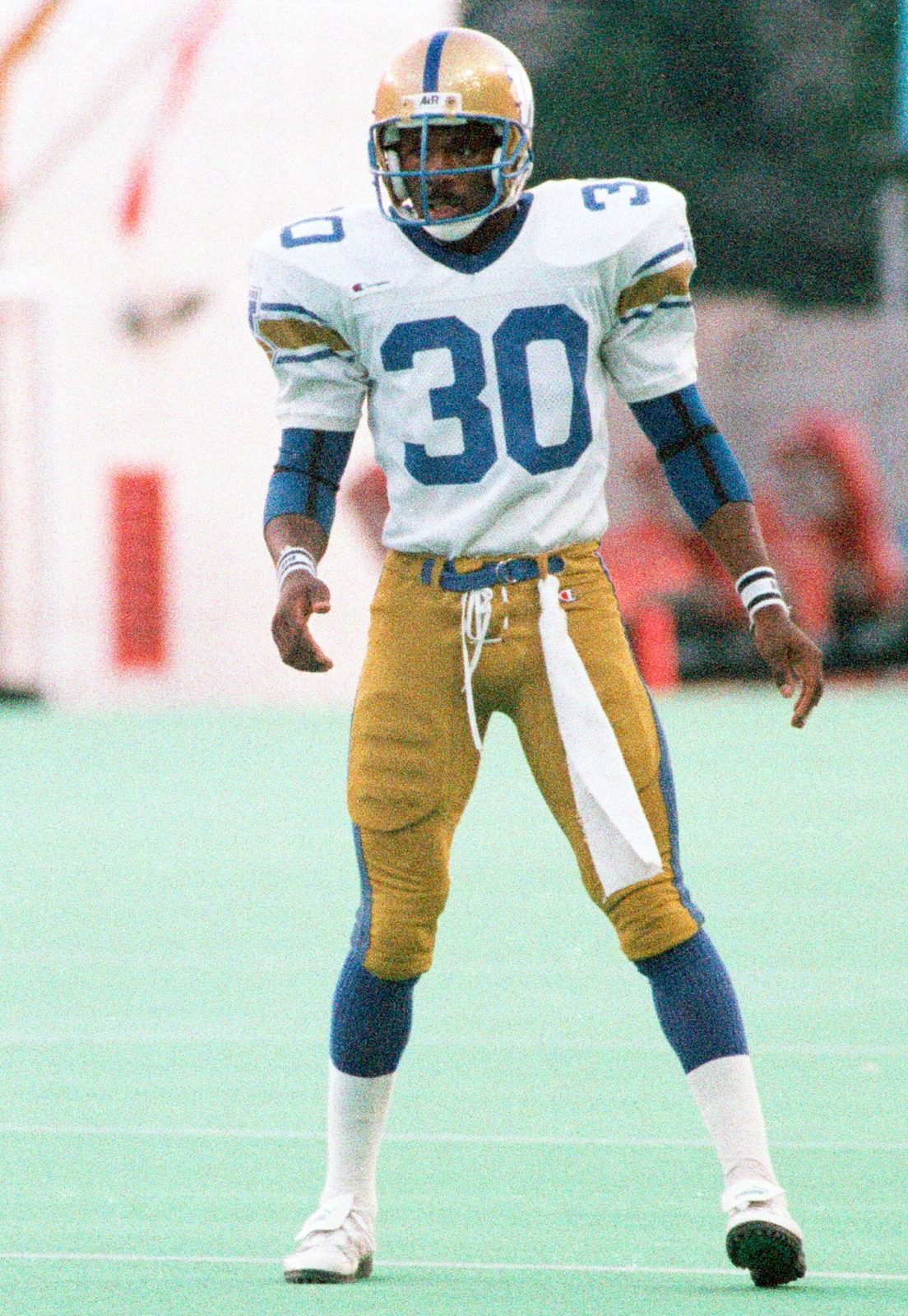 Darryl Sampson often operated in the shadows of the Bombers dominant era of the late 1980s-early 1990s that featured defensive stalwarts like Tyrone Jones, James West, Greg Battle, Rod Hill and Less Browne, but his contributions were never unappreciated. A second-round draft pick of the Bombers in 1986, Sampson was a gifted defensive back and ratio changer who played the difficult halfback position in the club’s secondary. He played 10 years for the Bombers, winning Grey Cups in 1988 and 1990, and is second on the team’s all-time tackles list behind only Greg Battle.

Sampson turned to coaching following his retirement and worked at his alma mater, York University, and then as an assistant with the Bombers in 2001 and 2002.