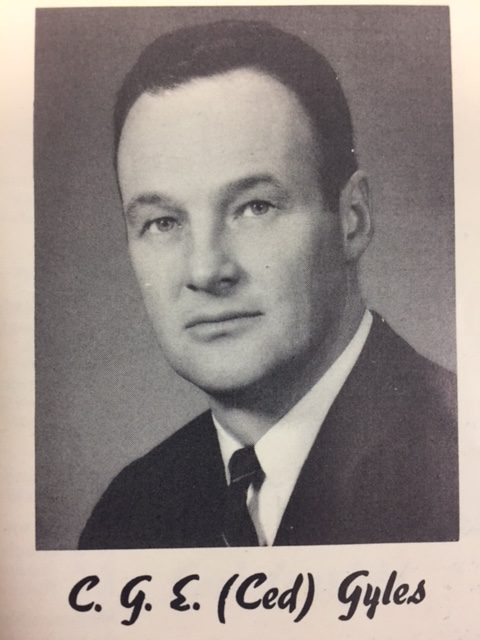 Gyles served as president of the Winnipeg Football Club in 1968 and 1969, and brought to the position an extensive background as a player and an executive.

As a player Gyles was a member of the Vancouver Jr. Blue Bombers, who won the 1947 Dominion Championship. He played with the Calgary Stampeders from 1948-51 and was part of the ’48 Stampeder squad that captured the Grey Cup.

Gyles moved to Winnipeg in 1961 and served on several committees on the Bombers executive and, in 1967, served as secretary.