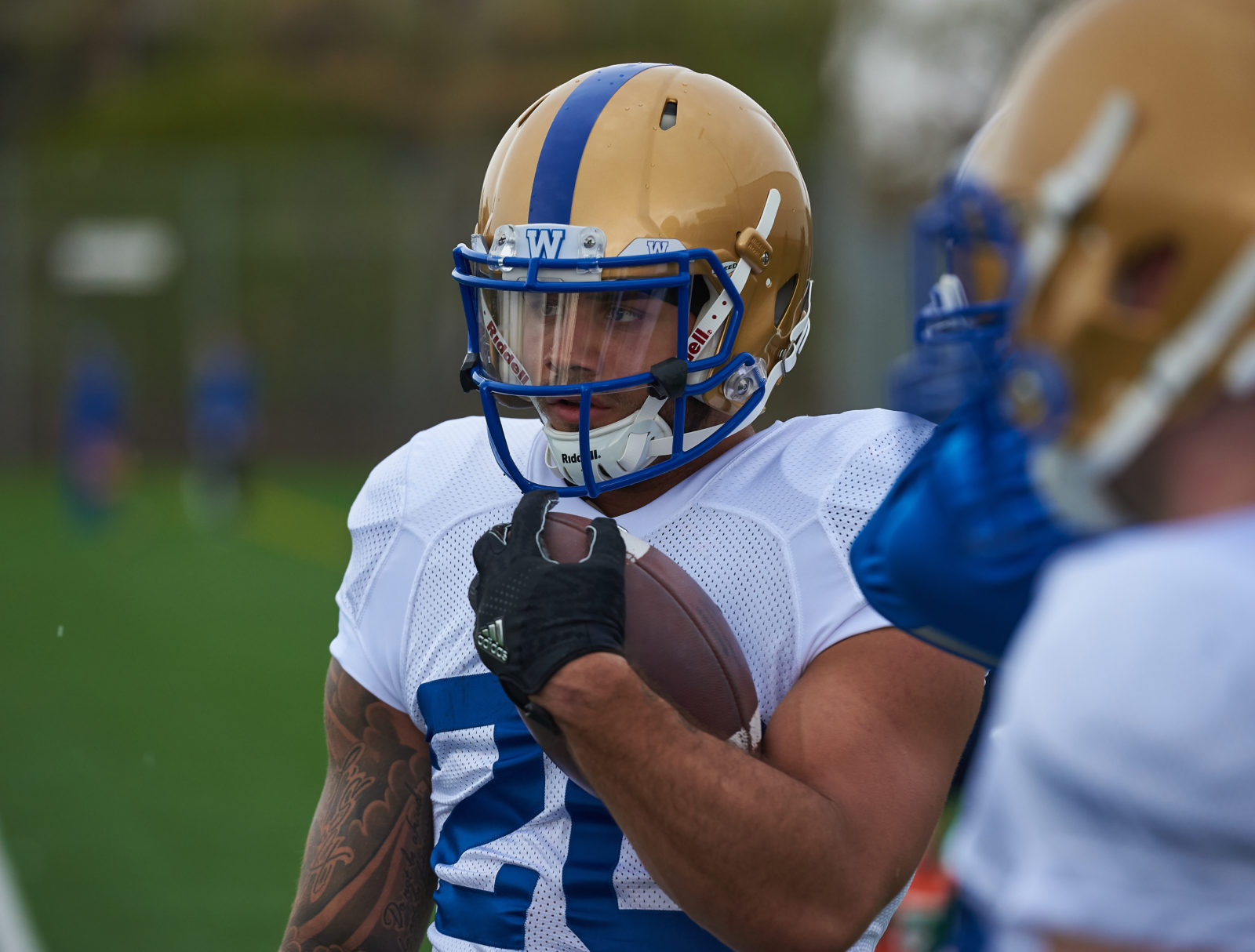 Brady Oliveira knelt for a moment at the edge of the practice field near the Subway South Soccer Complex late Wednesday afternoon, crossed himself and thanked the big man upstairs.

And the next step he took – as one of the 53 players at Winnipeg Blue Bombers rookie camp – was a significant one for the 21-year-old hometown product.

“Being out in the U.S., I kinda forgot how much fun the Canadian game is with all the motions and stuff. I really did enjoy it. It was probably the most fun in football I’ve had in a very long time.”

It’s impossible to draw any conclusions from the first day of camp, particularly rookie camp, but Oliveira – selected in the second round, 14th overall, in the CFL Draft earlier this month – certainly looked comfortable running and catching out of the backfield.

It’s his pass-catching skills that might be most important for Oliveira to showcase during camp, seeing as offensive coordinator Paul LaPolice has utilized Andrew Harris’ exceptional hands as a regular component in the attack. Oliveira and Johnny Augustine are the two Canadians listed behind Harris on the depth chart, along with import Larry Rose III, the New Mexico State product who has had NFL looks from the Tennessee Titans and Los Angeles Rams.

“It took me a little bit of time to remember I’m never staying still in the backfield, I’m always motioning,” said Oliveira. “It is a lot of fun and it definitely does cause a lot of confusion for the defence.

“But the most fun I had out here was just catching the football. I didn’t catch the ball much at UND (North Dakota) and it seems like out here every second play the running back is getting released out of the backfield and running routes. I think that’s one of my strong suits. Just being able to catch the ball out here today was a lot of fun.”

And the rain, wind and chilly temps that hit the Bombers recruits on the field as they ventured over to practice Wednesday? That’s nothing for a good ol’ Winnipeg lad.

“When we were walking over (some of his teammates) were like, ‘Wow, it’s cold out here. How are you wearing short sleeves and not wearing long sleeves?’” said Oliveira with a grin. “And I said, ‘This is nice weather right now. It’s not cold out. There’s no snow on the ground. This is beautiful weather to play football in.’” 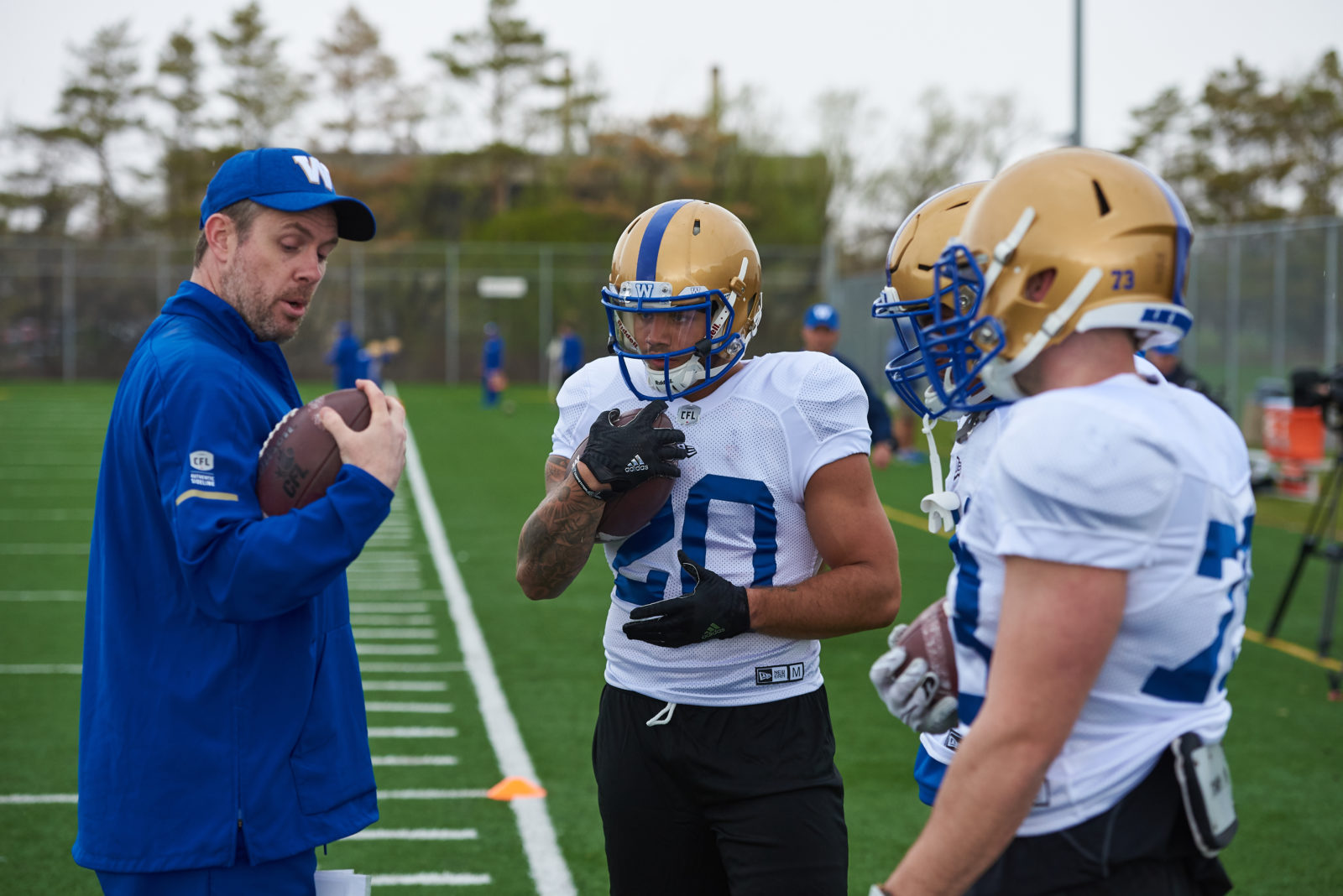 Drew Desjarlais, the offensive lineman whom the Bombers drafted fourth overall in the 2019 CFL Draft, was on the field Wednesday after a crazy stretch of travel that has seen him participate in rookie camps with the New York Giants and Pittsburgh Steelers and then work out for the New York Jets.

“I’ve been all over the place. Lots of flights. The last one was last night, thankfully,” said Desjarlais, who played his college ball at the University of Windsor. “There’s lots to take away (from those opportunities). If it’s not a contract, you get the competition before anyone else here does. I’m warmed up and got that first-week soreness out of the way, which is super nice coming into a camp.

“My body is ready to play football right off the bat and so that’s a little bit of a head start. I got good feedback.

“All along I knew this was the opportunity for me. I was super excited to be drafted… I got drafted while I was in New York in my hotel room and I was crazy excited. Then I’m waking up at six o’clock the next morning to go learn a playbook… that was interesting.

FIGHTING FOR HIS SPOT:

QB Bryan Bennett, who was third on the Bombers depth chart last year behind Matt Nichols and Chris Streveler, was the only veteran pivot on the field Wednesday (rookie camp is optional for QBs). The 27-year-old vet is fighting to keep his spot against two QBs who were at the Bombers mini-camp in Florida last month in Kevin Anderson, who spent some time with the Orlando Apollos of the Alliance of American Football, and Sean McGuire, who had a look from the Miami Dolphins.

Also in camp is Sawyer Buettner of the University of Ottawa. He is part of the CFL/U Sports Canadian Quarterback Internship Program that allows homegrown pivots to develop their skills in a professional environment before returning to school after camp.

“This is something I felt, and after talking to Matt (Nichols) and Chris (Streveler), that I needed to be out here to compete and do what I do,” said Bennett. “We all realize that last year Matt and Chris had a bigger role than I did. For me, I’m still battling every day and there are reps out here I don’t think I could afford to miss.” 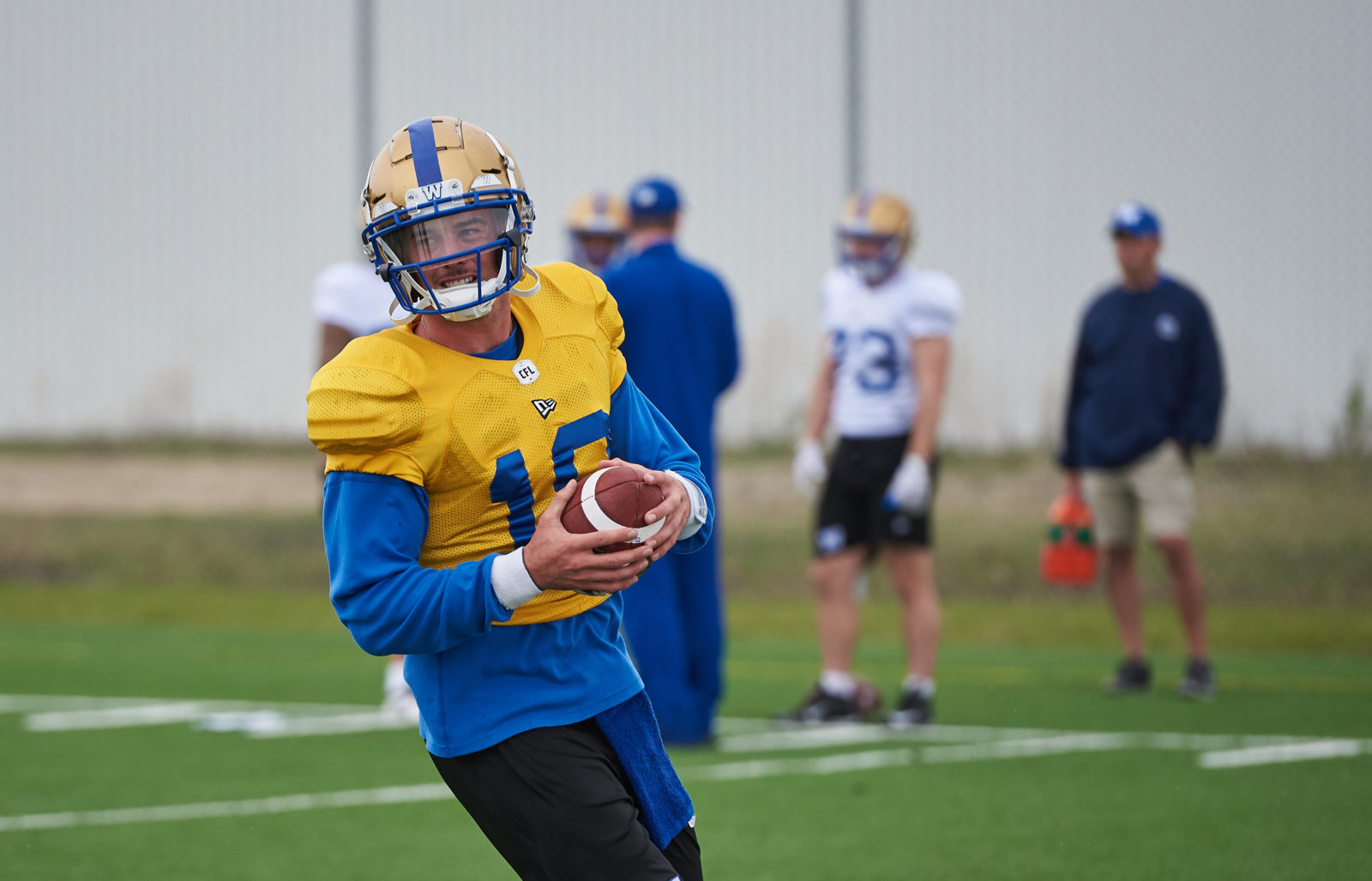 Bombers head coach Mike O’Shea on being back on the field coaching after a long offseason:

“It’s hard to describe. Six years in (as Bombers head coach) and you still can’t help but feel excited. A guy wins a one on one or somebody makes a catch and it’s like this is the greatest thing on earth. I like that feeling. I’m not going to try and temper it, it’s a good feeling.

“I love it. I’m telling you, It’s a long offseason watching film and making plans. And when you finally get out here with a lot of players flying around and giving a lot of effort, taking coaching well and learning to communicate with their teammates, it’s all good stuff. It really is.”

O’Shea was also asked about the tentative agreement the CFL and CFLPA reached on a new collective bargaining agreement in the wee hours Wednesday.

“It’s not anything that I worried about. I was quite confident that not only would they get a deal done, but whenever they did we were going to be prepared.”

One more from O’Shea, who offered up this on how a rookie might be able to make a good impression over the three days of rookie camp before the whole team steps on the field Sunday for main camp.