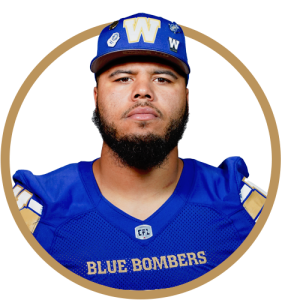 Walker was first signed by the Blue Bombers on February 19, 2021 and dressed for seven games in his first CFL season, registering eight tackles and picking up one quarterback sack in a rotational role on the defensive front.

Walker began his professional journey as an undrafted free agent with the Dallas Cowboys in 2019, before signing with the Cleveland Browns in 2020. That season he also spent time with the Tampa Bay Vipers of the XFL.