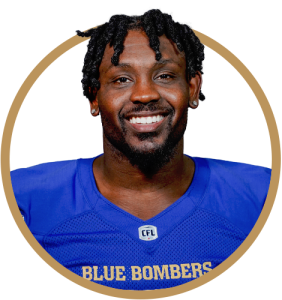 Clements dressed for seven games for the Elks in 2021, recording 11 defensive tackles and two more on special teams.
The Elks released him on February 17th, 2022 and he was signed by the Blue Bombers just 11 days later.

Clements played his college ball at the University of Cincinnati, racking up 187 total tackles, nine for loss, two sacks, two forced fumbles, one fumble recovery and one interception in 34 games from 2015-18. From November of 2019 through March of 2020 he worked full time as an orthodontist assistant ant the University of North Carolina at Chapel Hill.
Clements is a cousin of former Detroit Lions Pro-Bowl receiver Herman Moore.